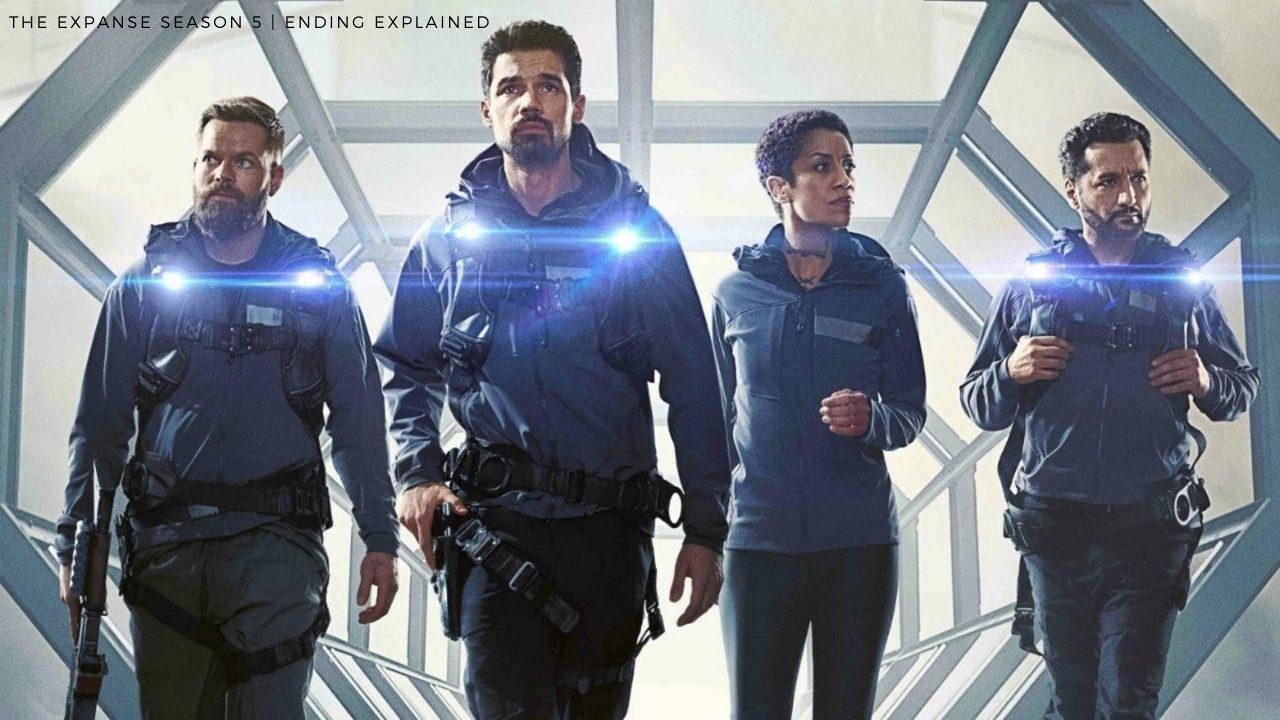 Today, we will get The Expanse Season 5 Ending Explained. As all the fans might already know, The Expanse is an amazing show excelling in the genre of science and fiction. It has been created by Mark Fergus as well as Hawk Gatsby. The plot has been adopted by the novel that goes by the same name but has been penned down by James S. A. Corey. The timeline of the show is in the future. This is the place where humanity has taken control of the entire solar system. The protagonist of this series differs in the outlook of their lives as well as their professions. For one, we have Chrisjen Avasarala, who works as a United Nations Security Council member.

Then we have Josephus Miller, who is a police detective. The third person in this crew is James Holden, who is the officer of the ship. They are the people who place themselves at the center of a conspiracy that happens around the system. By doing so, they get to the bottom of the fragile state of the cold war. We have had five successful seasons of the show, which have delivered us with immense drama until this point in time. There obviously was a lot going on by the end of the season. But if you were unable to understand the ending, then we have wrapped up all the explanations for you.

A still from The Expanse Season 5

In the penultimate episode, we saw that Amos, Clarissa and Erich, and the rest of their group have arrived at Lake Winnipesaukee. They are in the hopes of commandeering a suborbital shuttle. Soon enough, when they were about to take this shuttle off, Clarissa requests the crew to allow him to let some of the winter staff of the mansions join them as well in order to escape through the recent disaster. Later, Avarsala comes to realize that the Pallas Station is under serious attack, and these forces arrive from Earth. This means that there was mass resignation from the entire Cabinet. This means that the current Security General had to stand down but later accepts the forum, which invites her back to the position. Then we see that Drummer is well aware of the fact that Naomi is still alive. She is currently residing in Chetzemoka.

Also, he can do nothing at this point to save her. It is because an order has arrived from Drummer to have a strike force in order to destroy all her friends located on the Rocinante. All this while, Filip gets manipulated once again after he comes to find out that his mother has survived all of the attacks. Soon enough, realization struck Bobbie as well as Alex that they are pretty close to Chetzemoka than Holden is right then. All this while, alter course is in Razorback. Amos is having a party, but it is ruined by a private security detail in the darkness of the evening. After having brutal action sequences, the characters are all able to launch a successful bound for Luna.

Now, in the last episode titled Nemesis Games, we saw that Rocinante is now surrounded by the Free Navy ships. All this while, Karal is betrayed by Drummer, which directly means that she loses members of her crew in the protest. At the same time, Inaros comes forth and eliminates her associates in retaliation. Later we see that Naomi breaks a pressure valve in Chetzemoka. This puts the entire ship into a spin, thus preventing docking. But Alex was determined to have a docking maneuver with the Razorbacks anyway. Also, we see that Naomi has finally fled Chetzemoka in her suit while also trying to warn the people.

Bobbie comes forth to save her before the life support in her runs out. This episode saw the death of Alex because of a high stroke. On Luna, the crew from Rocinante come back together. This is the place where Amos has tricked Holden into providing Clarissa with a safe refuge. Avarasala elects the team once again, and Bobbie joins the force this time. During the concluding moments, we saw that MCRN Barkeith had transited a ring gate en route to Laconia. This is a world beyond the ring space. All this while, the people who actually destroyed the Ring Builder wake up and ruined the ship.