The Expanse Game: When Does it Release? Trailer & Platforms 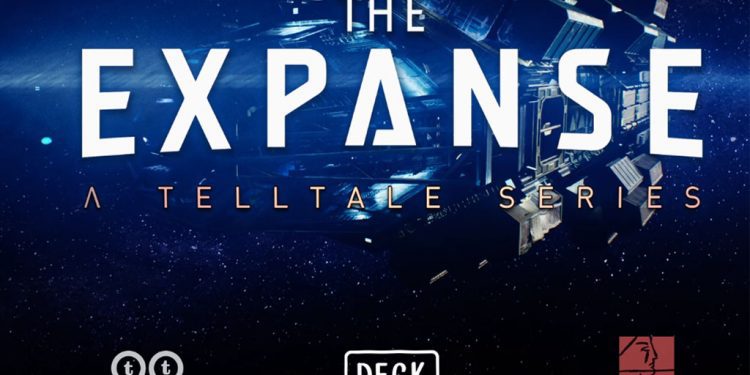 There were a couple of great new games announced at the Game Awards 2021. One of the more shocking announcements came from a studio that many people thought they’d never hear from again. Telltale Games unveiled “The Expanse Game” Trailer, a new game based on the popular sci-fi series that the firm is developing in association with the award-winning studio behind “Life is Strange: True Colors.”

James S.A Corey wrote the novel The Expanse, which was made into a television series that was released on SyFy later moved to Amazon Prime. The blockbuster series is entering its last season. The Telltale announced that they are creating a new game series based on the iconic character Drummer. Deck Nine, the creator of Life is Strange: True Colors, which will aid Telltale.

The trailer starts with the Artemis, a spaceship reaching Jupiter. A deep voice reveals the person they’re speaking with prominence, quoting their accomplishments. While several shots reveal dead crew members, a missile drifts through the ship toward an exit. As the suspense rises, Camina Drummer grabs the bullet from the air into her hand, which is exposed by the person speaking.

Following that, audiences are surprised with a clear shot of Cara Gee reprising her role as the popular Expanse character. Camina states that “truth is truth, how you deal with it is up to you Boss Man”. She says this before she opens the airlock and launches a man into space.

Cast Of The Expanse

It was based on a series of novels by James S. A. Corey, which feature a big cast of colorful people who bring the space story to life. Several major characters are likely to show up in the game. However, only one of them may be featured.

Camina Drummer, the Assistant Director of Tycho Station and the Captain of the OPAS Behemoth Station in the series, is the only featured character in the trailer. Cara Gee plays Drummer, who shows up in 42 of the 58 episodes of the TV series currently available. In the future game, Gee also appears to be returning as a younger version of the strict XO.

What Would Be The Plot Of The Game?

“The Expanse” takes place hundreds of years in the future, when mankind has spread across the Solar System, spawning multiple military factions and governance systems that are all locked in a tense cold war. The teaser doesn’t reveal much about the game’s plot. Other than the truth that Drummer should not be treated as a toy, it is mentioned in the game’s description that Camina Drummer will be the commander of the ragtag gang in search of mysterious treasures out of the zone.

Players in the role of Drummer have a lot of tasks, like fighting blood mutiny, exploring regions outside of the zone, and, most significantly, making key decisions that determine the fate of the crew and the Artemis ship. A traditional technique of Telltale is making basic judgments that go awry. Put the gamer in a situation where everything feels like it’s a matter of life and death for the crew members.

Who Is The Co-Developer Of The Expanse?

Followed by the success of the famous TV series, The Expanse, the prequel of the telltale series has been revealed at the game awards 2021. From the creators of “Life Is Strange Before The Storm,” Telltale Games is co-developing the Expanse Game.

When Will The Expanse Release?

With a game based on “The Expanse” on the way, the next question is that when it will be published. Unfortunately, no information has been released on that front as of yet.

The game has presently not announced the release date. Neither the announcement trailer nor the official website provides any hint of when fans may expect to get their hands on The Expanse Game.

In Which Platform Will The Expanse Release?

The Expanse game will be available on PC, Playstation 5, and Xbox X and S series. The Nintendo Switch already has a number of Telltale games, so it’s a strong competitor to host the game. Its compatibility with the PS4 and Xbox One is not yet confirmed.

Star Trek Resurgence: When is it Coming? Trailer & Characters