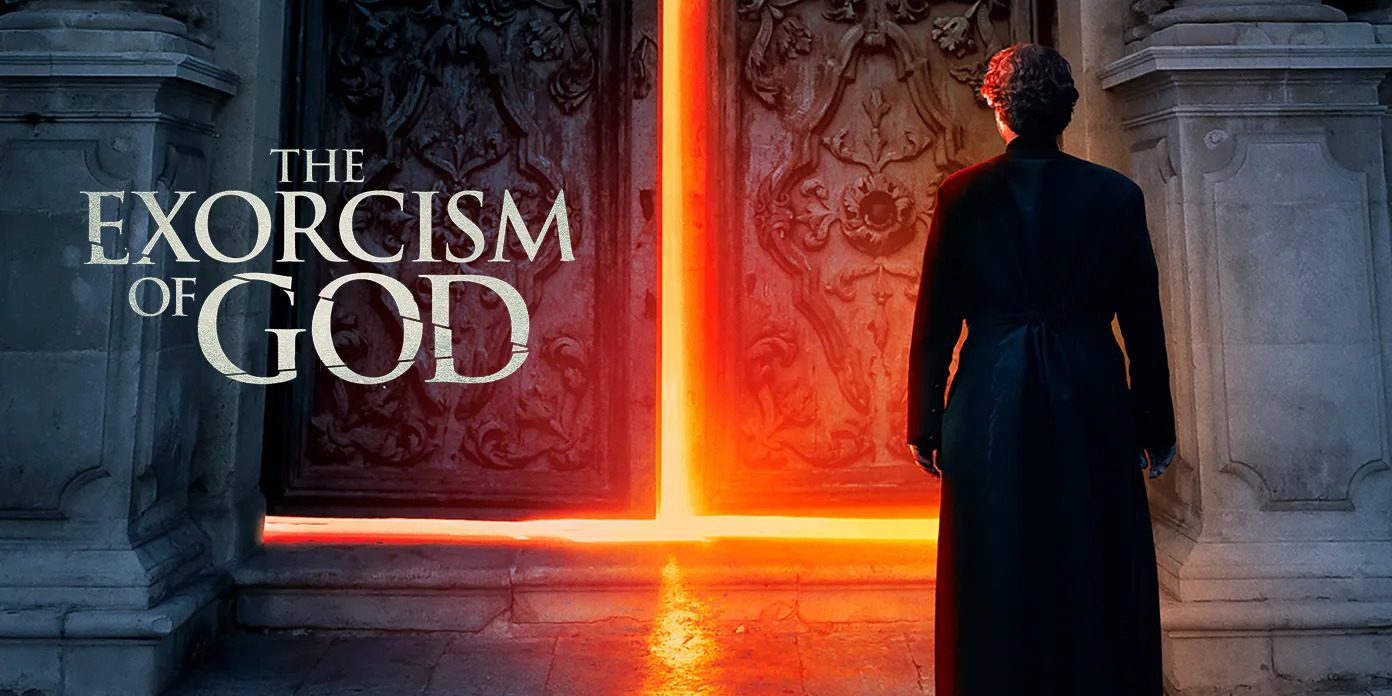 Exorcism films are overplayed for a reason. When they hit, they touch into a primitive, innate dread, playing on themes of faith, control, and religion that shake people to their core, even non-believers. The Exorcism of God, directed by Alejandro Hidalgo, falls short in this sense, yet while relying on common tropes, it has enough distinctive flourishes and goes crazy enough to be really spectacular and a darn interesting watch. Here, we have our review of the 2022 film The Exorcism Of God.

Father Peter Williams, an American priest, ministering in Mexico, is coerced into executing an exorcism for which he is unprepared. It goes wrong, and he ends up committing a horrific sin, despite the fact that he appears to have thrown out the demon. He now lives in a little village, 18 years later, in silent servitude. Despite the fact that he is revered by the population, he is nonetheless plagued with guilt and secrets. A familiar demon appears and takes possession of Esperanza, a young lady, setting off a war for the village’s soul.

The Exorcism Of God 2022 Review: The Same Old Thing

There’s no reason for The Exorcism of God to be so serious about itself. Director Alejandro Hidalgo seemed to have the proper approach for the first 15 minutes, depicting an amusingly campy exorcism of a young woman named Magali (Irán Castillo) who is possessed by the demon of deception Balaban. In the scenario, Fr. Peter Williams (a mostly forgettable Will Beinbrink) disobeys orders to commence the exorcism since there is no time to wait for holy reinforcements, even though he is not ready in God’s eyes. For his troubles, he is subjected to a never-ending bombardment of sexual comments, but not in the horrific sense of a film like The Exorcist. No, Peter’s secret crush on Magali is only a tool for funny horny seduction by a demon. If it’s attempting to be frightening, it fails miserably. 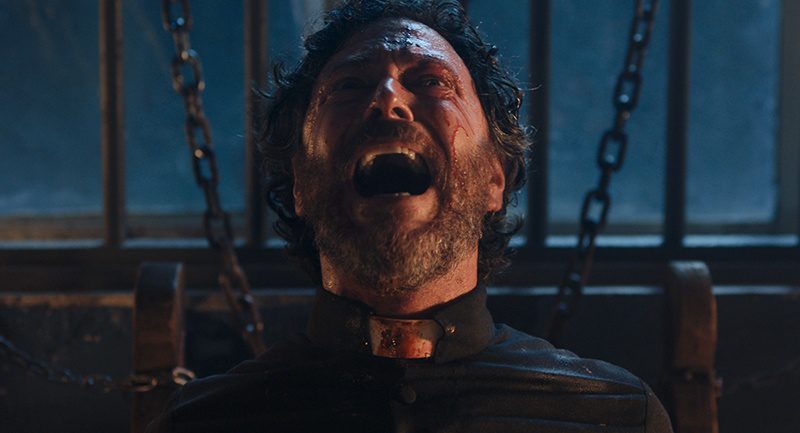 Balaban attempts a last-ditch possession of Peter, compelling him to sexually assault Magali’s unconscious body. Peter stays with the secret for another eighteen years, knowing that if he tells a Bishop, he will be excommunicated and unable to continue his orphanage charity work in Mexico, which he has been doing for nearly as long. Don’t get me wrong: The Exorcism of God isn’t interested in telling a thought-provoking plot about accountability or concealing the truth for the greater good. Peter, on the other hand, will have to be pure of heart and eventually confess if he is to permanently exile Balaban.

Balaban Is Back With An Army

Balaban has returned, to speak of it. This time he has set his sights on Magali’s daughter, Esperanza (Maria Gabriela de Fara), who is likewise a product of Peter’s possessed rape. The Exorcism of God, on the other hand, isn’t concerned with the father-daughter feud because it’s more interested in a spiritual rematch that ups the ante in a variety of bizarre ways.

Balaban is also assembling an army, enlisting the help of his many henchmen to seize as many children as possible from the orphanage and the prison where Esperanza is being held for terrible crimes. There are also some demonic versions of Jesus Christ and the Virgin Mary plaguing Peter in his dreams and realities, but they aren’t frightening. They are plastered in terrible makeup and come with laughably awful CGI for sprinting along walls while growling like rabid dogs, just like the rest of the possessed here. 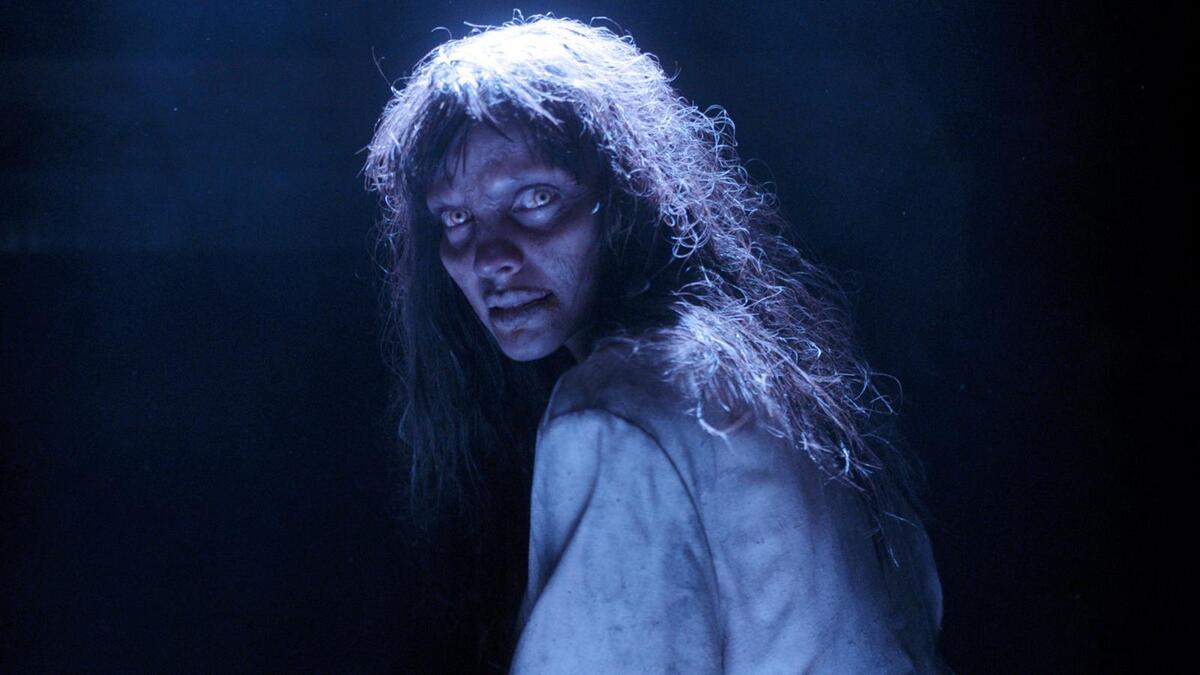 Got Some Help From Worlds Greatest Exorcist

For the second round, 18 years later, Peter enlists the help of a fellow priest who has previously defeated Balaban, Fr. Michael Lewis (Joseph Marcell), who is doing his damnedest to inject some levity and fun into this farce. To the film’s credit, there is an intriguing role reversal in which the possessed attempt to exorcise God from Peter. That doesn’t make sense if he’s demonically possessed and carrying the guilt of sexual assault.

It’s mostly a waste of time because it devolves into Peter and Balaban yelling various sections at each other for ten minutes. It’s also a depressingly solemn sequence that lacks the silly joy that the intro promised. That’s not even the worst of it, since the third act casually reveals that the church Peter belongs to is homophobic for some odd reason. There’s also some sequel bait, hinting at a battle between heaven and hell, and films like this prove hell exists.

Final Thought On The Exorcism Of God 2022

As it approaches a very literal finale, “The Exorcism of God” indulges in a slew of aesthetic and narrative tropes, yet it still has enough originality to set it apart from most possession movies. Its characters and plots are well-developed and follow a logical path without straying too far from their intended goals and themes. When the pictures aren’t too gloomy, the sound design is ecstatic, and the sights can be rather spectacular. “The Exorcism of God” is always committed and frequently startling, even when it makes mistakes. If you like exorcism movies, you’ll enjoy this one because it has both the expected and unexpected twists and turns. If you aren’t a fan of exorcism films, we recommend you give this one a shot.