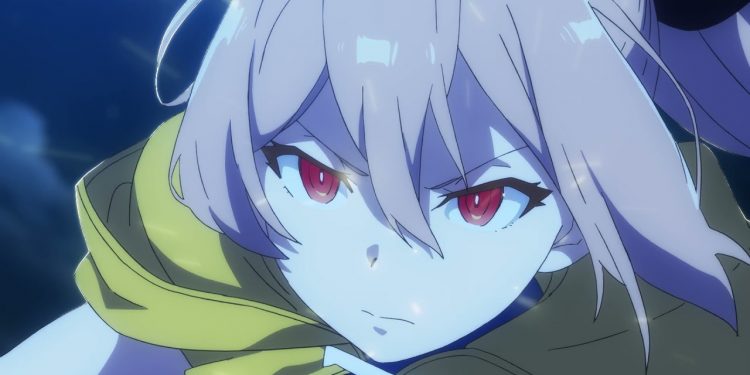 The Executioner and her way of life

The Executioner and her way of life novel are very popular among fans, and it was a matter of discussion, Whether this novel-based story get its adaptation or not, but creators finally heard the voices of their fans and announced something that excited them to a great extent. The announcement spread like wildfire among fans, and the anime is just around the corner, and all we need to do is to wait a little longer. In this article, We are going to unveil everything about The Executioner and her way of life novel, and we will also discuss its plot, writers, characters, and where to watch it? So make sure to read this article till the end.

The Executioner and her way of life is a Japanese light novel written by Mata Sato and illustrated by Nillitsu. There is a total of six volumes, this light novel has, and its rights are reserved by Yen Press in the USA. The manga adaptation of this light novel was showcased in Square Enix’s Seinen Manga Magazine in June 2020. This was the basic synopsis of the novel The Executioner and her way of life. Now let’s dive into our main topic.

The Executioner and her way of life Plot:

The series has a very simple plot that revolves around Menou, an executioner who eliminates lost ones. Once, she attempts to kill Akari but failed miserably. Later, it is revealed that Akari can reverse her death even after dying. The story is all based on Menou’s tactics to kill Akari. Something strange happened in between, which you can know after reading this interesting novel.

Wanderers are the lost ones which came from an alternate world called Japan and had powers called Pure Concept. They wanted to create a civilization where Japanese culture and the Japanese language solely exists. Their powers brought chaos to the world and create havoc in Manou’s reality. So these are the ones Manou wants to kill to save his world from Wanderers and ultimately become an Executioner.

The Executioner And Her Way Of Life Anime Announced:

Finally, The creators on Thursday that the production house and all the talented cast is working tirelessly for the anime adaptation of The Executioner And Her Way Of Life novel. They put various PVs and arts in front of fans and ask them to wait a little longer. According to officials, The Executioner And Her Way Of Life Anime can premiere anytime in 2022 in Japan and on Various global anime streaming platforms.

If we talk about the cast, Yoshiki Kawasaki took charge of the direction, and Shogo Yasukawa is the head of the script supervising staff. Keiko Tamaki is responsible for designing the characters. Jin Aketagawa putting the backbone called Sound to the upcoming animated version of The Executioner And Her Way Of Life. Moe Kahara is giving a voice to Akari. Previously, this responsibility was given to Moeka Kishimoto, but later the responsibility was given to Moe. The other cast member includes Iori Saeki as Menou, who is very talented and will definitely give out of the world experience to fans. So we can finally say that the stage is all set, and all we have to do is Wait for A Little Longer.

Where To Watch The Executioner And Her Way Of Life Anime After Its Release?

Now last but not least, Where To Watch The Executioner and her way of life anime after it gets release? There are many platforms that allow us to watch anime legally, but the most famous and recommended platform is Crunchyroll. Crunchyroll is a home for thousands of top-class anime that allows you to enjoy millions of anime anytime, anywhere on your single subscription in the highest quality possible. If you are following any current ongoing title, then Crunchyroll is definitely a must-have app as it allows you to watch the fresh episode just after it gets premiered in Japan. The most awesome thing about Crunchyroll is, If you don’t want to pay for the subscription, you can still enjoy watching your favorite anime with ads in Standard quality as it supports ad-supported content. It’s a win-win situation.

We highly recommend to watch anime from legal sources as it helps creators financially.

Also, read: Who Is Itachi Uchiha’s Girlfriend? A Glimpse On The Love Life Of Itachi