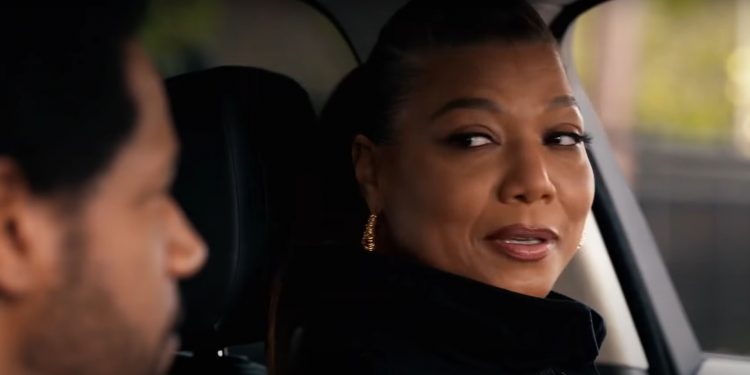 As the last episode before the autumn finale, the sixth episode was greatly anticipated. Firstly, the D.A. hires McCall to seek down a sharpshooter in this dramatic episode. Random, unrelated persons are murdered in New York City in an unusual event. Now, what will happen on The Equalizer Season 2 Episode 8? The episode picks up the investigation and connects it directly to McCall since her daughter, Delilah, gets caught in one of the shootouts while in a nearby park. She suffers from severe PTSD as a result of this.

Fortunately for the city, Robyn, with some assistance from others, can halt the murdering spree. The offender is discovered to be a former war veteran suffering from mental health problems. Delilah is now relieved and a bit less anxious about the incident that her mother has apprehended the perpetrator. Now without any further ado, let’s begin taking a look at The Equalizer’s upcoming episode.

The Equalizer Season 2 Episode 8 will release on Sunday, January 2, 2022, at 9:00 PM, Eastern Time, United States on the CBS network. Firstly, this season will consist of ten episodes. Secondly, this next-to-last episode will mark the conclusion of the story arcs and plotlines created this season revolving around the life of Queen Latifa’s character Robyn McCall. A great many things remain a mystery, such as the “unexpected guest.” The primary case will revolve around Bishop’s background and a terrorist who appears to be endangering the very basis of his existence. What McCall will do to assist with this, or even what the cost will be, will undoubtedly comprise the major plot in the following episode.

Why is The Equalizer taking a Christmas Break?

As you can see, you will have to wait until next year to see the series return to the air. We know that CBS has programming from now through Christmas Day due to numerous holiday-related shows and no further episodes of Queen Latifah’s sitcom are on the schedule. It’s doubtful that they’d run an episode between Christmas and New Year’s, so we’d expect to see the program return in early January on the date aforementioned.

Where to Watch The Equalizer?

If you wish to watch The Equalizer, all you have to do is tune in to the CBS network during the airtime. Now, if you miss the show during air time, the program will screen on the CBS app and website. Additionally, the episode will be available on Paramount+. Moreover, Paramount+ is a very good platform, which only costs you US$ 5,99 a month and opens up a vast catalog of series, movies, and shows.

Bishop is in a pickle. Someone was after him. He was aware that someone was after him, so he resorted to his best buddy, the one person in the world in whom he had complete confidence. Bishop shifted his gaze to McCall. He needed her assistance. He informed her that he had been hacked and threatened to reveal details about his well if he did not pay.

This individual was threatening to reveal everything. This includes a copy of his official CIA file. Additionally, the hacker would reveal military secrets, putting Bishop’s life in danger. Bishop was keeping something from everyone. This was such a massive secret that not even McCall knew about it, so he had to come clean when he begged for aid. He informed her that he was the father of a kid. He has a son. His son’s identity would also be exposed, putting his son’s life in danger if his adversaries learned that his file was for sale.

Bishop’s son is likewise unaware of him. During his years of spycraft, Bishop met a lady called Adhara, and the two fell in love. She was coerced into joining a terrorist cell. She needed to flee, and Bishop assisted her. Something triggered another. When he took her to the United States, they discovered she was pregnant, and they both recognized what was best for their boy. She was already fleeing a difficult position. Adhara didn’t want to bind herself to another difficult circumstance, nor did she want to hook her only kid to Bishop and his lies. Bishop had left. Adhara reared her kid on her alone, but she died less than a year ago.

His kid Zaed is unaware of his father’s existence. Bishop has never met him face to face. He had been keeping eyes on him via his ex, so he went to his son’s apartment for the first time to inform him about the danger. But his kid was not present. The young guy had been kidnapped, and the kidnapper had left behind his mobile phone so that he could contact Bishop.

Bishop was summoned to a meeting. He did so even though he suspected it was a trap or that he would be murdered since he didn’t want his kid to be injured, and regrettably, he discovered who had taken his son. Hassan Talib, a notorious terrorist, kidnapped his son. Lastly, Talib was really married to the lady Bishop assisted in fleeing.

Talib, in other terms, abducted his own stepson. When Adhara escaped, he and Adhara got married. They met in college, married, and then Talib’s parents were murdered. He returned to Syria and became radicalized. He began to inflict harm on others, earning him the moniker “the Architect.” Adhara couldn’t abandon a guy like him. She needed to flee, and Bishop assisted her in doing so. They had no intention of falling in love or having a kid, yet they did. Talib must have learned about it. He grew to despise the guy who had taken his wife and fathered her “bastard” kid, and he started hunting for Bishop because he constantly intended to do his vengeance.

Talib wanted by the US authorities

Only once he got renowned did his intentions alter. Talib was sought by the US, so hiding in the US wouldn’t work for long. He wanted to flee. He was requesting Bishop’s aid in escaping, so McCall agreed to assist. Harry decided as well. Mel didn’t want him to be engaged since they attempted to resurrect him from the dead, and helping a known terrorist would jeopardize their efforts. Mel refused to assist Bishop. She was only outvoted because the others chose to aid, and she agreed. They attempted to save Bishop’s kid. They also carried through on their promise to get Talib out of the country.

McCall gets a fake passport

McCall enlisted the help of a friend to get false passports. The buddies spotted Talib and informed her she was no longer welcome after this favor, but that was OK since they had obtained the access and McCall had hired a pilot. She managed to get Talib on a plane. They took a plane to Cuba. Talib was about to leave without telling his friends back home to let Zaed go, so Robin took a chance. Talib was shot by her. Using her watch, she sent a warning to Bishop. He was in charge of everything else. Bishop went to where Zaed was being kept and was apprehended. He did so so that he may be transported immediately to his son. He then broke free from his shackles and liberated his son.

They escaped by using equipment Bishop had concealed on him. They also got away with Mel’s aid, and in the end, Bishop never told his son the truth. He said that he was waiting for the appropriate moment to inform him. They didn’t have to be concerned about Talib. McCall assassinated him, and the majority of his men were killed. McCall’s crew performed an excellent job.

McCall checked in with her aunt once they returned to the United States. Her aunt experienced a flashback. Aunt Vi used to be in a relationship with a woman that ended because the other person was too terrified to come out as homosexual. Her buddy divorced her and married another guy. However, Vi was contacted by a friend’s daughter. And Vi was too intrigued to dismiss what her daughter had to say. Regrettably, Harry was subsequently jailed for hacking into the CIA’s systems. With this, we wrap up our coverage of this topic here at Otakukart, thank you for reading our article, and please keep coming back for more daily updates.

Is OJ Simpson on Tiktok? About the Former NFL player