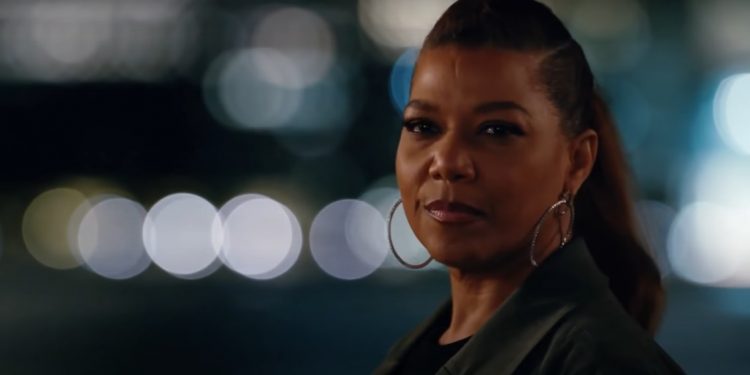 After the Christmas and New Year’s hiatus, The Equalizer Season 2 returned for a couple of episodes. But when is The Equalizer Season 2 Episode 10 returning to the CBS screen? Firstly, this crime show starring Adam Goldberg and Queen Latifah is now in its second season and is full of action. In the latest episode, Robin makes a lot of visits to get the proper analysis, influence, and information to act accordingly to all the threats.

This 2021 reboot of The Equalizer starring Queen Latifah has Andrew Marlowe and Terri Miller as showrunners. Back in 2020, the CBS network ordered this new version of this show, and under the seal of Flavor Unit, CBS Television Studios, Martin Chase Productions, and Davis Entertainment got together to bring us this action-packed crime show. Now, without any further ado, let’s begin covering this topic here at Otakukart.

The Equalizer episode shows a man suffering from a gunshot wound to the stomach. Someone approaches him with a gun and reshoots him when he says, “please no.” Viola and Delilah are having a conversation at the breakfast table, and Viola says she isn’t sure if she wants to go to college. Robin walks in and tells her she is. Viola departs to meet Tiffany, while Robin informs Delilah that she believes Delilah sometimes says things to see how they will react.

Robin visits Harry, who expresses his delight at being free in the world once more. However, he lost his place in the world due to gaining it. Mel informs Robin that they have received a message from Deidre Blackman, the wife of Dilemma, the rapper who murdered his rival in cold blood. Despite her husband’s confession, Deidre stated that she has proof that he did not commit the crime.

Robin visits Deidre and performs a song for her, claiming that whoever composed the music was aware of details about the murder that were not made public. As a result, she believes Sid Slay, the song’s composer, did it. Robin visits Dilemma with Dante in prison and performs the track for him. Dilemma claims it’s nothing more than a con artist looking for a quick buck. Dilemma brings the conversation close by telling them that if they knew what had been best for them, they would leave it alone. Instead, Dante says he’ll look through the case file to see what he can find. Dilemma returns to his phone and dials a burner number, telling the caller that the cops are on their way and that they know what to do.

Robin’s next stop is to see Braller, a protégé of the assassinated rapper. When Braller arrived, his man was dead on the ground, and Dilemma was peeling away. Robin discovers that Dilemma’s son, Daoud, lied about his whereabouts on the night of the murder and that he is someone Dilemma would want to protect. Also, Sid Slay’s voice appears to be distorted; it’s possible that Daoud created that track. Delilah and Cameron arrive at the house; they meet through Tiffany, his cousin. Violet opens the door because they believe they are alone outside the home. Delilah is taken aback, and Violet invites them to dinner. Cameron says he is not attending college because he thinks it is worth going into debt.

When Robin visits Daoud at the recording studio, he informs her that his mother wastes her time. She admits that she is aware that he lied about his whereabouts on the night of the murder. He claims he was in the studio recording dis tracks. He claims the Shadow Boys put him in the hospital, and his father killed the rapper two weeks later. Robin tells him that she believes Sid Slay is involved and that there is more to this story than what the media is reporting.

In the car, Dante called Robin, who informs her that the janitor didn’t just see Dilemma the night of the murder, but also Jacob Styles, the head of Trigger Beat Records, Dilemma’s label. The janitor was paid $25,000 to say nothing. When Harry looked into Styles’ eyes, he noticed that he had taken out $25,000 just before the janitor received the money. And, for the past ten months, he has been getting regular payments from Dilemma, which began shortly after Dilemma was arrested.

Robin goes to Trigger Beats and tries to get in by lying. But that maneuver simply does not work. When Robin calls Dante to tell him she’ll need his badge to get in, someone on a motorcycle drives by and shoots at her. Dante arrives, Robin is fine, and he wonders who is rich enough to be poking around in this. Later on, Dante and Robin find their way into Styles’ office and tell him everything they know. Dante admits he was there to reason with Dilemma and that he was supposed to record a peace track with the other rapper that night.

He was in the studio with Dilemma when the shots were fired; he knows Dilemma didn’t do it, but he has no idea why he was blamed. Sid Rogers, aka Sid Slay, is tracked down by Harry and Mel. Sid found the words in a notebook about a month ago and made the track, masking her voice because she didn’t think it would fly as a female rapper; she gives the notebook to Robin, who has no name on it.

Cameron calls Delilah, and she tells him that college is essential to her; he becomes upset and bounces. Someone was pitting the two rappers against each other, and it was Braller who sent the text; he was aware of the truce and was attempting to break it. When Robin approaches Braller and expresses her concerns, he pulls a gun on her. He claims that one of them had to leave. Daoud enters with a second gun and informs them that he is there to end it. Robin tries to reason with Daoud; she doesn’t want him to end up in prison by switching places with his father. When Braller becomes distracted, Robin can control him and his gun, which Daoud surrenders.

Delilah is upset at home, and when Cameron calls and hesitates to answer, Voila tells her to take it. Cameron invites her to a movie the following weekend and apologizes for tripping her. He understands how important college is to her, but he wants her to know it isn’t for him. Dilemma tells Robin that she is responsible for his entire family’s well-being. Robin informs Harry that there is a discounted subway beneath the bar that no one knows about and that he can work from there. Harry claims that he believes he has reclaimed his life.

Where to Watch The Equalizer Season 2?

All you have to do to watch The Equalizer is turn on the CBS network at the appropriate time. If you miss a show during its broadcast, it will now be available on the CBS app and website. The episode will be available on Paramount+ as well. Furthermore, Paramount+ is a fantastic platform that costs only $5.99 per month and gives you access to a huge library of series, retro movies, and shows like 1883 and “Mayor of Kingstown” starring Jeremy Renner. Also, a subscription to Paramount+ also gives you live access to CBS News and local channels, depending on your location. In the next section, we share with you the upcoming The Equalizer Episode release date.

The Equalizer will release on February 27, 2022, at 21:00 hrs, Eastern Time, United States, on the CBS Network. Firstly, every new episode lasts around 50 minutes. Secondly, this episode has no official synopsis yet. Thirdly, the episode was written by Andrew W. Marlowe, Michael Sloan, and Terri Edda Miller. With this, we conclude our coverage of this episode here at Otakukart. Thank you for reading our scoop, and please keep coming back to our website for more daily updates on all your favorite series, movies, and shows.