The Ending Of The Prestige Explained: Twisty Tale Of One-Upmanship 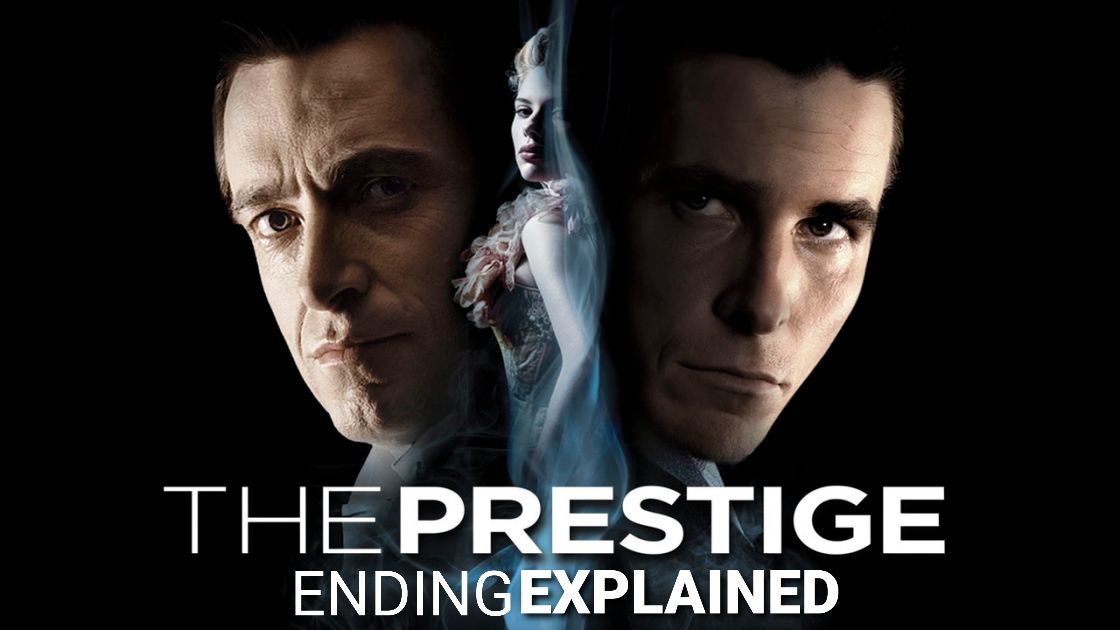 The ending of The Prestige follows the well-known trend of Nolan’s movies. However, it’s a complex story that actually concludes with a seemingly non-ambiguous end. There’s more than meets the eye here, though. Helmed by Christopher Nolan, the screenplay is written by him and his brother Jonathan. The film is an adaptation of Christopher Priest’s 1995 novel of the same name. The Prestige follows two rival magicians in London at the dusk of the 19th century. In their battle of one-upmanship, the rivals engage in petty and dangerous sabotages.

From deception to misleadings, with each new trick and sabotage, stakes get higher. The ending of The Prestige concludes an over two-hour-long affair of complex plot twists and shocking reveals. Let’s try and break down what goes down in the film and what its ending entails.

Also Read: Black Butler Season 1 Ending Explained: What Did The Hamlet Play Mean For The Ending?

The ending of The Prestige, Explained: A Bitter Rivalry.

At the center of the plot are two men — Robert Angier and Alfred Borden. They start as friends, working as shills while aspiring to be great magicians themselves one day. They both have a mentor —John Cutter, an engineer who designs stage magic. The rivalry between the two illusionists starts when Angier’s wife Julia dies one day. Her tragic death comes when a water tank trick goes awry. A broken Angier accuses Borden and holds him responsible for Julia’s death. The bitter rivalry kicks off between the two, and their enmity only worsens with time.

The two-part their ways and pursue magical careers. Gradually, both of them become great and successful magicians. Cutter assists Angier while Borden works with the mysterious Fallon, who is the genius behind the tricks. The rivalry between Angier and Borden eventually leads to both of them incurring massive losses. By the end of The Prestige, both men have sacrificed and lost a lot. It starts with both of them continually sabotaging each other’s performances. Angier sabotages Border’s bullet-catch trick by placing a real bullet into his gun. As a result, Borden ends up losing two of his fingers. He gets back at Angier by spoiling his disappearing bird act.

The peak of rivalry between the two illusionists arrives when Borden develops a new trick. This very trick drives the plot until the ending of The Prestige. The trick involves Borden appearing to magically transport between two places on opposite ends of the stage. Angier tries to break down the trick but can’t get a hang of it. To replicate the trick, Angier finally resorts to hiring a double. The trick entails Gerald Root, Angier’s double, receiving the public’s applause while Angier hides under the stage. Angier’s version of the trick is a massive success, but he doesn’t have the satisfaction he desires.

Angier follows up his efforts to decode Borden’s trick with the help of his assistant Olivia. He sends her to spy on Borden’s trick and gain intel about it. However, Olivia falls for him instead, becoming his assistant. Together, Olivia and Borden sabotage Angier’s performance, which results in his becoming a cripple. Angier later threatens to kill Fallon if Olivia doesn’t trade a secret. She hands him a diary with encoded text. It leads Angier to an independent inventor in America — Nikola Tesla. Angier believes Tesla made a machine for Borden for his trick. Tesla eventually relents to his demands and makes a machine. However, this machine doesn’t transport him from one place to another. It, instead, makes an identical clone on the other end of the machine.

How Tesla and Edison’s Storyline Mirrors Angier and Borden’s

Both Tesla and Angier’s storylines mirror each other. Angier’s efforts to one-up or sabotage Borden mirror Edison more than Tesla, to be honest. Both Edison and Angier are wealthy men. Angier reveals his wealthy background earlier in the film. The ending of The Prestige sees him reassume his true persona — Lord Caldlow. Both Edison and Angier are consistently sabotaging their rivals. Even the way Tesla’s machine works mirrors the way Angier copies (or wants to copy) Borden’s trick. Edison eventually drives Tesla out of Colorado Springs. Before going away, Tesla delivers Angier the machine but tells him to destroy it. He tells him that it will only bring him misery. And sure enough, it does, ultimately taking the greatest toll.

Tesla’s machine creates clones, and so begins Angier’s magic trick. His trick sees him drop into the tank beneath the stage while the clone is above it. However, in the ending of The Prestige, the twist changes this routine. Angier sacrifices clones each night which are then dumped into an abandoned theatre. One day, Borden sneaks backstage and witnesses Angier dropping down into the tank. Angier is aware that Borden will see who he’ll think is Angier, die. Cutter arrives and calls police on Borden, who is sentenced to death for killing Angier. Meanwhile, Angier visits Borden in prison, along with Borden’s daughter Jesse. Borden pleads with him to let his daughter go in exchange for his tricks. However, Angier declines his pleading and leaves with Jesse.

Ending of The Prestige: The Final Confrontation

Borden’s trick was that he had an identical twin all along. And it was none other than his assistant Fallon. They sacrificed a lot to keep the illusion alive, living shared lives. Borden’s wife, who starts suspecting he has an affair with Olivia, eventually commits suicide. However, it wasn’t him but his brother that Oliva fell for. After her suicide, Olivia too left London, tired of the feud between him and Angier. The man who the police arrests for Angier’s murder were Fallon. While he went to prison, Borden is still out. When Cutter realizes that Angier is alive, he feels betrayed and tips off Borden.

Now we arrive at the ending of The Prestige. Borden arrives at the theatre, where Angier dumps all his clones. Angier has now assumed his original identity, the wealthy Lord Caldlow. Borden confronts him and shoots him in his chest. Finally putting an end to Angier’s cloning cycle, Borden picks his daughter and leaves. Meanwhile, Angier falls dead, dropping a lantern that sets fire in the theatre. The film ends with the theatre housing hundreds of Angier clones burning while Borden leaves with his daughter.

Who does Liz Lemon End Up With in 30 Rock?

Who is Acun Ilicali’s Partner? The Producer has Married Thrice