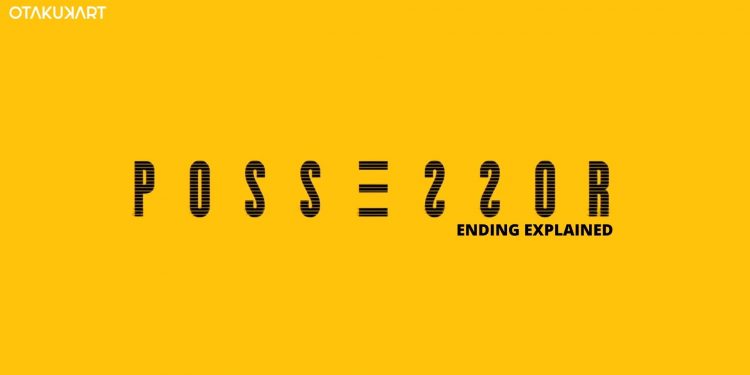 The Ending of 'Possessor' Explained

”A spirit has possessed her/him”  – You must have heard such a line, either in movies or in real life. Also, this line can be expected as there goes a belief that some spirits roam around and they have powers to possess. But what if we tell you that a living woman’s spirit is possessing another living human? Will you believe it? Well, here’s a movie, Possessor that will make you believe such things up to 1 hr 43 mins or in the ending of ‘Possessor’, you might expect such things from future.

This movie shows you a company where a woman that is their employer, is used to possess other humans to kill their targets. She is put in a machine and her spirit is sent to their target’s closest one’s body. She possesses them to kill her target. It’s a sci-fi movie, but it exists with a horrifying plot. However, for some viewers, the ending of the Possessor is quite confusing and some don’t even understand Tasya’s behavior. So, let’s see what happens in the end. Also, in this article, the ending of Possessor is explained, so stick to it.

What was the Plot before the Ending of ‘Possessor’?

At first, the movie shows an incident of 2008. In this part, a girl named Holly pricks a needle in the middle of her head. After that, she starts a machine and behaves weirdly. After this, we see her at a party where she brutally kills a man with a knife and aims a gun at herself. But, then the police arrive and as she points her gun towards them, they shoot her. Now, we see a lady is taken out of a machine, and she was Tasya. She was very traumatized and here we come to know that this lady was the possessor. She, the Assassin, used to put her consciousness into others’ bodies to possess them, just like she did with Holly. Now let’s meet Girder, the boss of Tasya.

She lets Tasya recognize her things so that they can make sure that Tasya is fine. Among which there was a mounted butterfly. Looking at it she regrets she killed it when she was a kid. Now, Tasya asks for leave as she wanted to meet her family that included her husband, Michael, and son, Ira. Gradually, Tasya’s social started getting poor, and she wasn’t to feel any kind of attraction towards anyone, nor her husband. Now, she decides she should go back to work, so as she reaches her office; she knows she is assigned to the biggest contract of the company. The contract was from the stepson of the CEO of a data-mining company and he wanted them to kill his father, CEO John Parse.

This boy wanted to take the position of his dad, but Girder plans something else. She says that they will kill John and then blackmail the stepson and control the data-mining company. The plan was simple and Tasya needed to possess Collin, an employee of that company, and she will force him to kill Eva and John. Eva is the daughter of John and all this might be easy for Tasya, as Collin kind of hates John. Now, Girder and Tasya kidnap Collin and inject a neuro network so that Tasya can enter him to control him. Further, Tasya is instructed that she has to finish this mission within 3 days, otherwise, she will have to bear permanent damage to her brain. Here, Tasya’s consciousness is in Collin and she is controlling him. Collin arrives office and finds a co-worker, Eddie.

Also, he meets Reeta, Eva’s friend, and his ex-girlfriend. Finally, the mission starts. He and other people from the company are at a party where John pokes and humiliates Collin a lot. As a result, Collin starts fighting, and after the party, he goes to John and attacks him with a poker rod, not with a gun, and shoots Eva with a gun. Now, Collin tries to suicide, which was a part of the mission but couldn’t, and here, Tasya vomits blood inside the machine. So, Girder concludes that Collin’s consciousness has overpowered Tasya’s. He runs to Reeta and asks her to hide him but Eddie arrives and knocks him out. Eddie was the man in charge of this mission, so he anyhow helps Tasya to overpower Collin. Well, Tasya was still finding difficulty overpowering him.

Also Read: When Is Dune Release Date In Australia? Unleash The Story Of Strange Sci-Fi Epic

What was The Ending of ‘Possessor’?

At the ending of Possessor, we see Collin and Tasya’s consciousness fighting with each other. Well, it was a mental fight and in which collin wins and ripped the face of Tasya and wears it as a mask. But, Collin knocks out anyway, and when he woke up, he found Reeta and Eddie’s dead bodies. Well, as Collin wore Tasya’s mask so he was able to use her memory. Further, he reached her home and found Michael and kept him as a hostage so that he can know what’s going on with him. Now, in the inner self, Tasya encourages Collin to kill her husband. That means that Tasya never loved her husband.

As a result, Collin kills Michael but then Ira enters, and that little boy kills Collin with a knife. However, Collin shoots Ira before dying. Well, now no one is alive there. And finally, Tasya gets out of the machine in her office. But, we see that Girder is getting out of another machine too. How? So, Girder too gets involved in the mission just to save Tasya. She was controlling Ira to finish Collin. As there is no one in Tasya’s family so now she can focus on her work perfectly. Now, we see something different in Tasya’s behavior. This time she didn’t say anything about that dead butterfly for which she used to regret. But, Why?

Also Read: The Ending of Ad Astra Explained: Why Did Roy’s Dad Choose to Die?

Why Tasya didn’t regret killing a Butterfly at the End of the movie?

The answer is simple – now, Tasya is a perfect assassinator. That is because now, she didn’t regret killing that butterfly. Well, she finally became a monster. She will finally work in a professional way because earlier she wasn’t otherwise she would have killed her targets with a gun and not with a knife or poker. People generally survive such things but with a gun, it’s difficult.  Also, Girder wanted such flame or assassination in Tasya just for her company. That’s the reason she manipulatively slew Michael and Ira.

That’s because Tasya wasn’t focussing on her work because of her family. Also, we can conclude that the movie wanted to show us ‘manufactured identity’ and here, Girder is the perfect example. She bore as if she is caring for Tasya and her company but she was certainly yearning for a brutal assassination for the company. Therefore, the company was everything for her and Tasya was nothing but just an employee.

Also Read: Vanilla Sky Ending Explained: What Happens At The End Of The Sci-Fi Film

What Should We Take Away from the Movie?

We can take away two things from the movie. Firstly that we must manage both work and family. In today’s era, people generally get so busy with their work that they give less or no time to their family. As a result, in the longer run, the family leaves him and the working employee keeps on working for the company but loses everything except money. So, the person should manage both to make their life beautiful.

Secondly, companies and big corporates should take care of their employee’s data. They generally treat their employee confidential data as their property which can be harmful to the employee. How? Well, these careless companies sell the data to satisfy their greed but the employees face problems in the end. So, be very cautious while giving data to anyone, be it a company or an institute.

Furthermore, companies just want their success so they try to extract as much work from their employee as they can. Also, these employees blindly work towards money because of which they lose everything, from their family to happiness, everything.

Top 5 Books that Bill Gates Recommends for this Holiday Season