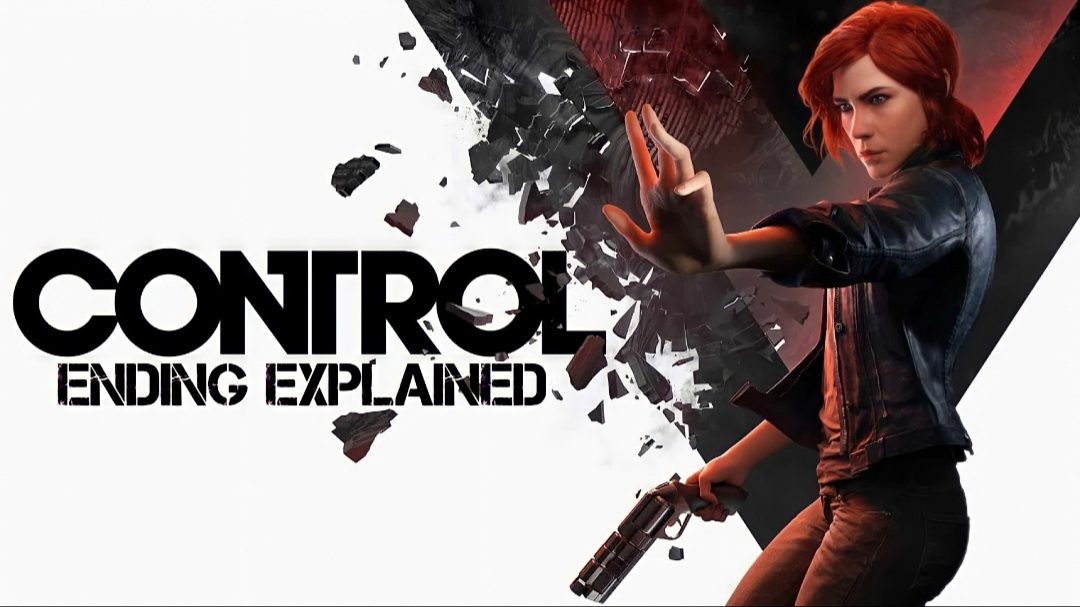 The ending of Control, a game by Remedy Entertainment, entails a confounding conclusion. Remedy Entertainment has been known for complex video games with ambiguous endings. But Control might be the company’s most daring and complex project so far. The action-adventure video game takes inspiration from SCP. It revolves around a similar agency, the Federal Bureau of Control (FBC), that contains and contends with “para natural” phenomena that are contentious with the laws of reality. We play as Jesse Faden, the protagonist, who is in pursuit of her brother, Dylan. Jesse and Dylan were victims of an Altered World Event in their hometown during their childhood.

The sibling found an Object of Power in the form of a slide projector. They accidentally unleashed para natural forced that caused the adult population of their hometown to vanish. A mysterious telepathic entity, Polaris, saved them. Following the incident, FBC captured Dylan and the projector while Jesse fled. In the present day, Jesse turns up to The Oldest House, searching for her brother. With the help of para natural weapons and Polaris, Jesse fights the antagonist entity, Hiss. Meanwhile, she also continues her search for her brother, finding and rescuing him in the ending of Control.

Ending of Control: The Two Endings

Control has two endings, one of which comes after it’s revealed that Dylan was a part of the Hiss takeover. The first ending of Control begins when Hiss has taken over Jess, and the credits start rolling. However, moments later, the credits collapse, and the screen fades to white. We see Jesse again, who now appears to be in some alternate reality. She is working as a regular employee at The Oldest House, engaging in monotonous office work. Her work also involves making routine trips to the office of Director Trench. Trench had seemingly shot himself in the head at the beginning of the game. It was after his death that Jesse became the interim Director.

Jesse has various visions in Trench’s office, and she learns that Trench was the very first target of the Hiss. It was Trench who let the entity inside The Oldest House as well. We also learn that Trench didn’t kill himself of his own accord, it was Hiss’s mind control that did. Jesse eventually manages to defeat Hiss’s control and free her mind. That’s in large part thanks to her inter-dimensional companion Polaris. Jesse then goes to free her brother Dylan as well and succeeds in doing so. She successfully cleanses Dylan of the Hiss. However, the cleansing puts Dylan into a coma. Following that, Jesse assumes the position of Director at The Oldest House, continuing to diminish Hiss off. The true ending of Control arrives only after this when all that’s left are side quests and fighting optional bosses.

The ending of Control leaves many inexplicable loose ends. Several things still don’t quite make sense. Two of said unexplained things are the janitor Ahti and the Oceanview Motel. The nature of the Oceanview Motel is ambiguous, although it seems to be an actual place. It could very well be another Object of Power. Jesse could traverse through different dimensions through the motel. And it also appears that janitor Ahti has some kind of a connection to the motel. Ahti himself, on the other hand, seems to be a whole another enigma on his own.

Who Is Ahti Really?

At first, he seems to be an ordinary, mortal caretaker of The Oldest House. However, as the game progresses, the mysterious powers and characteristics of Ahti keep unraveling. Firstly, he has access to every corner of The Oldest House. He roams inside The Oldest House as he pleases. Ahti is also immune to the Hiss, much like Jesse. Although he doesn’t have HRA or any Polaris-like companion, his immunity might be because of his nature. There are numerous implications and hints throughout the game that point towards Ahti being a paranormal entity.

He might even be a god! That’s because Ahti speaks in a strong Finnish accent, and his name is also the name of the ancient Finish god of seas. This might explain why he can traverse The Oldest House as he pleases and his powers. Another possibility regarding Ahti’s origin and nature is that he’s a board member. At one point in the game, he refers to the director as his assistant. That is only possible if he’s a member of the board, which will make him superior to the director. The true nature of Ahti is still dubitable since he has gone off on vacation near the ending of Control.

The Ending of Control: Hedron and Polaris

The ending of Control sees Jesse overcoming Hiss and defeating it. She does that with great help from her inter-dimensional paranormal companion — Polaris. The entity resides in Jesse’s mind ever since the slide projector incident in her hometown of Ordinary. Polaris helps Jesse a lot on her search for her brother and the slide projector. When Jesse eventually makes her way to the Dimensional Research sector, she comes across the physical being of Polaris. She discovers five pillars with amber sands that were used to contact Polaris. What’s more, is that we also learn that the scientists referred to the being as Hedron. This means that Hedron and Polaris are two names for the same entity. This also explains how the HRAs were able to make the FBC employees immune to Hiss.

The Ending Of The Prestige Explained: Twisty Tale Of One-Upmanship