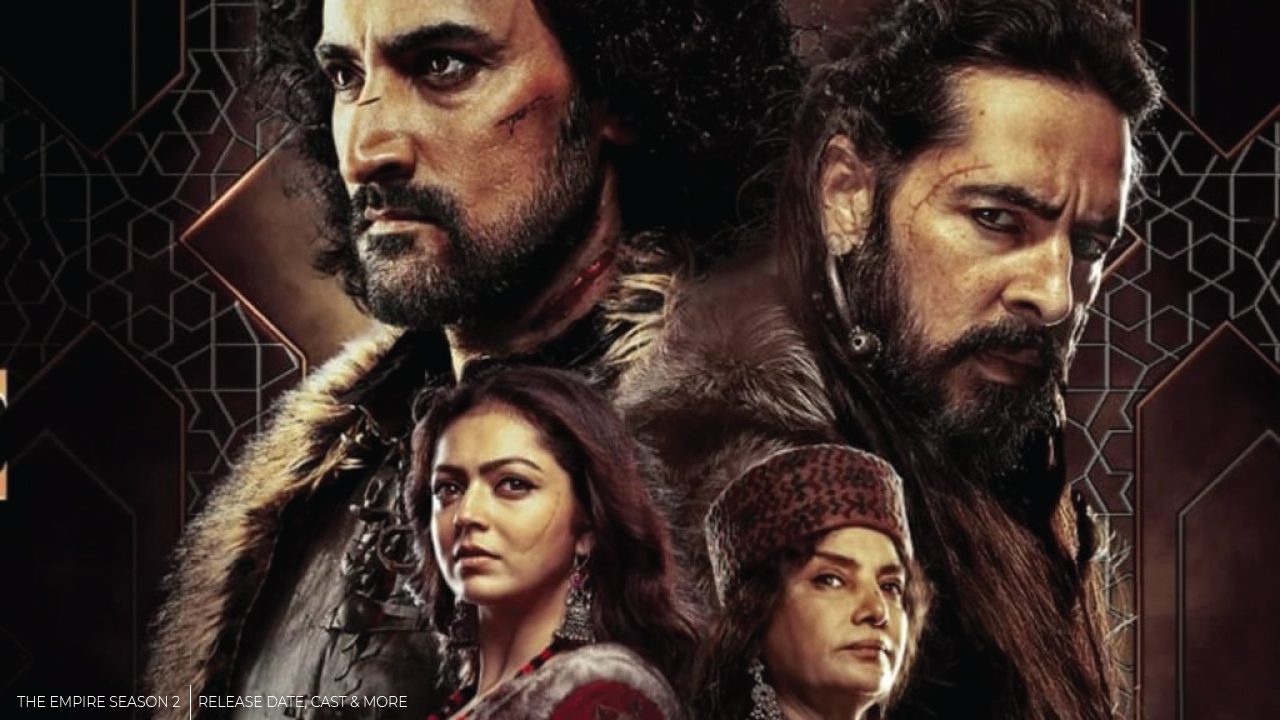 In this article, we shall discuss the release date of The Empire Season 2. The series is among the most popular web series in Indian OTT history; the setting, visual effects, and everything about it are fantastic, and movie fans and critics like it. Shabana Azmi, Dino Morea, Kunal Kapoor, Drashti Dhami, and Aditya Seal appear in the historical drama directed by Mitakshara Kumar, a student of Sanjay Leela Bhansali. Let us go into the details of The Empire season 2 release date.

Empire of the Moghul is an eight-part ( 8 episodes) Disney+ Hotstar series based on Alex Rutherford’s historical fiction novel. The official blurb of the series The Empire goes like this “The Empire recounts the coming of age narrative of a young king and his battle to defend the dignity of his empire and family”. The Empire series, which was shot in Hindi and Urdu, will also be released in Bengali, Tamil, Marathi, Malayalam, Telugu, and Kannada.

Before entering the main topic of The Empire season 2 release date let us quickly give a skim of the season 1 synopsis. This will set all the period drama lovers’ excitement and get them ready for the next seasons’ anticipation. Season 1 of The Empire appears to be set in the late 15th century and early 16th century, chronicling Babur’s early trials and challenges all across Samarkand before turning his attention south-east to Kabul and the Delhi Kingdom.

Babur, the founder of the Mughal Empire, is played by Kunal Kapoor. But The Kingdom begins before he established his empire when he was still a youthful monarch in what is now Uzbekistan’s Fergana Valley. The Empire, according to the series director Kapoor, would span 25 years of Babur’s life.

Shaibani Khan, the first season antagonist of The Empire series, is played by Dino Morea. Shaibani was an Uzbek chieftain who clashed with Babur on several occasions. As The Empire trailer implies, this finally led to Shaibani courting Babur’s elder sister in order to create an agreement of alliance. Khanzada Begum, played by Drashti Dhami, was Babur’s older sister and had a strong bond with her brother throughout their life.

Aisan Daulat Begum, Babur’s grandmother, is played by screen icon Shabana Azmi. She was Babur’s advisor from the time he was 12 years old until he ascended the throne. As Humayun’s mother and Babur’s third wife and primary consort Maham Begum, Sahher Bambba adds to the main characters of The Empire. Aditya Seal portrays Humayun, Babur’s eldest son, who, together with his half-brother Kamran Mirza, would replace his father as Mughal Emperor.

Many viewers are calling for a ban on the series owing to its glorification of Mughals, while others are cheering it on and adoring it. The series is an adaptation of the book by Alex Rutherford, The writer has divided the book series into 6 parts which add to the excitement of fans to expect the next seasons of The Empire. The next installment of the Empire – season 2 has not yet been announced officially as the first season ids recently released. However, we may anticipate the second season by the end of 2022 or the beginning of 2023. Stay tuned to know more about the latest updates and information about The Empire season 2 release date.