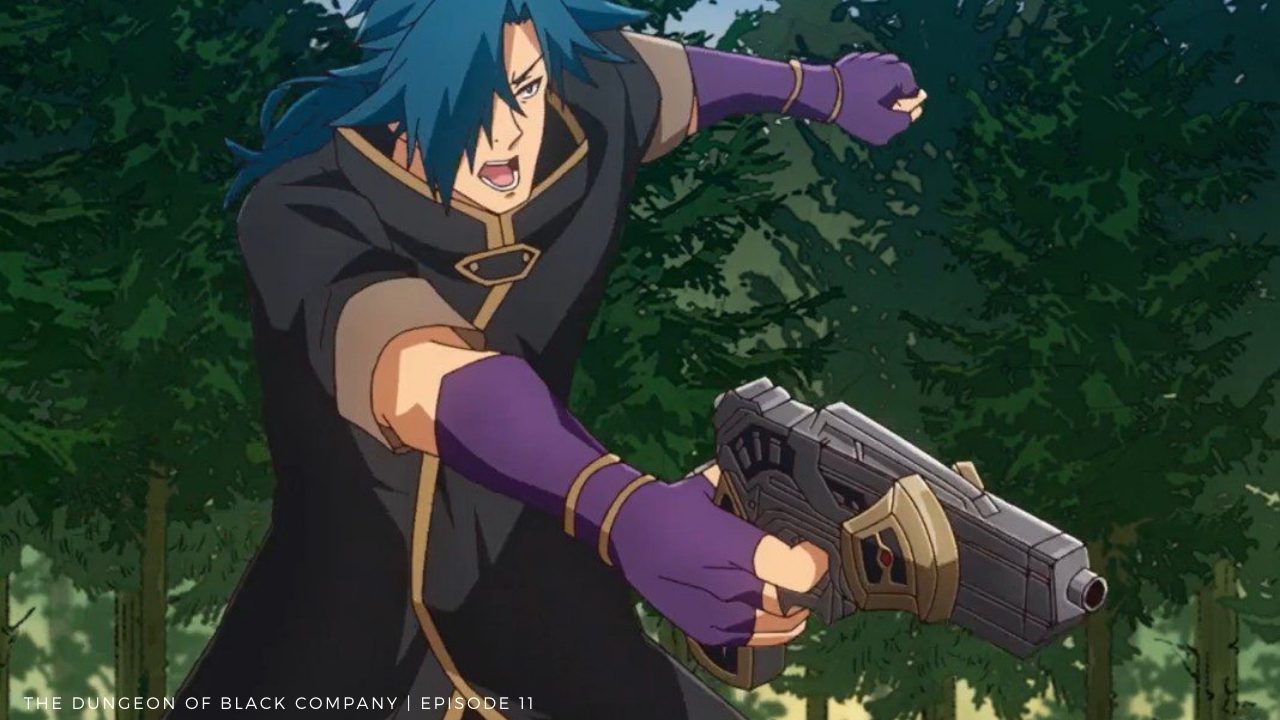 The journey of humans and monsters in a slave world begins The Dungeon of Black Company Episode 11. Kinji is the only human in this slave world who ally with the Demon Lord to get his way back to Japan. From the latest The Dungeon of Black Company episode, Rim recalls the last time she met with her sister, the Demon Lord, who cried over something. Rim waked up and heard Shia saying that Kinji was talking long to come. The two hear someone screaming and realize that coward screams come from Kinji. When they looked around, they saw Kinji outracing the likes of Wanibe, and the dinosaurs are at the tails.

Wanibe asks Kinji what to do about these monsters, and Kinji replies that they can coordinate and work together to take them out. Kinji shots some sticky white stuff on the ground, and the dinosaurs get trapped, and Shia slashes them using her blade. The hunters who were running with them thanks to them for eliminating those monsters and said the crew was strong. Shia asks Kinji why he shot glue on the ground. Ranga wonders who these hunters are. Kinji replies that they are scout and maintenance teams for Belza’s bodyguards from the fifth floor.

One of the guys comments that they are all trapped on the fourth floor. Ranga noticed that the path of the third flor got blocked with heavy rocks. The second guy points at the path of the fourth floor, signally that it also got blocked. Wanibe asks what they should do since they can’t go up or down. Kinji replies that they will keep moving deeper, but they can’t find why they are blocked. He asks the older man about the fifth floor. The episode title is ” New Dungeon Paradise.”

Previously on The Dungeon of Black Company Episode 10

The geezer told the crew that it started a few days ago; the bodyguards took on the large monsters on the fifth floor. The rest of the guys were standing by, and the earthquake began, causing the floor entrance to collapse. They rushed to escape and made it out since they were the support group placed in the back. The geezer adds that they decided to leave the bodyguards behind on the fifth floor. Shia wonders if the remaining guys are safe since they have no ways of escaping. The team bows their heads, showing the expression that those guys might have been dead. 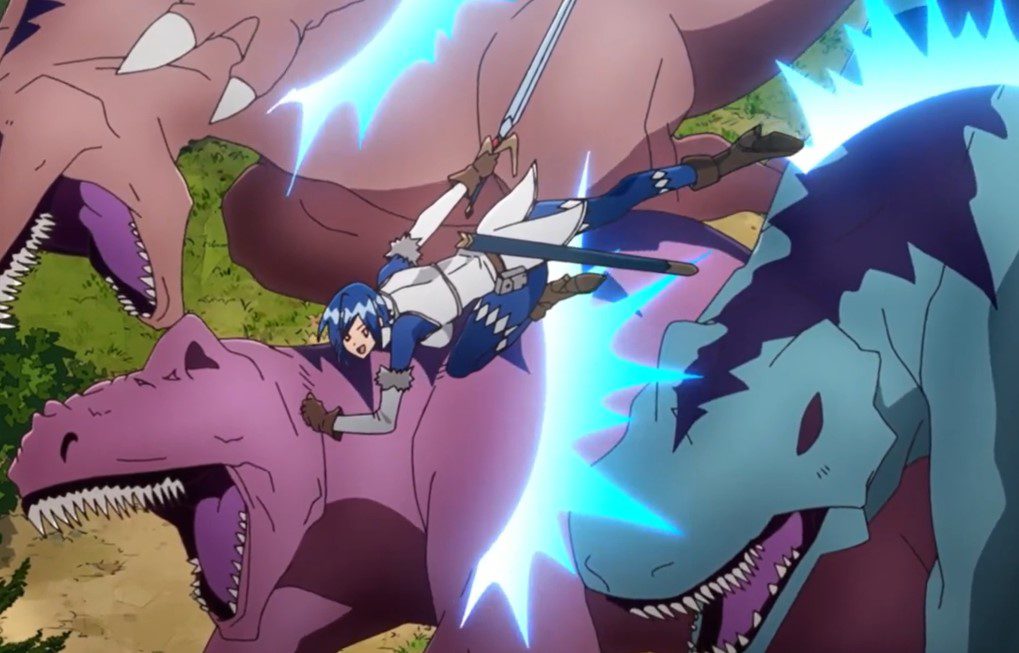 Shia notices that and thinks that it must not be true that those guys are dead. Wanibe asks about the surrounding of the fifth floor. The geezers explained about the terror they face and the beast that runs the dungeon. He adds that there are two gigantic beasts at the front gate protecting it. Kinji wonders if it is only two of them. The geezer replies that those gigantic beasts are not messed with since they didn’t find a way to deal with them.

Shia still believes that the remaining guys are still alive and stuck on the fifth floor. The geezer replies that those guys are strong, but they have to defend themselves since there is no way to get out of the blocked dungeon. Shia thinks that there is something fishy about this place. Kinji told the group that they had to build the base and find what was happening. Later the crew conquered the dungeon and rescued a girl that Rim named her Sky. 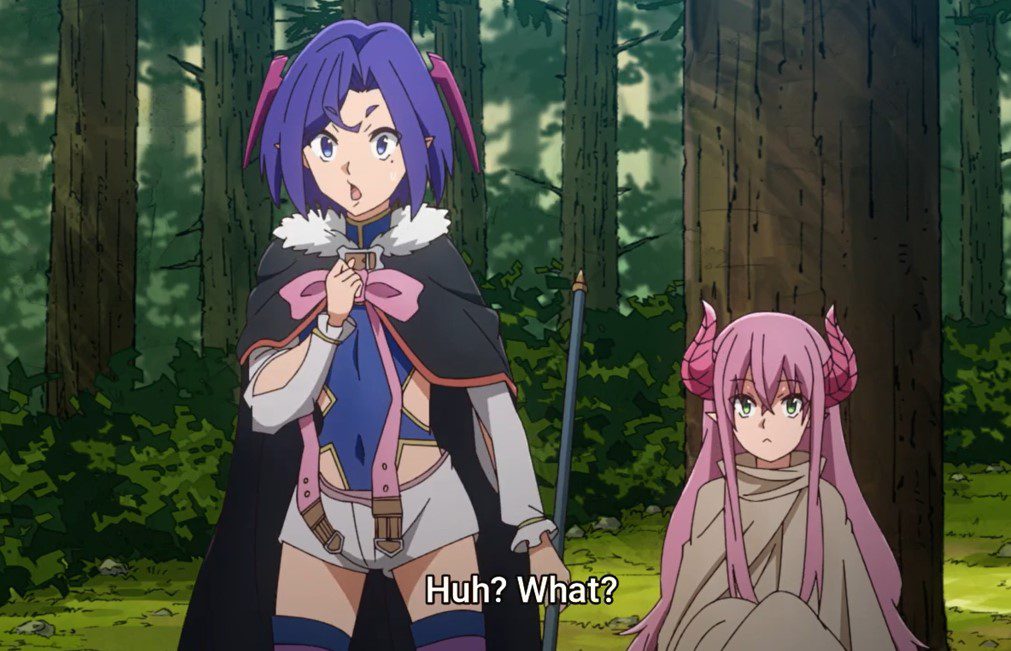 Where To Watch The Dungeon of Black Company Episode 11