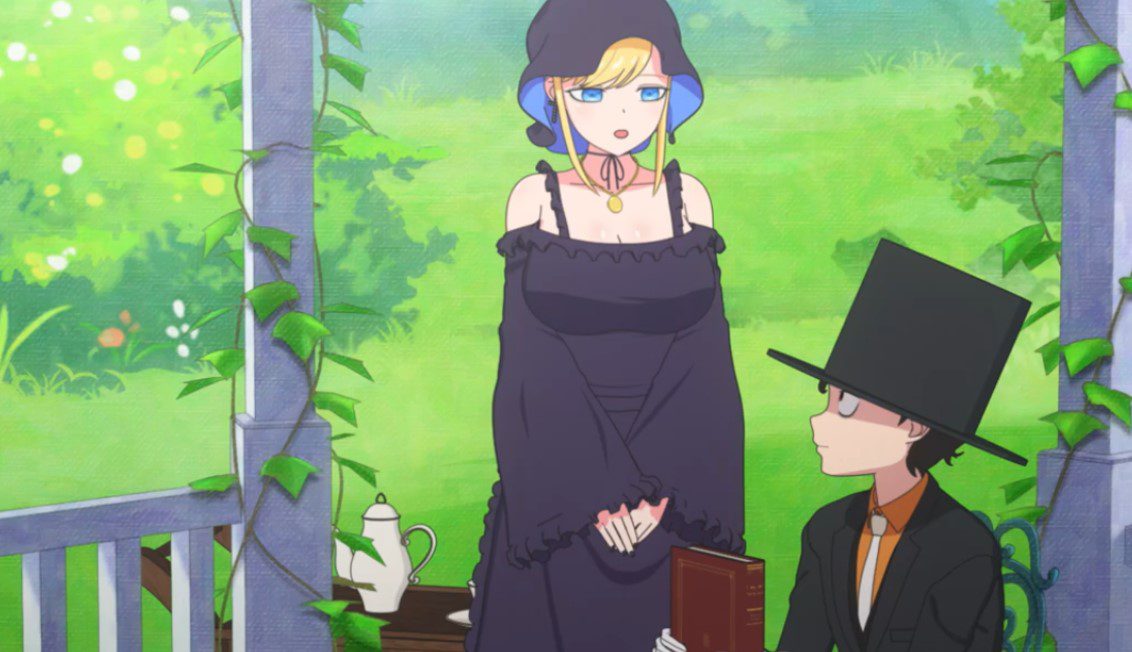 This anime has released the latest episode so that we will be bringing the recent development of  The Duke of Death and His Maid Episode 8. The story of Death Incarnate boys will soon conclude since the anime is at its peak. Le’s find how the Duke will confront the witch that cursed him at a young age and break the curse. Alice and the other maids have not yet given up on Duke, and they are helping him get rid of the curse that kills anything that he touches.

As usual, the episode begins in the morning with Alice making tea for His Grace. Duke brings that topic of maid outfits again, and Alice has not changed her costume, and he wonders why she prefers the same uniform. Duke wonders why Alice always wears black, both in uniform and outfit. Alice told Duke that she prefers and loves the color black. Duke advises her to wear different colored clothes for a change since he likes white, and it is so honest and straightforward. Alice agrees, and Duke imagined Alice wearing white during the wedding day and thinks it will be fantastic.

The episode title is ”The Duke’s and Alice’s Uneventful Day.” Rob is busy cleaning the yard, and Duke notices an unpleasant-looking thing. Alice told him that it is a magic pot that the witch made, and he must care for it daily. She saw it in town and decided to bring it. Alice took the recipe book and showed it to Duke, and said it is exciting. Duke wonders what is so exciting since the pot looks weird and scary. Alice begins to cook something. Duke asks her what she is cooking, and Alice replies that it is a love potion.

Previously on The Duke of Death and His Maid Episode 7

Duke told her not to let anything slip, and she mixed the ingredients inside the pot. Alice took the recipe book and told Duke to get ready. Duke wonders if he has to be involved in this love potion cookings. Alice read the magical words and realizes that the book is terrific. The pot has the face of a boy, and she told it to be her girl, and the pot replies it will be caught dead with the likes of them. Alice shows Duke hows they used the pot to heat up without getting it to the stove. 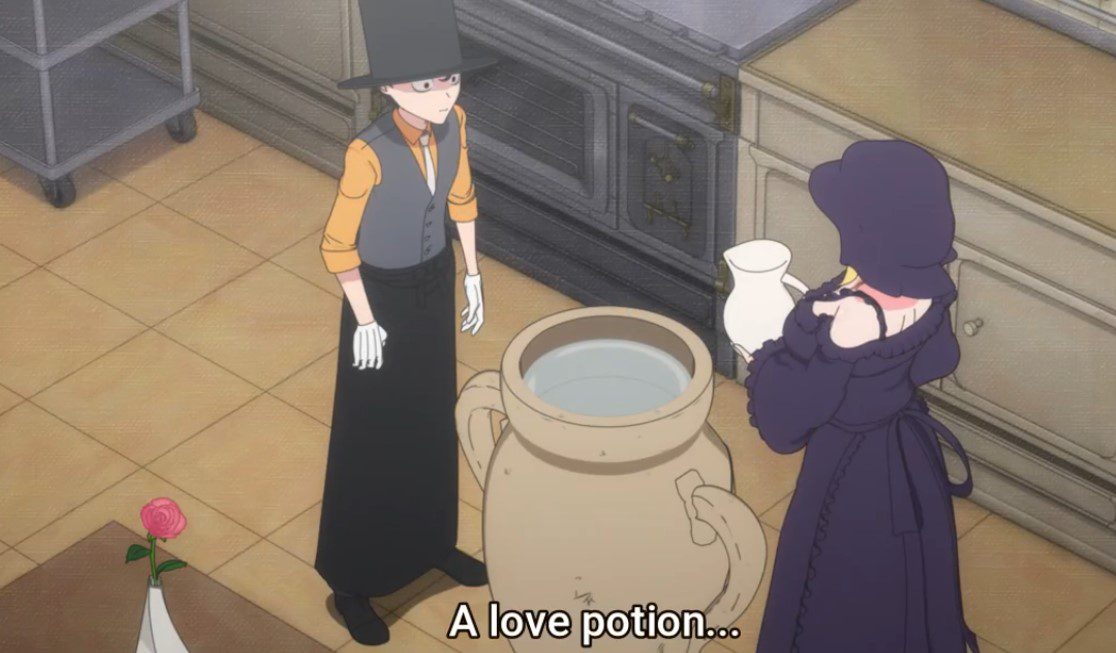 Duke wonders who the witch made a pot like this and wonders if it is going to that witches’ sabbath. Alice comments that once the pot comes to boil, they add the ingredients. Alice put seasoned lizard’s tail, amoeba, red clay soil, sail’s shell, fur from a cat’s back, and the other ingredients. Duke stopped her and said there is no way this could be the cooking ingredients; Alice opens her chest and asks if he wants to lick. They finished cooking the love potion, and it looks like pink jelly.

Duke wonders what he should tell the magical pot to do. He stares at the pot, which scolds him that he is pervy since he gets close to it. Duke apologizes, and Alice talked about what the book of recipes can offer. The two tried different spells, and the pot realizes that they are toying with him. Later the two make Rob angry, and Duke tries to act like Alice, apologizing for their deeds. Rob fell for the trick and decided to continue with his work. The two reunite and enjoy their life in the Villa mansion.

The Duke of Death and His-Maid Episode 8 Release Date

Where To Watch The Duke of Death and His Maid Episode 8?