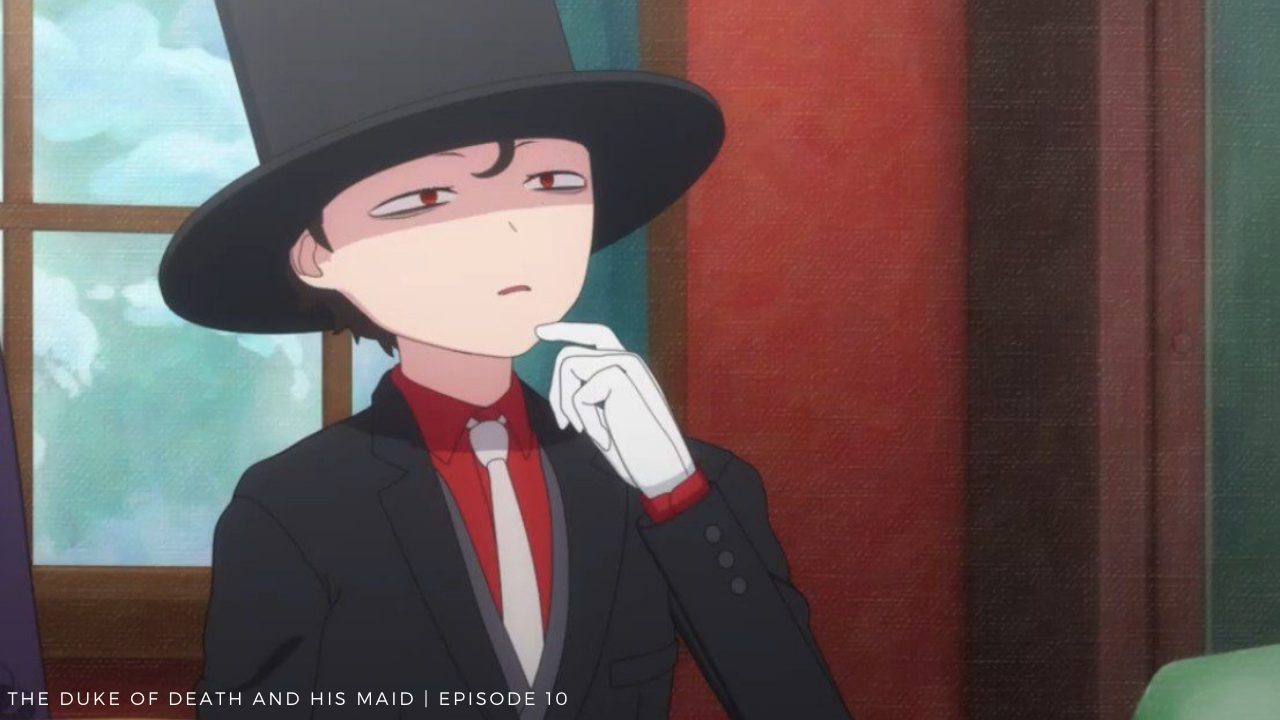 The story of a boy with Death Incatante curse begins with The Duke of Death and His Maid Episode 10, with Duke searching for the witch that cursed him at a young age. This episode will be released this weekend. In the recent episode of The Duke of Death and His Maid, Viola visited the mansion and talked with Alice and Duke about Rob. Viola reveals that’s she wants to give a gift to Rob, but she has no clue what to give to Rob. Duke talks about reading glass, and Viola realizes that Duke has no taste for giving gifts.

Alice suggests a handkerchief, and Viola thinks it will be a good present for Duke. Viola praises Alice for that great idea, and Alice comments that Viola is romantic like Duke. Duke wondered why Viola wants to give something to Rob. Alice is disappointed that she can’t spend Christmas Eve. Duke decided to go and lock the mansion, and Alice told him to come back since he was kidding. Duke returns, and Alice talks about Cuff and Zain, who will visit Villa. Alice suggests having a Christmas party since it is Christmas Eve.

Duke wonders if it is okay for him to attend the normal human activity, and he is afraid that people might want to shake hands or accidentally touch him. Alice reminds Duke that he is a human, and Duke replies that they are talking about a Christmas party, but he keeps on wearing the same old hat and clothes. Alice comments that his outfit is okay the way it is. Duke runs away when Alice pulls her skirt up. In the afternoon, Viola confronts her mother and wishes her a Merry Xmas.

Previously on The Duke of Death and His Maid Episode 9

Alice’s mother realizes that Alice has been going out, and Alice told her that she was attending to a few things. The mother told her that she has no clues where she goes every day. But Christmas is a time to be spent with family, and she told her to stay home for the day. Viola agrees, and her mother asks her about her childish attire. Viola apologized and went out of the room. She met with the workers and told them to get everything ready for her departure as planned. The worker reminds Viola that her mother told her not to go out. 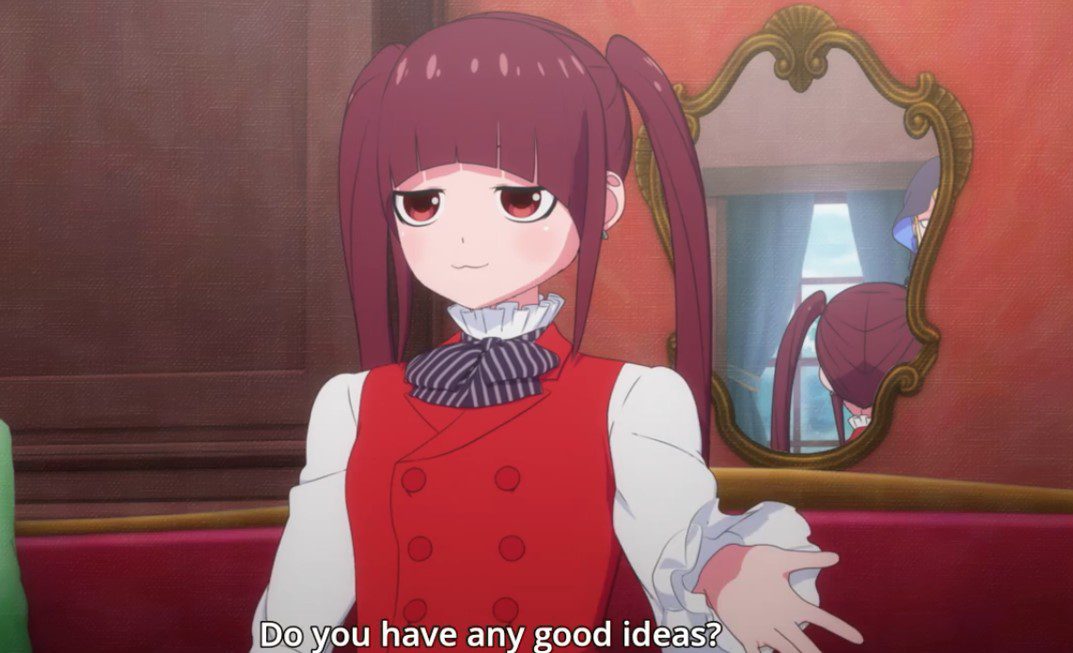 Alice told the workers that it is okay to spend time with her family, but she doesn’t need these guys to guard her during family time. The guards realize that Viola is going out to see Rob. Colt is spying on her and acknowledges that it is Christmas, but Viola is still thinking about visiting the Villa. Colt wonders why Viola is making a two-hour memorable trip. The maids find Colt and said that the secondborn son is acting up again. At Villa, Duke wonders why he should call it a Christmas when they don’t even have a Christmas tree or anything else to them in the Christmas spirit.

Alice adds that it would be nice if they had a Santa Claus. Duke begins to imagine Alice dressed as Santa Claus and realizes that she will look pretty. He imagined Alice blowing kisses to him. Alice noticed that Duke is accepting something with his mouth and ask if there is something. She told Duke that she would serve the best meal as she can. Viola is on a journey, thinking about giving Rob a lovely handkerchief. Later the family enjoys Christmas together, and Viola gave Rob a present. 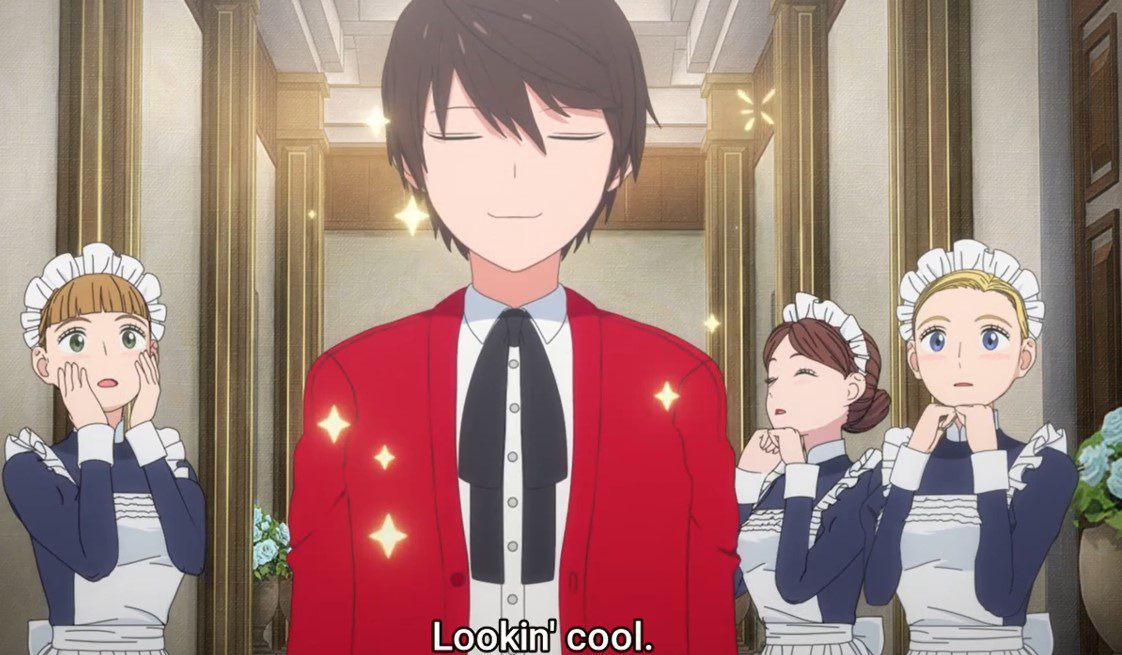 The Duke of Death and His-Maid Episode 10 Release Date