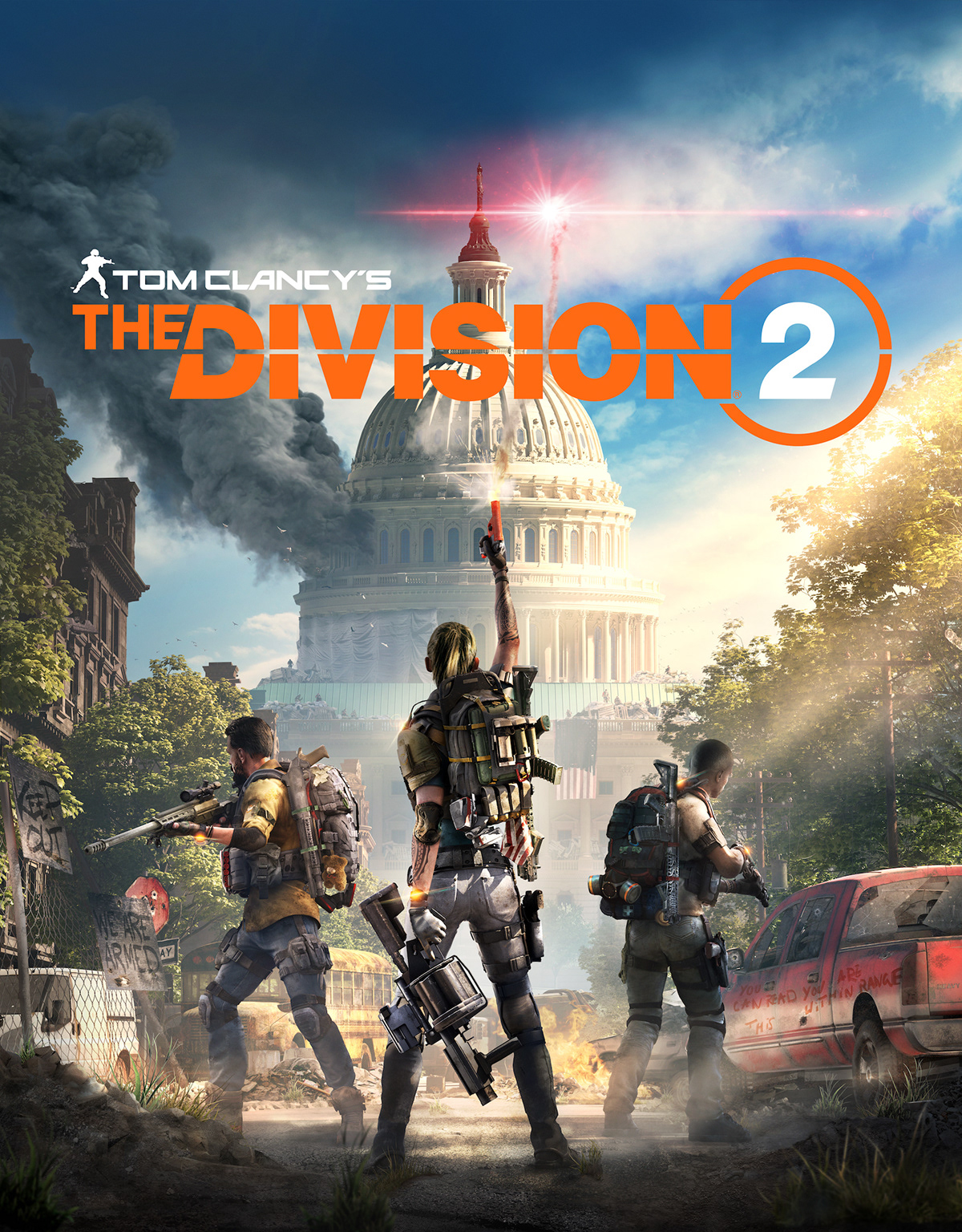 It has been 2 years since the launch of Division 2. Ubisoft launched this action shooter fps in February 2019. The game has seen many ups and downs in these two years, with many updates in the multiplayer mode and general game enhancements. Division 2 is a sequel to Divison, which was launched in 2016. Division 2 has many game modes like the Story mode, PVP, CO-OP, episodes, and some great DLC content, along with the addition of seasons. The game is available to play on PlayStation 4, Xbox One, Google Stadia, and Microsoft Windows. Let us have a look at the basic overview of the game, like its game modes and story, and also, let’s have a look at their recent update.

There are three game modes in this game—the campaign, PVP, and CO-OP. The campaign mode is, as usual, the story mode. Talking about the story, the game is set in Washington, D.C. The capital city is under the threat of various other powers. Only the agents of the Division are capable of defeating the enemies and freeing up the capital of the United States.

Talking about the enemies which you will face. There are 4 kinds of enemy forces. They are the True Sons, Hyenas, Outcasts, and Black Tusk.

True Sons is a group of paramilitary forces who have great experience in combat and warfare. They are brilliant and organized as they are very well trained. The leader of True Sons was a JTF Officer once, and he is one ruthless man. His ruthlessness and combat power make his group invincible. 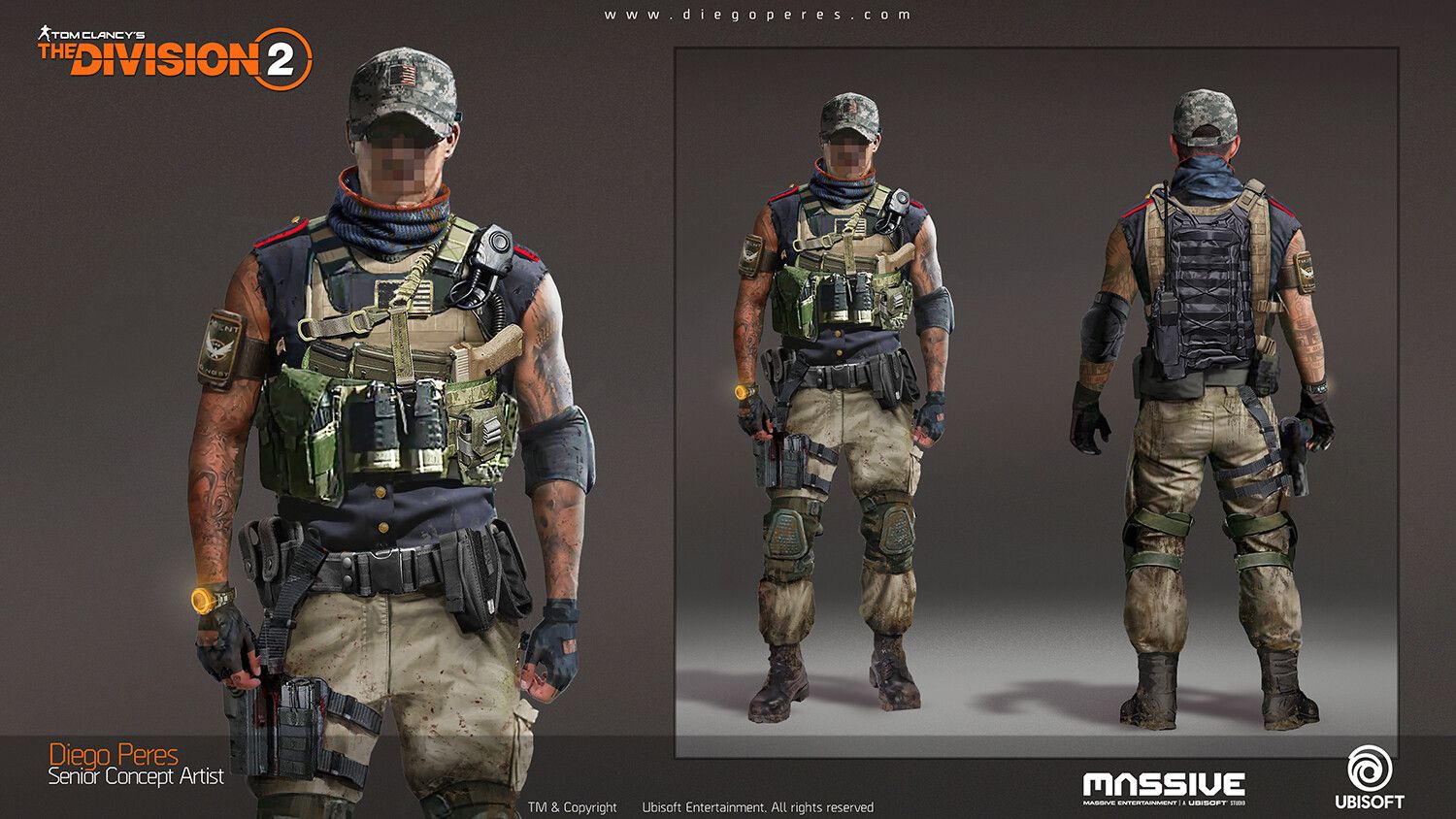 The Hyenas are humans who have the mindest of Hyenas. They always hunt in packs and always target the weak. They steal and run away from the poor civilians. The leader of the pack is always the one with the most power.

People in this group have survived a great calamity and have been through hell. They were once imprisoned and tortured to death. Now they are free, and they want to take revenge against everyone in the society who let them fall into imprisonment. Their enemies are the rest of the society who aren’t a part of the Outcast. Their leader is also one ruthless woman. She manipulates her followers to murder everyone against the outcast without looking left or right. Just go and kill. 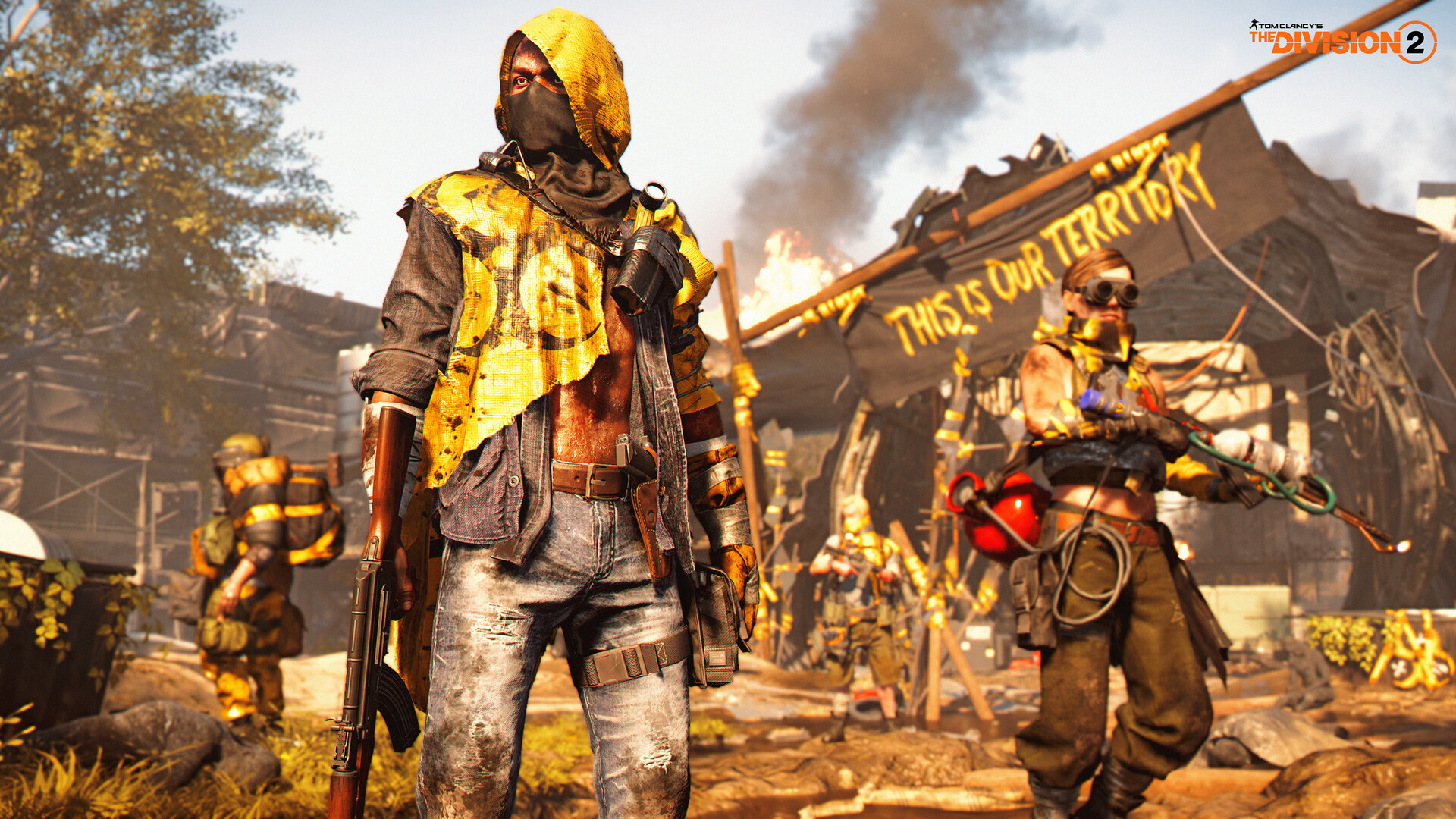 The Black Tusk is probably the most difficult group to face as an agent of the Division. It is a private military organization filled with elite members. The agenda of Black Tusk is unknown, and they have advanced types of machinery, which make them a very formidable opponent. Probably the biggest ones. 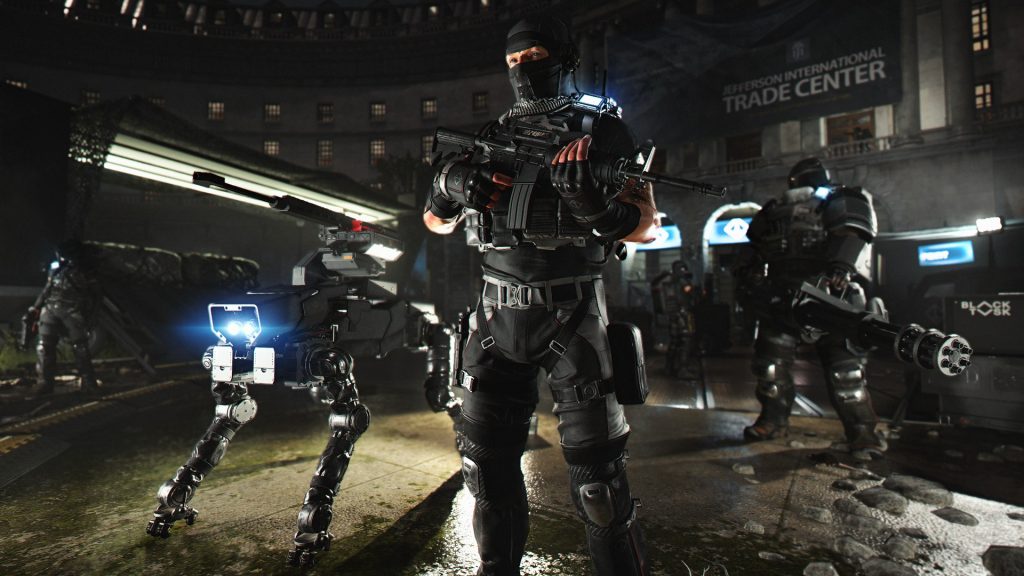 Once a player reaches level 30 in the game, Endgame unlocks. What is the endgame, though? Endgame is a special game mode where every agent gets to choose one ability in which he/she becomes a specialist. There are 6 types of specialty.

Once you reach the endgame, you can then play the PVP, Co-oP game modes and join clans. To reach level 30, you have to grind the campaign mode and make Washington free from all the evil forces.

So as said above, once you reach level 30, you unlock the multiplayer modes. Now let’s have a look at what you can do in them. There is obviously PvP where you go against other players in a deathmatch kind of game. Co-Op game modes have various activities which will test your teamwork.

Every multiplayer game nowadays has a “Seasons” kind of game mode where every month or two, a new season drops with new rewards and tasks. The same is the case with Division 2, but this season thing didn’t come initially. It came along with the DLC of the game, which is called Warlords of New Expansion. Let’s have a look at what this DLC is and how the seasons have gone so far.

New York’s Warlords is the only expansion of the game, and its story revolves around Aaron Keener. Yes, the name would sound familiar to you if you have played The Division 1. Aaron Keener was the first Division Agent to go rogue. He has now come back with other rogues to take control over the city of New York. He has a lot of advanced weapons and man forced to go against the Division. After securing the state of Washington, you must head on to New York to put an end to Aaron Keener. 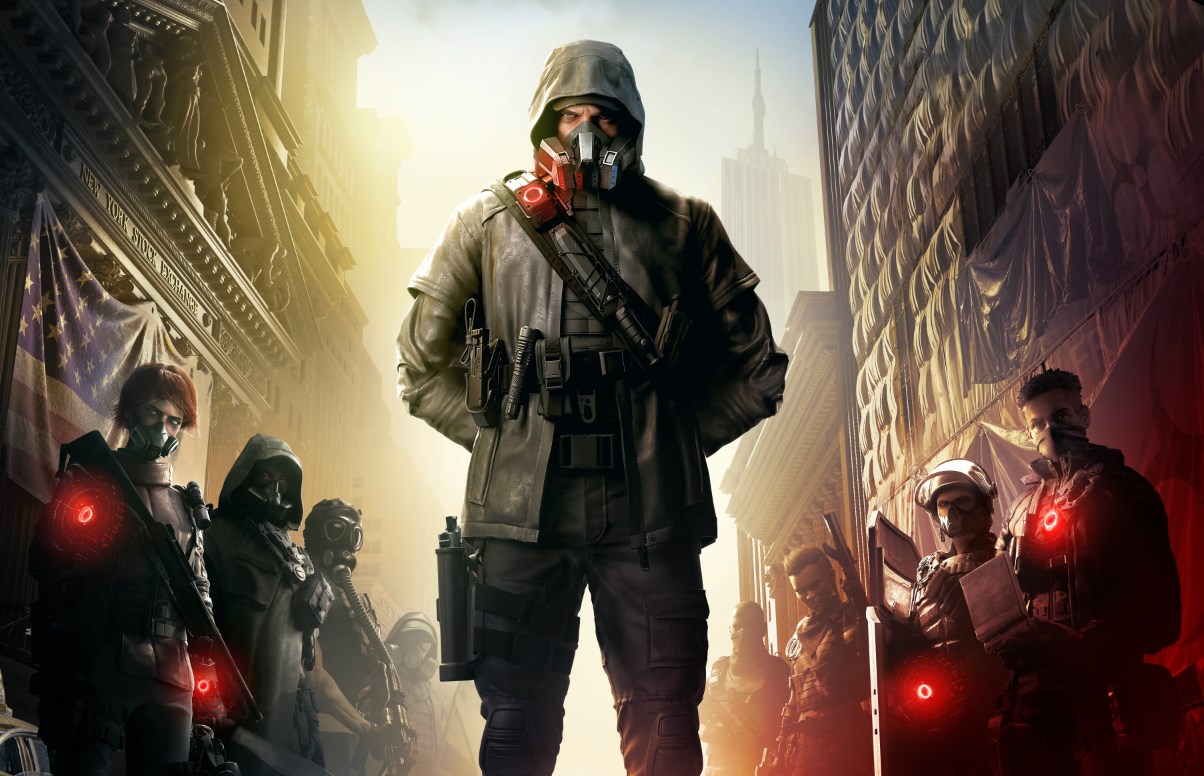 The best part about the DLC is that the ones who have bought the game with the DLC and are new to the game can create a level 30 agent straight away and start fighting for New York. With the addition of New York DLC, the level cap for endgame was also raised to level 40. Currently, we are in season 4 in the multiplayer mode, and soon, we may get a season 5.

Apart from these major game modes, the game also saw additional episodes like additional game modes. In the first year, three episodes were added, namely DC: Outskirts Expansion, Pentagon: The Last Castle, and Coney Island: The Hunt. All these episodes have their own small storyline, which is on the same plane with the same story; not only a new story, but you will be introduced to new weapons. Apart from these episodes, the game has also had a few global events launched in these two years. Each event lasts one week, and there are three global events in a season.

So this was probably everything the game has to offer. We haven’t told you about the storyline of the episodes or what rewards were given in every season. Talking about the game’s appeal, the game made a huge impact since its launch and has many users who play the game daily.

Ubisoft is actively working on providing fresh updates to the game with new seasons and attractive rewards. So after two years of the game’s launch, this was everything the game has to offer. You can read all the details of the game in depth by visiting their official site. Have you played Division 2? If yes, then let us know your favorite game mode and weapon. If not, then you should try this game for its campaign mode especially. The accurate description of Washington and New York City joined with the action pack gunfights make this game a must-play.