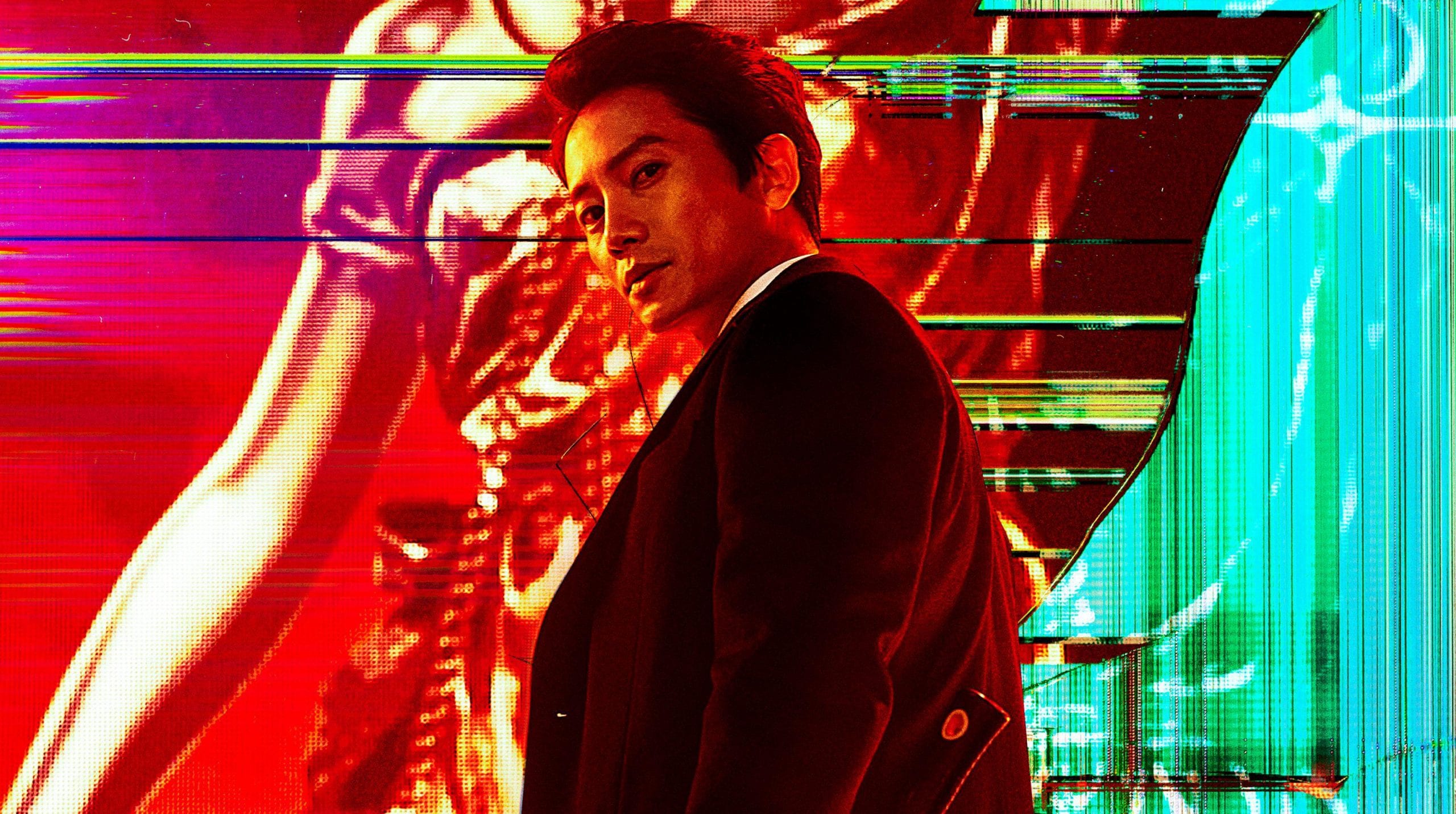 The Devil Judge Episode 1 is coming out soon, and we couldn’t be more excited.  The Devil Judge is an upcoming South Korean Television Series. Furthermore, it has a star-studded cast with Kill Me, Heal Me’s Ji Sung, child actress Kim Min Jung, GOT7’s Jin Young, and It’s Okay To Not Be Okay’s Park Gyu Young. Also, this drama would be a comeback for the popular and loved actor Ji Sung. Plus, we are immensely excited for Jin Young to focus more on his acting career after GOT7 left JYP. Besides the cast, going by the trailers, fans have a feeling that this drama will b very good and have high hopes for the drama too.

The setting of the drama is in the South Korea of the future. Kang Yo Han is given the title of ‘The Devil Judge’ in this drama. Moreover, Kang Yo Han is the judge of the highest court in the land. Interestingly, his courtroom sessions have become the most viewed reality shows. People would tune in to watch his reality show and see punishments being given out.  Also, he is a mysterious person, so the citizens are unsure if he is truly a hero or just a devil in disguise. But there is one person he is scared of, Jung Sun Ah.

Jung Sun Ah is an ambitious woman who is a great hunger for power. She has ties with great and powerful people too. She and Kang Yo Han have formed a rivalry in which she tries to find his secret. Among them, there are two childhood friends Kim Ga On and Yoon Soo Hyun who would be trying to seek justice in this bizarre world. Keep reading to find out about the release date of The Devil Judge Episode 1.

Fans are extremely excited about the release of the first episode of The Devil Judge. This drama would be having sixteen thrilling episodes. It has planned to release its last episode by the 22nd of August. We will be expecting a lot of mystery and are expecting that we would be glued to our screen in every episode. Plus, fans are more than happy to finally watch the comeback of Ji Sung. He and his wife Lee Bo Young, have had a comeback this year, Lee Bo Young had appeared in the popular tvN drama ‘Mine’.  Moreover, The Devil Judge Episode 1 will be released on the 3rd of July. You can watch the drama on Rakuten Viki. 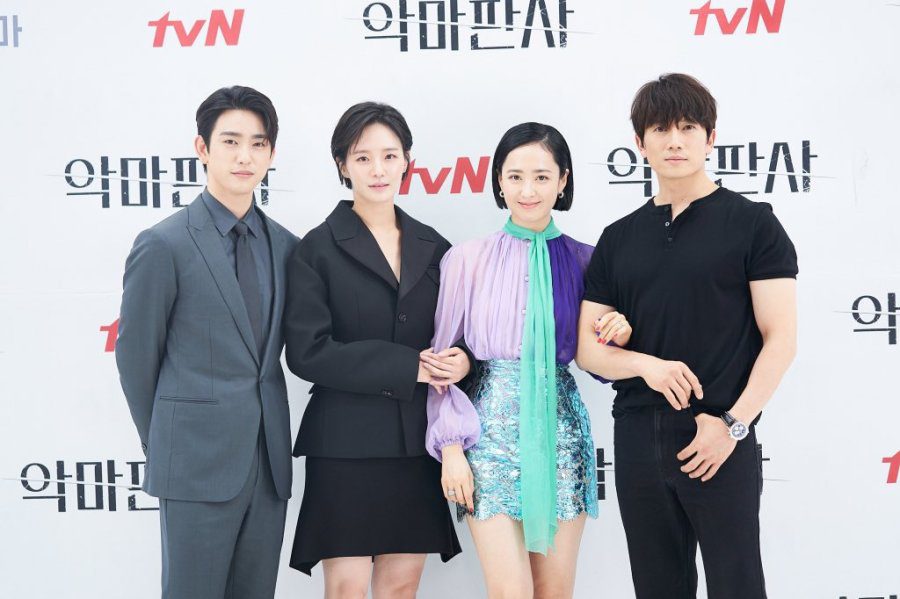 The Devil Judge cast at the press conference cr: tvN

It would be taking the spot of the now completed drama  ‘Mine’ which would air on Saturdays and Sundays. By the mention of ‘Mine’, you should watch it too, if you haven’t, while you are waiting for the new episodes of The Devil Judge. Also, keep reading to find out more about the characters as revealed by the cast themselves.

Ji Sung As Kang Yo Han

We have talked about the vampire-like judge Kang Yo Han. And Ji Sung would be adding more life to his character with his incredible acting. At a glance, we get this mysterious and luxurious vibe from Kang Yo Han. Maybe that is why Ji Sung used the word Charisma and Vampire dilemma for his character Kang Yo Han. Ji Sung says that Kang Yo Han has a different mindset from the rest of the world. His description of the character made us more curious about Kang Yo Han. 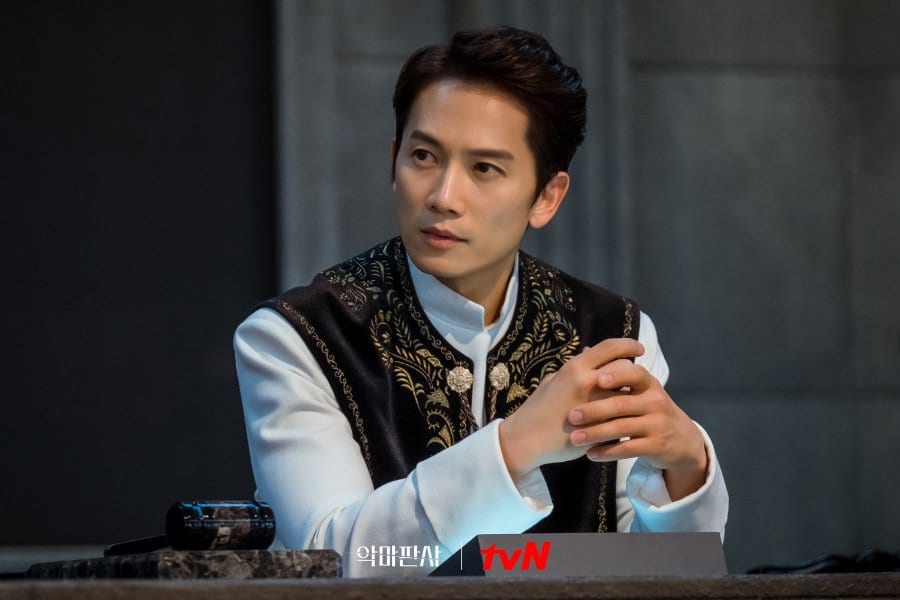 Ji Sung had made his outbreak in the Korean television with the kdrama KAIST. Looks like the screenwriter had seen his potential and wrote a new character just for him. He has won multiple awards like a Daesung at the SBS Drama Awards in 2017 for his performance in the kdrama Innocent Defendant. Also, before taking a break he had played the role of Cha Yo Han in the drama Doctor John. He had been nominated for several awards for his role in Doctor John. Plus, he had Lee Bo Young form one of our most loved and popular couples in the Korean industry.

The role of the innocent-looking villain of the drama is played by Kim Min Jung. Jung Sun Ah’s beauty might make you think that she is very innocent, but she has is someone who is power-hungry. According to Jung Sun Ah, she has a girly charm that makes her get what she wants which makes her hard to hate. Moreover,  Kim Min Jung describes her as someone who has a daring and bold personality which she hides with her pure-looking face. Looks like Kim Min Jung’s character Jung Sun Ah will be a roller coaster ride. 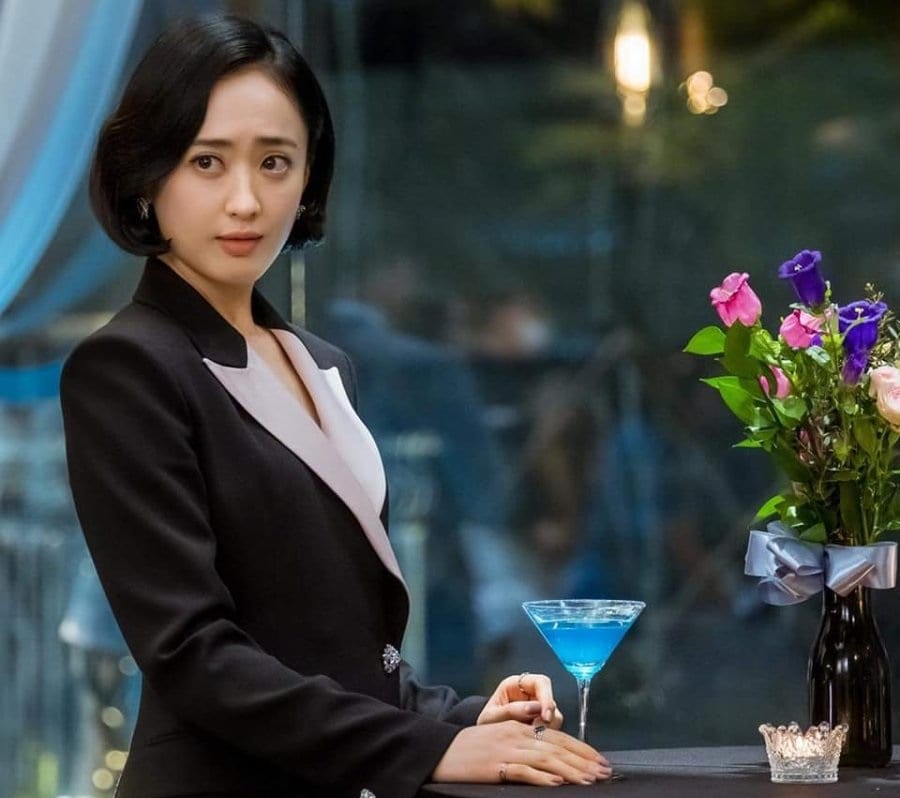 Kim Min Jung had been applauded for her acting skills ever since she was young. After her successful career as a child actress, she has become a successful grown-up actress. Also, she too has been making a comeback with this drama. Kim Min Jung’s last appearance before her comeback was in 2109 where she had played the role of Park Hoo Ja in My Fellow Citizens! She has also gotten an Excellence Award at the 12th Korean Drama Awards for her appearance in the kdrama.

The member of GOT7 Jinyoung said that the first thing that had popped up in his mind about his character Kim Ga On is that he was sensitive. But along with his sensitive nature, he has a mindset to never side with the wrong. So in a way, Jinyoung says that Kim Ga On is a sensitive angel. Kim Ga On is an orphan whose childhood friend is Yoon Soo Hyun. He has finally ended up as an associate judge due to his hard work. We will be looking forward to his character a lot. 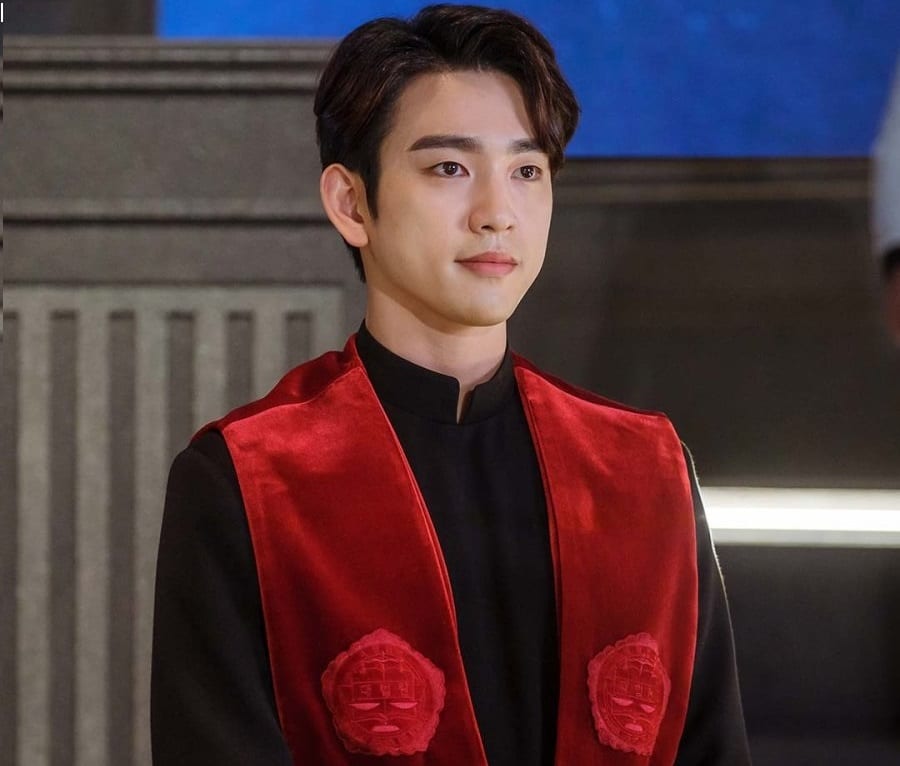 Park Jin Young, popularly known as Jinyoung, is one of the loved members of GOT7. He and his members had left JYP entertainment at the starting of the year 2021.  For now, Jinyoung has been focusing more on his acting career. Other than The Devil Judge, he will be appearing in Yacha and Yumi’s Cells. Plus, this isn’t the first time Jinyoung has appeared in a popular drama. He had previously acted in Lee Min Ho and Jun Ji Hyun’s Legend Of The Blue Sea. In it, he had played the younger version of Lee Min Ho’s character Heo Joon Jae. We are pretty excited to see what type of roles Jinyoung would be picking throughout his acting career, and we will be there to shower our love on him.

Yoon Soo Hyun’s strong and cool-headed character will be played by Park Gyu Young. She is a talented and skilled detective in a regional unit. Also, she will be trying to find out what Kang Yo Han’s secret might be. As already mentioned, Yoon Soo Hyun is a childhood friend of Kim Ga On. Fans suspect that they might be the only couple we will be simping for in the whole drama. Yoon Soo Hyun is ready to do anything when it comes to rescuing Kim Ga On. We can expect Yoon Soo Hyun to become one of our favorite female leads. Also, she could join the status of the badass and strong female leads in kdramas like Man Wol in Hotel Del Luna or Seo Hyun from Mine. 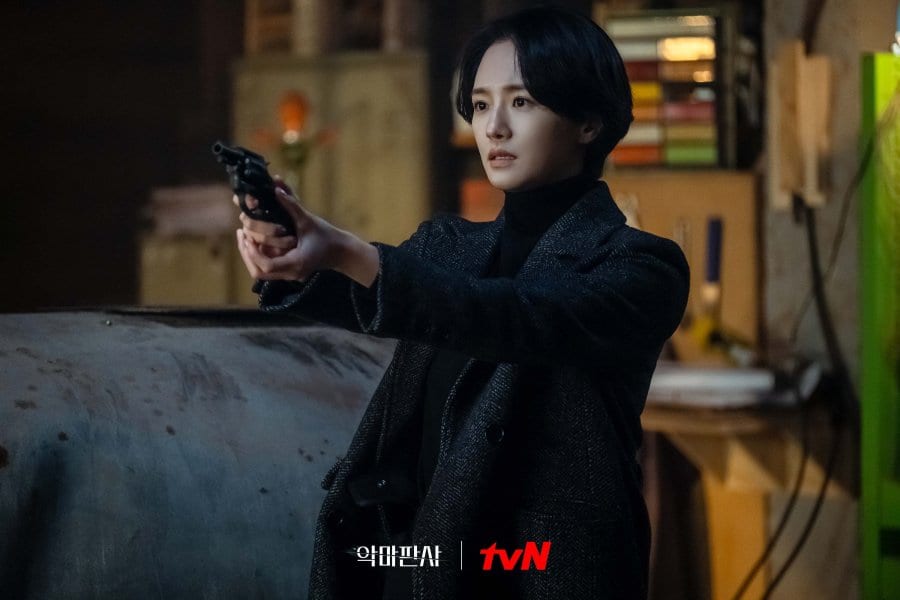 As already mentioned, Park Gy Young has appeared in the popular drama. It’s Okay To Not To Be Okay. Also, she has played the role of Yoon Ji Su in the drama Sweet Home. Besides the Devil Judge, she will also be appearing in the drama Dal Ri and Gamjatang this year. Fans love the versatility of the roles Park Gy Young chooses in the dramas. She was also nominated for the Best New Actress Award at the 57th Baeksang Art Awards for her role in Sweet Home this year.