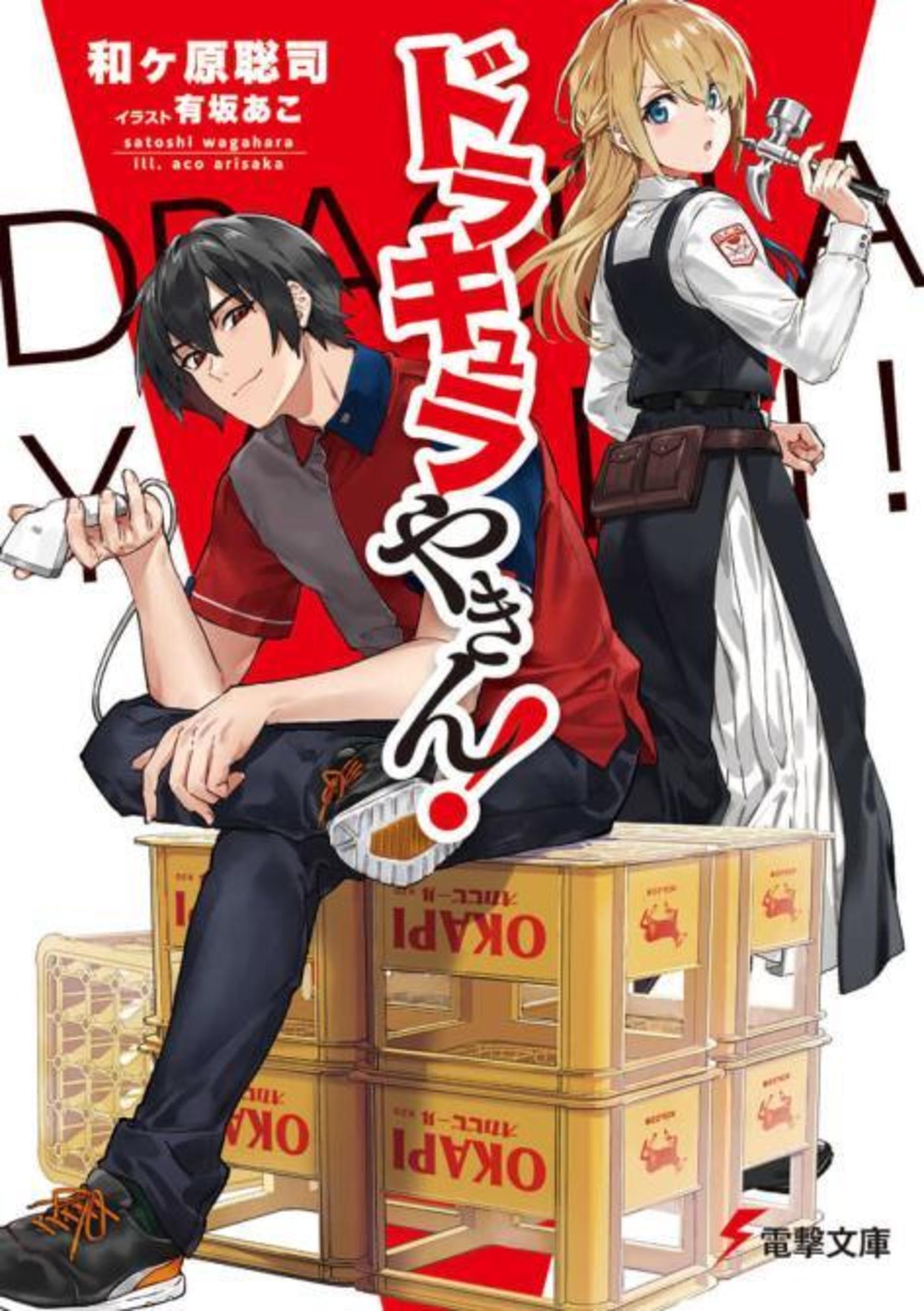 It is common knowledge that, like anime is adapted from manga, a lot of light novels get adapted into manga. The popular anime series, The Devil is a Part-Timer!, was adapted from a light novel by the same name, written by Satoshi Wagahara. The novel has 27 volumes and ran from 2011 till 2020. In August 2020, Wagahara finally completed his novel. The ending was, however, highly criticized by many fans.

Shortly after the light novel ended, Wagahara released another light novel in September 2020. Wagahara’s new novel, Dracula Yakin!, is yet another comedy with a similar concept to his previous work. In 2021, it was announced that this light novel would get a manga adaptation. Fans who have been disappointed by the end of The Devil is a Part-Timer are hoping to receive a better end this time.

The Dracula Yakin! Novel series by Satoshi Wagahara was released in September 2020. Once again, Wagahara has introduced supernatural elements and mixed them with comedy. The two main characters are arch-rivals (again). Let’s hope this new novel series does not meet the same end as The Devil is a Part-Timer series.

Dracula Yakin PV
New work by the author of Devil is a Part-timer
About Dracula working in convienience store.
There is also a Vampire Hunter girl who wishes to take him down. https://t.co/XE2fASHM5r

Predictable from the title of the novel, the main character is a vampire. The storyline follows the clichè of all vampire stories that vampires turn to ash when they are exposed to sunlight. Dracula Yakin! is set in the modern era. As per the story, vampires coexist peacefully with humans making use of ‘night shifts’ in jobs. Yuki Tora, the vampire protagonist of this story, is a part-timer at a convenience store who only works the night shift. He lives in an underground apartment with bad sunlight for his convenience.

He saves a girl from a drunkard who ends up crashing into his apartment after the incident. Things go south ways for Tora when he finds out the girl he saved is a nun named Sister Iris. What’s all the more interesting is that she exterminates vampires! The series follows the various events of a part-timing vampire and a vampire-hunting nun as they know more about each other through a comedic route.

So far, the novel has released 2 volumes in Japan and has had a positive fan reaction. The novel was published by ASCII Media Works and carries a Dengeki Bunko imprint. The illustrations of the light novel series are done by Ako Arisaka. The novel series seems quite promising. Although it has similar vibes to Wagahara’s previous novel, Dracula Yakin! is still worth reading for fun.

A manga adaptation of Dracula Yakin! Light novel series was released on March 27, 2021. The first chapter was released by Kadokawa’s Monthly Comic Alive magazine for this year’s May issue. The art illustration of the manga will be done by Ako Arisaka. 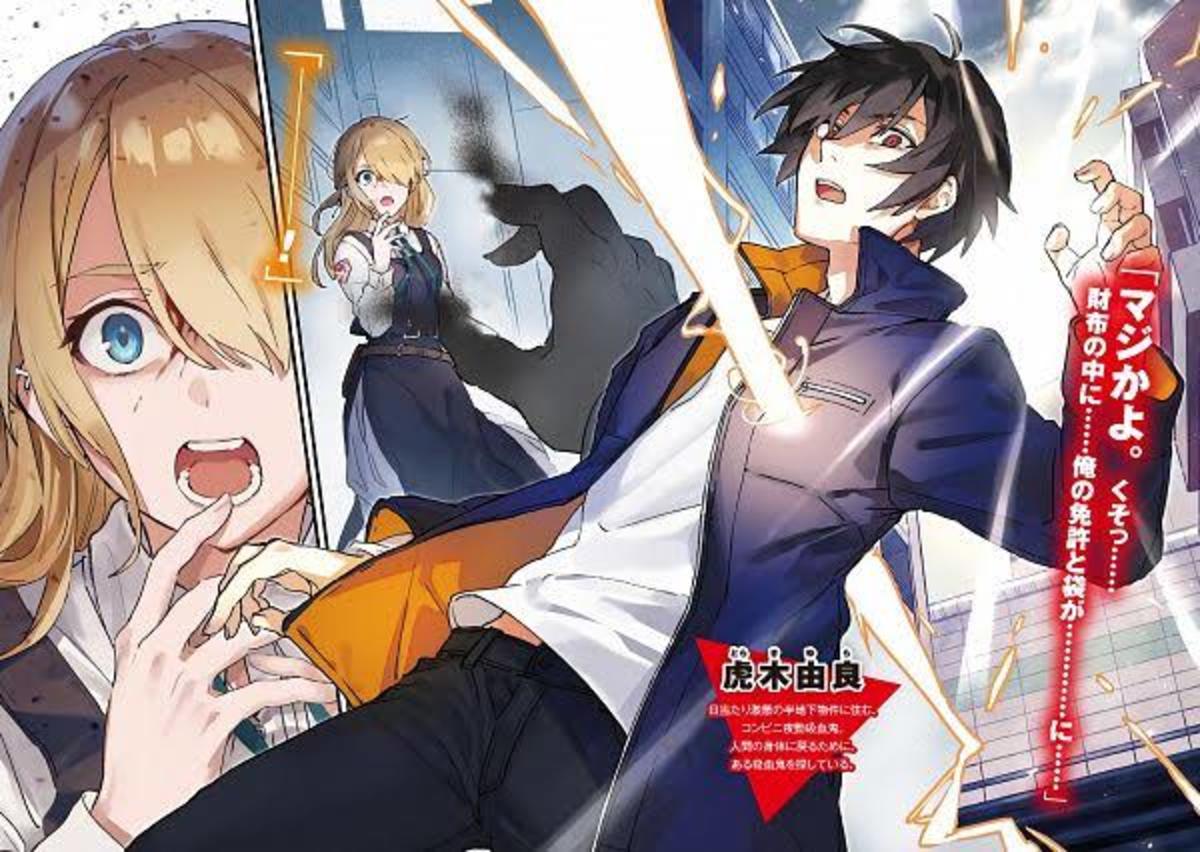 Official art of the Dracula Yakin novel series and manga by Ako Arisaka.

The first chapter of the manga recently got published, so it will be a while before the translated versions are available. Manga adaptations follow the same story as the light novels most of the time. It’s rare for the plot of the manga to deviate from the original source. So if you are curious about this upcoming manga, you can always check out the light novel series for a brief idea.

Read:   Thor: Love and Thunder Another Blockbuster on its Way

Kadokawa Corporation is a big company that has published many popular light novels, manga, and magazines. Comic Alive, a Japanese magazine published by Kadokawa. This magazine also serialized the popular isekai manga, Re: Zero. The magazine publishes Seinen manga mostly and has a well-established reputation in the anime and manga community. Although it is not as widespread as Shueisha’s Shonen Jump, Comic Alive holds a prestigious rank among many other magazines. Various monthly issues of this comic can be bought from Amazon.