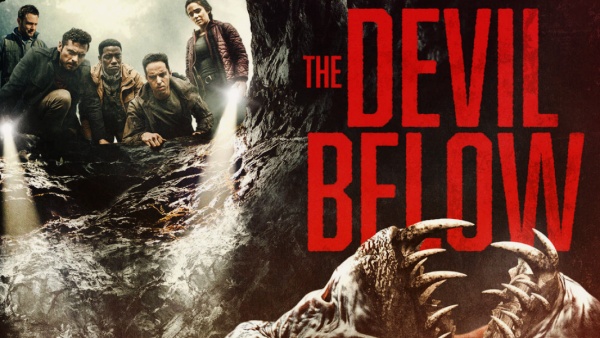 The Devil Below is a 2021 horror thriller directed by Bradley Parker. The screenplay is penned by Eric Scherbath and Stefan Jaworski. It stars Alicia Sanz, Adan Canto, Zach Avery, Chinaza Uche, Jonathan Sadowski, and Will Paton. The film is a survival horror film. It follows a group of researchers who also specialize in the exploration of remote areas. They decide to pay a visit to a remote place in the Appalachian mountains. The Shookum Hills, where they go to study the mines, used to be a town that was abandoned due to mysterious coal mine fires. The critical reception to the film has been cold for the most part. It is another one that creature flicks that doesn’t do anything different but if you don’t go into it with many expectations, you’d not be disappointed.

The cast does a good enough job at acting out the silly decisions and tropey quips with sufficient genre-exclusivity. Will Patton is the only recognizable actor among the entire cast here. The film remains true to its genre, in that it doesn’t do anything challenging, or brave, or special. But there are certain moments of claustrophobic atmosphere done right. Well, for the most part, the film seems to derive its atmosphere from just how light-deprived it is. That said, during this dry spell of movies, it makes for a fun silly watch. If you can endure this shabbily produced film which is way too dark, go get your popcorn ready. Now let’s discuss the plot and the synopsis. 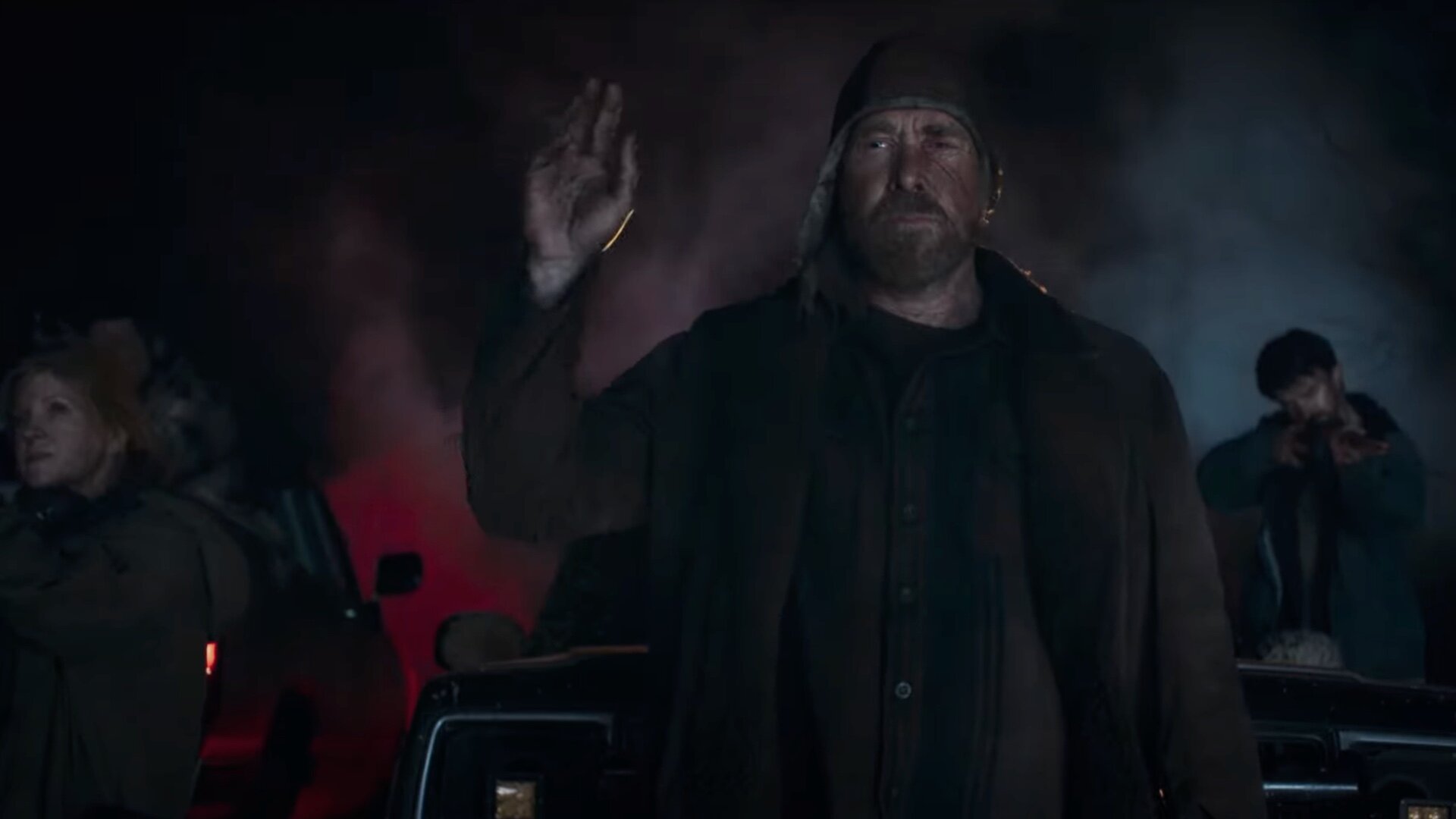 Will Patton stars as Schuttman in The Devil Below (2021).

The Devil Below — Plot Details and Synopsis

The film begins with a menacing landscape of Appalachian mountains in the 1970s. We see the owner of a coal mine (Will Patton) who can’t do anything but watch his son being dragged away and savagely feasted upon by a mysterious creature. The creature is a bi-ped and moves like a blur. Jump to present time, we meet a team of 5 researchers and amateur adventures. They arrive at a remote place among Appalachian mountains to locate a small mining town. This mining town, called Shookun Hills, is said to have been abandoned overnight drying the 70s.

On their trail to locate this town, we hear an expository discussion about it, amidst the team. The town is said to have disappeared along with its population of +1000 people. The team is on the hunt for this town to see if the rumors about the ever-burning fires in its coal mines are true or not. The team is led by conspiratorial adventurist Darren Atkins (Adan Canto). He believes that the reason behind the fires and the mystery must be a lucrative rare material. His gleamy-eyed beliefs are not shared by the rest of the members.

Opening the Gates to Hell and the Survival Horrors Begin

The group eventually arrives at the place the Shookum Hills was supposed to have been at one time. They look around for possible remains of the town that once was. They also search for the coal mines. Eventually, they find an underground cave. However, the entrance is obstructed through some sort of electric cover. The team manages to disable it and send a probe inside. While they observe the probe’s readings, Dale is suddenly dragged inside the cave. The team tries and fails to rescue him. 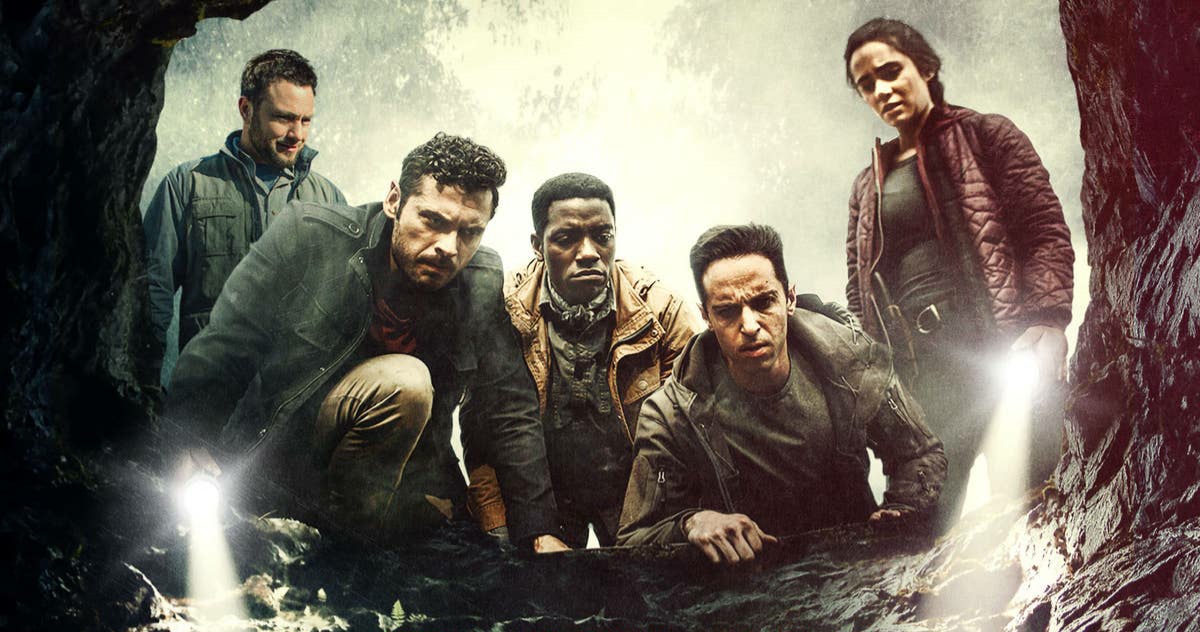 A group of researchers embarks on an expedition to search an abandoned mysterious town.

The group then flees and encounters a group of locals who bing them to Schuttman (Will Patton). He appears to be the leader of the locals that are trying to contain the monsters within the town. The group realizes that opening the entrance to the caves has opened up a whole new can of worms, well, monsters. The rest of the movie plays out as all other survival horrors do. The monsters creep in, ensnare, and munch on the humans as they make stupid decisions.

The Devil Below Ending

In the end, only two members of the group are left — Darren and Arianne. But soon they’re captured by the creatures too. They’re carried off to the underground home of the creatures. Upon coming to senses, they find themselves paralyzed and the monsters all gathered up around them. The two also meet Shawn there, who tells them a bit about the creatures. He tells them how these creatures are species like ants, who form colonies. Soon enough, Shawn is picked up by the monsters who fed him to a giant monster. Meanwhile, Darren notices a grenade lying nearby, and passes it to Arianne.

When she’s about to be fed to the giant one, Arianne throws the grenade into its mouth. As its insides blow up, the two make a run for it. However, one monster manages to grab onto Darren. He then sacrifices himself to let Arianne escape. Meanwhile, outside the caves, Schuttman and his men have stopped the monsters with firepower. Arianne prepares to leave but is asked by Schuttman to stay and help fight the creatures. Reluctant at first, she agrees and goes with Schuttman and others. As the film ends we see large gates around the town with huge locks on them. This indicates that the battle between the monsters and the locals has been raging on for a long time. And it might not stop anytime soon.