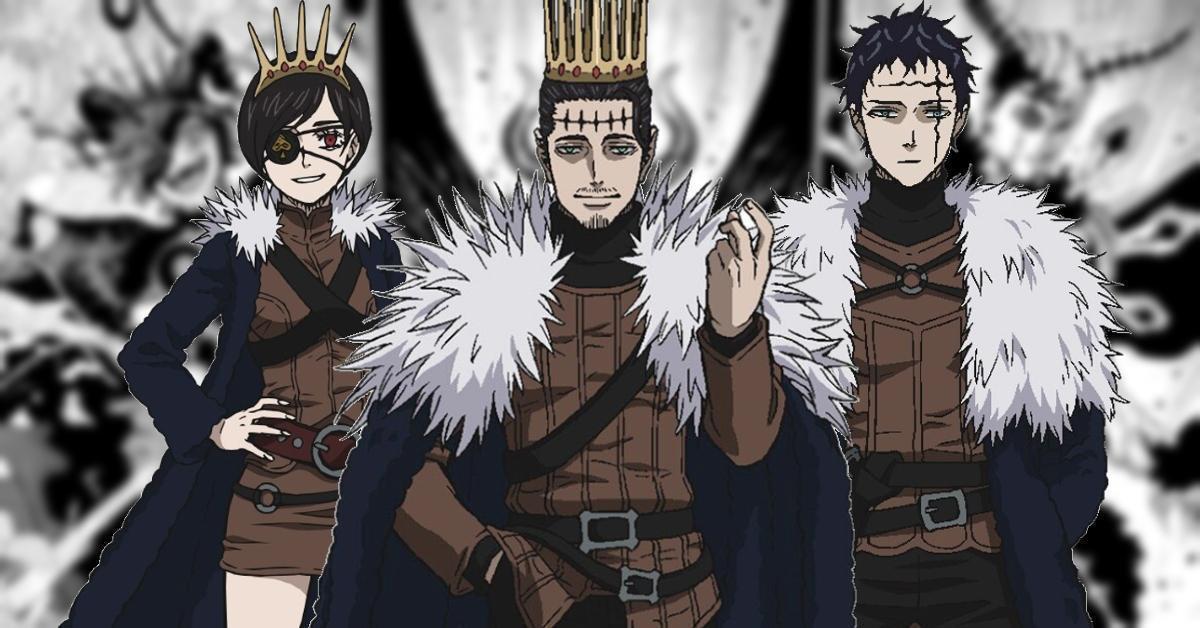 Black Clover is a shonen fantasy manga series by Yuuki Tabata. The story takes place in a world with magic, and the lead character is Asta, a boy born without any magical abilities. However, he has dreams of becoming the Wizard King. We have come a long way from that, and the story currently has 31 volumes. Black Clover also received a successful anime adaptation in 2017, and as of March 30, 2021, there are 170 episodes. Currently, it is taking a short hiatus until the manga resumes serialization.

In the time it aired, we got to see numerous powerful mages, some with powers that can destroy nations. While leads like Asta, Yuno, Yami, and the others are strong, there are some villains that they can probably not defeat with their current stats. Even their stronger allies will have a hard time against them. In this article, we will cover the mages that are ruling at the top of the food chain – The Dark Triad. They are the primary antagonists in the second saga of the series. Let’s take a look at the deadly magical powers they hold, and how they rose to become the tyrant rulers of the Spade Kingdom.

Introduction to The Dark Triad

The Dark Triad consists of three powerful Zogratis siblings – Dante, Vanica, and Zenon. Their powers are extreme since they are possessed by three of the highest-ranking devils from the underworld. Below them are the Dark Disciples, powerful mages that have sworn their loyalty to the Dark Triad. They also get some of the power from the big three, and can receive up to 40%.

One target of the Spade Kingdom was the elven kingdom of Zagred. After they got easily suppressed, the invasion proceeded to the Diamond Kingdom, and Zenon Zogratis defeated a Diamond army, including two of the Eight Shining Generals. 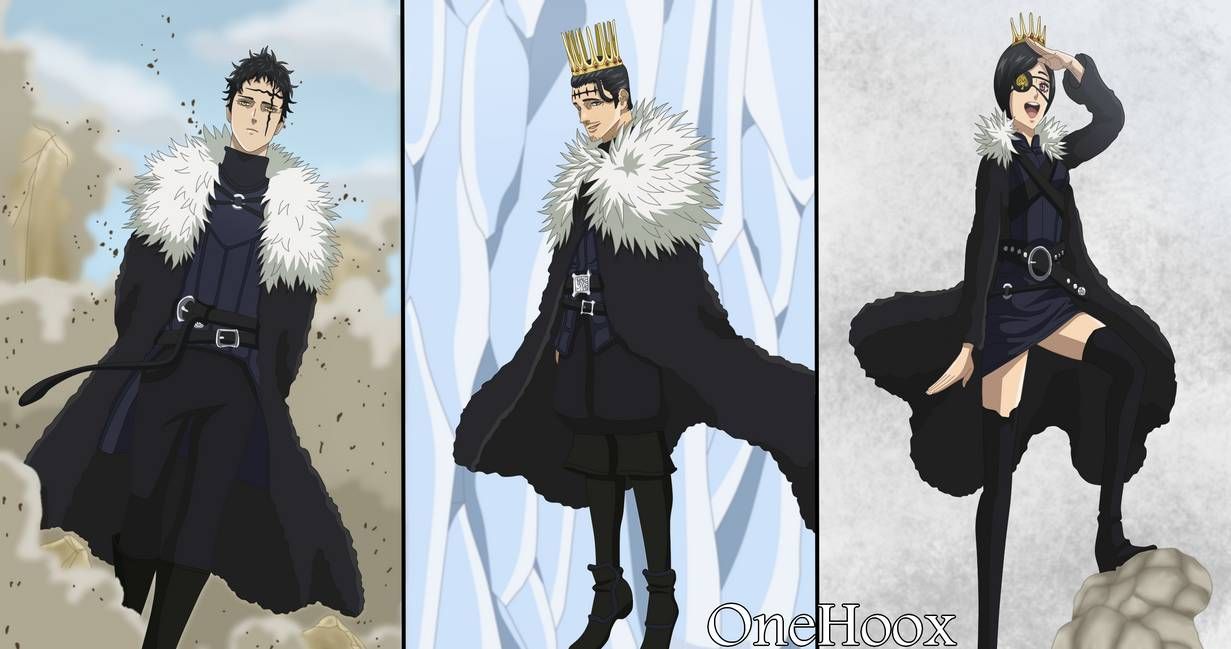 Rolopechika, queen of the Heart Kingdom told Asta and his friends that the Spade Kingdom is harboring Megicula, the devil. In order to defeat her, Asta and the others will need to train for half a year, and Asta agreed. Flash forward six months, and the Spade Kingdom managed to conquer one third of the Grand Magic Zone. A majority of the Diamond Kingdom was also under siege, and the heroes sprung a plan. Asta, along with Noelle, Mimosa, Leopold, and Luck lent their support to the Heart Kingdom.

But they only got to learn about the Dark Triad’s existence when a Spade village survivor got to let them know who ruled over them. The Dark Triad was not sitting idle in this time. Dante got hold of Lucifero’s power and launched a direct assault on the Black Bull’s headquarters in the Spade Kingdom. Vanica went off to the Heart Kingdom, and Zenon went over to the Clover Kingdom to kidnap William Vangeance.

However, a Black Bull member with Shadow Magic infiltrated the Dark Triad’s headquarters to find their objective. As per Dante, the Triad’s goal is to use the World Tree Magic of Vangeance and Yami Sukehiro’s Dark Magic to grow the Tree of Qliphoth. This, in turn, will open a portal to the Devil’s realm and unleash an army of evil into the world.

In chapter 280 of the manga, we finally got to see the full extent of their powers.

Dante specializes in arcane stage: Body Magic. With this, he can manipulate body tissues and can recover himself in an alarming speed. It also prevents his body from deteriorating in any way, so he is immortal.

Vanica is possessed by Megicula, and her power is arcane stage: Blood Magic. She can create and manipulate blood as she likes. She can also create a giant monster of blood known as Red Beast.

Zenon uses arcane stage: Bone Magic. It helps him create and manipulate bones as he pleases. His own bones can now be transformed into armor, or can be used to skewer is opponents. They are used as offensive and defensive tools. 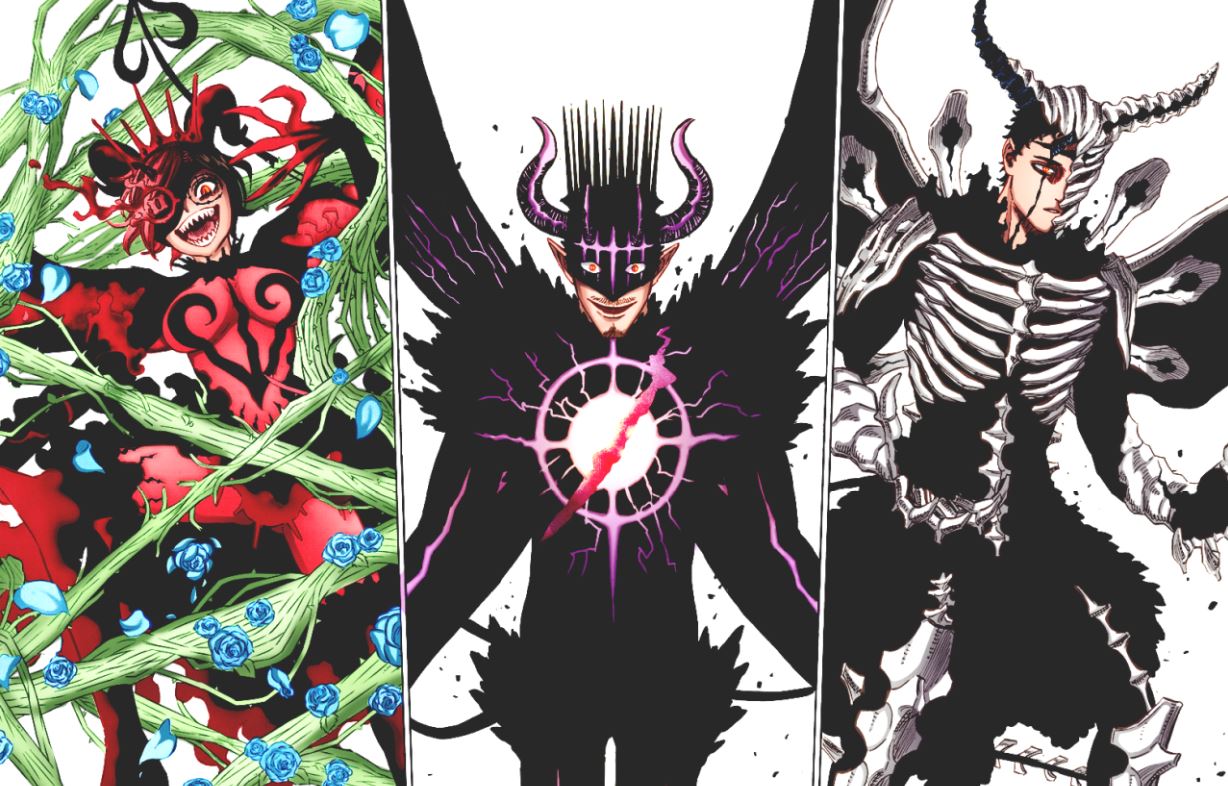