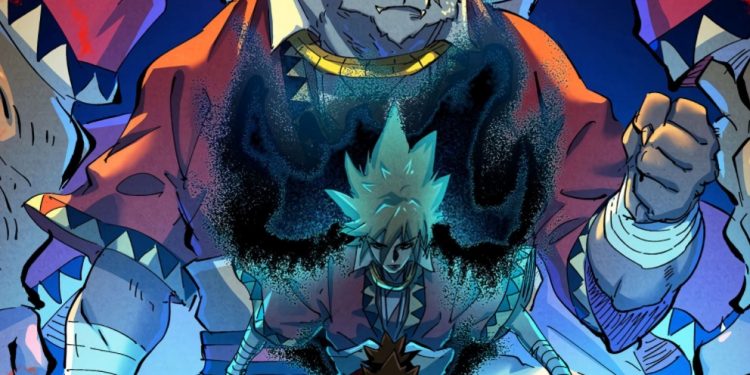 Tales Of Demons And Gods Chapter 359

Tales Of Demons And Gods Chapter 359 reveal the war between Nie Li’s troops and monsters in the Dao Realm. The war between humans and dragons began after Nie Li, and his men protected the Deity Lake. Team 2 faces the first red dragon while others protect the Deity Lake. In the recent Tales Of Demons And Gods chapter, Nie Li and Yan notice clever enemies. They know they can fool the red dragons, and Nie Lie told Yan to wait and watch since the battle has recently begun.

Yan realizes that they have to kill those red dragons or get inside. Han and his men saw an Explosion Array and wondered when Nie Li and his troop arrived. Nie Li and Yan head towards the red dragons after noticing an opening. Yan led his crew and told them that they had to kill them. He told Nie Li to do his job, buying him time. Nie Li agrees and heads toward the other side of Deity Lake. The warriors’ attacks simultaneously caused explosions all over. They know that they have to work hard since they will get an enormous reward.

Previously on Tales Of Demons And Gods Chapter 358

The red dragon was in Three Heavenly Star Realm. Yan told Nie Li to keep on attacking and leave everything to him. He wields his blade and causes a massive scar on the red dragon. Nie Li lost Bloodwing Saint Jiao-Dragon’s form and summoned another magic spell. Yan reminds Nie Li to attack while protecting the Deity Lake. They know that the red dragon won’t hesitate to take the Deity lake when he sees it. Nie Li manages to get in while landing massive strikes. The troops also support Nie Li and kill one of the red dragons.

Yan is glad that they took one down, but the remaining one is too strong. Nie Li gets an extra stone for killing the first red dragon. The remaining one uses its horns to pierce Nie Li’s men and kills them. They begin to retreat and take the battle to a distance. Nie Li and Yan arrived in another Realm facing a mysterious red dragon. The red dragon is unstoppable and kills some of Nie Li’s troops. Yan told the soldiers to kill before they lost more men. But he was surprised that Infernal Lightning Winged Snake Emperor returns quickly.

Red dragon spits the poisonous saliva and kills the Star Realm Brother instantly. Nie Li’s troops are worried that the monsters in the Dao Realm are scary. The soldiers notice that the red dragon is making its way to the Diety Lake and blocks the path since Nie Li wants to acquire the Diety Lake. Nie Li summoned a mysterious power and took the form of three draconic human beings to face the red dragon. He summons red flaming magic and shoots a red dragon, But the red dragon remains alive.

You will be able to read Tales Of Demons And Gods Chapter 359 online on various websites. Yan transforms and turns into Gold Scarlet Blood Jao-Dragon. He sends red flame to the red dragon to burn it into ashes. Nie Li also helped him with the battle, but the red dragon is potent than they thought. Let’s look at Tales Of Demons And Gods Chapter 359 official details.