Where did the mystery Of Oak Island really begin? Well that question could finally have an answer in the upcoming The Curse Of Oak Island Season 9 Episode 10. 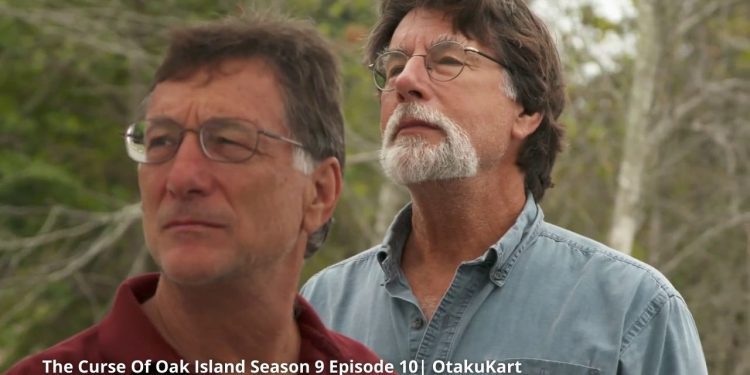 The Curse Of Oak Island Season 9 Episode 10 might be on its way to uncover the origin of the mystery and how it began. The ninth season of the show has been a series of ups and downs. While on one side, the team was discovering a number of artifacts. On the other, they lost their lands to authorities upon making those discoveries. In order to avoid that, they had to sadly bid adieu to the archeological team. After all, this is a treasure hunt. But focusing on other areas of interest has proved that the island has a lot more to offer.

So, where should we begin? Probably the Money Pit area, which has been giving a lot of clues of man-made structures like a tunnel probably. It seems like the team is closing towards a shaft. Coming to Swamp, initially, all it could give was wood and some stakes, but recently, the team discovered such a piece that is perfectly cut, but no one knows what it is. Lastly, Doug had a theory of his own to talk about when it comes to two round stones the team came to discover.

Previously On The Curse Of Oak Island

Previously on The Curse of Oak Island Season 9, we opened up with Rick and Marty Lagina’s team on their way to locate Shaft Six. This may also, in turn, result in them discovering a treasure people have been trying to recover for over 200 years. After discovering a wall in the past, some more wood coming suggests they might have come across the second wall of shaft six. Coming to the Swamp area, the dig has continued. So far, only wood and stakes are the only things here, no metal as of yet. Trying a new technique suggested by Marty saw them coming across another stake.

Back at the War room, Doug has come up with a theory. This had to do with the two round stones the team found on Island. They are not native to Nova Scotia. He believes they came from the Portuguese as they were one of the first to put canons on their ships. The stone shot came into play in the 1400s and dwindled out of use in the 1600s. So these round stones definitely come from this timeline.

Also, Professor Ross Wilheim thought that the bulk of gold and silver shipped to Europe. They made their turn from Azores Islands to counter the storm. Nova Scotia becomes a place to repair ships. Now Rick and Marty Lagina’s team, for a while, has been finding such stuff. Coming to Research Center, the team came to a conclusion with the discovery of possible walls of Shaft Six. They picked up to drill around F-4 and F-2 as that where they have found a lot of traces of gold and silver.

Later on, we see Surveyor Steve Guptill, Metal Detection Expert Gary Drayton, and Jack Begley head to Lot 4.  They came around an Iron Staple that could be connected to a potential Hatch. Coming to the F2.5-4 borehole, the team missed the mark to come close to Shaft Six, but that doesn’t mean it doesn’t exist. The Swamp, on the other hand, gave another barrel stave and a pretty smooth-cut piece of wood. For Tom Nolan, this discovery was personal as this could prove his father’s theory of the swamp being artificially made.

Check out one of the recent discoveries made on The Curse Of Oak Island Season 9 below:

The Curse Of Oak Island Season 9 Episode 10 is releasing on 11 January 2022. It is titled “Chamber of Secrets”. The official synopsis of the episode suggests that the Origin of the Oak Island Mystery might be coming to a conclusion. The Swamp, as Fred Nolan’s theory suggests, could actually be artificially made as it is giving much evidence. For starters, the wreck of a massive sailing vessel that might be hiding under it.

The Curse Of Oak Island Season 9 Episode 10 is airing on History Channel at 9 pm ET in the United States only. In, UK, the ninth season for The Curse of Oak Island is just starting to air on Wednesdays on Sky HISTORY from 5 January 2022 at 9 pm and is pretty far behind from the US airing.

The new episode follows every Tuesday and may continue after episode 9 for the ninth season of The Curse of Oak Island. Similarly, for the UK, it’s Wednesdays. You can also watch The Curse of Oak Island Season 9 Episode 10 on the official website of History Channel and video-on-demand services of Amazon Prime, VUDU, iTunes, Google Play Movies and TV, Microsoft, and YouTube TV.

Also Read: Nicky, Rebecca and Miguel Are On A Road Trip In This Is Us Season 6 Episode 2

The Faraway Paladin Season Finale Explained: Will There Be A Season 2?