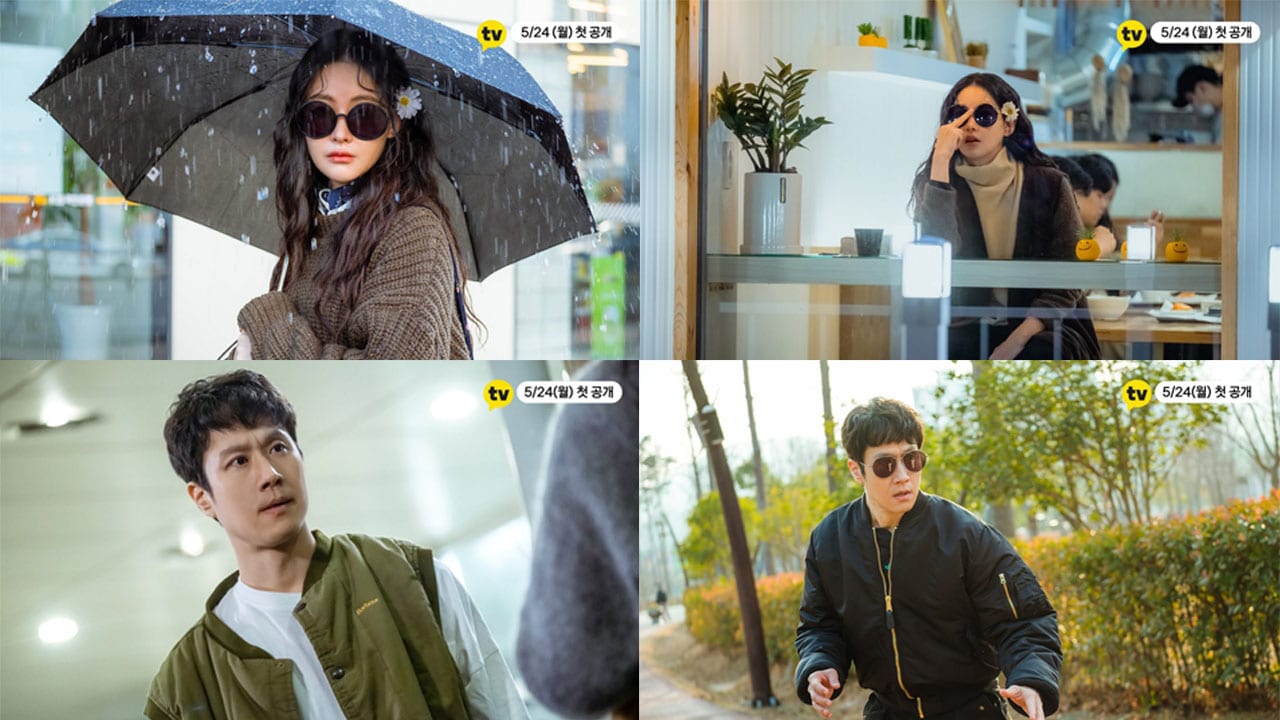 Lee Min Kyung, played by Oh Yeon Seo is a woman who always angers other people and has her delusional world. On the other hand, Na Hwi Oh, played by Jung Woo, is a detective from the violent crimes division that does not have any control over his anger. The literal title for the drama is Crazy Person in the Area. The show has also shared the teaser and poster on May 03, 2021. Now, let’s know in detail about the recently dropped new stills along with the teaser poster and video.

The Crazy Guy in the District: New Stills

The Crazy Guy in the District released some new stills of the pair on May 05, 2021. Two people, Jung Woo and Oh Yeon Seo, ended up meeting, although one is a ticking anger time bomb while the other makes everyone around her angry. They began an unpredictable and wild relationship with their characters. Their romance is not like any usual couple and gives unusual vibes, whether staring into the skies together, facing off in a park, or walking in the rain. KakaoTv released four stills of the couple together. Moreover, there is a unique dressing sense of the couple with Lee Min Kyung always holding her puppy, wearing sunglasses, and sticking a flower in her ear. 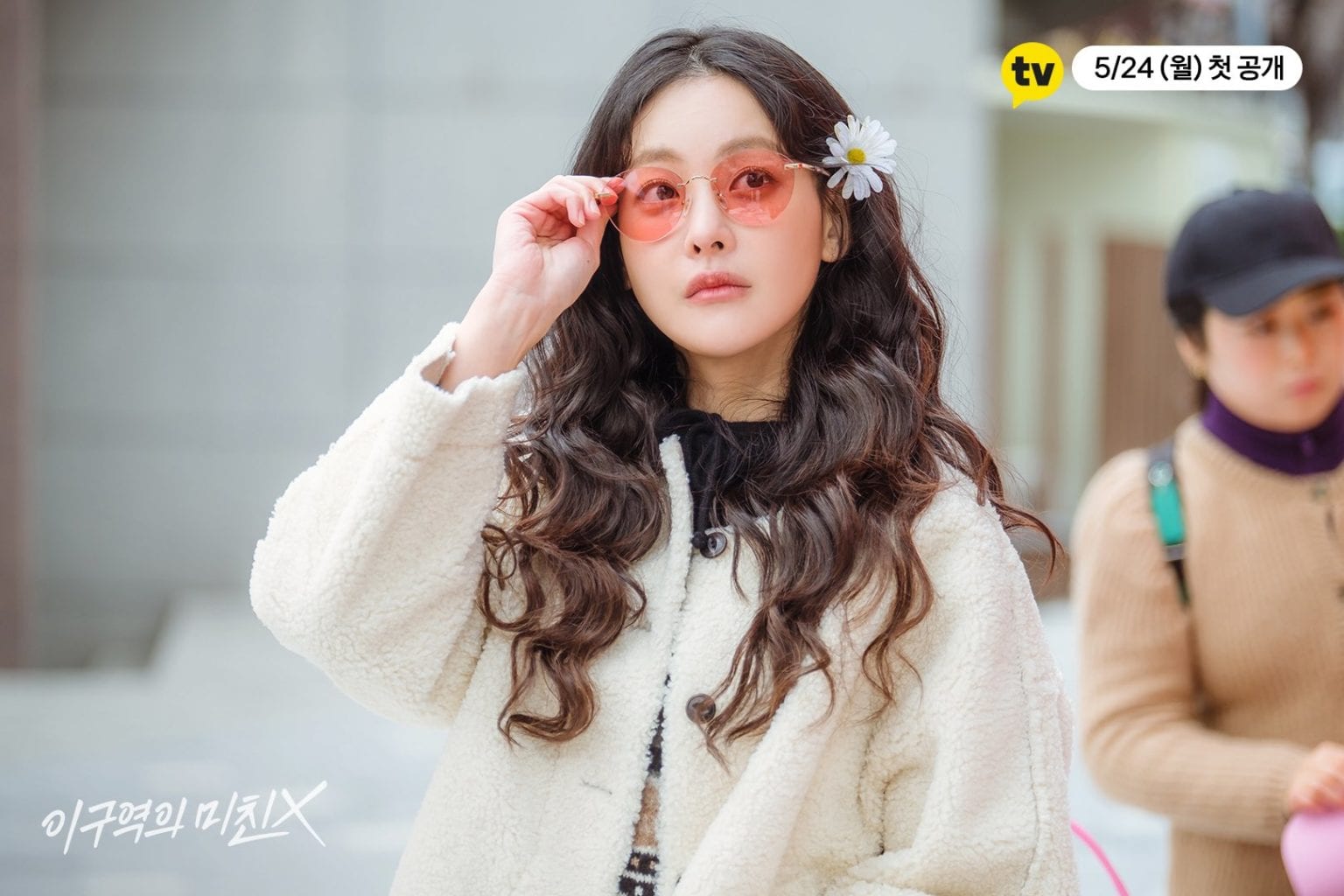 Also Read: What To Expect From Mouse Episode 17?

The Crazy Guy in the District: Teaser Poster

The Crazy Guy in the District released a powerful promotional teaser poster on May 03, 2021, with the leading characters. In the poster, both Oh Yeon Seo and Jung Woo are sitting on a scrapped car’s top. Furthermore, the car has many ticket signs of yellow parking all over it. It seems the condition of the car is not that good as smoke is seeping from the car and the bumper is hanging barely. There is no parking sign attached to the window, and the side mirrors are also bent. 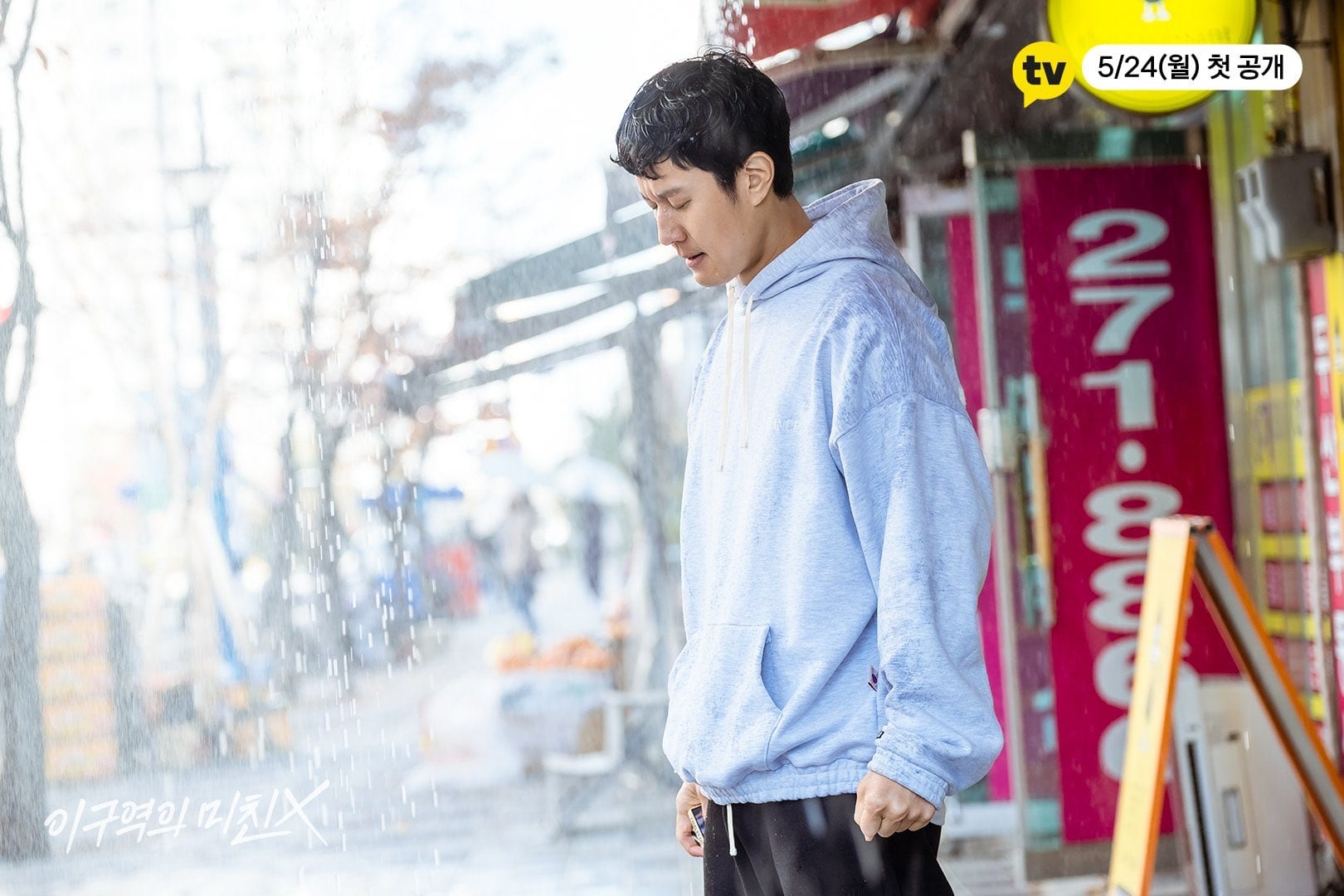 Jung Woo is holding a white-colored baseball bat in his left hand and wearing a patrol labeled vest. His face looks like he will shout at any moment and seem furious. Oh Yeon Seo holding a pink flower-patterned umbrella and wearing a blue flower-patterned dress. There is a flower behind her ears with her trademark sunglasses. She is giving a calm and confident expression. Moreover, Jung Woo and she are opposite and make a good pair. There is also a powerful phrase written on the poster, stating, “If you mess with me, you die.” The front plate of the car says about them being madly in love.

The Crazy Guy in the District: Teaser Video

The Crazy Guy in the District teaser video is of 53 seconds. The teaser poster shows a chaotic scene, whereas the video depicts the situation leading to the same. The video opens in the same parking area as the poster. In the parking lot, there is a clumsily parked black car. The D-Day arrives after a countdown. Out of nowhere, Noh Hwi Oh begins attacking the car after coming at full speed. He was shouting and cursing at the owner of the car. He was successful in destroying the car to some extent.

Then, we see Lee Min Kyung, coming with a no parking stand in her hand. She was also holding her cute puppy on the other hand. She walks towards the car nonchalantly and stabs the windshield of the car with the no parking stand. Now both are standing at the top of the car victoriously and happy with their act. The teaser video ends with the date and timing for the airing of the drama.

Also Read: The Crazy Guy In The District: Everything You May Know