The Couples of ‘Single’s Inferno’: What Are They Up To After The Show? 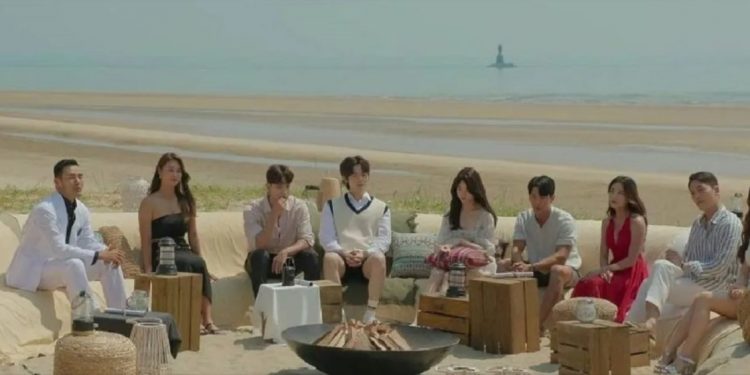 The Couples of 'Single's Inferno'

Releasing in December 2021, the South Korean reality show ‘Single’s Inferno’ took the internet by storm. With the New Year weekend, millions of people around the world binge-watched the dating show making ‘Single’s Inferno’ reach Netflix’s global Top 10 list. The show followed some good looking singles stranded on a deserted island. Having no connection to the outside world but some limited resources and each other. The plot seems very familiar to the western dating shows we’ve binge-watched on self-care nights. And just like those, ‘Single’s Inferno’ is also a trip. Taking you through sticky love triangles, cheesy montages with slow-motion effects, and a lot of hotness between the couples of ‘Single’s Inferno’.

But with every situation comes boundaries. The singles needed to follow some rules to survive on the island and access some privileges. Living together, none of the contestants were allowed to reveal any information that they’d share with their potential partners. And for a date night at the ‘paradise’ and to be able to talk about themselves, they needed a partner. But by the end of the night, they come back to the island and would repeat the process all over again. What happens in Paradise stays in Paradise. Starting with nine contestants, by the final episode, there were twelve contestants in total. While Cha Hyun Seung, Choi Si Hun, Seong Min Ji, and Kim Su Min left the show all alone. Fans have been wanting to know more about the status of our lovely couples.So Here Is Everything You Need To Know About The Current Status Of The Couples of ‘Single’s Inferno’…

An Yea Won is a personal trainer and model and has been a part of many fitness competitions. While Kim Jun Sik is the owner of a health food brand called Kamee. Kim Jun Sik and An Yea Won were the last ones to leave the show together in the final episode. Experiencing the whole thing together, the two felt real close to each other. Meeting on the deserted island for the first time, she had no idea that he had eyes for Song Ji A until she got to know that he wrote the anonymous note to Ji A. But since Ji A didn’t have any feelings for him, Yea Won ended up staying on the island. Along with Yea Won and Moon Se Hoon spending time together and following the rules, the two got to know each other a bit and went to Paradise together. Not wanting to hold back at the date, Yeo Won called Jun Sik her silver lining.

They flirted throughout and spent some time together in the hot tub. But coming back to the island, there wasn’t much change. Not wanting to take chance, Yeo Won tried her chance on the newcomer Cha Hyun Seung but he didn’t reciprocate her feelings. Sure about their strong bond, the two decide to leave together. But it is still not confirmed if the couple is dating or not. While the two do follow each other Instagram, the two are known to keep low profiles. So their relationship status, for now, is unclear.

Kang Seo Yeon is the CEO of Hit Fit Boxing and the athleisure company GoodRound. While Oh Jin Taek is the CEO of this menswear brand, Ascottage and is usually seen on social media modeling in his brand’s clothes. Oh Jin Tae and Kiang So Yeon had a really complicated relationship throughout the show. Jin Taek knew he wanted So Yeon, but she had eyes for Moon Se Hoon. But having a casual conversation about reading, the two knew that they had to get together. As Jin Taek told her that he’d love to get to know her more. So Yeon took the next step and picked him for their date night at Paradise. The two have made it very clear that wanted to be paired up together.

But due to the rules, Jin Taek had to go out with another contestant who was very close to his type and it bothered Kang Se Yeon a lot. After a lot of awkwardness and misunderstandings, Jin Taek finally opened up and So Yeon started to make some efforts too. Exploring their unique bond, they continued their journey in Inferno and Paradise. She even asked him to share a bed during their second stay in the latter after a couple’s massage. As seen on their social media accounts, Jin Tae and So Yeon seem very close to each other. The couple ever plays tennis together. And reportedly Jin Taek is also in contact with So Yeon’s brother. While the couple has not publicly revealed their relationship status, the two are getting closer every day.

Song Ji A is a YouTuber and has 2 MILLION followers on Instagram. While Kim Hyeon Joong is a model and works out a lot. Ji A received the most attention on the show, as three men fell head over heels for her at first sight. But Ji A and Hyeon Joon had undeniable chemistry ever since they saw each other on the island. Both of them acted cold, they didn’t really talk a lot on the first day but there were some small exchanges and they both ended up writing the anonymous note to each other. And keeping the rules in mind, planned who they’d pick for the initial escape to Paradise. Going to Paradise, they did more than flirting. Talking about their backgrounds and discussing religion, the two were having some really deep talks. He was the only one with whom she was emotionally close and vulnerable.

So when they came back to the island, the two got more close and build their relationship together. But Choi Si Hun came in between and swept Ji Ah along with him to Paradise. And this came as an eye-opening thing for her. Telling Hyeon Joong that she was “uncomfortable” with him in private, she confessed her feelings to him. Coming out of the island, the two have been joining around and putting up stories for each other. So while Ji A and Hyeon Joong are not exclusive, they haven’t really denied any dating rumors either.

Moon Se Hoon is really private about his life as not much is available on his social media accounts. While Shin Ji Yeon is studying neuroscience at the University of Toronto. The story of Moon Se Hoon and Shin Ji Yeon started as Se Hoon offered Ji Yeon a small pillow for her lap to make her feel comfortable. Wanting to know more about Ji Yeon, Se Hoon made efforts. He invited Ji Yeon and her closest island companion to a brunch date and made her his vote for Paradise. But all he got were indirect rejections. Trying to move on with the newcomers Kim Su Min and Seong Min Ji, Se Hoon wanted to have some closure. So by the end of the show, he decided to choose Ji Yeon for a date again.

But this time was different as this time she was genuinely interested. Opening up about their feelings over a cozy dinner, he proved his sincerity and made her laugh. Realizing their feelings by the end of the show, the two were determined to exit the show together. The two are very private about their lives and haven’t made their relationship exclusive. Ji Yeon does follow Se Hoon on his Instagram but he doesn’t so the things between the two are quite unsure. Talking about her ‘uninterested behaviour’ Ji Yeon revealed in a private interview that she got emotional because she finally felt her emotions were validated when Sehoon told her the entire process must’ve been overwhelming & confusing for her.

Also Read: Life With an Ordinary Guy Who Reincarnated Into a Total Fantasy Knockout Episode 2: Tsukasa Arrives In Fantasy World

Is Raven Bowens Pregnant? Everything To Know About the Pregnancy Rumours