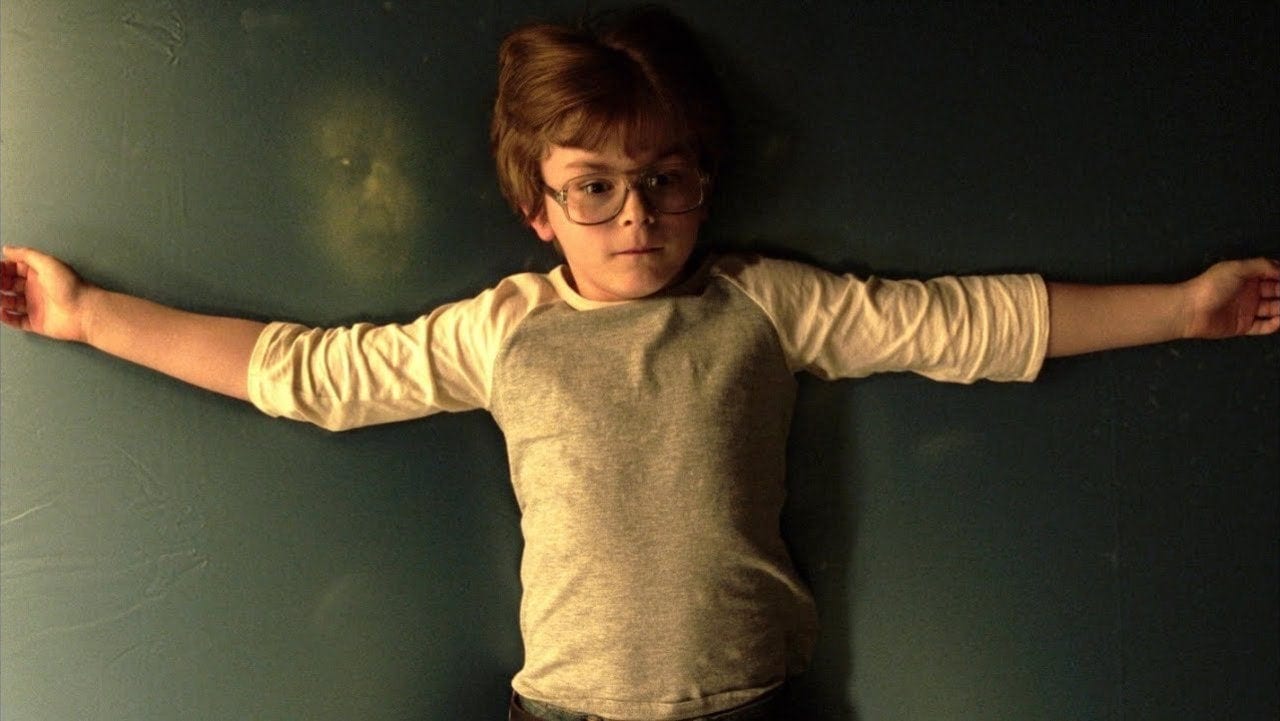 The Conjuring: The Devil Made Me Do It is the ‘theirs’ entry in the successful horror franchise. It’s also the eighth installment in The Conjuring Universe. Patrick Wilson and Vera Farmiga reprise their roles as paranormal investigators and authors Ed and Lorraine Warren. The film is based on the trial of Arne Cheyenne Johnson that took place in 1981 Connecticut. Michael Chaves has directed the film, working off of a screenplay by James Wan and Peter Safran. Michael Burgess handled the cinematography while Joseph Bishara helmed the score. The cast also includes starring are Ruairi O’Connor, Sarah Catherine Hook, and Julian Hilliard. The film hit theatres and HBO Max on June 4, 2021.

The film is a unique entry in the franchise in that it doesn’t deal with a haunted house. Instead of a demon actively pursuing and possessing people of its own accord, the film follows a human antagonist. Possession occurs thanks to the manipulation of an Occultist pulling strings from behind the scenes, using curses and totems. This article delves into the ending of the film and what it means for future installments. If you want to know what the ending entails, read on to find out. If you still haven’t watched the film, read the article at your own discretion. Spoilers ahead!

The Conjuring: The Devil Made Me Do It Ending Explained

It’s 1981, and demonologist couple Ed and Lorraine Warren are working on the exorcism of 8-year-old David Glatzel. David’s family, Arne Johnson, and Father Gordon attend the exorcism. As the exorcism commences, Arne invites the demon to possess him instead, which the demon does. Ed witnesses the demon leaving David’s body and entering into Arne’s. While he witnesses this transportation, he suffers a heart attack, following which, he’s taken to the hospital. At the hospital, Ed wakes up and tells Lorraine of what he witnessed. Lorraine then sends police to the Glatzel household, warning them of a tragedy that’s about to occur there. And sure enough, Arne, under the influence of demonic possession, kills his landlord, Bruno Sauls, by stabbing him 22 times.

His case becomes the first murder trial in America to claim demonic possession as a defense. The Warrens discover a satanic curse that passes on through witch’s totems. They then meet Kastner, a former priest who has previously dealt with a cult called Disciples of the Ram. Kastener informs them that an Occultist has intentionally left the totem, causing a curse on the Glatzels and David’s possession. The Warrens then travel to Danvers to investigate the death of Katie Lincoln. She was also stabbed 22 times as Arne did to his landlord. They learn that the detectives had found a totem at her friend, Jessica’s home, however, she is missing. Lorraine then initiates a vision, recreating Katie’s murder, and finds that a demon had also possessed Jessica.

How Does It End?

The ending of The Conjuring: The Devil Made Me Do It sees the couple returning to their home. When they return to their home, Drew gives a book of Stregharian witchcraft he found to Ed. He also says informs that to lift the curse, one has to destroy the altar where the Occultist operates from. As they find out that Katie attended the nearby Fairfield University, they suspect the Occultist must be in the vicinity. Lorraine goes back to Kastner for help. Here’s where we get to learn that the Occultist is actually Kastner’s daughter. He reveals that she started to gain interest in the occult during his research. Kastner then gives access to the tunnels to Lorraine, where she locates the altar. However, the Occultist finds Lorraine first. Ed also arrives there shortly, where the demon possesses him. Under the possession, he tries to kill Lorraine. 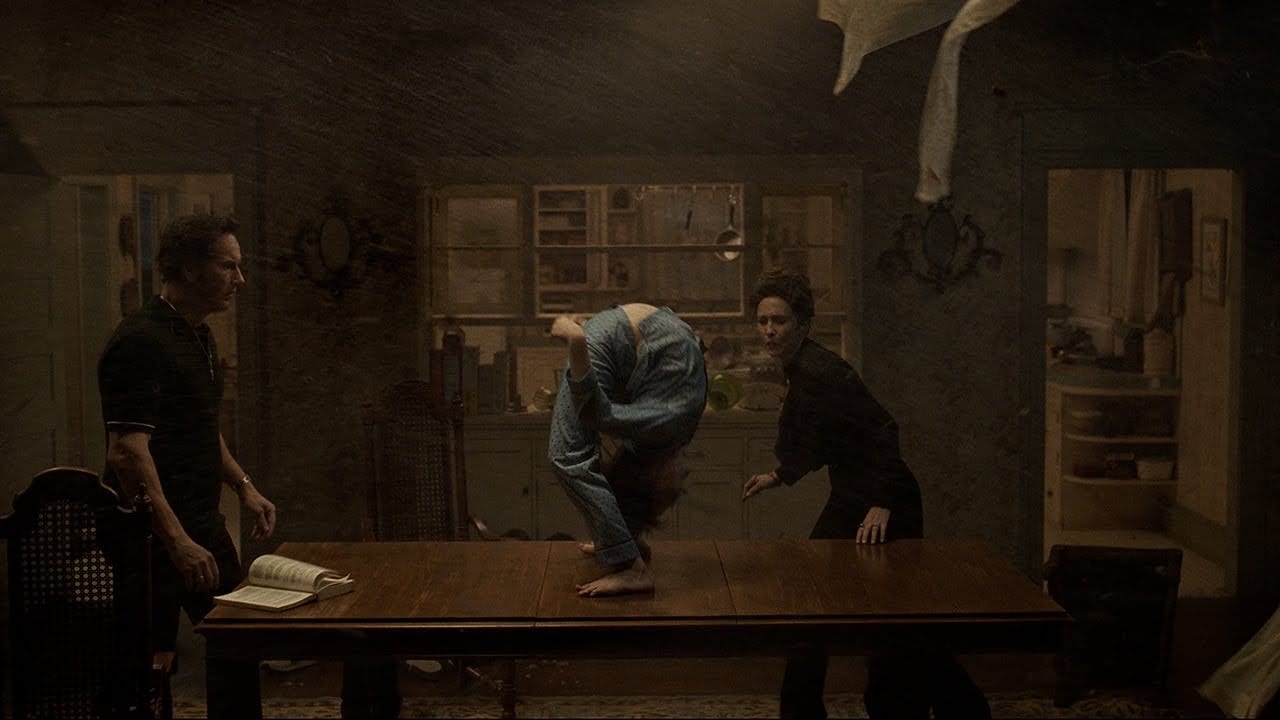 A still from The Conjuring 3/ HBO Max.

Lorraine tries and reminds Ed of the first time they met and of their love. Ed regains his consciousness and goes on to destroy the altar. The Occultist arrives at the altar to find it all destroyed. Failing to complete the curse, the demon that she had summoned ends up killing her. After the entire ordeal, Ed and Lorraine return to their home. They place the cup from the altar, adding it to their collection of possessed and cursed artifacts. The court finds Arne guilty of manslaughter and sends him to prison. However, he only ends up serving five years of his sentence. The film ends with Ed showing Lorraine a replica of the gazebo in which they first met.

Is There Going To Be A Sequel?

The Conjuring: The Devil Made Me Do It ends with a definite conclusion to its story. But that doesn’t mean that it’s going to be the end of their paranormal investigations. The film was set in 1981, which means there are still many cases left to be explored. Ed suffering a heart attack in this film may point to their slowing down and taking a break. However, who’s to say a major case can’t still inspire the couple to commence another investigation. We’ve already seen some recurring evil spirits haunting the Warrens. It’s not unlikely for a spirit to make yet another return, to take vengeance upon the couple. Adding to all these factors, the lucrative business that The Conjuring films have done, there’s definitely more to come. And we certainly can’t wait for more horror!