The Clovehitch Killer, an amazingly crafted film that came out a few years ago, is still the heart of fans. In the movie, we saw how Tyler Burnside is a teenager who is 16 years of age and lives along with his father, that is, Don Burnside. The residents of this little town in Kentucky are pretty horrified by the crimes of The Clovehitch Killer that has murdered approximately 10 women in the past. He has strangled them and submitted them to bondage. This killer has mysteriously disappeared 10 years ago. But soon enough, Tyler seems to find his father suspicious when he finds a few pictures of bondage in his father’s truck. Although other children in his church start to think that it is Tyler who likes the bondage energy.

This is when Tyler gets the idea of what if his father has some or the other connection to this mysterious The Clovehitch Killer. But this thought initially is hard to imagine for him because his father is a family man as well as a community leader. Soon enough, he starts to investigate his father as well as his private shed and finds out about a hidden compartment here. This box has some of the creepy bondage magazines. But things turn really messy when Tyler stumbles upon a photograph of a woman who has been bonded and beaten brutally. Tyler starts to fear that his father might actually be the Clovehitch Killer and thus, decides to broaden his view. 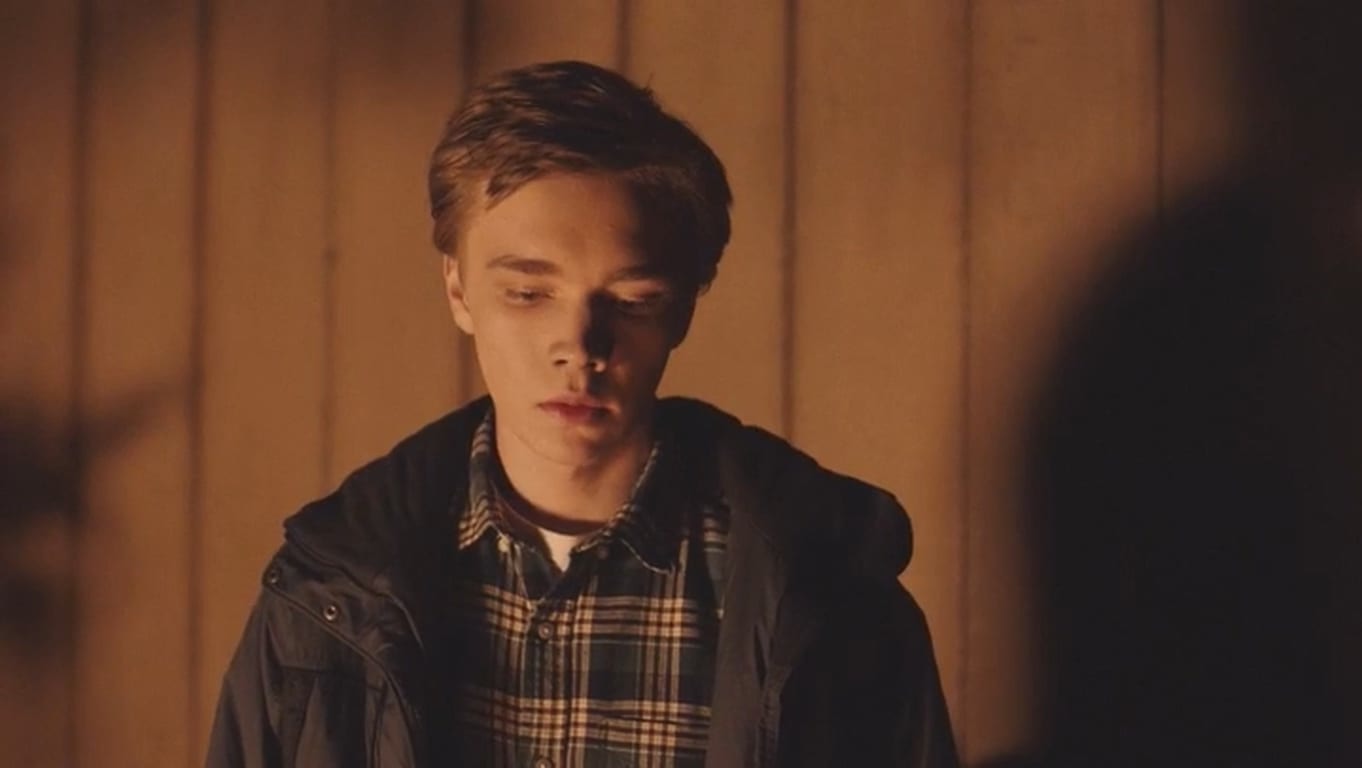 Later in the scenes, we witness that Tyler has befriended a teenage outcast from his age group whose name is Kassi. Kassi is a historian, and at first, when Tyler approaches this offer, she becomes skeptical about it but eventually agrees. Now, the two find out more about a BDSM dungeon according to a blueprint in Tyler’s shed. This was when Tyler tried to discover more of this crawl space when he comes across a box of driver’s licenses of the women who have been abducted in the past. Their pictures suggest that they have been beaten as well as bound against their will. But when Tyler confronts Don about these findings, his father simply blames it on his uncle Rudy and says that he saved the evidence to hand it over to the families of the victims. Tyler trusts his father and burns the entire evidence with him. But Kassi is not willing to buy it.

She thinks there is more to what Don says, and her thoughts become true one night. Tyler does not go on camp but pretends to, and all this while, his father goes on to stalk another woman. One night, he finally breaks into her house and binds her, and starts to strangle her, but Tyler comes in with a rifle. Don makes Kassi unconscious and convinces Tyler to hand him the rifle over but does not even hesitates to kill him with it. Although, Tyler does not have any bullets inside of it. Soon enough, Kassi wakes and knocks out Don. Don’s body is soon found, and the police think it is a suicide. In the end, while Tyler is reading a eulogy at his father’s funeral, he says that he loves his father. Although, he himself was the one to kill him.

The Clovehitch Killer has been pretty popular among the fans, and we can obviously see why. The whole concept is based on justice and how a son is not hesitant to kill his own father when it comes to rescuing innocent people. At first, the creators have even built up the thrill for us by creating a mystery about this killer but soon enough, they start to point every possibility at Don. Also, at one point, the situation gets so intense that you will find yourself biting your fingers at the thought of what is going to happen next. Movies like The Clovehitch Killer are rare and awesome, and if it is on your watchlist, then I recommend you finish it first.

Who is Dave Portnoy Dating, Was He Seen With A Cheerleader?