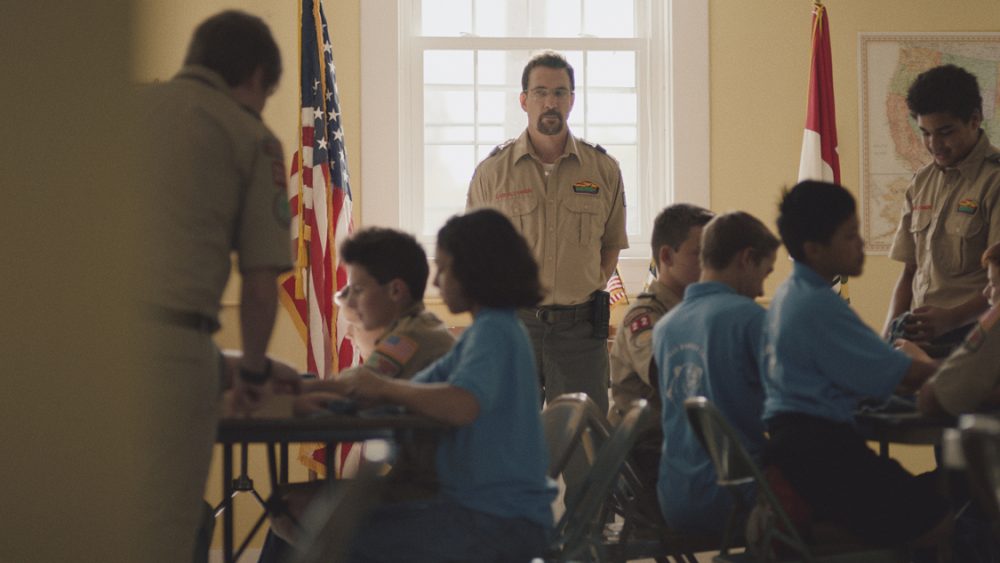 The Clovehitch Killer is a 2018 thriller directed by Duncan Skiles. Christopher Ford has penned the screenplay. The film stars Dylan McDermott, Charlie Plummer, Samantha Mathis, and Madisen Beaty. It is set in Kentucky and tells a chilling and disturbing tale of a serial killer. It follows a teenager who comes across damning evidence that points to his closed one being the serial killer. As he unravels the secrets and unearths evidence, the creep keeps increasing. Andrew Kortschak, Cody Ryder, and Walter Kortschak serve as the producers. Matt Velingdan has lent the music while Luke McCoubrey handles the cinematography. Megan Brooks and Andrew Hasse serve as editors. The film premiered at LA Film Festival on September 22, 2018. On November 16, 2018, it hit the screens under a limited theatrical release.

Charlie Plummer plays the role of Tyler Burnside, a 16-year-old teenager living with his devoutly Christian family. Dylan McDermott plays Tyler’s father, Don Burnside, who is a mentor and a respectable figure for his son. Samantha Burnside plays the mother Cindy Burnside. Madisen Beaty plays Kassi, an expert on the Clovehitch killer. Brenna Sherman plays Susie Burnside, Tyler’s sister. Lance Chantiles-Wertz plays Billy while Emma Jones plays Amy. The film received mixed reviews upon its release. It has a slow-burning atmosphere that gradually builds. The premise is simple but the horror is effective. The acting performances also lend the movie a great deal of efficacy. There’s a great deal of suspense and a sense of creepy tension. There’s also a contrast between the Christian values of the main family and Don’s alter-ego of a psychopathic killer. 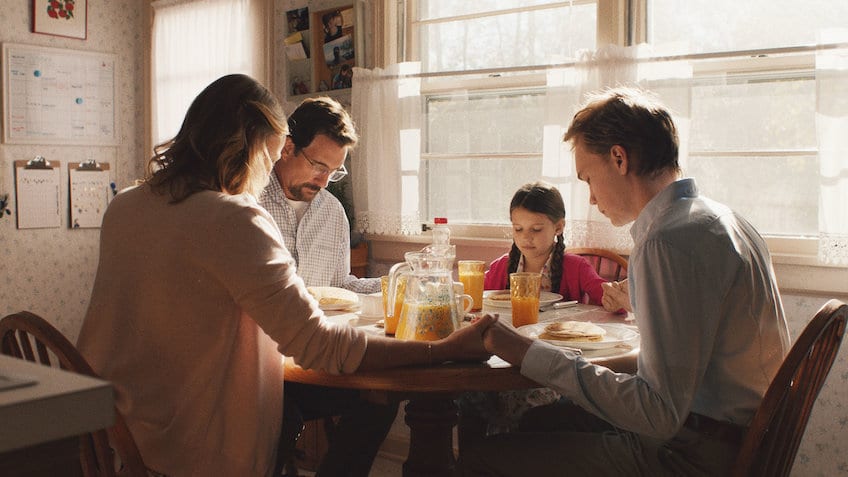 Tyler is a teenager living with his devoutly Christian family in a small remote town.

What’s the Movie About?

The film follows a 16-year-old teenager who comes across some harrowing evidence pertaining to a serial killer. Tyler Burnside is spending his teenage years with his devoutly Christian family in the small town of Clarksville, Kentucky. The remote town has a horrible past that haunts every citizen residing within it. It is infamous for the Clovehitch Killer, a serial killer who killed 13 female victims before disappearing 10 years earlier. Later on, Tyler comes across a bondage photograph in his father’s truck. It’s actually a girl he goes to see who finds the photograph. As others ostracize him for being a BDSM fetishist, he wonders if his father’s connected with the Clovehitch Killer. His father is a community man and a man of God. However, Tyler beings to fear that his father might actually be the infamous killer as he unearths more damning evidence.

Afterward, Tyker befriends Kassi, an outcast teenager and an amateur Clovehitch historian. While reluctant at first, Kassi eventually joins Tyler, and the two start finding more evidence against Don, Tyler’s father. They manage to find a connection between the photograph to a known Clovehitch victim. Later on, they also find driver’s licenses and polaroid photographs of known Clovehitch victims in the shed. Don catches the wind of something suspicious going on with Tyler. Suspicious of Tyler, Don takes him camping and explains the evidence. He tells him that the Clovehitch Killer was actually Tyler’s vegetative uncle Rudy. He claims he kept the evidence in hopes of giving it to the victims’ families one day. Although Tyler seems to believe him, ending his investigation, Kassi doesn’t buy Don’s story. Is Don telling the truth or is his story just a way to escape suspicion? 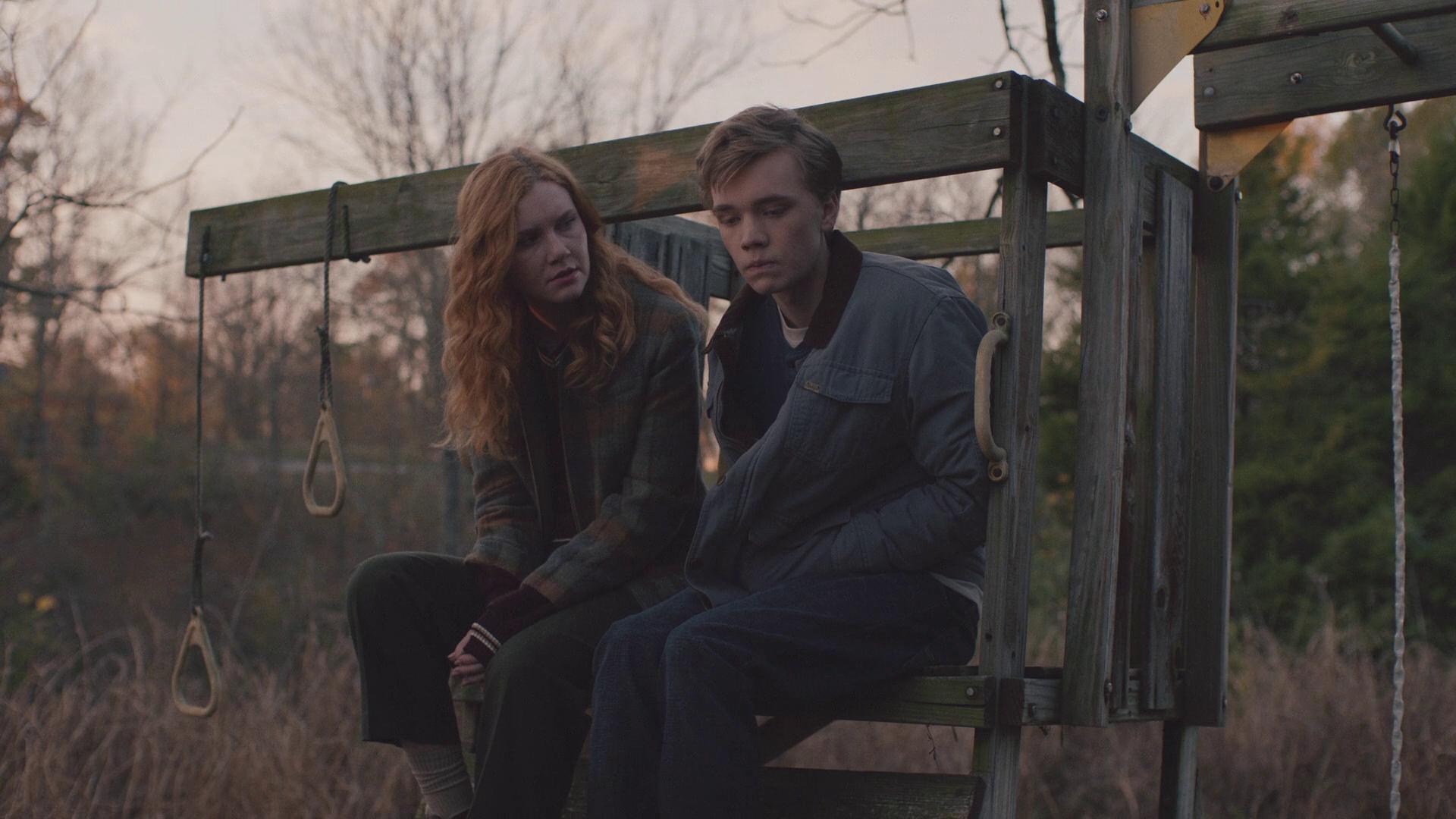 Don is a manipulative man while Tyler is a gullible lad. When Don gives him that story about his uncle being the killer, he eats it up. Later in the film, Don sends Tyler to a camp and basically had the home all to himself for a while. During this time, the serial killer inside him awakens and he goes hunting. But when Don goes in for the kill, Tyler arrives at the crucial moment. It turns out that Tyler didn’t go to the camp and now has arrived at the victim’s house with Kassi. Finding Don with the victim tied and gagged on the floor, Tyler again succumbs to Don’s manipulation. Don says he is into “kinky stuff” and Tyler lowers his gun in a moment of gullible confoundment. Don makes a run for it and snatches away the gun from Tyler.

However, when he goes to shoot him, the bullet doesn’t come out — it’s an empty gun. Thereafter, a fistfight between the father and the son ensues. Before Don can deal the decisive blow to Tyler, Kassi bonks him on the head with a lamp. We later jump to a missing poster for Don. Afterward, while giving the eulogy, Tyler grieves his father’s death, and we see a body being dragged through the ground. That body is of Don, and the ones dragging it are Tyler and Kassi. They then sit him on a chair as Tyler points a gun at Don’s injured head. Although we don’t explicitly watch him get killed, it’s pretty obvious what is the outcome from thereon. It’s pretty safe to say that Don is dead after Tyler inevitably shoots him.