Where is The Christmas Contract Filmed? All About The Locations

The Positive vibe city Louisiana featured yet again in a Christmas movie. 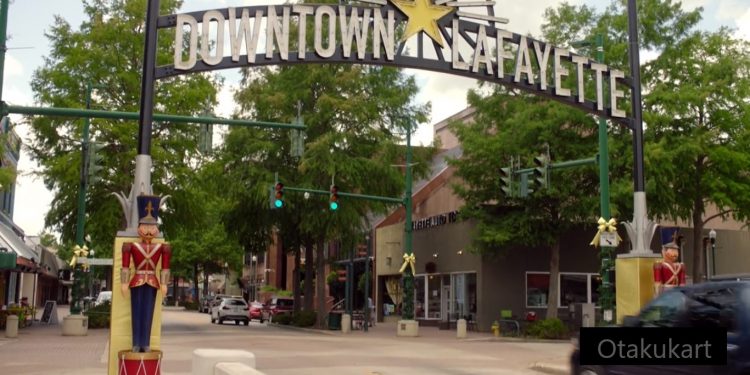 As an “enemies to lover” book and series fan, Christmas 2018 couldn’t be better for me. Active Entertainment decided to produce “The Christmas Contract” in November 2018 for all the fans of hate-to-love stories. As the viewers enjoy watching such genres, they have also been eager to know regarding the filming locations of The Christmas Contract.

The movie has two protagonists who are not-so-much enemies but surely do not go along well. Due to their respective reasons, Jack and Jolie are left with no other choice than to fake-date each other. They are bound to the contract drafted by the sister of Jack, Naomi, who is also Jolie’s best friend. Later this couple agrees to date for real. A writer falls in love as people fall in love in the books. How better could it get?

Where Does “The Christmas Contract” Took Place?

The movie begins in New York, where we see Naomi, Martin, and Jolie decorating the house for Christmas. They are later accompanied by Jack, but he only sits and reads; bookworm things. After the first few scenes, the movie is shifted to Louisiana, Jolie’s homeland in the movie. Therefore we can say, “The Christmas Contract” by Monika Mitchell was filmed in Louisiana. But was the movie filmed in New York? Was it Louisiana? Or was it both? No need to guess! We got the answers.

Talking about the story, We have both New York and Louisiana in the story.

The movie starts at the home of Naomi and Martin, where Jolie is helping them decorate the house for the Christmas party. According to the story, our main character Jolie is in New York for work, although her heart belongs to his parent’s home, Lafayette, Louisiana.

Within the first ten minutes, we see City Hall’s short glance and then Naomi’s office.

The ACA has been the best choice team made when it comes to filming locations. It covered up the idea of a comfy and joyful Christmas the movie idealizes, and the plus point is, it is actually in Lafayette.

Lafayette has been a filming spot for various movies and series due to the beauty it offers.

The market we see in the movie is filmed in the Acadian Village. The village is famous for Christmas lights itself. The team did a great job at decoration. Even if it were summer, one would think it’s “Jingle bells” time of the year.

The movie also features the then Mayor-President, Joel Robideaux, playing himself in the movie. He honors Tim and Rocky with the key of the city. It is impressive that the movie is ground-level, classic, romantic, and so real. There’s no unreal part; it’s a complete and simple real love story, which is not just a love story after all.

The Cast of The Christmas Contract

In the leads, we have ‘One Tree Hill’ fame couple Hilarie Burton as Jolie Guidry; Robert Buckley as Jack Friedman by profession a struggling writer, along with Cheryl Lad as Naomi, Jack’s sister and Jolie’s best friend who is a lawyer by profession; Antwon Tanner as Martin, Naomi’s husband(also featured in Charlie’s Angels). Moreover, ‘One Tree Hill’ series, another very famous actor Tyler Hilton also made a musical appearance in The Christmas Contract.

Is Karen Mott Pregnant On Sistas?