The Chair Season 2 Release Date 2021: Has Netflix Renewed The Show? 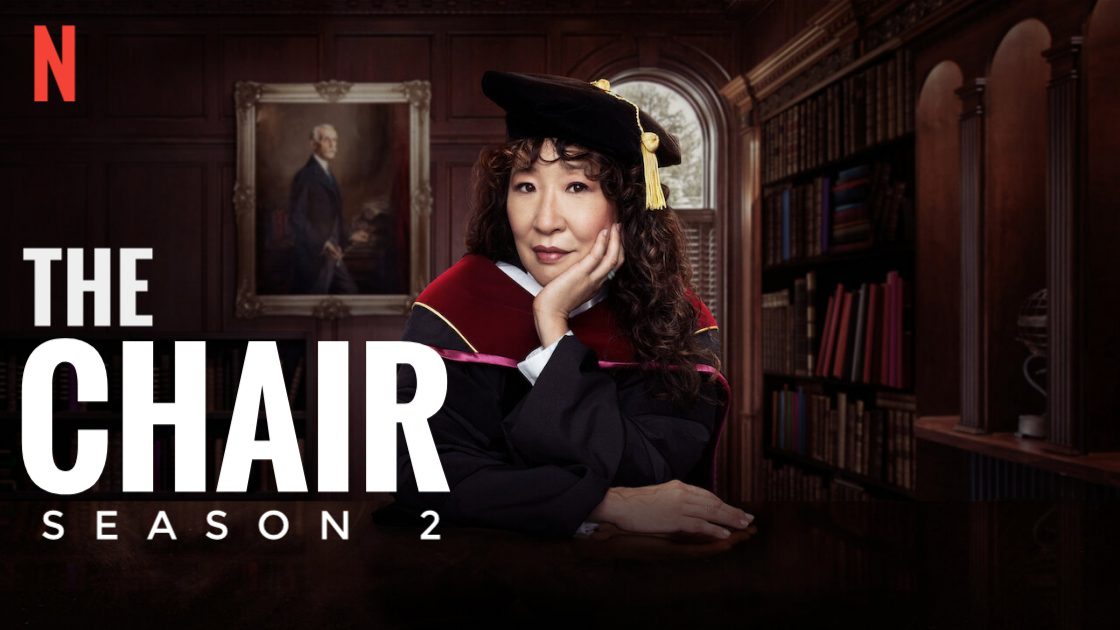 The Chair season 1 dropped on Netflix recently and became an instant favorite among the subscribers of the streaming platform, making them wonder if it’s going to return for a season 2 or not. The comedy-drama takes place at the fictional Pembroke University. It revolves around professor Ji-Yoon Kim (Sandra Oh), who is the new chair of the English department. The show follows her as she tries to balance her personal and professional life while dealing with racism and sexism. Apart from Oh, the cast includes Jay Duplass, Bob Balaban, Nana Mensah, Everly Carganilla, David Morse, and Holland Taylor.

Oh also serves as an executive producer on the show. Amanda Peet and Annie Julia Wynn are the creators of the Netflix dramedy. Peet, David Benioff, D.B. Weiss, Bernie Caulfield, and Daniel Gray Longino also serve as executive producers. Jim Frohna serves as the cinematographer for season 1, spanning 6 episodes in total. Jay Deuby and Stacy Moon serve as editors. Season 1 of the show ran for 6 episodes, each around 30 minutes long. With the kind of success season 1 seems to be having, a second season doesn’t seem unlikely. Let’s delve into all that we know about The Chair season 2 of the show so far.

What is The Chair About?

The Chair is one of the latest Netflix dramedy to do great numbers on the platform. Sandra Oh stars as Dr. Ji-Yoon Kim, the first woman and person of color to head the English department chair at Pembroke University. Her arc starts as a tenured English professor but soon progresses to the coveted position of chairing the English department. However, the coveted position comes with its own great deal of challenges. Kim takes on the position while the department is in a whole lot of internal turmoil. Apart from the departmental troubles, Kim also has to contend with more serious issues pertaining to racism and sexism. The comedy-drama is not afraid to get serious at times. And it’s this quality that differentiates the show from the rest and attracts so many eyes. The show made its way to the top 10 on Netflix, shortly after its release.

What Will Season 2 Be About?

Presently, there’s no official word or announcement regarding the release of a second season. So saying anything about the plot of The Chair season 2 will be speculative at the moment. But we can expect season 2 to have Kim continue to contend with various challenges that come her way. Although she has stepped down from the chair, there’s a lot she still has to tussle with. The various social issues that season 1 deal with are all so rampant in higher academia. As a person of color and as a woman, Kim dealt with pressing issues at the University. Along the way, she managed to overcome a lot of these challenges. But being a woman, and a person of color at that is not easy in the world of academia. Season 2, if it gets the green light, will follow Kim as she deals with her personal and professional challenges.

Who will be in the Cast for The Chair Season 2?

Sandra Oh will be returning as the lead character, playing Ji-Yoon Kim. Throughout season 1, Kim went through a great deal of trouble while chairing Pembroke University’s English department. Jay Duplass will be returning for season 2 as well, playing the role of Bill Dobson. At the beginning of season 1, he was a mess following his wife’s death. His daughter had also just left for college. Season 2 will continue his journey as he tries to contend with his loss and try to move on. Bob Balaban will also be returning for season 2, playing Elliot Rentz. He is a senior faculty member of the English department.

Nana Mensah will return as Yaz McKay. He also plays as a faculty member of the English department, who is up for tenure. Everly Carganilla, who plays Kim’s daughter Ju-Hee, will also be returning. David Morse as Paul Larson will also show up in season 2 of The Chair. He plays the Dean at Pembroke University, overseeing the English department. Holland Taylor will also be returning, playing the faculty member Joan Hambling.

As of this writing, Netflix hasn’t made any official announcement regarding the release of The Chair season 2. Season 1 of the show dropped on the streamer on August 20, 2021. It’s a relatively fresh show that is not old enough to gauge its real performance. According to how Netflix goes about renewing things, we will not get any official announcement for a while. The streamer usually waits for a month or two after a release to judge its performance. Similarly, it will check how The Chair is doing with the viewers after a month or two. Only then will the streamer decide on its renewal. Netflix ordered the show as a miniseries, but if its viewership is great even 1-2 months, Netflix might renew it. If Netflix renews it, we might get The Chair season 2 around September 2022.

Big Sky Season 2 Release Date & Everything You Need To Know