The Case Study of Vanitas Part 2 Episode 1: Will Noe Acquire The Book of Vanitas? 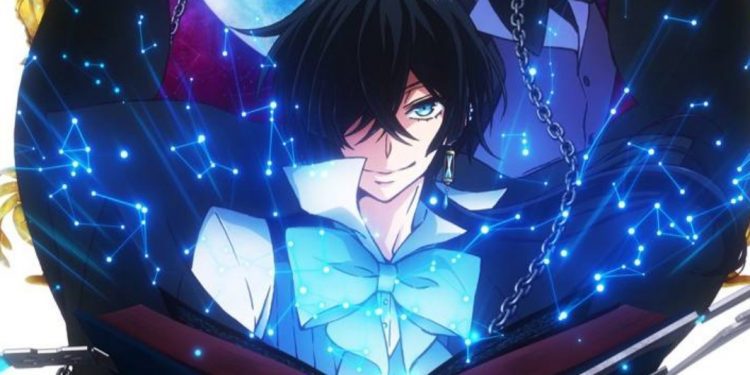 The Case-Study-of Vanitas Part 2 Episode 1 reveals the vampire mystery behind the Blue Moon Vampires and Red Moon Vampires. The Case Study of Vanitas has returned after completing twelve episodes of the last season. Vanitas and Noe continue to save the vampire and fight against evil. Part 2 will also offer twelve episodes. The Case-Study-of Vanitas Part 2 latest episode reveals the war between humankind and the vampires. Humankind has learned that the vampire who was once destroyed in the past would return. They were surprised to learn that some vampires had survived and might attempt revenge.

Noe also joined the humans talking about the vampires and saved a lady who almost fell unconscious. Noe knows that his master has sent him on a mission to retrieve “The Book of Vanitas,” a grimoire that holds a curse among vampires. The mission has sent him to Paris since his master instructed him to do so. Noe talks with that lady that he saved and tells her about the Book of Vanitas and that it was his first time visiting Paris. He also reveals about the Vampire of Blue Moon and asks the lady if she is familiar with it.

Noe and the lady went upstairs, but he was surprised when the lady began to transform. He learns that Amelia is a vampire of Red Moon, but he wants to save her. Amelia told him to stay away. Her vampire form took away the light inside the building, and every glass got shuttered. Noe was surprised to see a man in black and white entering the building while breaking the window. He noticed that mas was after Amelia, and he held her before that man took her.

The in black and white gets up and licks his blood, wondering who that guy who made him bleed is. He admits that Noe is a vampire, and Noe allows Amelia to suck his blood since she is getting weak. But Amelia turns into a 100% vampire and begins to attack Noe. The man in white and black protects Noe and reminds him to stay away. He talks about Elgantine, the Prison of Briars. Noe realizes that he has no match and asks the man in black white if he will kill Amelia and if he is one of the Church’s Chasseurs.

The Case Study of Vanitas Part 2 Episode 1 will be released on 16 January 2022. Vanitas also met with the king of vampires who stole his book, and he reclaimed it. He shows them how The Book of Vanitas work and proves that he is Vanitas. Noe and Vanitas also save the curse-bearer around Paris. Noe decided to follow Vanitas for the rest of his life. Let’s look at The Case-Study-of Vanitas Part 2 Episode 1 official details.