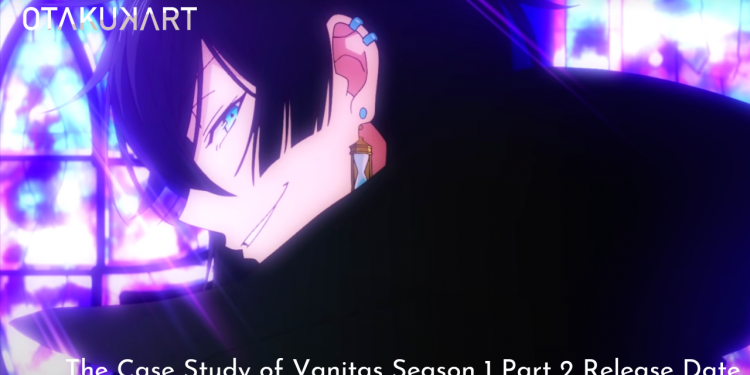 If you are looking for good fantasy anime to watch, make sure to add The Case Study of Vanitas, popular also called Vanitas no Carte to your list. The show is bringing in humour and a brilliant plotline altogether making the anime one of the best of the season. Vanitas no Carte finished airing its first cour in September 2021. Now, the anime will soon be returning with the second season. The Vanitas no Carte part 2 release date has been confirmed. Anyone who has been following the series for a while now, it’s time to get excited about the anime’s continuation.

The Case Study of Vanitas is based on the manga by the same name written and illustrated by Jun Mochizuki. It was published by Square Enix and serialised in Monthly Gangan Joker on December 22, 2015. The manga is currently ongoing and has published 9 volumes to date. After its successive sales among manga readers, Studio Bones picked up the series for an anime adaptation, which premiered on Japanese television and international anime streaming sites in the summer of 2021.

After the success of its first cour, The Study of Vanitas part 2 is soon to premiere. Here is everything that we know about the anime.

Also Read: Top 10 Vampire Anime For Your Watchlist – Ranked in 2021

The second cour of The Case Study of Vanitas Season 1 was previously announced to premiere in the winter of 2022. As per the most recent update, The Case Study of Vanitas part 2 will be released on 14 January 2022. On 22 December, Aniplex uploaded a PV revealing the anime’s new opening and ending themes. Its opening theme titled “Your Name” will be performed by Little Glee Monster. The ending theme of the anime is  “salvation”, which will be performed by MONONKUL.

In addition to the opening and ending themes, the second cour of the anime will introduce two new and important characters. The Case Study of Vanitas part 2 will feature the voice of Rie Kugimiya as Chloe and Daiki Hamano as Jean Jacques.

Where to watch Vanitas no Carte?

Vanitas no Carte is currently streaming on Funimation and can be streamed by anyone with a subscription.