The Brawl Between Two Legendary Pokemons In Pokemon 2019 Episode 91 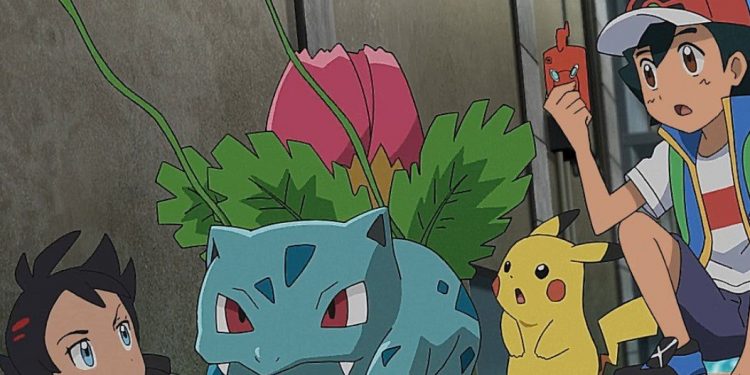 Pokemon 2019 Episode 91 reveals the mystery behind the mysterious world where Satoshi and the others visited. Satoshi, Goh, and Koharu arrived in Sinnoh after hearing about Hikari’s Pokemon kidnap. During the investigation, Lucario and Inteleon were also taken by Team Rocket. Satoshi and the other enter the shining Gate from a different dimension. Satoshi met with another version of him, and they both get surprised that they lookalike. Goh and Hikari also met with Hikari from the other world that took Pochama. In Pokemon 2019 latest episode, the other Satoshi reveals that he is Satoshi from Misara town.

The other Satoshi asks Koharu and Satoshi to go to Pokemon Center. They agree to follow him, and Satsohsi summons a dragon to take them there. Later, the trio arrives at the Pokemon Center and meets with Professor Nanamakado. Satoshi was surprised to see Goh and two Hikari, and Goph was also surprised to see two Satoshis. They notice that Hikari has found his Pochama. The other Professor Nanamakado arrives and stops the other one. Satoshi was surprised, but they learned that the other Professor was Team Rocket in disguise. He realizes that Team Rocket is the one that Inteleon and Lucario.

Goh realizes that the Team Rocket from another world is trying to steal all the Pokemon. The crew decided to get their Pokemons back and challenged Team Rocket on a duel. Aceburn and Pikachu vs. Nyarth begin after Musashi tells Nyarth to eliminate the weaklings. Nyarth uses Evil Pulse, and Team Rocket escapes. He left fighting with Satoshi and the others. Satoshi orders Pikachu to use Iron Tail, and Aceburn uses Pyro Ball. Pikachu turns into a kid, and Aceburnm shrinks and turns into a shield. The other Satoshi realizes that the backward process has begun.

He told Satoshi to put Aceburn and Pikachu inside the Monster Balls to keep them safe. Goh realizes that they have to beat Team Rocket and take their Pokemon since they might end up reverting to eggs. Professor Nanamako also had his say about the Pokemons. Satoshi reminds them about what Ms. Shirona told them. Koharu reveals that the Dialga might be involved if the time is distorting. Satoshi asks the Professor about Palkia and Dialga and how they can meet them. Professor told them to go to Spear Pillars at the summit of Mt. Tengan.

Satoshi realizes that Palkia and Dialga can fix the distortions, and their Pokemons will turn into standard form. He summons Kairyu and Ginger to transport them there. But Karyu and Ginger also turn into kids. The other Satoshi tells them that the rewinding is getting faster. Goh summons the other two Pokemons that help them. The other Team Rocket also arrives in a mysterious world and wonders why things look weird. Nyarth warns the team since strange things are happening. Sonansu turned into a kid, and the team wonders what happened. Satoshi and the other got captured by Team Rocket.

Pokemon 2019 Episode 91 will be released on 17 December 2021. Team Rocket has locked all the Pokemons they have captured, revealing why Dialga and Palkia are fighting. Musashi says it is a brawl between two Legendary Pokemon, and no one can stop that fight. Palkia and Dialga are fighting inside a barrier that cannot be broken. Musashi reveals how Palkia is opening the Gates between worlds. Koharu and the others arrive and rescue Satoshi and the others. Let’s look at Pokemon 2019 Episode 91 official details.

Aesthetica of a Rogue Hero Season 2: Is it Happening?