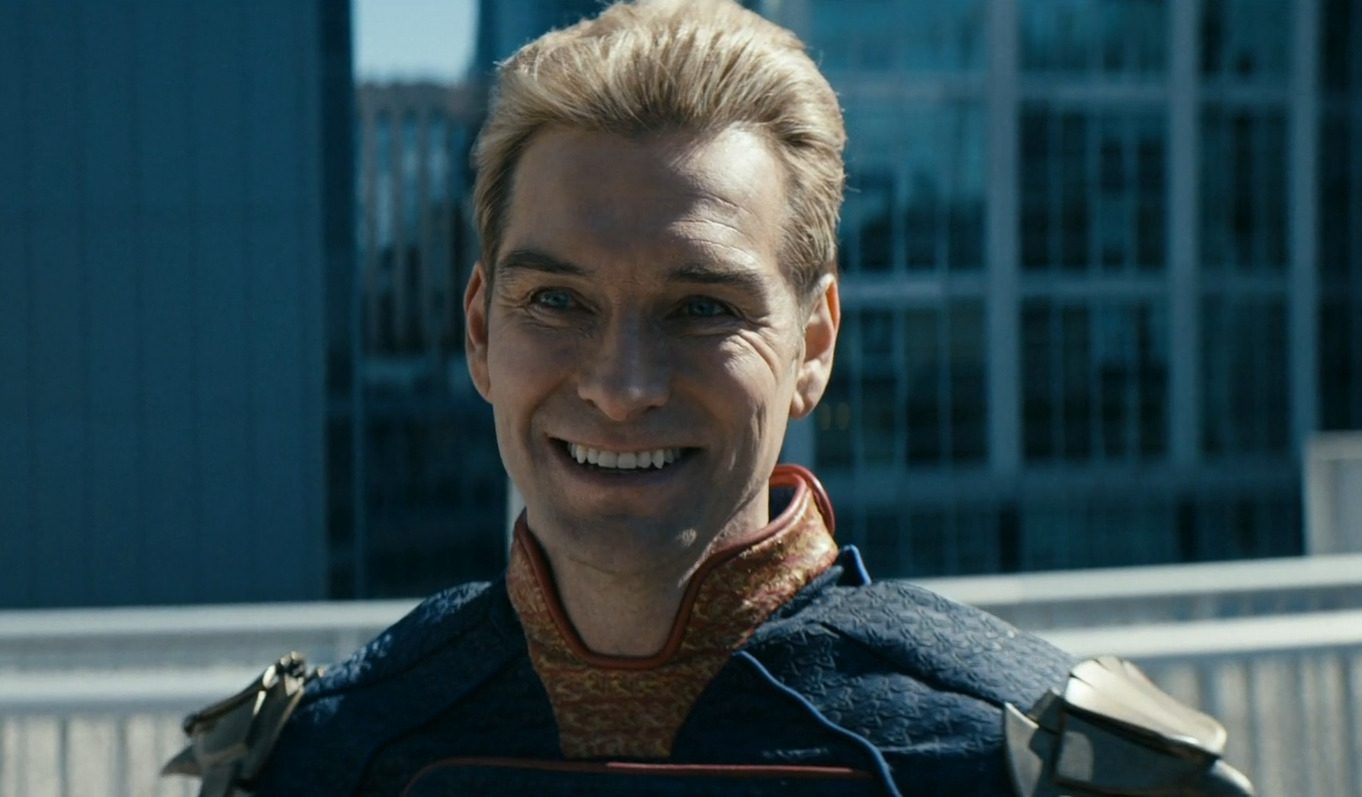 I had a question, is it weird to like the sound of crushing bones, people cutting in half and exploding, and a face that is punched so hard that it is flat? If it is, then I am weird. I wasn’t like this before watching The Boys, these kinds of things were unwatchable for me, but now I love them. I guess The Boys has weirdly changed me. And boy, there was some good weird stuff in The Boys Season 3 Episode 2. Face smashing, a person falling from the top of a building and then smashing on the ground, just too much smashing.

Following the popularity of his biography, Deeper, it appears that The Deep’s experience with the Church of the Collective will be made into a film called Not Without My Dolphin. Elsewhere, in The Boys Season 3 Episode 2, Hughie & Annie delve deeper into Red River, the Boys track down Payback, and Homelander experiences a nervous breakdown.

It’s Homelander’s birthday in The Boys Season 3 Episode 2! At the very least, it’s the day his marketing team chose for his birthday. Regardless, Homelander is pleased to be able to celebrate his success and do “whatever the heck I want,” as he puts it. But things are going to change for him. When he tries to get Starlight to perform a humiliating birthday song, she refuses, and Stan Edgar stands by her. Homelander’s days of doing whatever he wants to appear to be numbered. And, understandably, he’s not pleased. 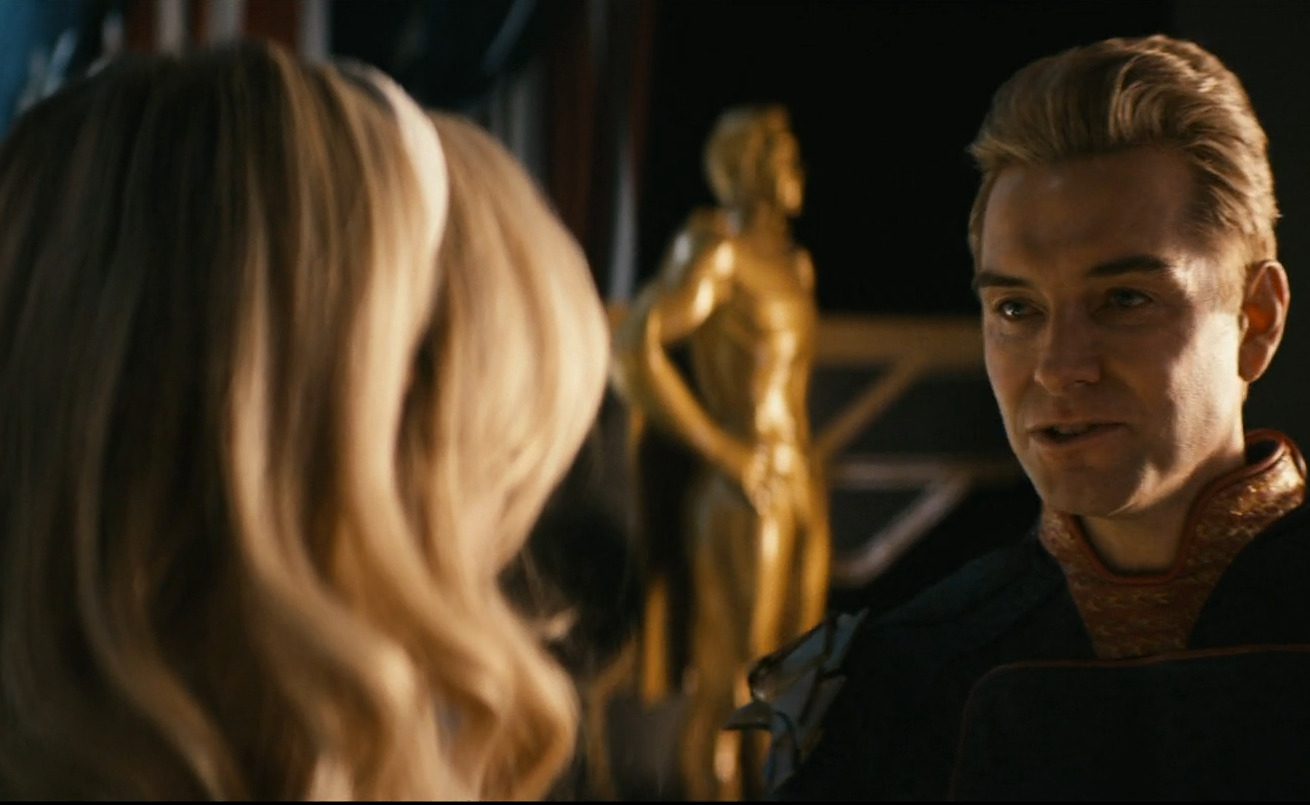 Meanwhile, Billy Butcher is confronted with a difficult choice. In the previous episode, Queen Maeve offered him a crucial piece of information that could help him finally eliminate Homelander — but that wasn’t all she gave him. She gave him three doses of “V-24,” an untested drug that embodies normal individuals with powers, for 24 hours to assist him in surviving this deadly assignment. Butcher faces a difficult choice: will he become the thing he despises the most in order to avenge his late wife, Becca?

Butcher resolves to go for one of Soldier Boy’s old comrades, Gunpowder, a superhero. Butcher asks Gunpowder for details on Soldier Boy’s death, but he refuses to budge. Instead, after the conference, Gunpowder attempts and nearly succeeds in murdering Butcher in the parking lot.

Butcher has no ideas. In this state of despair, he receives a call from Hughie, who eventually informs him of Neumann’s true identity. Butcher decides to pay a second visit to Gunpowder, who welcomes him with a shower of shots.  Butcher has taken a dose of V-24, so the bullets just bounce off his body and fall to the floor this time. 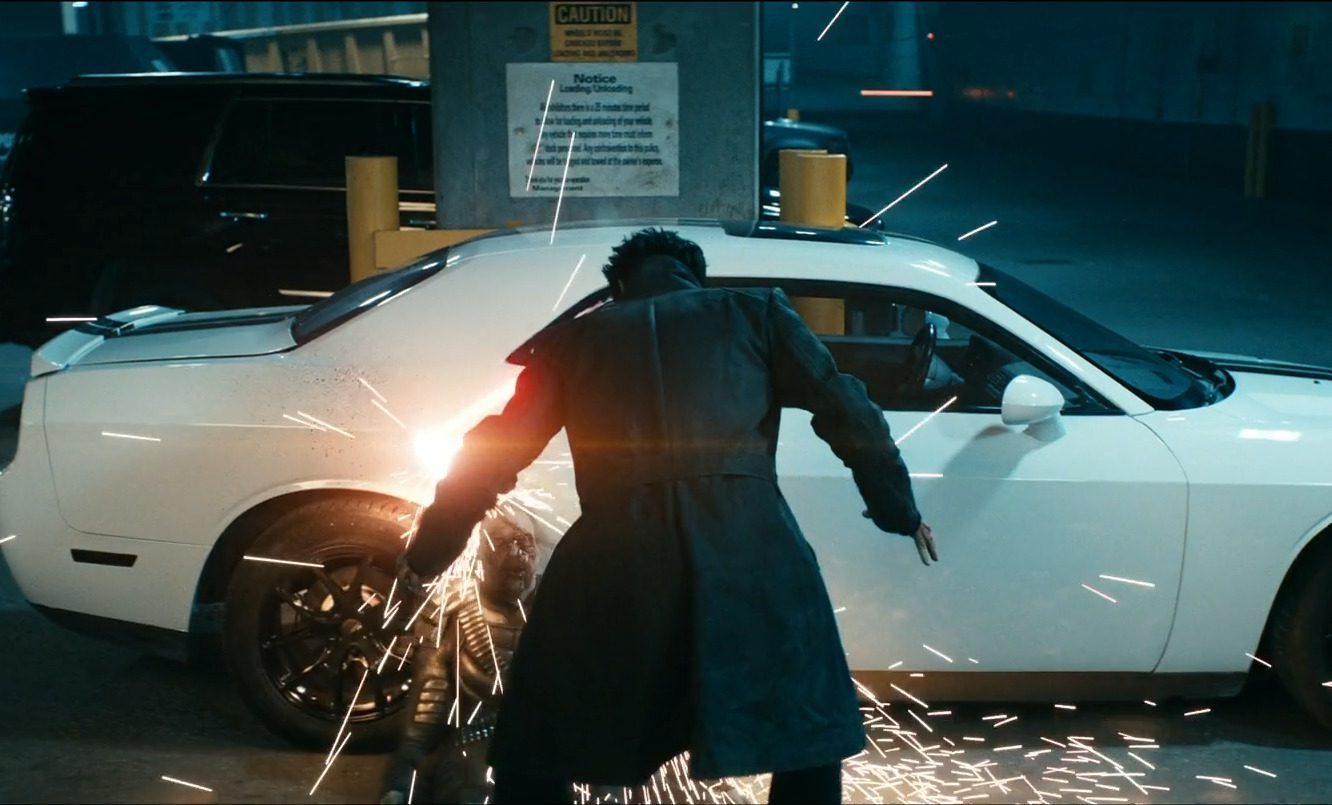 After a horrific beating from a super-powered Butcher, Gunpowder gives some Soldier Boy information: Soldier Boy’s squad Payback had been in Nicaragua with the CIA on a joint assignment years ago. Soldier Boy was killed there, and Gunpowder is confused as to how it happened. Butcher has a chance to let Gunpowder go free now that he has that information, but with V-24 and blind hatred coursing through his veins, he can’t seem to help himself — and he smashes Gunpowder to death.

Homelander Shows His Heel Side To The Public

On the other side, there are plenty of super-powered activities going on in Vaught’s universe. The news that Stormfront committed suicide interrupts Homelander’s “birthday save.” He’s so traumatized that, rather than saving the woman he’s arrived to save (who is standing on a rooftop, preparing to commit suicide), he encourages, no, scares her to jump.

Starlight later wishes her “best pal” a happy birthday during Homelander’s birthday celebration. Rather than clapping and celebrating, Homelander grabs the microphone and completely loses it. He declares that he is no longer interested in playing nice. He’s had it with pretending to be anything less than a real god among mankind. In a departure from his trademark tagline, Homelander addresses the audience: “You aren’t the true heroes, are you? I am the true hero.” 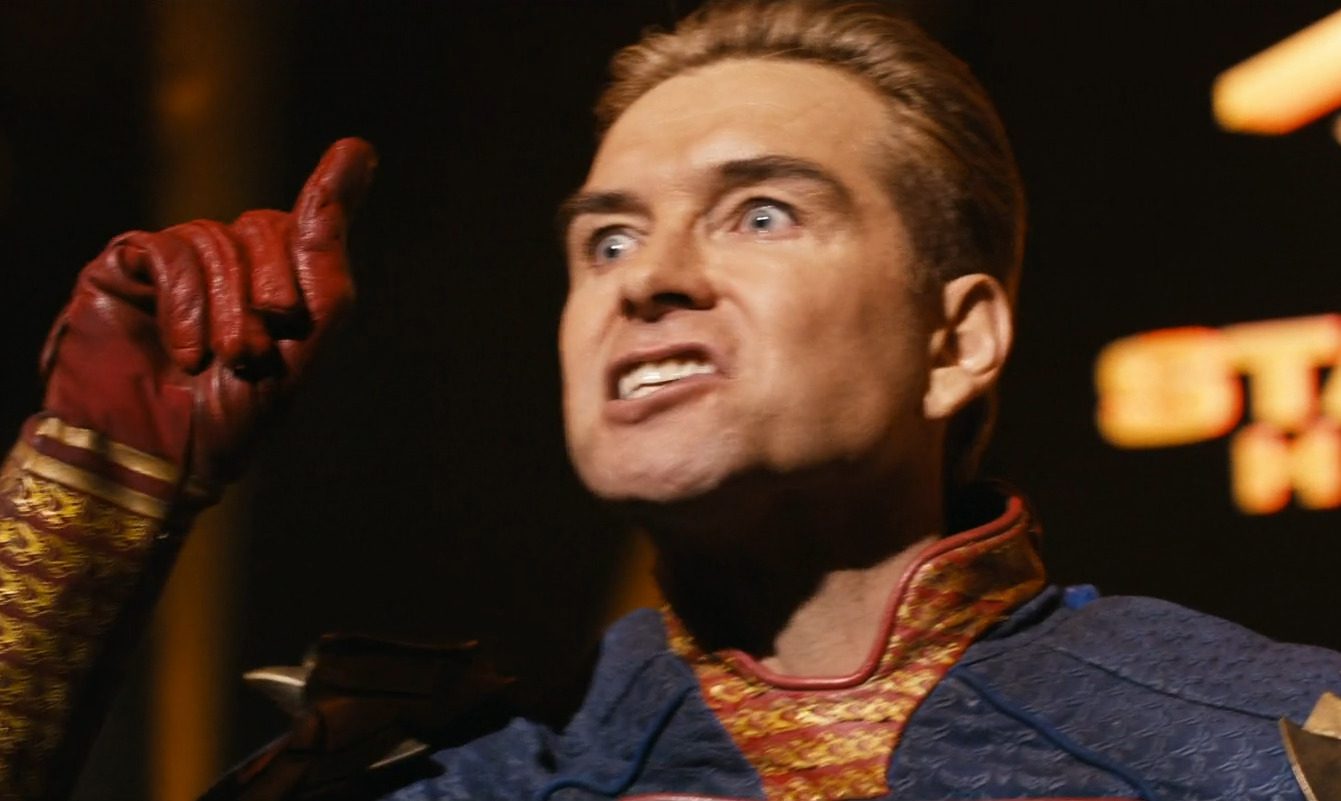 Thoughts On The Boys Season 3 Episode 2

Our characters develop quite a bit in The Boys Season 3 Episode 2. MM’s personal growth has been excellent, and the fact that he’s become involved in the Soldier Boy problem offers him genuine reasons to return to the squad. Similarly, all of the other characters have such a lot more depth now, specifically after learning about the history of Red River & Neuman. Not just that, but her connections to Stan Edgar are now quite clear. It’ll be interesting to watch how this develops in the future and whether it will eventually tie up with Homelander.

Homelander has absolutely cracked now, and I can’t help but think that this will result in the people rallying to his side. We’re now getting to see the real Homelander, and while I hate to compare it to real politics, there are striking parallels between politicians expressing their true feelings, no matter how controversial, racist, upsetting, or simply wicked they may be.