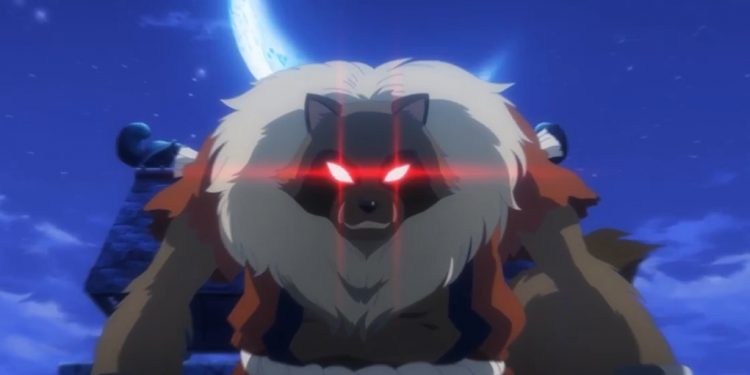 The Bounty Hunter, Moroha vs. Shogen begins with Yashahime: Princess Half Demon – The Second Act Episode 10. After Moroha got captured, the raccoons believed that Moroha was their enemy since her parents were their enemies. The head elder of the Mamidaria family noticed that the raccoons got defeated and decided to fight Moroha. From Yashahime: Princess-Half-Demon – The Second Act’s latest episode, Shogen thinks he will get revenge by defeating Moroha. Shogen summons Full Moon Racoon Dog.

Moroha uses her rogue and paints her lips to transform into a human beast. She transforms into Beniyashi, Destroyer of Lands, but Takechiyo arrives and reminds her if she fights in that state, she will stay asleep for the whole day. Moroha replies that she will prevent that and uses Crimson Black Wave against Full Moon Raccoon Dog. The Full Moon Racoon Dog uses a beam to block that, and Shogen uses World Reverse to send the attack back to Moroha. Moroha tried to block it, but it was too late, and she was sent flying with Takechiyo.

Riku, Rion, Towa arrives at the river after facing Kirinmaru, who decides to spare them since Towa can see the spirit that Kirinmaru. Riku is glad that Kirinmaru is unaware of what they are up to, and Rion smells something. Towa reveals that it is her ultra-smooth Lavender hand cream. Riku puts the cream on his eyes and says he can only see Towa. Rion tells him to stop teasing the ladies. Demon Slayer, Setsuna, and the likes of Hisui arrive in the woods. Setsuna realizes that she has to find a way to cut the thread of fate and save her mother.

Kohaku reminds Setsuna about something after realizing that she has forgotten that she has cut more bamboo trees than they need. They realize that the Flame Bulls will come soon, and Kohaku is worried about the master of the Flame Bulls. The village elder reveals that they have placed a demon-god sealing barrier around the village. He believes that Mayonaka will never break that barrier.

The elder also tells Hisui not to mess with Mayonaka since Mayonaka will invite more trouble. Kohaku agrees, and Hisui and Setsuna talk about something. Takechiyo and Moroha hide inside the dungeon while waiting for Moroha to recover. Hachiemon also helped the two and wished Moroha a speedy recovery since Shogen, and Full Moon Racoon might find them at any moment.

He knows that Master Kikunosuke’s ceremony will begin soon, and Moroha has to be present. Takechiyo reveals that Moroha needs to rest for the whole day until the following evening. Hisui and the warrior protect the village, and Setsuna with Cat Demon Kirara goes on guard. They are looking to see if Mayonaka will appear. Setsuna approaches a guy who was paying respect to the Flame Bull that she killed.

Setsuna wonders why that guy is doing that since the Flame Bull almost killed the citizens. The guy reveals that he feels sorry for the Flame Bull since Setsuna landed a killer blow that no one has ever done in that battle. Setsuna realizes that Towa does such things and wonders if that guy is from around. The guy agrees and reveals that he left the village at a young age. The local deity of Gokuku village, Mayonaka, arrives and tells the villagers to hand over the Blessing of Five Grains, or he will torture them.

Yashahime: Princess Half Demon – The Second Act Episode 10 will be released on 4 December 2021. Hisui, Setsuna, and Kohaku get ready to face Moyonaka. Mayonako destroyed the demon-god sealing barrier, but they managed to send him away. Mayonaka returns and captures Setsuna and reveals his motives. They manage to find Oharu within the Blessings of Five Grains. Mayanoka vanished with Oharu. Let’s look at Yashahime: Princess-Half-Demon – The Second Act Episode 10 official details.