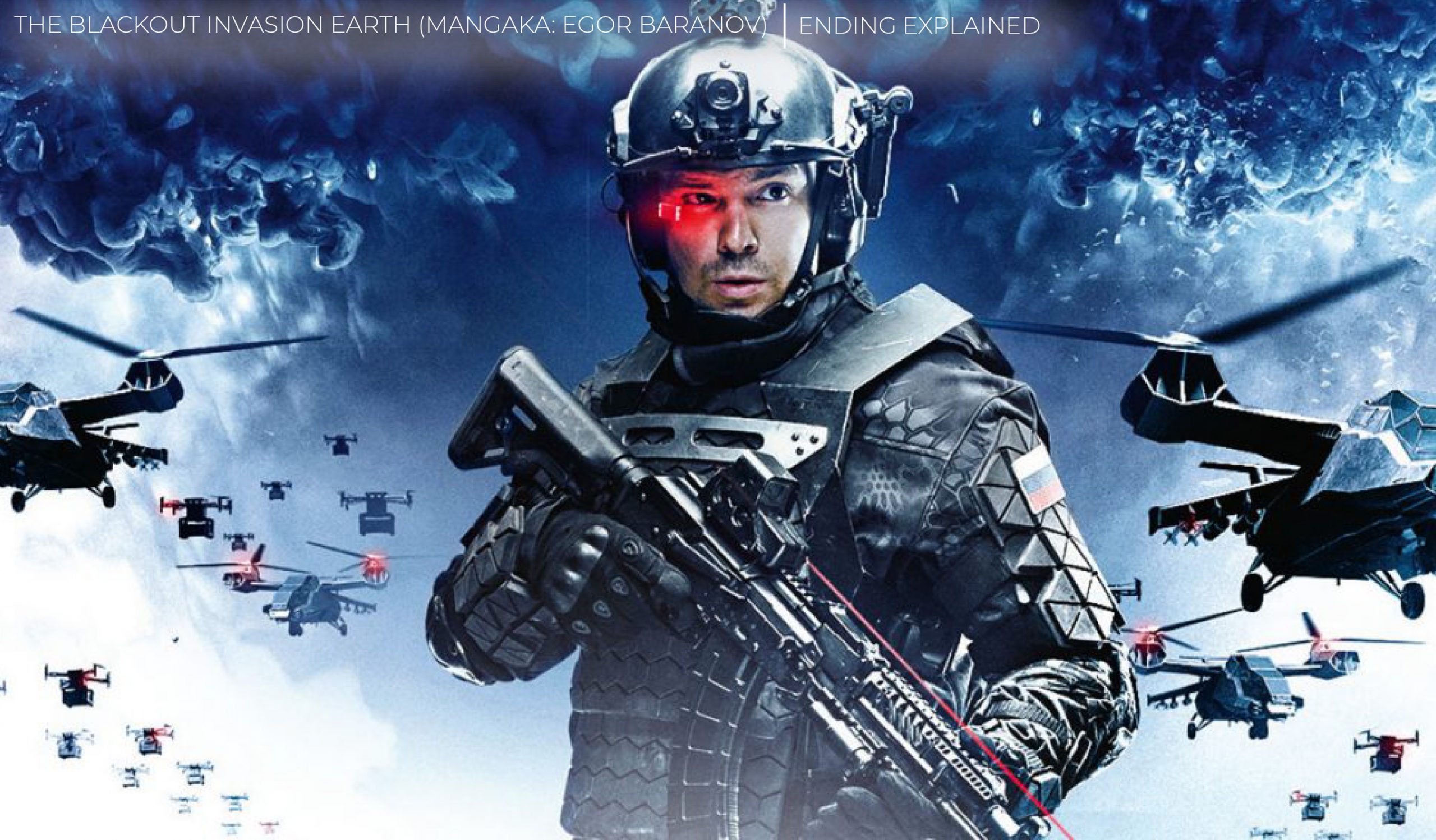 The Blackout is a 2019 Russian science fiction action thriller film directed by Egor Baranov with Pyotr Fyodorov in the lead. The movie got its world premiere at the Cinequest Film & Creativity Festival on 15 March 2019 and was then released in the Russian Federation on 21 November 2019. The film explores an event that suddenly plunges the entire world into darkness, which destroys life on Earth except for a small area in Eastern Europe. The reviewers did not heartfully accept the movie as it got very harsh and negative reviews. In this article, we will be looking at The Blackout Invasion earth ending explained. With that, we hope that will solve every doubt you had about the Blackout invasion.

The creators initially planned to make it as a series, but the creators had only the script of the first series. Egor made slight changes in the script while the series was being filmed; this includes changes made to the history. After the first series was shot, it was clear that the script changes change the plot’s intonation and direction. It was after that they decided. After that, it was decided to move the script in a slightly different direction. According to Egor, the film is more anti-war. The filming of the film took about six months. The crew brought real soldiers with the latest military equipment in the movie’s set. But the military did not interfere in the script of the film. 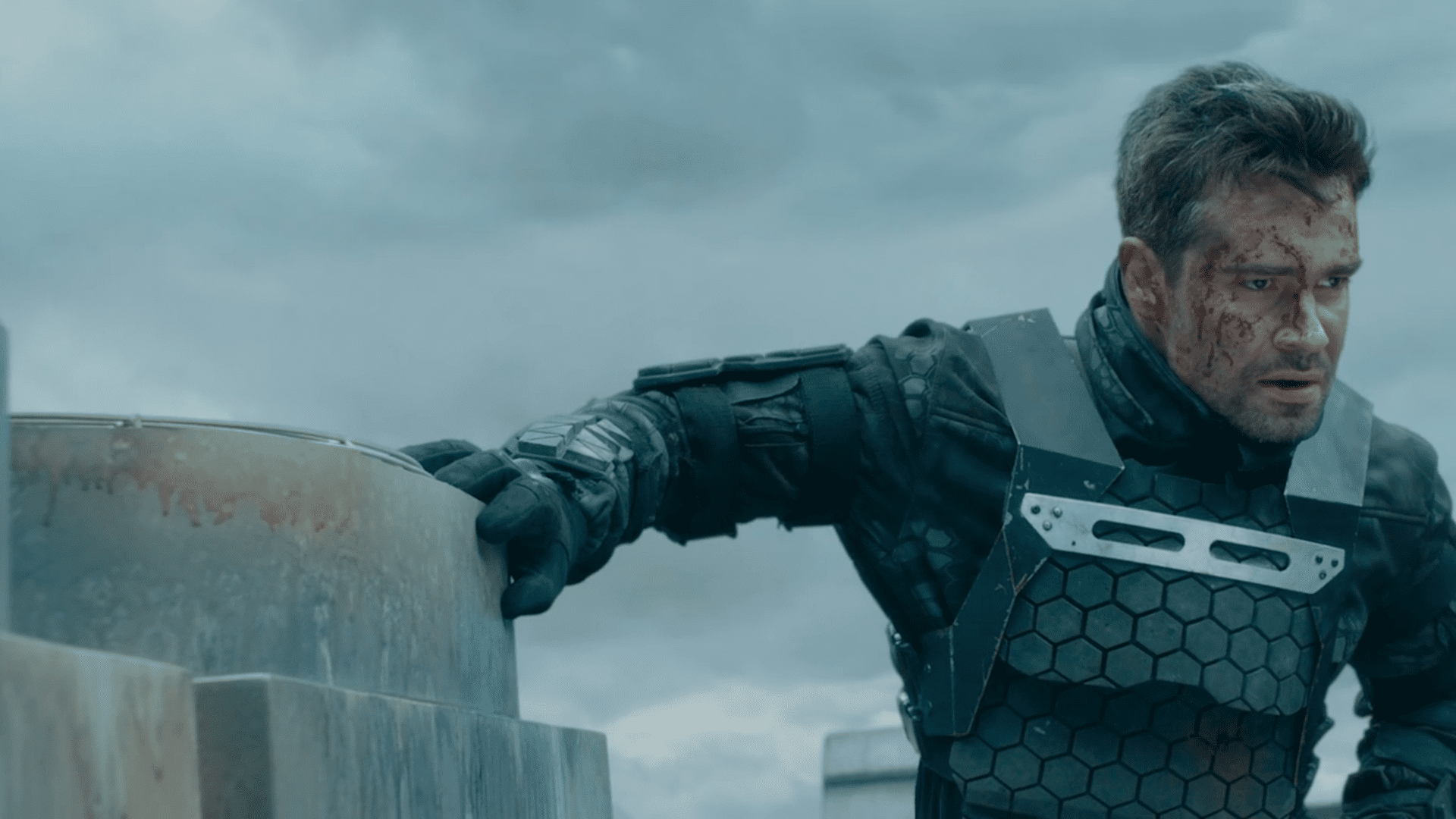 The Blackout is a Russian science fiction action thriller film directed by Egor Baranov with Pyotr Fyodorov in the lead.

Unidentified energy approaches towards an Outpost of the military base. The soldiers get prepared for this uninvited thing only to discover that these are creatures larger than humans. These creatures can move at a speed of twenty kilometers per hour. After this, we are taken 24 days before the events. We will see serviceman Oleg taking his date to his place after their date. Suddenly the entire world falls into darkness, except places like Moscow, Belarus, Ukraine, and Finland.

The entire world is unsure of what to do as it has slipped into the darkness. Communications are down throughout the rest of the world, and only a small number of people have survived from the area of impact known as the Circle of Life. A defensive perimeter is established, and groups are sent out there to investigate the incident, but none of them returns.

Unidentified energy approaches towards an Outpost of the military base. The soldiers get prepared for this uninvited thing only to discover that these are creatures larger than humans.

Later it was discovered that humans were attacked by mysterious creatures leaving unknown numbers dead. To defend against this mysterious enemy, humans mobilize an army, and outposts are built after leaving the Circle of Life in order to conduct reconnaissance operations. One squad sweeps the dead cities outside, and a get soldier attacked and wounded. When the other soldiers tried to shoot it down, the stranger scapes.

After the small flashback, we are taken back to the present, where the army at the outpost is preparing for the unknown enemy. Electricity is turned off, thus making the output in darkness; after seeing those super creatures, they begin to fire, only to realize that they were firing a massive herd of brown bears. The movie then takes the viewers to the next morning, and we realize that some of them had casualties and some survived. One among the survivors is Oleg, whose leg was injured.

In Moscow, it was discovered that some of the survivors from the edge of the Quarantine zone now have abilities. One among them is Sasha, who appears to have a psychic connection to the unknown attackers. A strange figure calling himself Eid approaches Sasha and asks for his help since Sasha’s Psychic link can locate Eid’s brother Ra. He says that Ra is behind all of this.

Later Eid reveals that he is an alien from a distant star system that has long died out. Since their star system is no more, they now want to move to Earth because in their constellation, the star Sun is still young enough, and they believe it will live long enough. Eid says that he arrived on Earth two hundred thousand years ago, and according to his calculations, he says that the rest of the ships will arrive the next day. 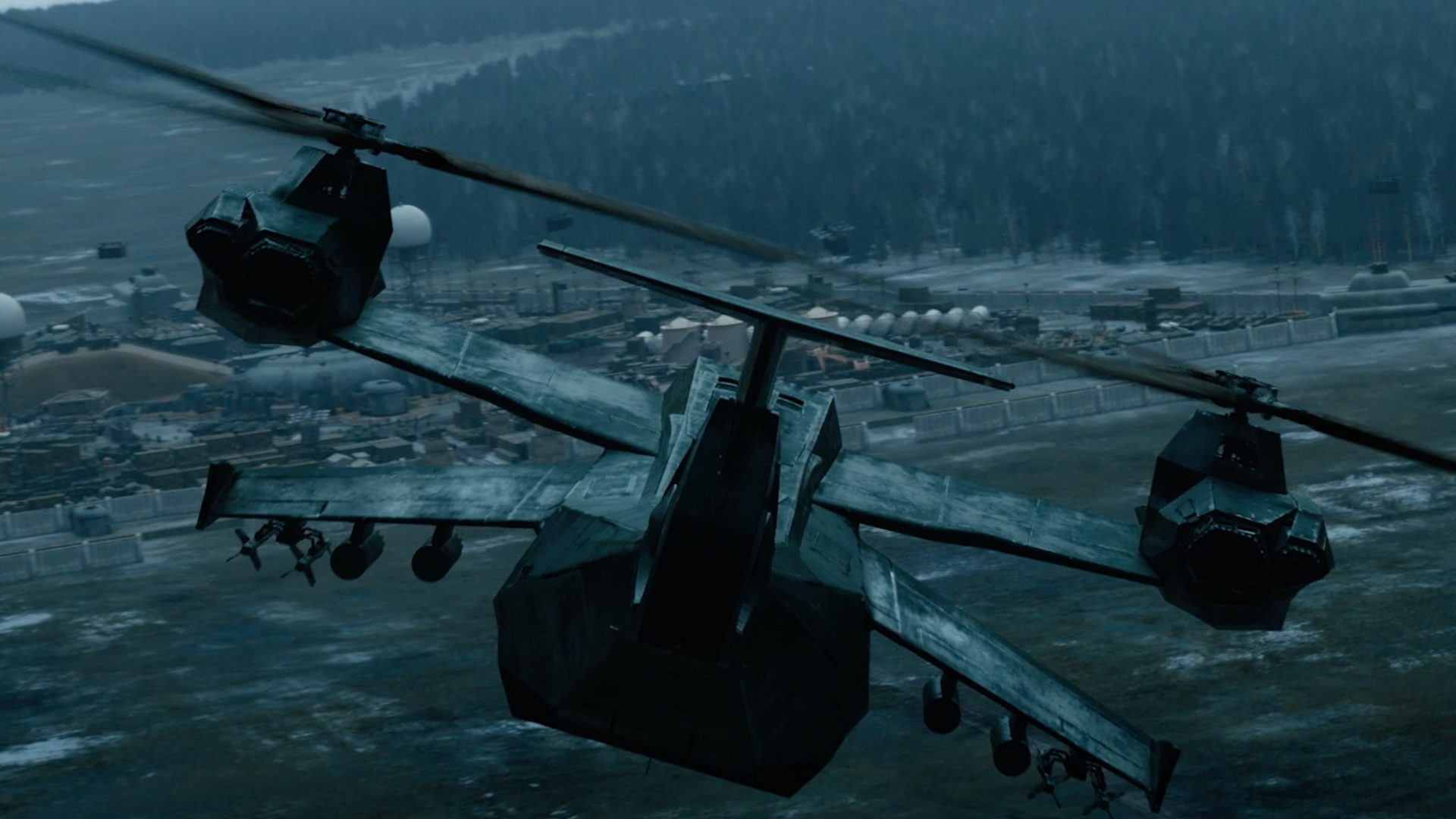 Later Eid reveals that he is an alien from a distant star system that has long died out. Since their star system is no more, they now want to move to Earth because, in their constellation, the star Sun is still young enough.

Unfortunately, he doesn’t know where Ra is hiding. He is controlling the minds of ordinary people outside the circle of life. The only way to find Ra is through Sasha. Later Eid penetrates into Sasha’s head and finds out that Ra is on the roof of a skyscraper in Kirov. Ra realises that he had been found. Eid makes Sasha at the to sat at the outpost to attack Ra. Meanwhile, Ra ordered to launch a missile attack at the outpost.

At the same time, Jura joins the satellite-9 group of the outpost and finds a defenseless teenager in one of the apartments in the middle of the night. But when the soldiers approached him to help him, he took away a knife from one of the soldiers, thus killing that soldier. This was followed by a whole crowd of people attacking the soldiers. These peoples were under the control of Ra, and only Jura and Olya remain alive.

After getting away from them, the soldiers hijacked one of the abandoned cars and drove back to the outpost. On their way, they happen to meet the surviving outpost soldiers led by Marina and Major Dovlatov. Eid explains that if Zhenya went with them, Ra would have killed them, and the outpost would have left him alone.

Eid and Ra Engage in battle, which eventually leads Eid to tear a device from Ra’s chest, Yura to thrusts a grenade into Ra’s chest. After meeting the team and regrouping, they went back to Kirov, encountering again the crowd controlled by Ra. They fight through a skyscraper, climb the roof, and found Ra. All the people who were under the control Ra die and fall to the ground.

Only Yura, Oleg, Marina, Olya, Alena, Eid, and Lavrin are alive now. Eid comforts that the rest of humanity can still repopulate the earth. Getting furious by what has happened and realising that Eid is also an alien even though he helped the group fight against Ra, Oleg tried to kill Eid. Yura protects him, knocking off Oleg to the floor and beats him while Olya shoots him.

The rest of the survivors didn’t believe Eid and try to kill him, but with the help of his superpowers, he deceives them and makes them kill each other. But Lavrin betrays Eid and throws him along with himself from the roof, killing both of them from the fall.

Later we saw an alien ship descending from the sky, next to a skyscraper, opening a hatch. But for some reason, the aliens don’t come out. Alena, Olya, and Oleg decide to enter the alien ship while the injured Yura shouts that they will all die. After entering the ship, they discover that all the aliens are still in their sleep in cryo capsules and have not woken up.

Countdown timers are on near the cryo capsules, and the three main characters decide to break the pipes for oxygen supply, thereby killing them in the capsules without oxygen. When they were about to destroy the last tube, they realise that it delivers oxygen to the capsules with the aliens’ children and decided not to break it. When the capsule timers reach zero, the capsules open, and alien children crawl out of their capsules. When they see people from planet Earth, the humans drop their weapons to prove that they are not any threat.