The Blacklist Season 9 Episode 4 will see the team tracking down a blacklister. Ressler finds himself on the verge of wanting a favor while Cooper spends time going back into his memories to piece an event. Before we moved to the same, the Red and Coopers’ team was head to head against a religious cult this time around. What went crazy is that this religious cult opted for violent ways in order to steal a precious religious treasure. Lastly, the leader of this cult had a history with Red.

So, Red decided to meet this leader on a personal level. He went to this auction where he was selling this treasure. All he wanted to know was why did he opt for violent ways. But there was more to this story. At the same time, Cooper and his task force worked on this case on a professional level. Amidst this, some of the officers were fighting their own issues. So here is a look at what went down recently on the show before we move to The Blacklist Season 9 Episode 4.

Previously on The Blacklist Season 9, Red and Cooper’s task force was looking into the case of a cult called SPK. Recently, they killed innocent men to grab hands on Sacra Cintola, Virgin Mary’s belt. Now the same belt is up for auction. A man named Giovanni is leading this religious group, and Red will be visiting this auction while Cooper’s team will take a look at this case. Amidst all of this, Aram is planning to leave the task force as his parents want the same. He will once his investor accepts his offer. Also, Red plans to reunite with Agnes.

The investigation begins with Park and Ressler talking to David, the man who looked at financials at Sacra Cintola. To save himself, the man went to lengths to set himself on fire. David’s wife later paid him a visit to the hospital. She revealed to the team his weird behavior and also the fact that she has a tracker on him. Red, on the other hand, bought the belt but instead urged to meet the dealer first.

We also get a glimpse of Giovanni’s next moves as he wants peace. SPK’s next target is Holy Cross church. Red meets Giovanni later, but this time, Giovanni identifies himself as Robert Vesco. Although Vesco never opts for violence, Red believes he should keep a check on his boys. Also, more importantly, he is here for an unfinished debt. 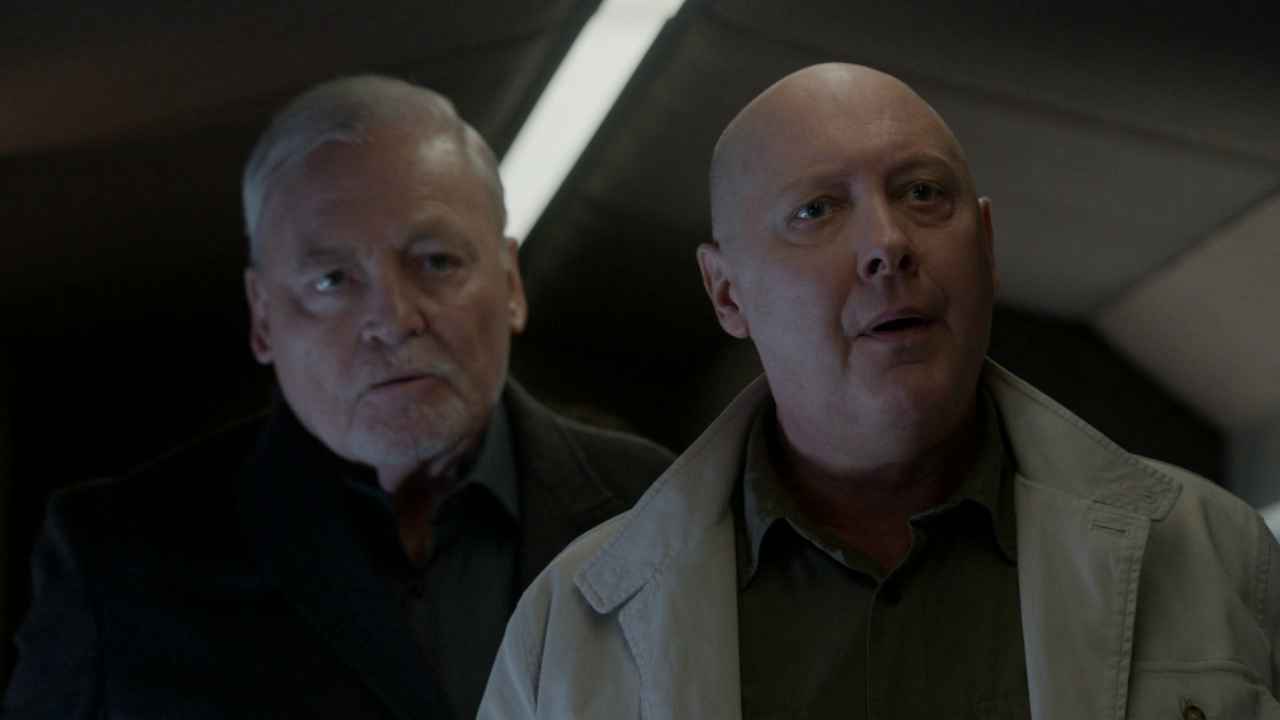 They two get on a flight, and it was a matter of time before Giovanni revealed his boy’s plan of blowing up a church. Red tells Cooper about the same as Cooper’s team tracked down one of the SPK’s hideouts. Red and Giovanni reach the church, but APB is present there too. So, Red had to prove to them that Giovanni was not a destroyer but a thief. Luckily the bomb didn’t go off.

The episode came to a close as Red was still managing to get his debt before Giovanni’s arrest. After today’s case, Aram realized his love for this work and decided to stay. Lastly, Ressler and Aram also went on to take urine tests for the FBI as a protocol to get back on the task force. Lastly, Red got a chance to reunite with Agnes.

The Blacklist Season 9 Episode 4 is releasing on 11 November 2021. It is titled “The Avenging Angel”. The official synopsis of the episode says the team will be tracking down a blacklister. This one has a knack for not returning the things that are stolen. So who knows what he has got his hands on now?

While his team tracks this blacklister down, Cooper spends time going back into memories. There is a  certain one he can’t remember properly and wants to piece it together. Ressler needs a favor, and he has approached the same Park for now. We may know what this is all about in the upcoming The Blacklist Season 9 Episode 4.

The Blacklist Season 9 Episode 4 Release Time & Where To Watch

Where is Chapelwaite Filmed? The Classic Horror Series’ Production Locations

James Arthur Girlfriend: All The Women’s He Dated!

James Arthur Girlfriend: All The Women's He Dated!