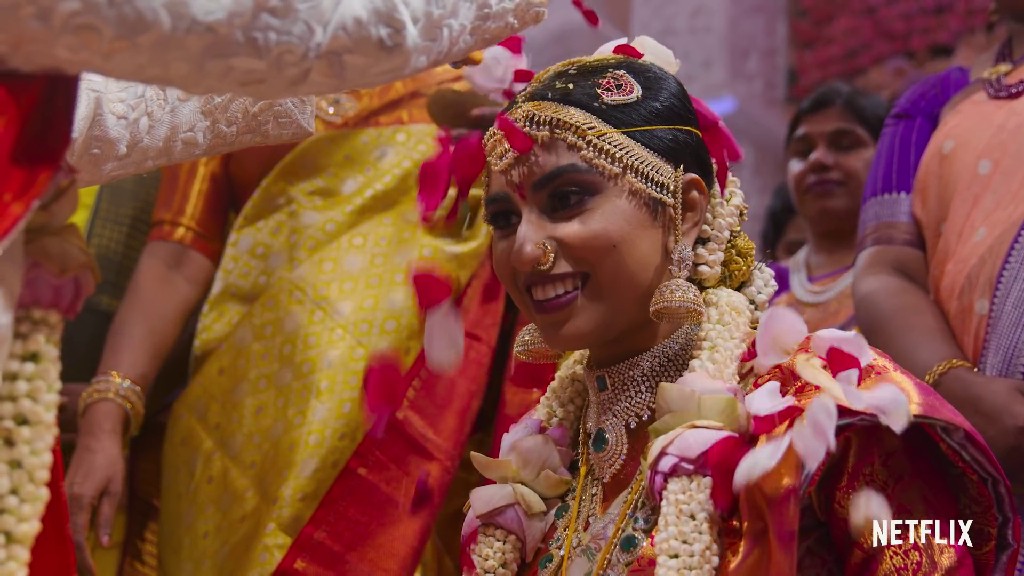 Netflix’s The Big Day probably has a good plan for its collection and saw success way before. Let’s be honest in the genre of the romance documentary which Netflix has been giving us for a while; The Big Day has done way better than most of the other ones. The show is quite adorable and visually beautiful. Coming from Condé Nast India, the series dropped its first season as in Collection 1 on Valentine’s Day. Despite some mixed reviews, the show garnered attention for covering the different kinds of “Big Fat Indian Weddings.” Plus, how the multi-billion-dollar Indian Wedding Industry works on it to satisfy their clients who are about to start a new life altogether.

Netflix’s The Big Day recently returned for a second season as in a Collection Two on April 7, 2021. Just two months later since it released its first collection. As mentioned above, the creators saw success way before as the show topped in OTT Platform’s viewership charts. Now the question remains, with this pace will The Big Day come back with a third collection sooner than expected? Let’s take a look at it. 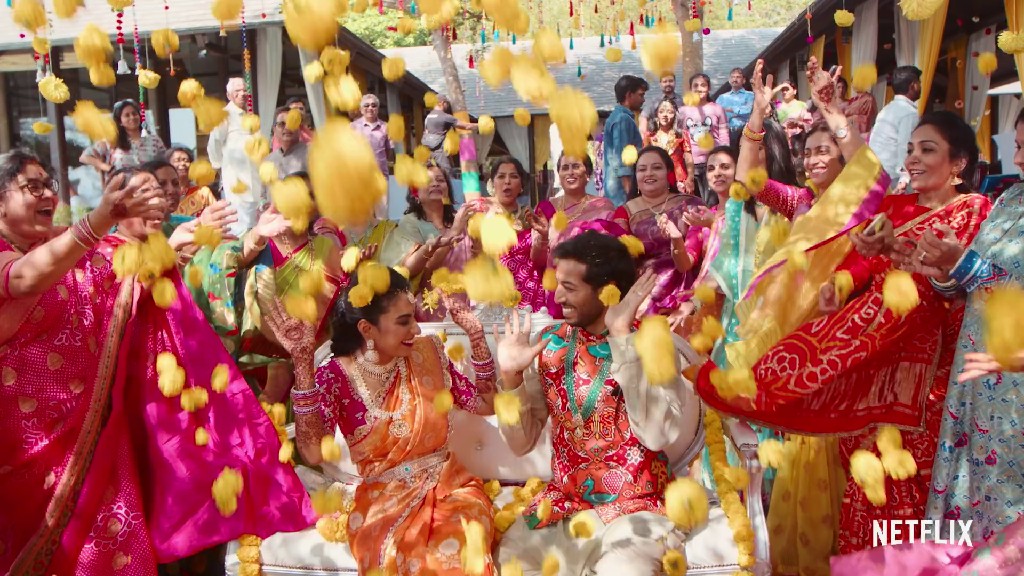 If there is a “The Big Day: Collection Three” on its way, it could be in a few months like its previous ones. Even next year too. For now, there is no word. From Netflix, there hasn’t been much buzz on whether the OTT looks forward to renewing the show for a third run. It seems like the creators already have a plan to release the collections subsequently. Of course, it depends on popularity and viewership, which the show is receiving decently. So let’s have our fingers crossed.

Also Read: Documentary Watch-List: 6 Exciting Ones To Stream On Netflix

What To Expect From The Big Day Collection 3?

We are expecting Netflix’s The Big Day Collection 3 to follow the usual setup of the episodes. It may once again follow the three distinct Indian couples and their beautiful marriage story and unique weddings, right from before the marriage to different rituals to after the marriage rituals. The series takes cues and talks with the to-be-married individuals themselves on how they plan these big affairs and make their events special. The show is a great presentation of what “a big fat wedding” really looks like. 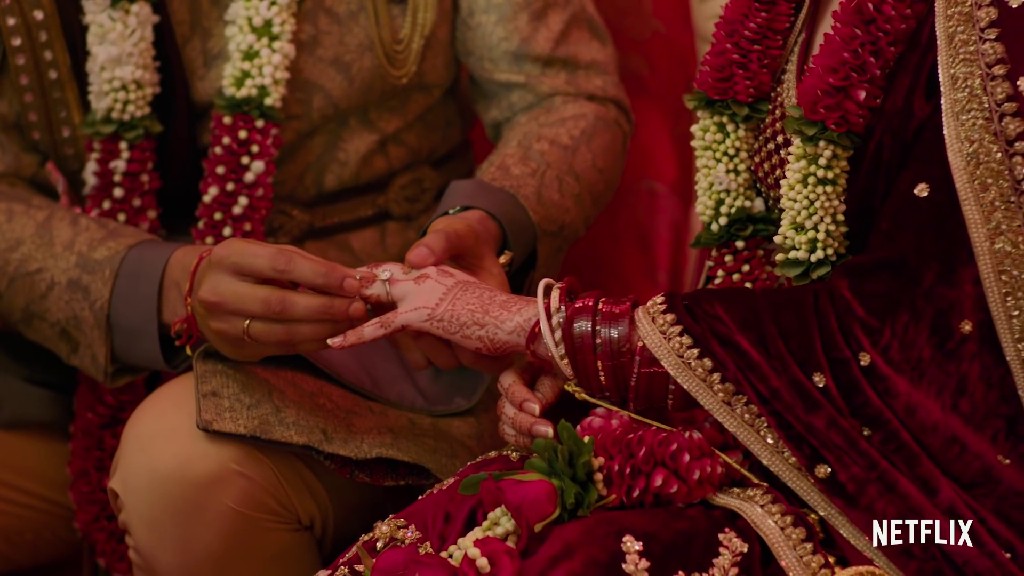 So following that, the initial plans of the couples are told to the wedding organizers. How the multi-billion Indian Wedding Industry fulfills the wishes of the clients is just another part of the episode to look towards.

For the past two collections, the series featured 12 different couples telling their wedding story. The Indian culture and rituals of the marriage were showcased at their best. On the other side, not each one of the featured couples was necessarily Indian. Some from abroad, while some were brought up abroad and decided to embrace Indian Wedding systems. So much like these, we might see more of different Big Fat Indian Weddings and their stories if there is a third collection on its way.

Due to the pandemic, The Big Day spent a fair share amount of time in the post-production process. It took almost 17 months for the series to complete its final touches before leaving it to Netflix to release. So, let’s hope we are in for more. Until then, you can stream both the collections of The Big Day on Netflix.

The Creators Of The Show On The Big Day

Anita Horam serves as the showrunner of the series, with both of the collections intact. Ashish Sawhney, Aakriti Mehta, Raonak Hathiramani, and Faraz Arif Ansari directed the episodes with Nikita Deshpande as the writer. According to Anita Horam, they did extensive research in order to put up a show like this. The work began way back in 2018 before its debut on Netflix’s OTT space. 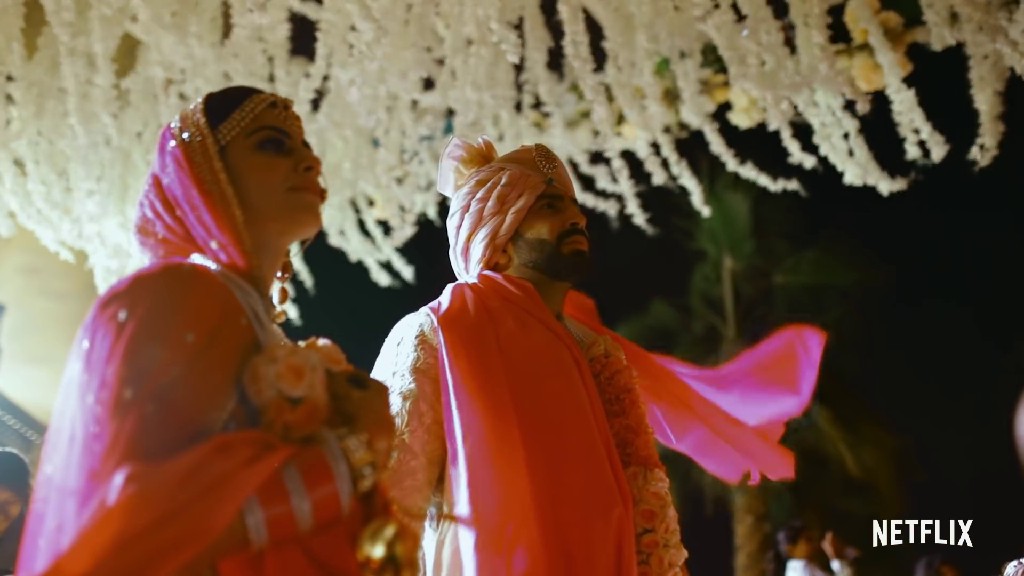 Anita Horam revealed that the creators interviewed around 200 couples before narrowing it down to 12. The first collection featured the couples Divya and Aman, Nikhita and Mukund, Aditya and Gayeti, Pallavi and Rajat, Ami and Nitin, and Daniel and Tyrone. On the other hand, The Big Day Collection Two featured Nisha and Scott, Irina and Dhruv, Kunwar and Prerna, Divya and Sreejan, and Shrutika and Lakshya.

The shoot, on the other hand, took place for around 4 months, where different teams were sent to 25 cities across the world. According to Anita Horam, the main focus of the show was to capture authentic and beautiful human stories. Apart from the wedding ceremony, a journey of entering a new life altogether. Human stories and experiences that can be relatable to an international audience altogether.

Also Read: Demi Lovato And Her Newest Documentary – All Facts We Know