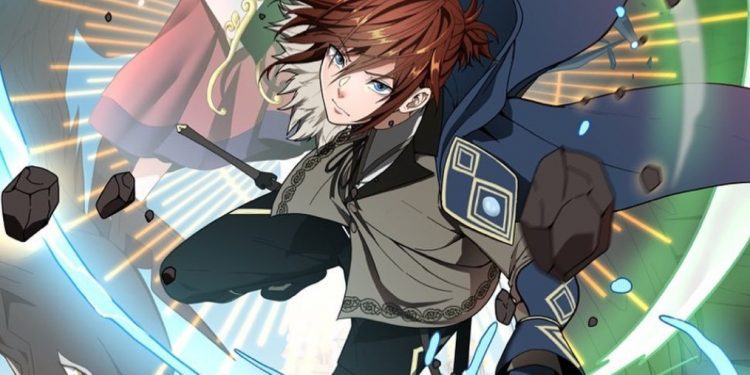 The Beginning After The End Chapter 127

Windsom took a human form after realizing that it would be good when they talked like other humans. Arthur holds Sylvie and realizes that they are the being that is stronger than a White Core Mage. He wonders why Winsom is addressing himself as a deity and realizes that it is not time to act like an idiot. Arthur asks Windsom to let him confirm something before they can talk. He reveals what the elf guard told him about the gate and that it would lead him to Elenoir and asks if Tessia and Virion are fine.

He wonders if the orb he received the other day is also involved in this matter. Windsom reveals that his duty was to ensure that Arthur had passed the gate. But he uses his powers and reveals that the elf princess and former elf king are fine. Arthur was glad to see that Virion and Tesia were fine. Windsom talks about the elixir pearl that Arthur gave to Tessia prevents her core from exploding. He also talked about Virion and Arthur should keep the second elixir pearl for themselves.

Previously on The Beginning-After-The End Chapter 126

Arthur wanted to ask something, and Windsom realized that he was running out of time and told Arthur they could talk about why he had brought Arthur there. He shows Arthur new powers and reminds him that he is the citizen of Dicathen, which is not the only continent on the planet, and it is no longer a secret. The deities have been covering the Dicathen and Alacrya since they stayed in the land of Epheotus. Windsom reveals that his race is called Asuras. Arthur was curious about Epheotus and Alacrya and asked if the same deity passed down the artifact that helped them with magic.

Windsom admits that and talks about the former king who shared the artifact. But no one knows the mysteries behind the Asuras race. He reveals about the noblesse oblige that covered the Asuras and that they are not interested in human stuff. But if the peace and balance were threatened, they would be forced to interfere. Windsom reveals that the rule has been broken and talks about the Epheotus divided into three factions. That produces multiple clans of various races.

Windsom show Arthur something about different races and talks about the ruling clan of every faction that reveals their priorities. But they stick to never raising a hand against the lesser races. Windsom also talked about Agrona, who became the Vritra Clan’s leader and showed Arthur a doctrine that Agrona brought. Arthur asks about the Vritra and if it is the clan’s name. Windsom believes that Arthur has met with a member of the Vritra clan, and he can compare them to the scientists. Agrona gained power, and Vitra’s strength grew quickly.

The Beginning-After-The End Chapter 127 will be released on 8 January 2022. Windsom reveals what Agrona has been doing to his clan in Alacrya since he wanted to find ways to enhance their abilities. Arthur wonders if he has anything to do with that. Windsom admits that it has nothing to do with Arthur, but he knows since he is now related to them. He shows Arthur a flying horse dragon and reveals that they look for Lady Sylvia and let them to Arthur. Let’s look at The Beginning-After-The-End Chapter 127 official details.

Tags: The Beginning After The End
ShareTweetShareSharePinSend
Previous Post