'The Bay' gathered massive attention from it's spine chilling storyline and yet there were multiple unanswered questions in the end. 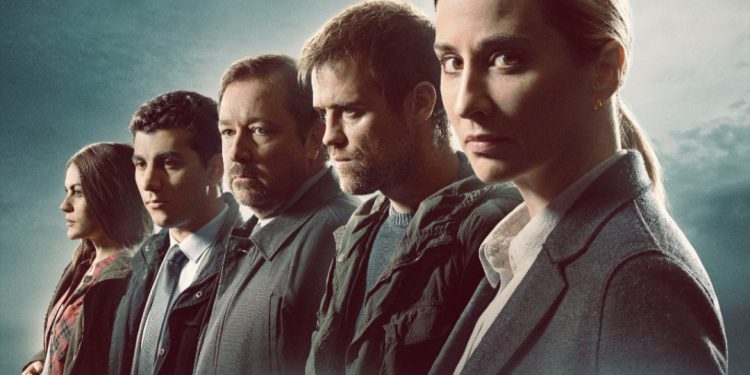 The Bay came up with more enticing concepts, and yet again, people were enthralled by its storyline. Speaking of this, the ending of Bay season 2 caused a lot of confusion in the minds of the viewers. Specifically in the case of Stephen Marshbrook. Multiple questions were unanswered throughout the whole timeline of this season. The story revolves around a mother working as a detective. Her life takes a different turn after an accidental encounter with a man brings in her worst nightmare. Just like every other day, Lisa Armstrong has to get back to her working schedule. But, this day doesn’t offer her the same things that she expected.

This crime drama series is created by Daragh Carville and Richard Clark. Followed by its production under Tall Story Pictures. Since the first season received massive popularity, the creators decided to come up with a strong storyline again. The viewers are genuinely looking forward to getting more from the last season. However, It seems like detective Lisa Armstrong won’t be returning for the next season. Well, the creators chose to keep the ending unresolved. With several leaps and loopholes that were yet to be filled. Thus, Med’s and Stephen Marshbrook’s death was the main highlight of season 2.

The first season began with the introduction of the detective Lisa Armstrong, and Morven Christie is representing the role. As the story progresses, we get to see more about her encounter with different cases. Wherein she had to deal with the mysterious disappearance of the Meredith twin brothers, Dylan and Holly. The case takes a different turn when a wave of realization hits her. Moreover, Lisa had a pretty close relationship with Sean Meredith, the father of those missing children. Well, the detective tried her best to keep her emotional feelings at the bay.

But things didn’t turn out the way she wanted them to be. Even though it’s against the rules, she decides to alter the original CCTV footage. Towards the end of the first season, Lisa is suspended for her actions because the real footage was discovered soon. And now, season 2 has created several expectations for an action-packed finale. Speaking of the first season, viewers weren’t distressed. Moreover, the creators have covered up the first case without any unnecessary loopholes. The series captivated many viewers through its twisty plot, and the show is engraved in multiple layers of mystery.

Also Read: Strangers From Hell Ending Explained: What Happened to in the End? Spoilers and AssumptionsAssumptions

Once again, the series is back with the same cast members to take the viewers through another ride wherein they have to investigate another spine-chilling crime. Moreover, Morven Christie was thrilled to come back for this upcoming season. She shared her contentment through her social media handles. The first series bagged immense popularity from the viewers. But, when it comes to the second series, people are pretty confused about the way the creators have ended the storyline. Speaking of the detective, she is back to her working schedule.

But there’s a catch, Lisa’s unlawful acts have forced her to work within her limits. But a mysterious murder case has pulled her back to business. Now the detectives have directed their whole concentration on the murder mystery of the solicitor Stephen Marshbrook. And now, Lisa’s got one chance to get back the respect she lost. Speaking of this, Lisa is under tremendous pressure when it comes to her family and career. And the whole series concentrates on the strength of her character. As the story moves on, her life becomes even more complicated after her former husband’s arrival.

The solicitor was shot to death. Many fans didn’t appreciate the loopholes. Moreover, his son witnessed the whole scene, and it took a huge toll on the majority of the viewers. Viktor Zama’s arrival introduced a new angle in the case. It seems like the criminal was appointed to kill Marshbrook. Moreover, Med wanted to reach the core of this case. And he was killed by an anonymous driver. There are possible chances that there is the involvement of the same suspect. The creators didn’t reveal any possible hints, and this was heavily appreciated by the fans.

Also Read: Joker Ending Explained: What Happened To The DC Villain in the End?

The ending of Bay Season 2 unravelled many secrets related to the murder of Marshbrook and Med. The viewers didn’t appreciate the ending. Moreover, they shared their disagreements on social media. When it comes to the first series, the plot holes were difficult to understand. Since everything was pretty clear in the first place. But things took a huge leap when Stephen’s murder had numerous suspects. Soon, a new character named Frank Mercer enters the picture. Moreover, Mercer was the suspect who paid Viktor to kill Stephen.

Well, to be more precise, Frank had an affair with Stephen’s wife, Rose Marshbrook. The Russian criminal revealed his thoughts about the murder. He coaxed him into killing the solicitor. Well, the ending of Bay season 2 gave in unexpected twists and turns. Frank was spotted in the CCTV footage while he was busy paying Zima for the murder. Fans were in deep shock after they understood Rose’s connection with Frank. Well, it seems like Rose never knew about this plan. While many were busy blaming Stephen’s wife. Frank’s crime came as an unexpected twist.

The guesses ranged from different things. Which in turn highlights Rose’s involvement in the case. But still, there were certain things that the creators didn’t cover up. Thus, the ending was a major cliffhanger. The same goes for Med’s death. Med was inspecting the connection in Marshbrook’s case, and a hit and run just announced him dead suddenly. The series ended with plot holes related to Med’s murder and Lisa’s former husband. Fans are desperately waiting for the third season’s arrival. It seems like the story will cover up a completely different angle in the next season.

Also Read: The Head Hunter Ending Explained: What Happened To The Last Hunting?

Why Is Morven Christie Leaving The Show?

Well, speaking of The Bay’s lead character Lisa Armstrong. The viewers are extremely upset by this. As the popular television actress Morven Christie won’t be returning for the next season. Season three of the Bay will release in 2022. And since then, fans are showing their disinterest in the show. Recently, ITV even shared the first look of the new lead character Marsha Thomason. Moreover, the shooting for this show started around March 2021. When it comes to Christie, fans believe that there might be multiple things about the show that she didn’t appreciate.

Morven’s exit from the show came as a huge shock to their fans. But she never revealed anything about her decisions. Through her official Instagram handle, she announced her departure from the show. Many of them tried to uncover the secret behind her departure. But nobody could find the reason for this. There are certain speculations related to the actress’ decision. Which even includes Lisa’s character portrayal. Since the ending of Bay season 2 was a cliffhanger, people are sure about this speculation. Moreover, the transition from Lisa’s character would be interesting to watch. Thus, everyone is desperately waiting for the show.

Majorly because everyone wants to dig out all the ways that they might use to introduce the character of the new detective. But still, there are many doubts that need a proper clearance. The arrival of Lisa’s ex-husband is still a topic that they never covered. Many expressed their thoughts about the last episode. It seems like they missed out on one episode. Things would’ve taken a different turn if the creators had added one more episode to the show. And many believe that the episode ended on good terms. Moreover, Morven Christie has been a part of amazing projects like the ITV drama Grantchester. Morven’s portrayal as Lisa was very enthralling.

The Bay’s depiction of a complex character created a huge fan following for her. Apart from this, some people believe she might have received a better opportunity. And that might be the reason behind her leaving the show. Before working in this drama, Morven has already acted in various other shows. Which included several shows under BBC and ITV. From a very young age, she was deeply interested in acting and after appearing in several theatre shows. Morven bagged roles in different television programs. Just like the ITV crime drama ‘The Bay’, Morven loves to choose strong and dedicated roles.