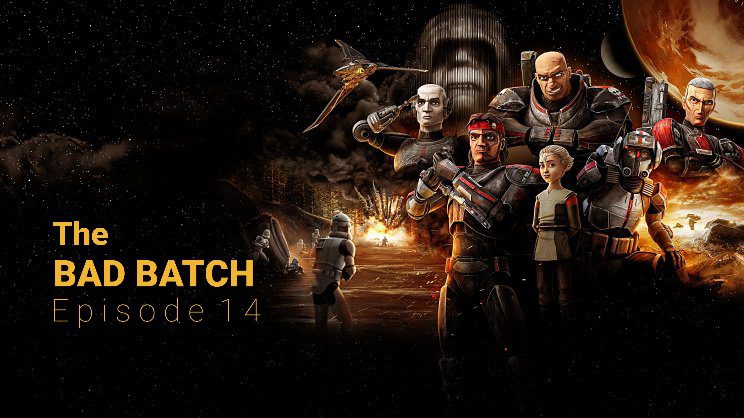 When Tech checks the coordinates, he finds out that they’re from a very remote planet called Daro at the outer rims of the galaxy. Hunter asks Rex about the clone trooper that they’re supposed to rescue. Rex tells them that he’s an old friend but before he could tell more, his attention is diverted to some enemies approaching and he abruptly ends the transmission. Hunter is hesitant to go such a long distance to a remote planet for a man they don’t even know. Plus, they are also currently on a job for Cid and they won’t get any money if they take a detour. Tech agrees with Hunter about the retrieving mission. Echo says he believes Rex and that he must really need their help to call them. However, Omega says they need to go help the clone trooper. Meanwhile, Wrecker thinks everyone’s got a point.

Hunter finally agrees to take on the mission and the batch heads off to the planet. They eventually land on the planet and try to track the whereabouts of the clone trooper. Hunter examines the land and comes across some footprints and traces. He informs the group that they’re too late and the clone trooper was being hunted. The squad then follows the traces while Hunter tells Wrecker and Omega to wait back at the ship. Omega tries to protest and tag along but Hunter orders her to wait for them back at the ship with Wrecker. Hunter, Tech, and Echo then head off to find where the clone trooper had been taken off to. Eventually, they are surprised when they discover an Empire base on the planet. They spy at the base and observe that there are advanced tech-laced troopers.

Hunter and Tech agree that they can’t breach the base and rescue the clone trooper. However, Echo tells Hunter that he was similarly saved by him. He says if there’s a chance they can save the clone trooper, they should take it. Tech and Hunter eventually agree to take on the rescue task as well. Meanwhile, back at the ship, Omega and Wrecker receive messages from Hunter that they’ve found the base and are going in. Hunter tells Omega to stay at the ship as their backup and be alert. Omega asks Wrecker how he’s so calm, to which Wrecker replies that he’s charging up for when the time for charging in arrives. Back at the base, Hunter, Echo, and Tech sneak in through the elevator roof. Dodging clone troopers’ eyes, they get to the cell where CC-5576 is exiled.

Tech tells CC-5576 that Rex sent them to rescue him. CC-5576 tells them that his name is Gregor. They all then try to sneak out of the base. Tech tinkers with the circuit boards but ends up sounding the alarm. The clone troopers start shooting and Gregor gets shot in the chest, although it’s not fatal. They then make their way out through a radiator vent where they’ll be able to signal Wrecker and Omega. As they make their way for an exit, the troopers catch up to them. Everyone except Hunter eventually gets on the ship. Hunter makes the jump but falls down. He tries his best to recover mid-air but tumbles all the way down to the forest land. He then orders Tech to go away along with others, telling him he’ll find his way back another way. 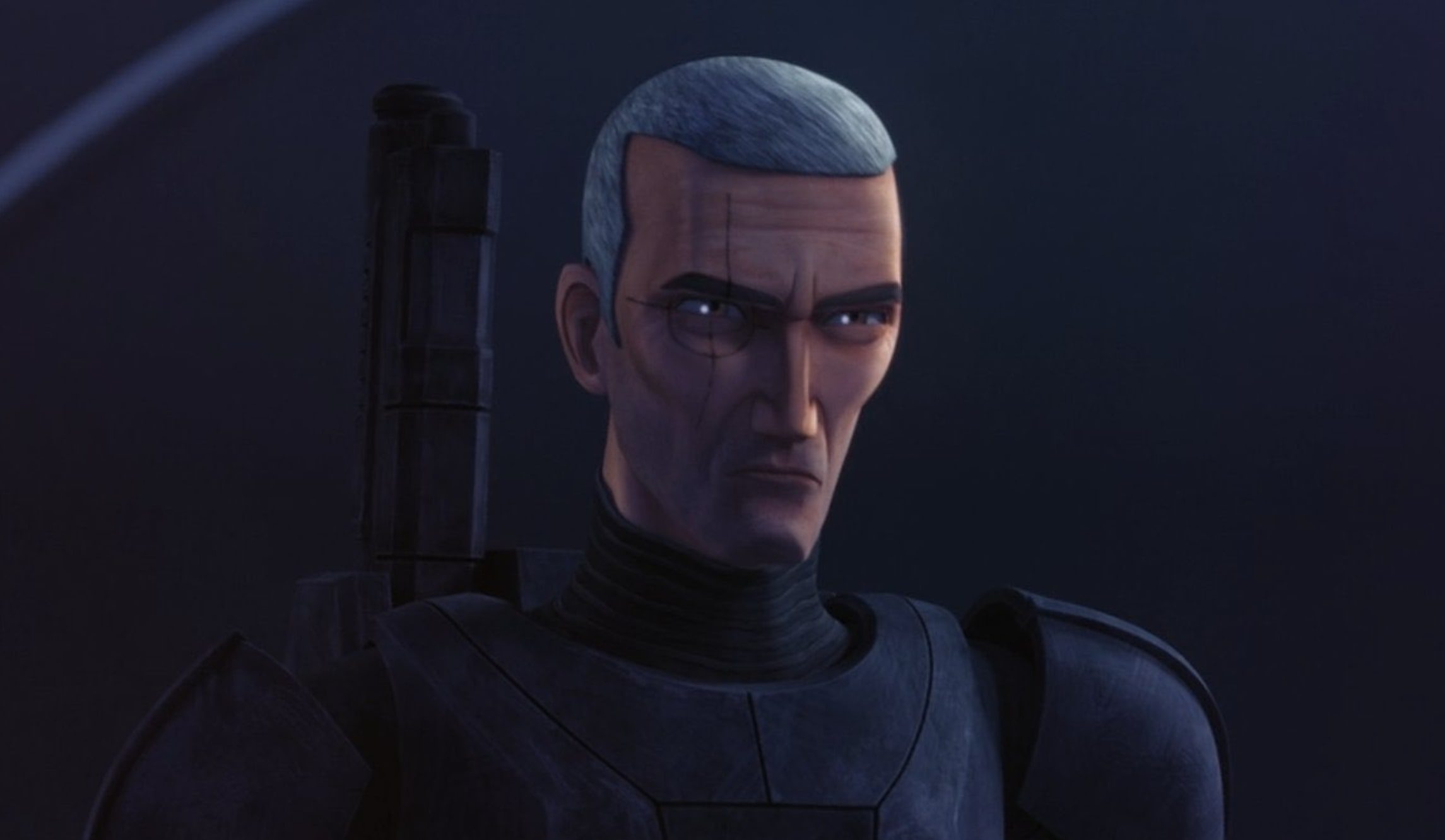 Crosshair meets Hunter at the end of The Bad Batch episode 14.