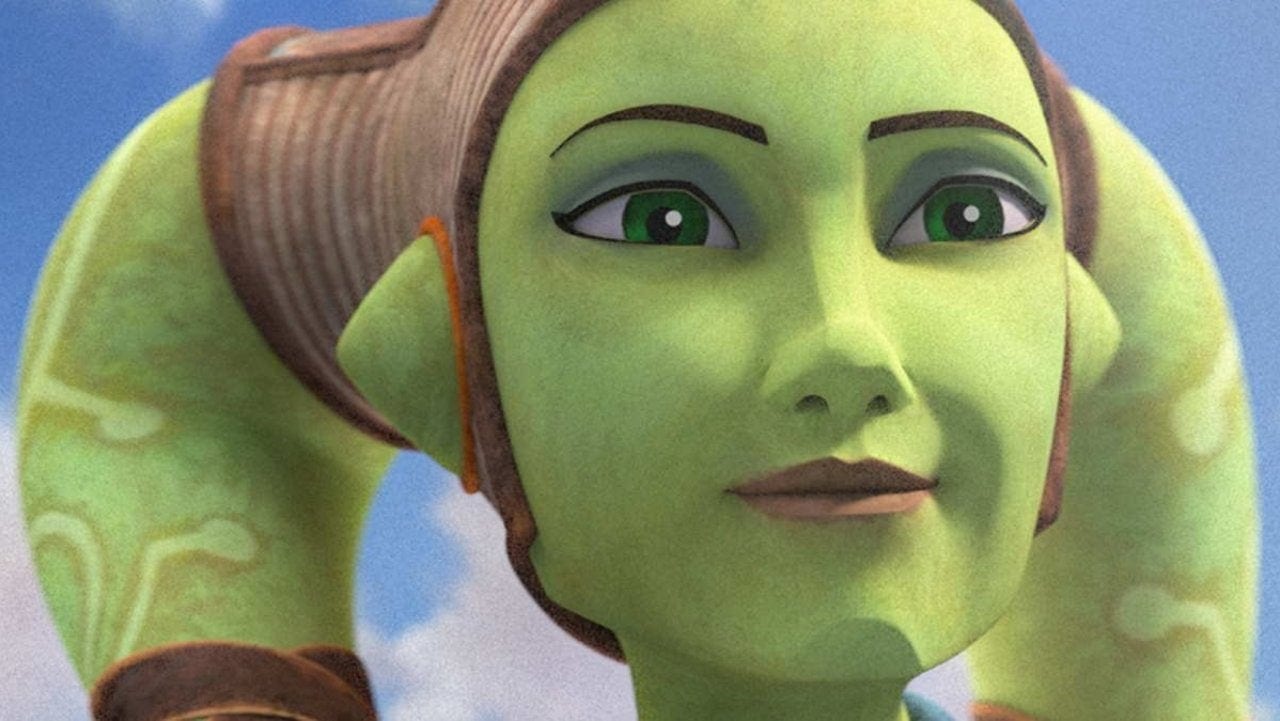 The Bad Batch episode 12 opens with Rampart visiting Cham Syndulla and others in captivity. He tells Cham that he was not as significant of a challenge as Taa promised. He also tells him that his loyal followers will be easy to deal with now that he has framed him as a traitor. Cham says that nobody would believe a word of it, but Admiral is confident. Rampart then asks Eleni to give him the whereabouts of Hera, and he will return her to them safely. Eleni declines him sternly. Rampart then orders captain Howzer to scour the entire planet and capture all of Syndulla’s sympathizers.

Meanwhile, Hera is spying on the base via her droid Chopper. Crosshair’s team is assigned the task of finding Hera. Crosshair sets his squad on her tail, knowing which, Hera tells Chopper to meet her back at the base. Her new plan is to send out a transmission. We understand that this transmission is meant for The Bad Batch. Back on the Havoc Marauder, Omega is tinkering with Gonky, trying to fix it up. Hunter tells her that she can’t fix it as it’s a defective unit. Tech calls Hunter and informs him about a recorded transmission he’s received from an unknown frequency. Hunter tells him to patch it through, and they see Here’s message, requesting Omega to go to Ryloth. She explains how the Empire has taken her parents and is now after her too. 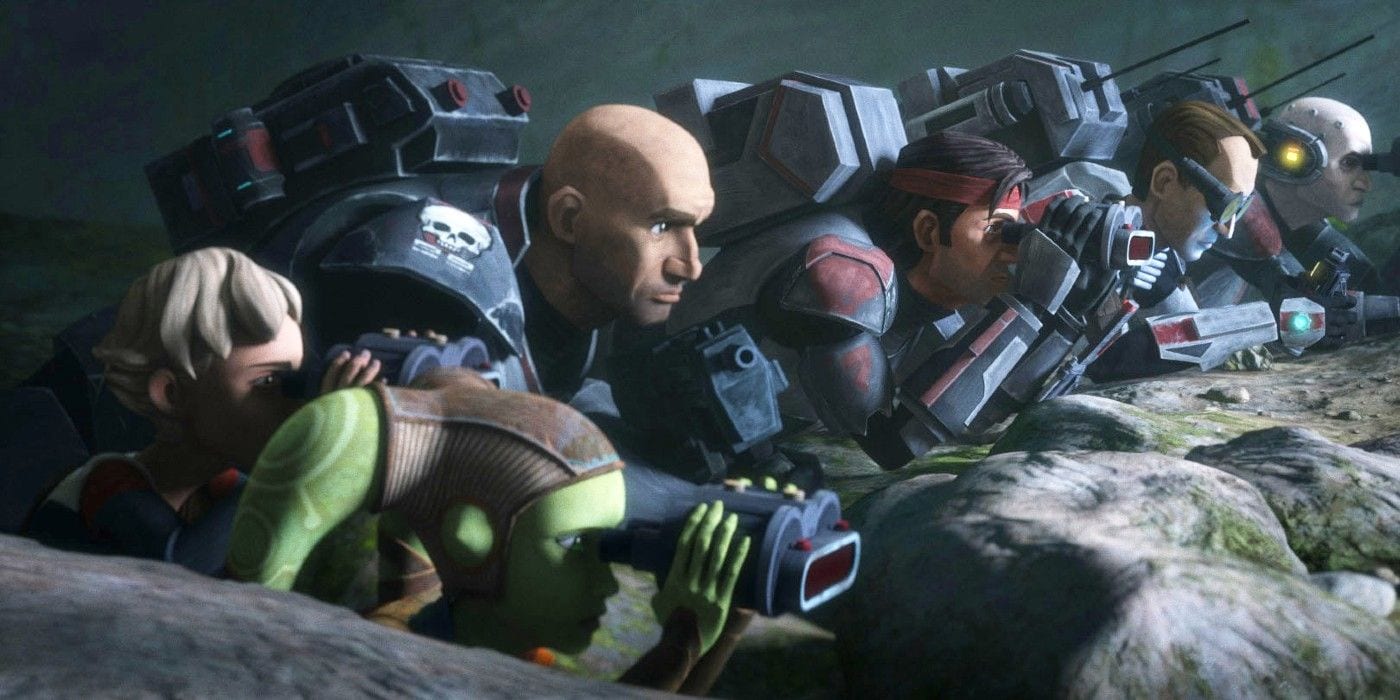 The Bad Batch spying on the Capitol.

The Bad Batch Episode 12 Recap: Meeting Hera And A Roadblock

While Tech thinks it might just be an overreaction from a kid, Omega says the situation must be dire. Hunter tells her they can’t put themselves on the line every time someone’s in trouble. “Why not? Isn’t that what soldiers do,” replies Omega. And so the Batch heads off to Ryloth. They land at Cham Syndulla’s old command outpost and meet Hera, who’s been hiding there. Hunter asks her why the Empire is after her. She says it’s because her father is Cham Syndulla, a “freedom fighter,” as Tech notes. Hera then explains how everyone loyal to Cham is being hunted now. Echo asks her what she wants them to do. “Free my parents from the Capitol,” tells Hera. Meanwhile, back at the Capitol, Rampart addresses the citizens. Telling them that Taa’s conditions are improving, he states that the perpetrators that attempted to assassinate Taa have been captured.

The Bad Batch spies on the Capitol from afar. As they weigh in their options to breach the heavily guarded Capitol, a probe Droid sneaks in from behind. Although Hunter successfully disables it, the video transmission manages to reach the Empire. While the Bad Batch makes a run for it, Crosshair gets a hold of the footage transmission. They return to Hera’s hiding spot, where Tech informs them that they’re all over the imperial comm channels. He also adds that the patrol within the city has also increased. Hunter says that Crosshair will be expecting an attack now that that element of surprise is gone. Hera tells Hunter not to leave, to which Hunter says that there’s nothing they can do now. He tells her that they will take her to a safe place, and that’s it. 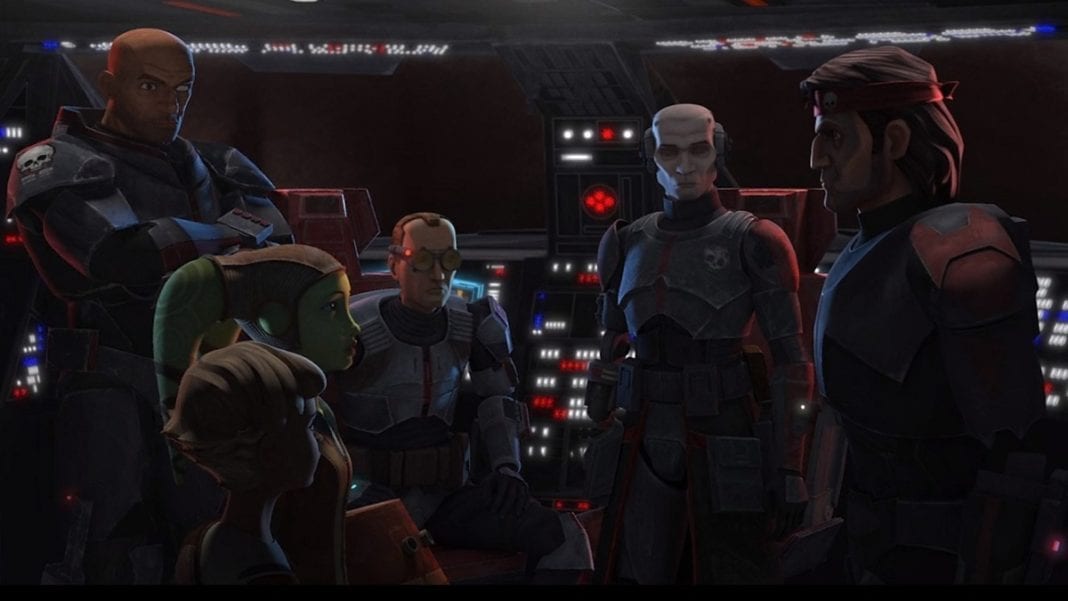 The batch listens to Hera’s strategy to infiltrate the Capitol.

Hera Strategizes And The Batch Makes A Move

Hera insists on not leaving, saying she would double the payment. However, Hunter tells her no payment would suffice if they’re dead. He tells her it’s not worth the risk. “Not to you,” an upset Hera replies. Meanwhile, back at the Capitol, Rampart isn’t satisfied with the few arrests Howzer has made. He wants him to find all of Syndulla’s supporters. Howzer tells him that there will be an uprising if they continue to round up peaceful citizens like that. Rampart replies that in that case, they will be arrested too. In his office, Crosshair informs him that Clone Force 99 has arrived on Ryloth. Rampart is not worried about them since they have a whole battalion at their disposal. Crosshair warns him that it’s not enough and that he knows what the batch is capable of. Rampart orders him to stick to the mission of retrieving Hera.

Back at the hiding spot, Hera sulks as Chopper tries to console her. Omega tells her to trust Hunter and come up with a strategic plan since she knows Ryloth better than them. Hera comes up with a plan. Her plan entails attacking the Imperial refinery instead of attacking the Capitol head-on. She tells them that she’s been spying on the Empire’s activities. She claims if they attack the refinery on the outskirts, the enemy will divert the reinforcements from the Capitol. They would then use that distraction to rescue Hera’s parents. She then gives them a rundown of the defenses at the refinery. Hunter decides to follow Hera’s lead and send her and Omega, along with Tech and Wrecker, to the refinery. Meanwhile, he and Echo will move into the Capitol and free Hera’s parents. 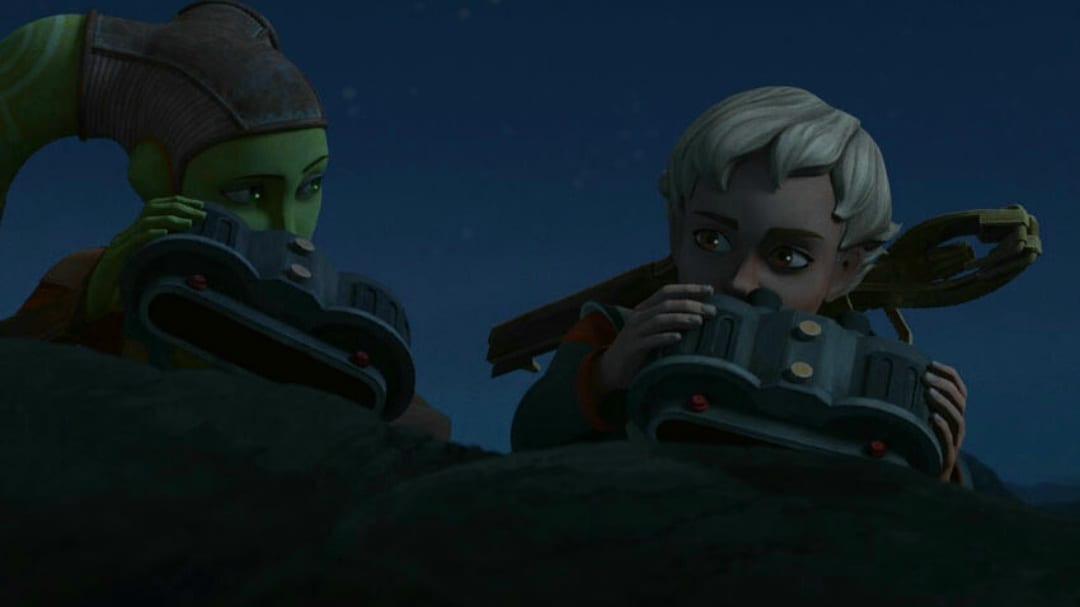 Hera and Omega spying on the Imperial refinery.

Omega and Hera arrive at a distance from the refinery while Chopper tries to sneak in. The droid manages to sneak in but fails to disable the comms. Stormtroopers arrest him while Omega suggests Hera another plan. She suggests that Hera put her flying skills to use and take the console offline. They then get inside an Imperial shuttle, and Hera pilots it. After a rough take-off, they manage to shoot down the cannons and rescue Chopper as well. Tech and Wrecker fly down to the refinery and wreak more havoc. The Stormtroopers call for reinforcements. Rampart heads off to take care of the refinery and tells Howzer to stay and guard the Capitol. Hunter and Echo rescue Cham, Eleni, and Glie. Reinforcements at the Capitol depart for the refinery, and Crosshair gets wind of it too. However, he realizes that the Batch is not planning to target the refinery.

He waits outside the Capitol doors for the Batch to come out. Hunter and Echo escort the captives out of the Capitol. However, just as they’re about to open the doors, Howzer stops them and informs them about the setup. He tells Cham that he’s back on their side and that he should have stopped it sooner. Eleni suggests taking Taa’s shuttle that is in his private tower hangar. Howzer tells them he will not abandon his squad and helps them get away. Howzer then emerges out of doors and addresses his squad. He tells them how they’ve been ordered to target their own people. His squad gets on his side and drops their weapons. Crosshair then orders his squad to arrest the traitors. Hunter flies away in the shuttle, along with the captives. 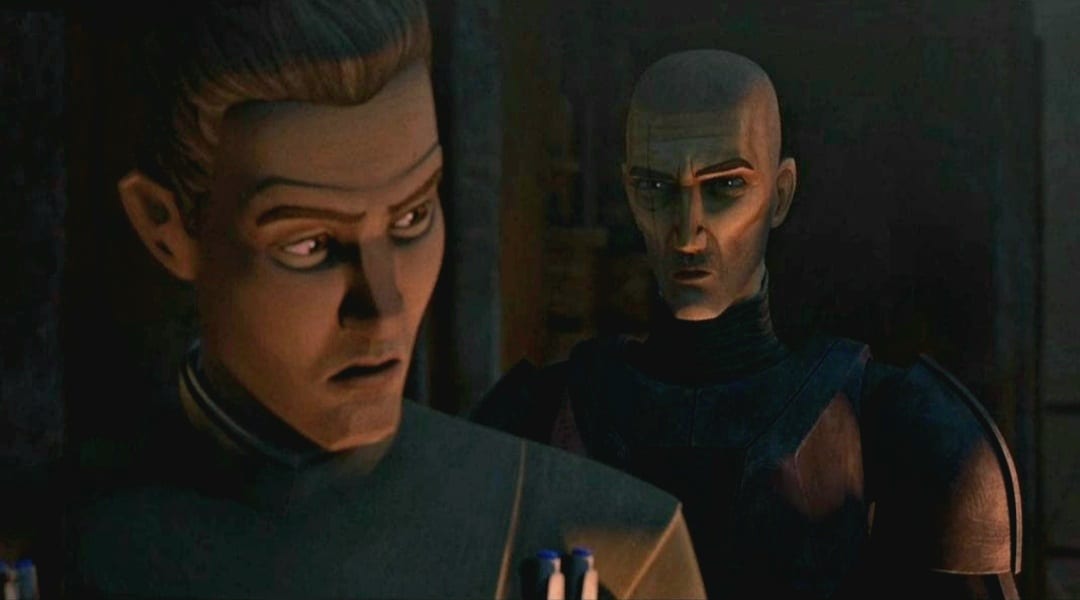 Rampart grants Crosshair permission to hunt the Bad Batch down.

What To Expect From The Bad Batch Episode 13?

At the end of The Bad Batch episode 12, Cham, Eleni, and Hera reunite. Cham then gives them their payment, but Hunter refuses, telling them they’ll need it more. Hera bids farewell to Omega and tells her to take care of her brothers before taking off with her parents. The Bad Batch episode 12 ending sees Rampart granting permission to Crosshair to hunt Clone Force 99 down. Now that Rampart had given him a go, Crosshair has regained the license to kill the Bad Batch. The next episode will see Crosshair in pursuit of the Bad Batch again. And as the season nears its end, we might see some big, as possibly effective this time, moves from Crosshair.

You can stream The Bad Batch Episode 12 as well as previous episodes on Disney+ Hotstar.