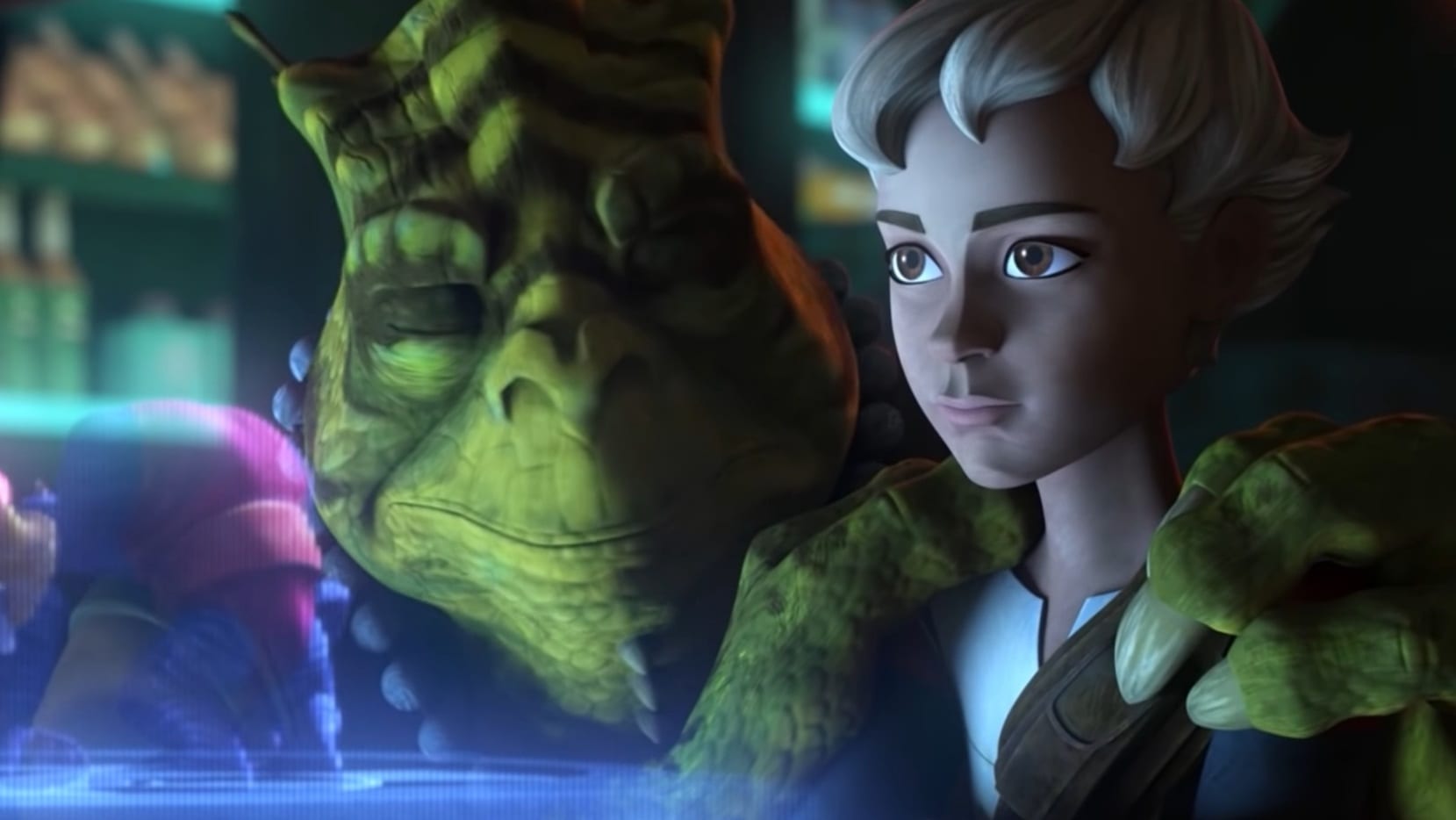 The Bad Batch Episode 10 starts with the Empire spreading its roots on the planet called Raxus. The senator of the planet, Avi Singh, is reluctant to comply with the fascist regime. He is about to address his people, where he must tell the citizens to comply, stormtroopers surrounding the vicinity. As Avi is about to reluctantly comply with the Empire and say to his citizens to do the same, he backs down. Midway through his request to his people to co-operate, he refuses the Empire’s unjust occupation. That’s the moment when the Imperial authorities seize him and take him away. The stormtroopers surround the swayed public, and AT-TE walkers also arrive at the scene to contain the citizens. As Avi Singh is seized and taken by the Imperial authorities, his droid sends a rescue request to someone.

This is a bounty, as we later understand. And the one at the other end of this bounty request is none other than Cid. Back at Pandora, the Bad Batch arrives at Cid’s bar. Omega wonders when their next mission is going to be. However, with two bounty hunters on her trail, Hunter and Tech advise not to embark on any. Arriving at the bar, Cid tells them they’ve got a new job. This job entails rescuing Avi Singh from Empire’s clutches. Hunter refuses to take on the mission with the danger and the fact that they’d have to save a separatist. Cid insists, telling them they still owe her debt. Hunter refuses again, telling her it’s too dangerous to take Omega to that place. Cid tells him he can keep Omega at the bar and go themselves. 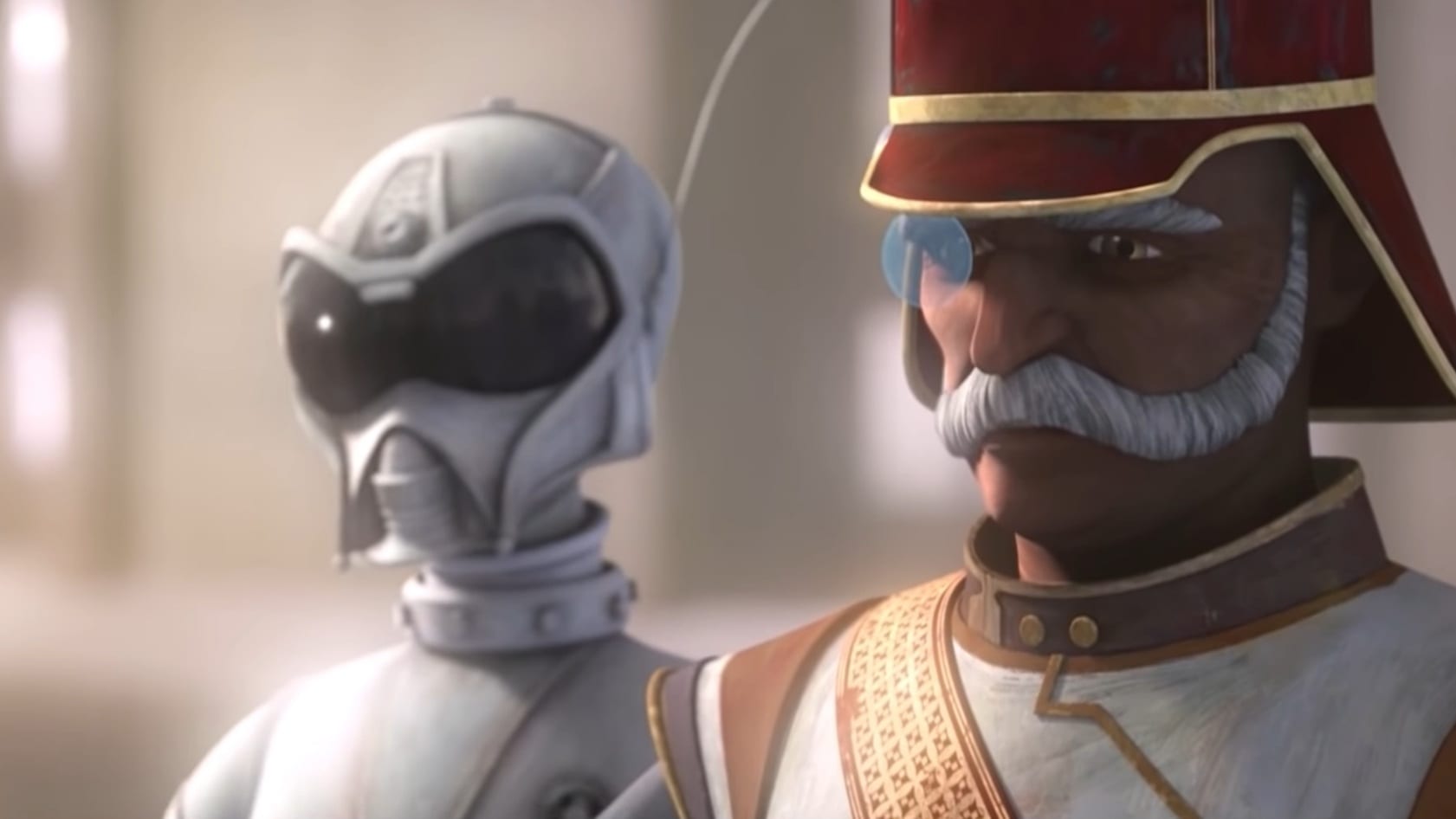 Rescue Of The Senator And Omega’s Strategic Talent

Hunter eventually agrees, and when Omega also gets ready to leave, he refuses her. Hunter tells Omega that this time, she has to sit this one out. Omega agrees half-heartedly. The Bad Batch eventually arrives at Raxus, where the senator’s droid greets them. They then head off to the residence of the senator, where he’s being kept. With the droid’s help as a decoy, they get inside the place and hack the enemy’s security. Inside, as the Empire’s men try to torture the senator, the Bad Batch arrives in the nick of time. Meanwhile, back at Cid’s bar, Omega is moping around, and Cid tries to cheer her up. Later on, as Cid plays Dejarik with her two henchmen at the bar, she is losing the game. That’s when Omega takes notice of the game and gives her recommendations on how to play.

Cid tells Omega to give the game a shot if she knows that much about it. Omega complies and starts playing the game. She successfully defeats the opponents. Cid asks how she did that, to which Omega says that she’s good at strategy. Cid amusingly asks her just how good is she at strategy. She asks her if her strategy game is good enough to win some money on gambling. Omega replies, “that depends…what’s my cut?” Negotiating a 60-40 share of the winnings, Omega agrees to play the Dejarik gambling game. Meanwhile, back at Raxus, the Batch is getting senator Avi Singh out of the capture. They hijack an AT-TE and try to make their way through hundreds of stormtroopers and other walkers. As an empire walker shoots the Batch’s walker, Hunter and Wrecker get out to tackle the stormtroopers on their own. 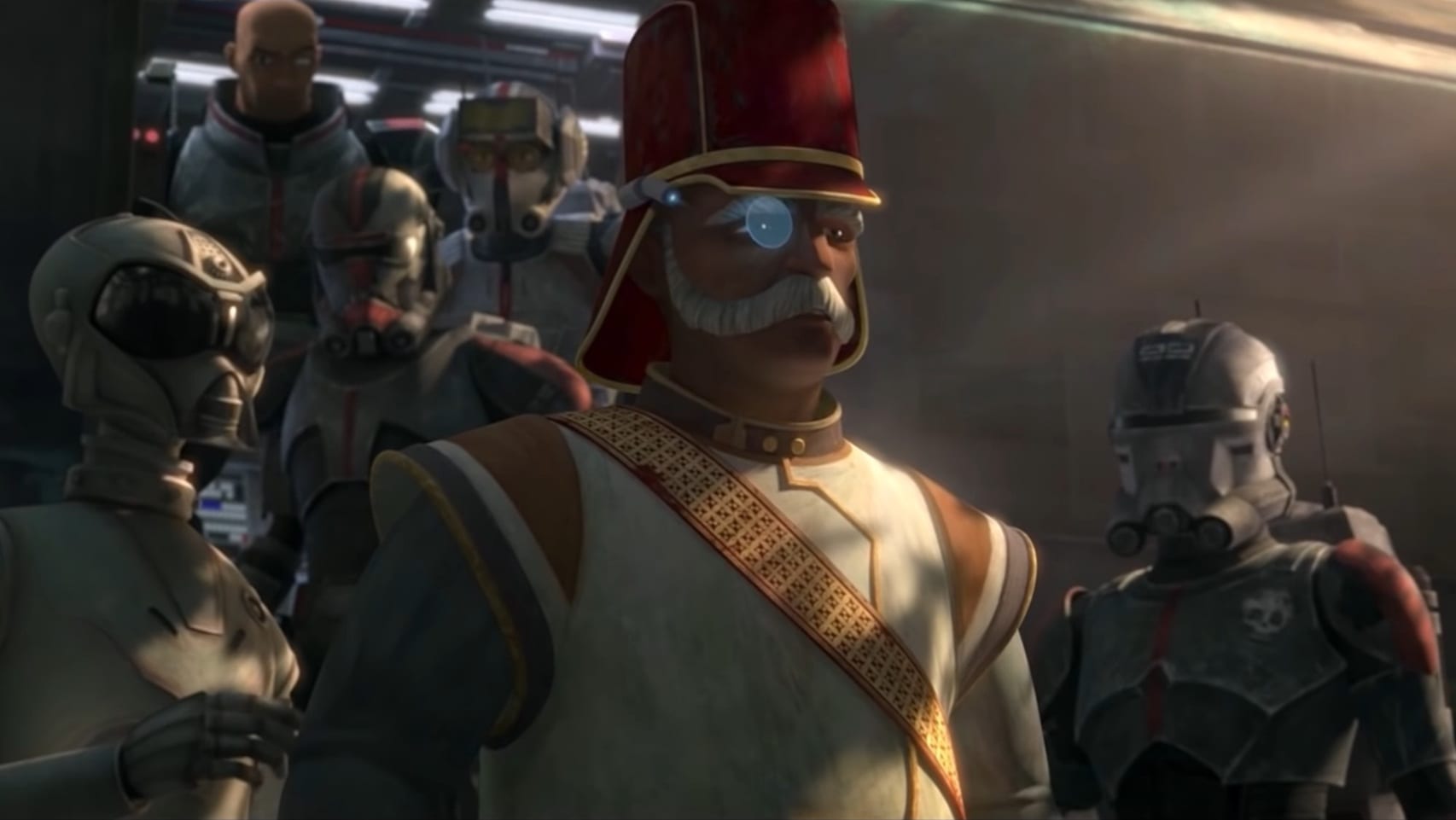 The ending of The Bad Batch sees Hunter and Wrecker defeat a large number of stormtroopers. Meanwhile, Tech and Echo repair their walker. The Batch then gets back on the walker and tries to make a run for it. Senator tells them to head to a dead end and trust him. They reach the dead end as the Empire inches closer. That’s when the senator tells them to make a hole in the wall by blasting it. Wrecker complies and plants a small bomb. The blast opens up a hole in the wall, which opens the way to a hidden alleyway. The group enters inside and makes a run for it, escaping the Empire successfully. Just as they’re about to board their ship, the senator halts and questions himself on escaping while leaving his citizens behind. His droid GS-8 and Hunter tells him to “live to fight another day.”

Senator understands, and all of them get out of the planet. They then arrive at Cid’s bar, where a big crowd has gathered up and cheering someone. As they enter the bar, they see what all the commotion is about. It’s all for Omega playing Dejarik and winning at it. As she wins again, Cid ends the game. Hunter then tells Omega that he told her to keep a low profile. Cid tells Hunter to take it easy on Omega, saying that she just got them out of their debt. Hunter then tries to cheer up a sad Omega by challenging her to a round of Dejarik with him. He also tells her that he will not stop her from tagging along with them on future missions if she wins. A cheered-up Omega agrees, and the episode ends with them playing the game.

You can stream The Bad Batch Episode 10 as well as all the previous episodes on Disney+ Hotstar.