A number of guest stars are joining The Bachelor Season 26 Episode 2 to help Clayton with his dates and figure out the red flags in advance. 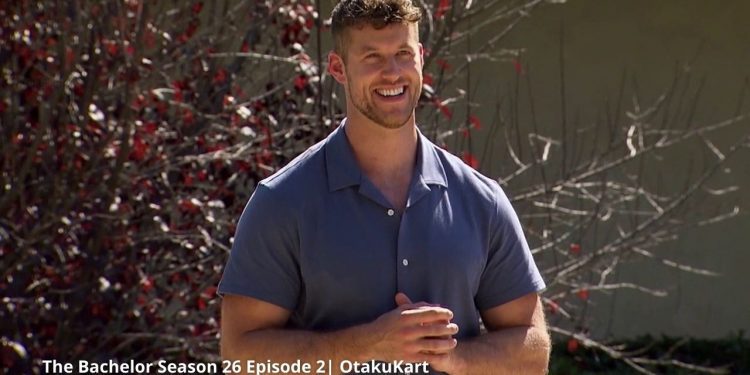 After a successful The Bachelorette Season 18 featuring Michelle Young, a new journey begins for someone who was part of her season. Yes, Clayton found himself heartbroken in Michelle’s season, but now he can take the same route. Therefore, his journey of finding love continues with The Bachelor Season 26, with the first episode already up, and here we are taking a look at what Episode 2 could be all about. Before we moved to the same, we didn’t expect a number of unexpected moves and drama on the very first day, though.

So, the very first episode did open up with quite an excitement for Clayton Echard. We got to know more about him while the Bachelor Nation would be already familiar with him. Before we could even begin the season, Clayton kind of met with rejection. Yes, one of the ladies joining the show saw this opportunity too big for her right now and decided to back off. On the other side, by the end of the episode, Clayton had to send someone home even before the first rose ceremony even began.

Previously on The Bachelor Season 26, we opened up meeting Clayton Echard. An American sales representative and former football player who originally appeared on season 18 of The Bachelorette featuring Michelle Young. Now he is the star of his own season in The Bachelor. Apart from the star, we also have a new host in the form of Jesse Palmer, who is replacing Chris Harrison. The new season opened up with a few highlights of him on Michelle’s season of The Bachelorette and him letting his mother know about doing The Bachelor.

Then we moved into meeting all the ladies that were going to be part of the show. Among all of them, Salley’s introduction took a little emotional ride. She decided to meet Clayton before the show could even begin. Apparently, Salley was engaged before and called off her wedding quite recently. By recently, it meant just yesterday. She is still going through heartbreak and is not sure that taking part in the show was a good idea.

This saw Salley walking to Clayton’s room to talk to him. Clayton understands what she is going through. Still, he sees some sort of connection with her and further wants her to stay on the show. This leads him to offer her a rose. She accepts it and feels something. Still, after some conversation with the show’s team, she realizes this isn’t for her. Thus resulting in her letting Clayton know as he walks her out.

Well, Clayton on his side didn’t see this new journey of finding love starting out this way for him. Anyway, we move to him meeting Jesse Palmer. Soon Limos came with all the ladies meeting Clayton for the first time. While every first meet and date was lovely and beautiful, it was Claire’s that went downhill. First of all, she was interrupted, but she took it in a bad spirit. This saw her bad-mouthing about Clayton among other women.

The Bachelor Season 26 Episode 2 will be released on 10 January 2022. The official synopsis of the episode suggests Clayton’s first group date sees the ladies assisted by none other than Hilary Duff. She is here to join ladies to help them throw a Beverly Hills birthday party. She is not the only guest joining the show as one-on-one dates see Singer-Songwriter from Nashville, Amanda Jordan joining in to perform for Clayton. Lastly, Zive will be joining Clayton in order to spot potential red flags for Clayton moving into the show.

Also Read: Are Michelle and Nayte Still Together? The Bachelorette Season 18 Winner!