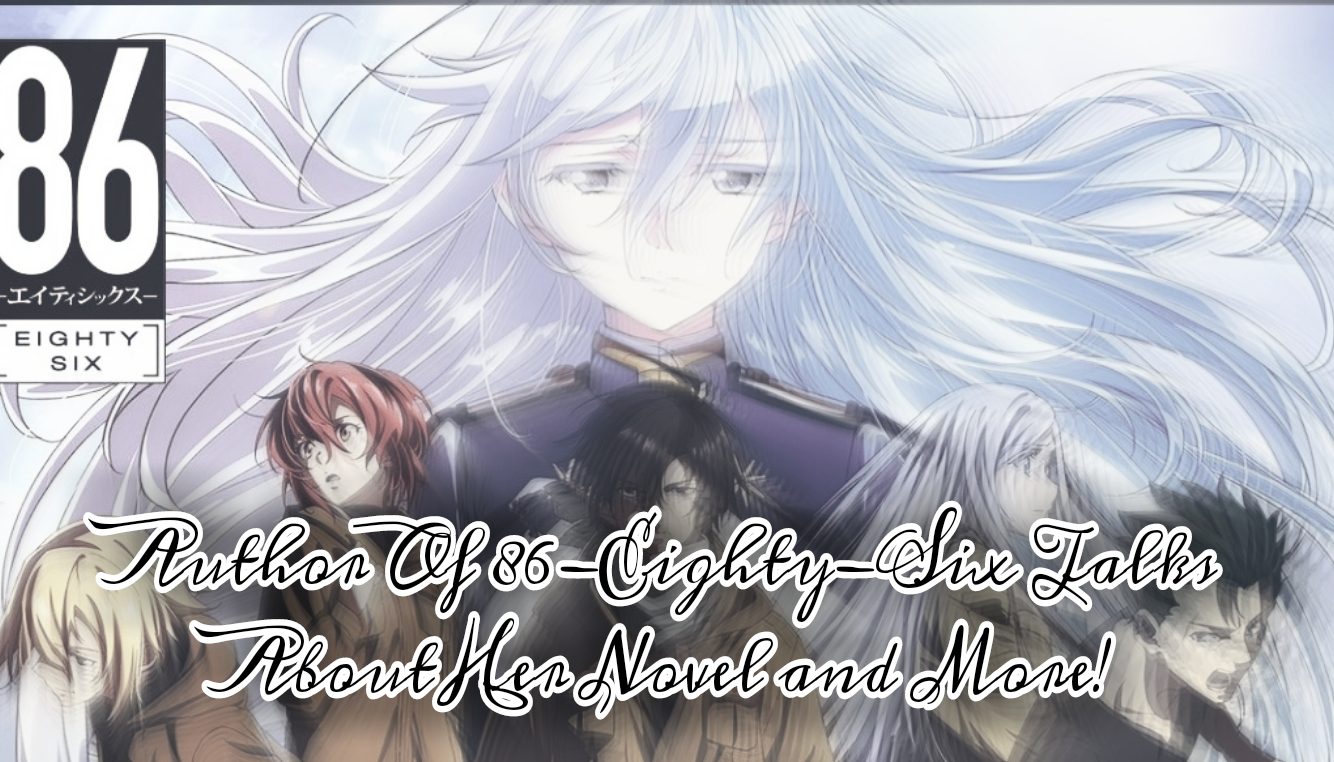 An Interview With Asato Asato

2021 was an explosion of successful anime. From fantasy plots to historical ones, so many great anime series were released this year. Out of all, 86-Eighty-Six stands as the most popular mecha anime of the year so far. If you haven’t watched it yet, we at OtakuKart highly recommend this series for its unique and amazing concept. The 86-Eighty-Six anime is not just any other generic flashy mecha series. The entire setting of 86-Eighty-Six might point towards big machines but what it actually portrays is an unbalanced society, an unfair world, and the struggles of the underprivileged. With a concept so intriguing, the anime was a big hit and the second cour will be releasing in a few days. The author of 86-Eighty-Six, Asato Asato, takes time out of her schedule to talk about her super hit novel series and her involvement with the anime adaptation.

The 86-Eighty-Six anime was inspired by a popular science fiction light novel series written by Asato Asato and illustrated by Shirabii. It was published by ASCII Media Works in Japan and by Yen Press in North America (English translated version). The novel series was published in 2017 and has since been continuing. As of now, the series has been compiled into 10 volumes. Following the novel’s success, it even inspired some manga adaptations and finally, A-1 Pictures adapted it into an anime.

Mipon interviewed the author of 86-Eighty-Six which revealed several quick insights about the behind of the anime. Here are some quick highlights from the interview that we found especially interesting.

An Interview With The Author of 86-Eighty-Six

Asato Asato’s novel series was a big success and so was its anime adaptation. In her interview with Mipon, she makes several notes about her involvement with the anime and manga adaptations. She reveals that a major inspiration for 86-Eighty-Six was a 2007 movie called The Mist. As she came up with the fictional ideas of the story, Asato Asato started working on the light novel. Like any other great creation, 86-Eighty-Six did not get created overnight. Asato Asato has been working on her novel since 2014 and it was only in 2017 that it was published. The setting of the story took a while for the author to come up with. In fact, she wanted the story to take place within a fortressed city. However, she switched the idea and finalized the current setting for the series. 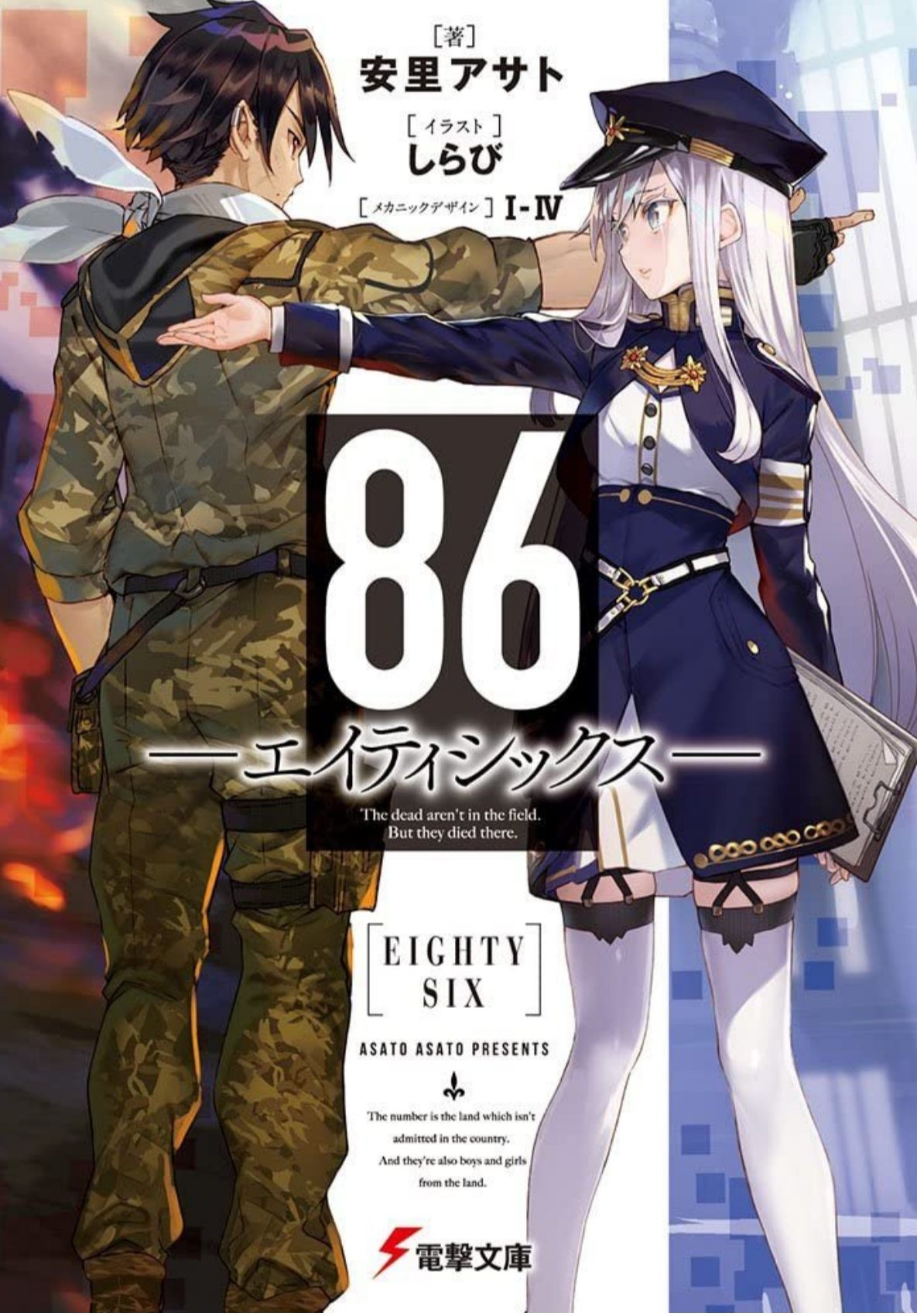 Asato Asato was also directly involved with the anime. She approved several visuals and even answered questions about her characters and the mecha perspective of the story. Asato Asato claims that answering these questions was not easy for her. She was also a major part of the casting of the anime. “…I commented on whether I felt the person auditioning fit my image of the character.”, claims Asato Asato.

The author of 86-Eighty-Six continues to talk about her idea behind the Juggernauts and also about the ending of her novel. You can find the full interview on Mipon.

“I often look up at the evening sky and try to find it. I hope my overseas fans also take the time to look up and search for their own “sunset that is as beautiful as sheer madness.” – Asato Asato, Author of 86-Eighty-Six. (Source: Mipon)

Asato Asato is the charming and inspiring author of 86-Eighty-Six. Apart from 86-Eighty-Six, she is also writing two spin-off manga books titled Academy IF and Magical Girl Regina☆ Lena. Asato Asato is a young author in her mid-30s who has won several prestigious awards for her works. One notable award that she has received is the 23rd Dengeki Novel Prize. The author’s real name remains unrevealed but she continues to write novels under her pen name, Asato Asato. She has been very interested in writing since a very young age. 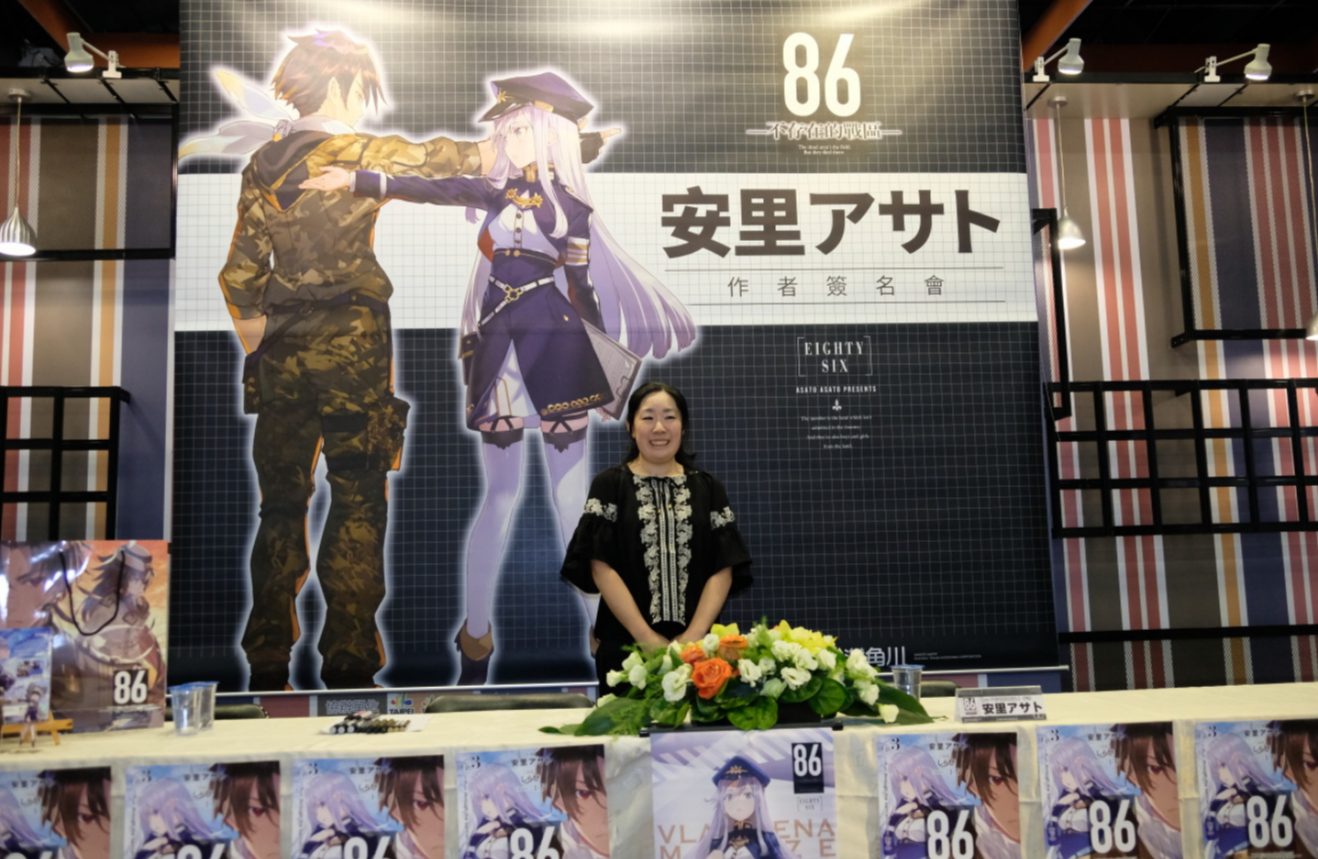 Asato Asato in an Event.

Her interview with Mipon was the first interview she had had with an international medua. In her interview, she reveals that she writes from about 6 to 8 hours a day. While she is quite hard-working, she also believes that one needs to have fun when writing. According to her, people should write what they want to write to enjoy the process of writing. I find this very inspiring and feel that every aspiring writer should follow this by heart.