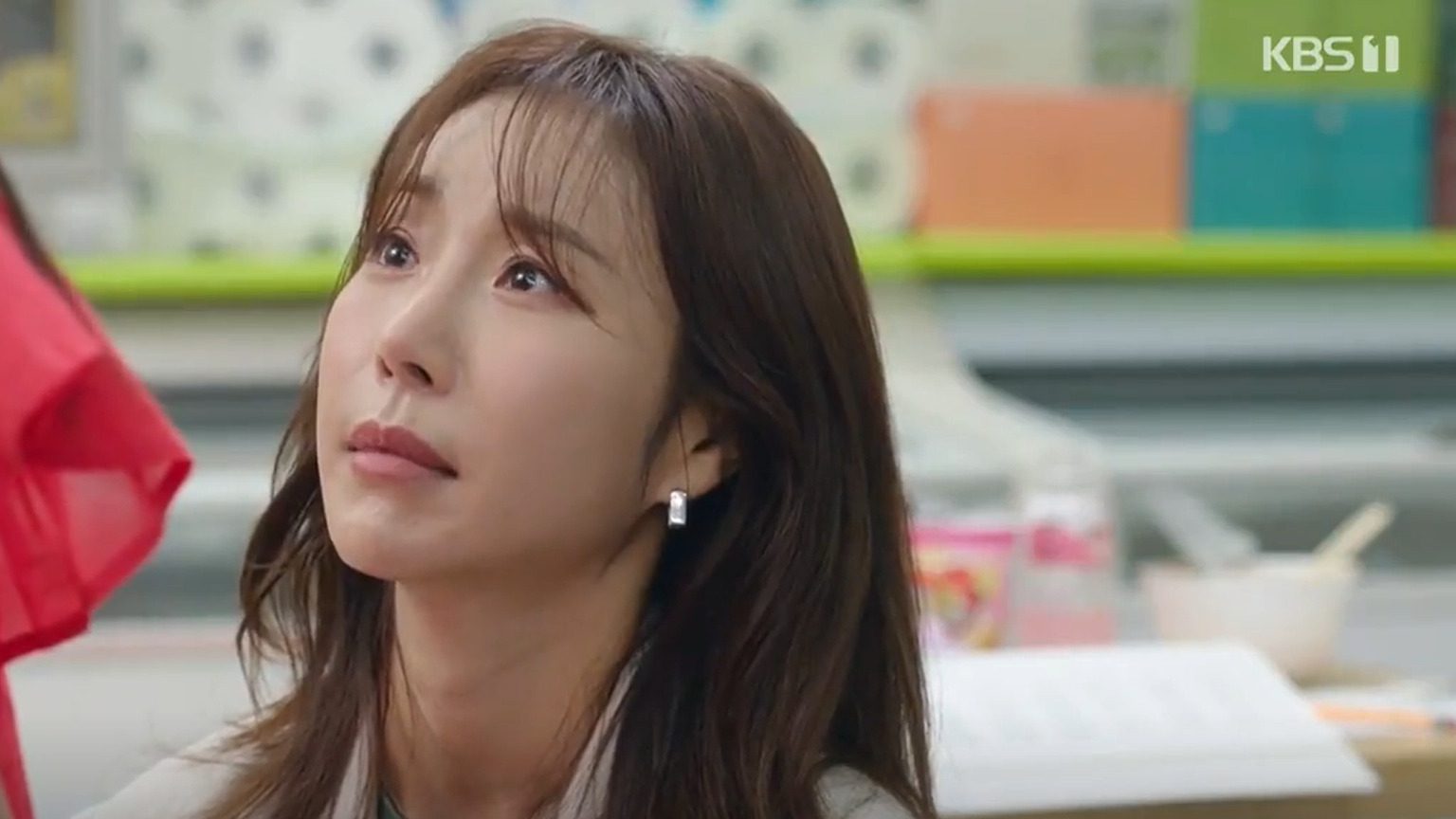 The All Round Wife Episode 7

With “The All Round Wife” Episode 7 on the way, a lot of things have happened in the family. From a fight between the mother-in-law and the daughter-in-law. To a blind date, that was a complete fail. As Cho Hee is making efforts every day to make things better for herself and her family. People keep coming up and irritating her every day. Having so much to do on her plate, a lot of women have been relating to her throughout the episode. Here is everything that has happened in the family until now. 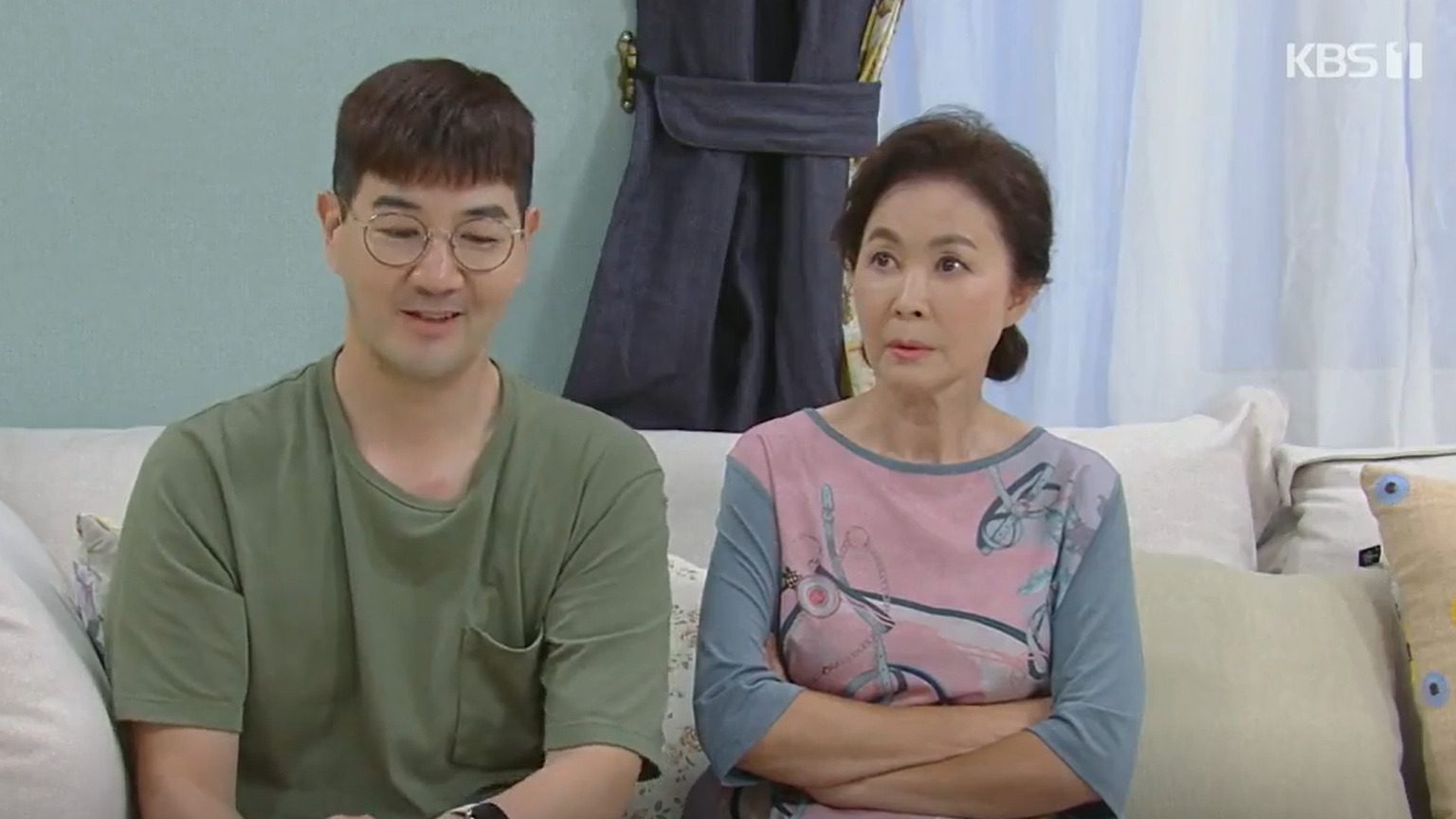 The All Round Wife Episode 7: Nam Goo and his mother

Recap: The All Round Wife Episode 6

Angry with her husband forgetting about picking their daughter up, Cho Hee doesn’t answer his phone. Scoffing that she was childish, Nam Goo hearts screaming outside the room. Only to find his mother screaming at a talisman in the container. With a shaking voice, she tells her son that she needs the container, but as soon as she opens it, there was the spell-bound paper. And that somebody is casting black magic on them. As Nam Goo tries to shrug things off, his mother is not ready to leave it behind. As Cho Hee and Ri An reach home, they find Namg Goo and his mother waiting with the talisman in front of them.

Cho Hee sends Ri An inside, as her husband asks her if she bought the talisman. Hoping she would say no, but as she says she was the one, her mother-in-law asks her to through it out immediately. As she refuses to throw the talisman out, a fight between Cho Hee and her mother-in-law breaks out. As Cho Hee explains how after she bought the talisman in the house, things have started to get better. With their daughter doing well in studies and her work getting a bit better. As Nam Goo calls her stupid for believing these things, she tells him that at least she has been trying to make things better, unlike him. Hearing bad about her son, his mother stands up for him, saying that she never raised her voice in front of her father. 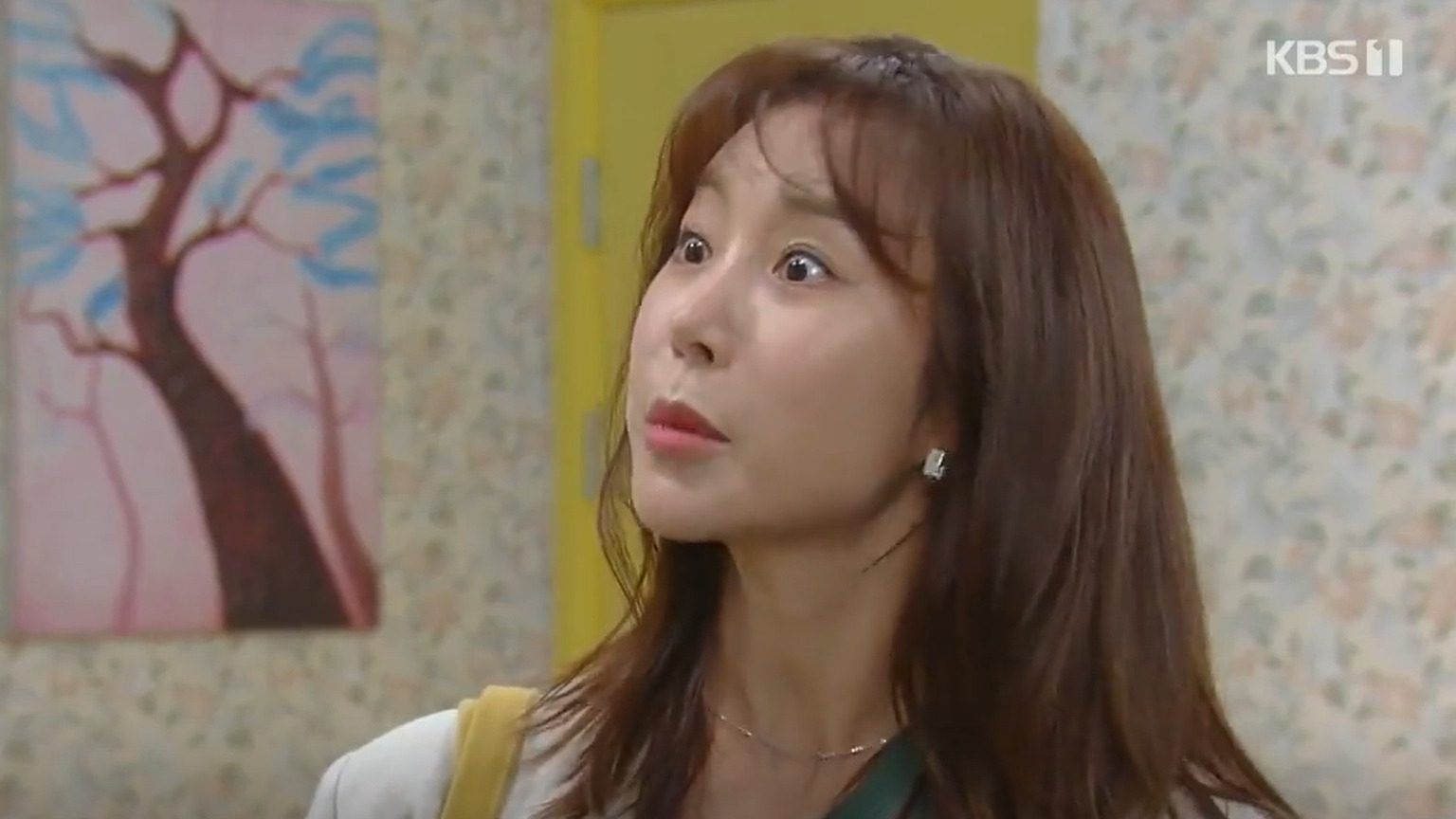 The All Round Wife Episode 7: Cho Hee

As Cho Hee speaks up, her mother-in-law hits the argument by saying that her son should never have married her. Speaking ill of Cho Hee’s mother. Having had enough of it, Cho Hee defends her mother by saying how hardworking she is—and holding her house together. Nam Goo takes her to the other room before the scenario gets worse. While her mother-in-law tries to throw the talisman away, Cho Hee asks Nam Goo to tell his mother to apologize to her. Saying she deserves respect, too, as she manages both home and office. As he tries to apologize to her, she leaves the room, saying she’s going to stay with Ri An.

Going out in the living room, full of anger, Cho Hee herself takes the talisman and tears it to pieces. Cursing it for the fight, it just caused.

Moving on to Won Joo’s house, she and her husband were sitting at the table together. As she checks her daughter’s paper, asking her why most of her answers were wrong. As both her daughter and husband make an excuse, she tells her daughter to go study and get good marks next time. Saying she hates her mother, her daughter leaves the room. At the same time, her husband tells her that she is hard on their daughter. She dismisses him, saying this is for her own good. As he tries to defend their daughter, she gives him a side-eye, making him leave in an instant. 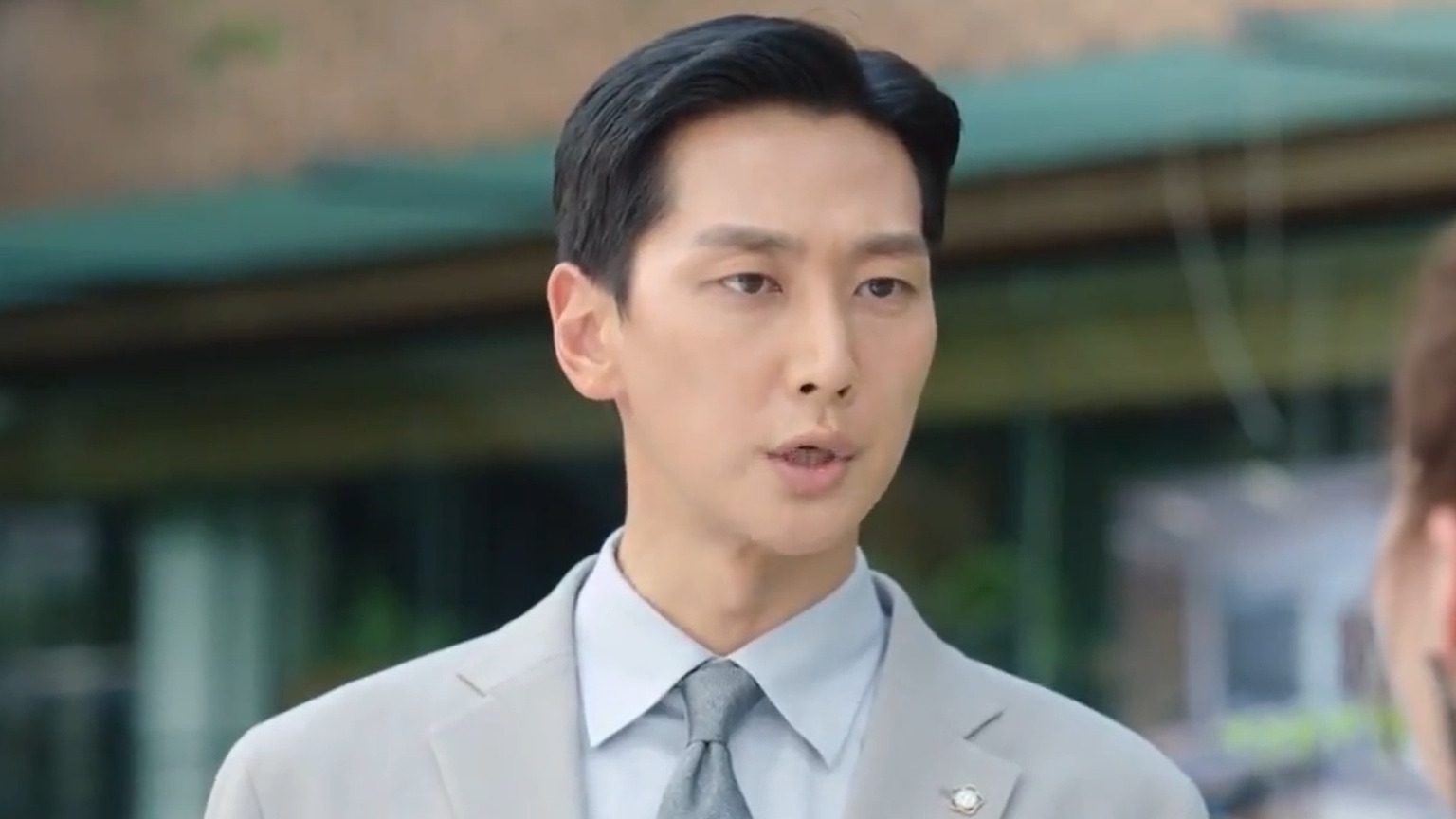 The All Round Wife Episode 7: Kang Rim

In her office, Cho Hee’s team is clashing with another team as they are taking over the mukbang influencer she was supposed to hire. Apparently, the other team leader has given extra money to the mukbang influencer to appear in their plan. As the meeting begins, Cho Hee talks to her boss and tells them it was her idea. And that she was the one to get the deal and the influencer. The other team leader straight-up denies this and starts acting arrogant. As the manager brings out the fact that a violation of the contract can lead to a lawsuit. 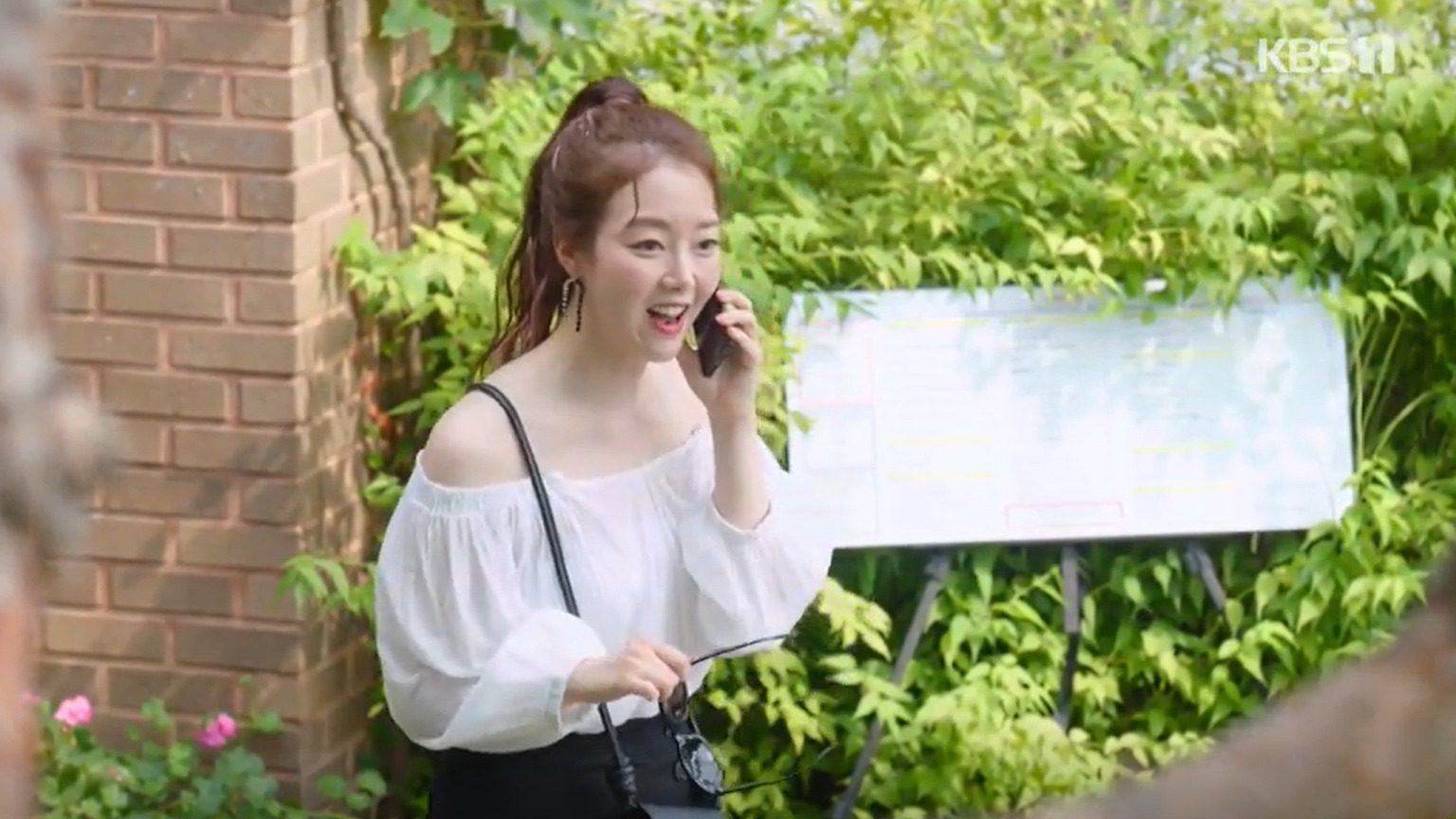 The All Round Wife Episode 7: Bo Ri

The Other Side Of The House

As Bo Ri steps into her home, she’s on the phone with the matrimony service, where she signed her brother up. As her mother asks how she is going to send Kang Rim on the date, she tells her mother and aunt to leave things on her. While Kang Rim is leaving after the class ends, two students approach him. With one of them telling him that his calculations are always right. And she works part-time and is a weak student, asking him to extend the submission time. Ignoring them, he reaches the café where he was supposed to meet his sister and her friend with a case. But the friend is actually her blind date.

After checking out that the girl is the same as the picture, Bo Ri calls her brother up. Telling him that she has some work and he’ll have to meet her friend alone. Entering the café, he finds Bo Ri’s friend and starts talking to her about the “case”. But finds Bo Min working at the café as a part-timer. Who now thinks that her professor is two-timing, as she has mistaken Bo Ri as his girlfriend. A few minutes later, Bo Ri finds the girl walking out of the café angrily. It turns out, the talk they had for a few minutes blew their cover-up. And Kang Rim is now angry at her sister for sharing his data with a third party. 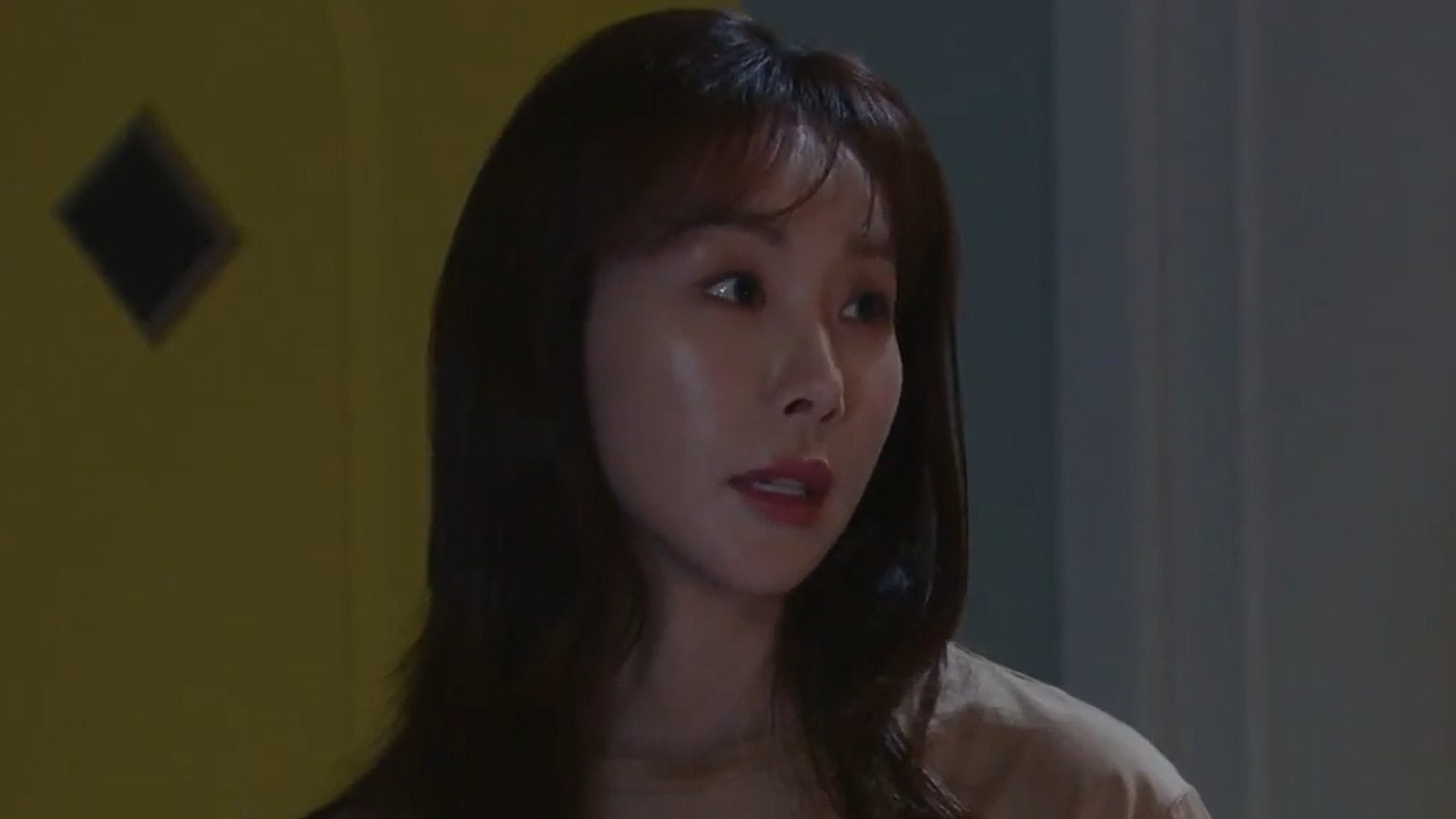 The All Round Wife Episode 7: Asking for a divorce

As he tells her that he is going to sue her, Bo Ri tells him to talk to their mother, as she was the one who wanted to get him married. Reaching home, their mother and aunt ask Bo Ri about the date. Telling them the date was very bad. Kang Rim goes on to talk to his mother. As his mother tells him that she wants him to get married, he tells her that he is going to stay single all his life.

The All Round Wife Episode 7 Release Date and Where To Watch?

The All Round Wife Episode 7 will release on October 12, 2021, at 8:30 pm KST. The upcoming episode will be available to watch on the streaming app and site Rakuten Viki. Other students suspect Bo Min after she is the one to get the highest scores in the class. While Cho Hee has had enough of it, she is asking Nam Goo for a divorce.