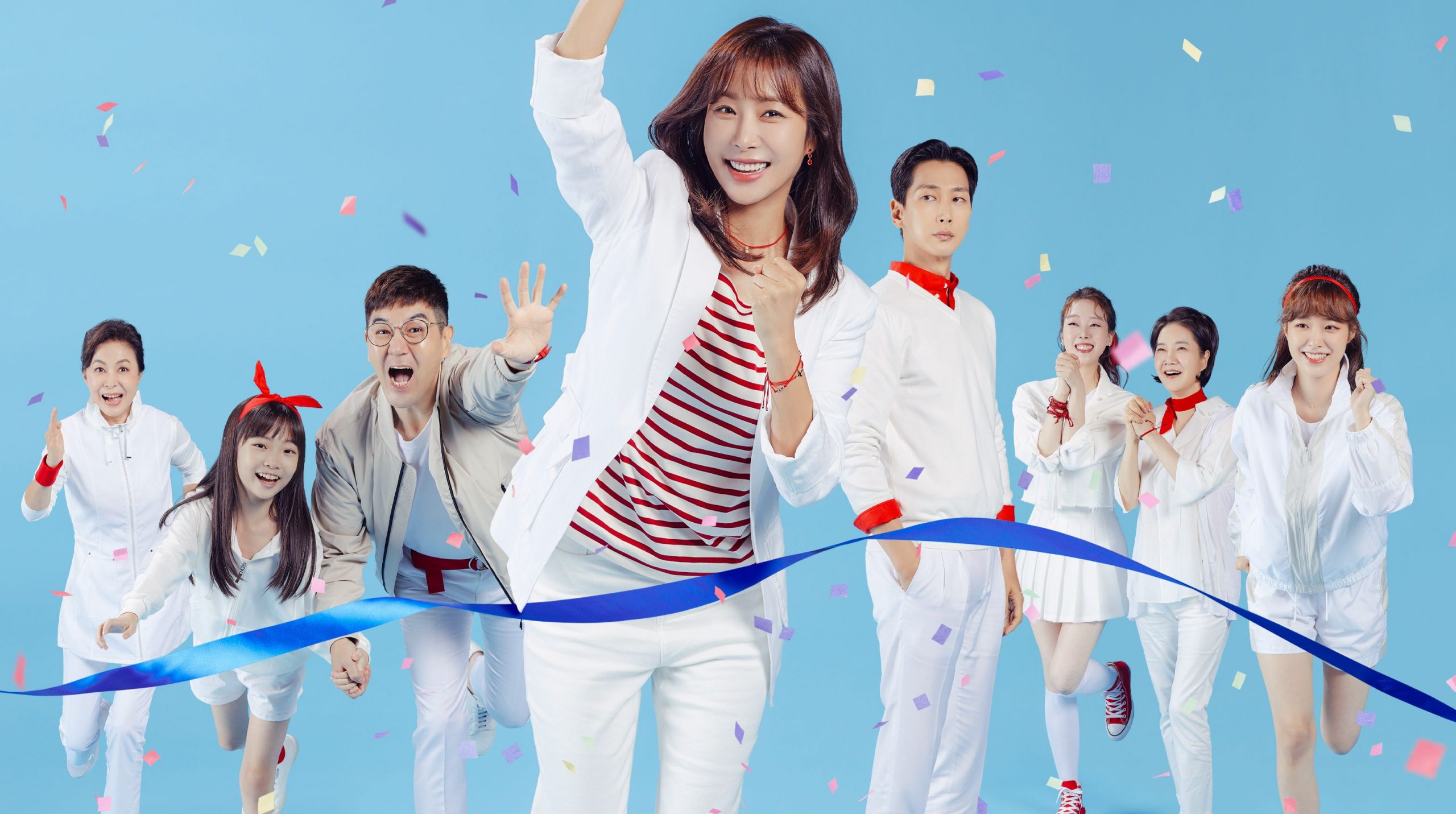 The All Round Wife Episode 6

KBS is premiering their new family K-drama, “The All Round Wife” and viewers are already waiting for episode 6. Revolving around a family, with a strong female lead. The show is already becoming popular in households all over the world. To prove the old saying that “once you move out of Gangnam you can’t come back” wrong. Seo Cho Hee is on the mission of getting herself and her family back into the posh city. That she stupidly moved out of. Her fight to get back into her circle is going to be long. As she manages her office, home, and the people.

Seo Cho Hee works in advertising and planning and has her own team in the office. Her husband is a professor and they lived in of the biggest apartment complexes in Gangnam. Their family was rich, but it all came crashing down as their company went bankrupt. To make up for it, they invested in stocks and sold their house. But ended up losing everything and have moved houses in small cities. Along with her husband, her daughter, Ri An, and her mother-in-law live with her. At the start it doesn’t really bother her, but as she finds herself standing in front of the building of her own house, she decides that it is enough. And she will come back. 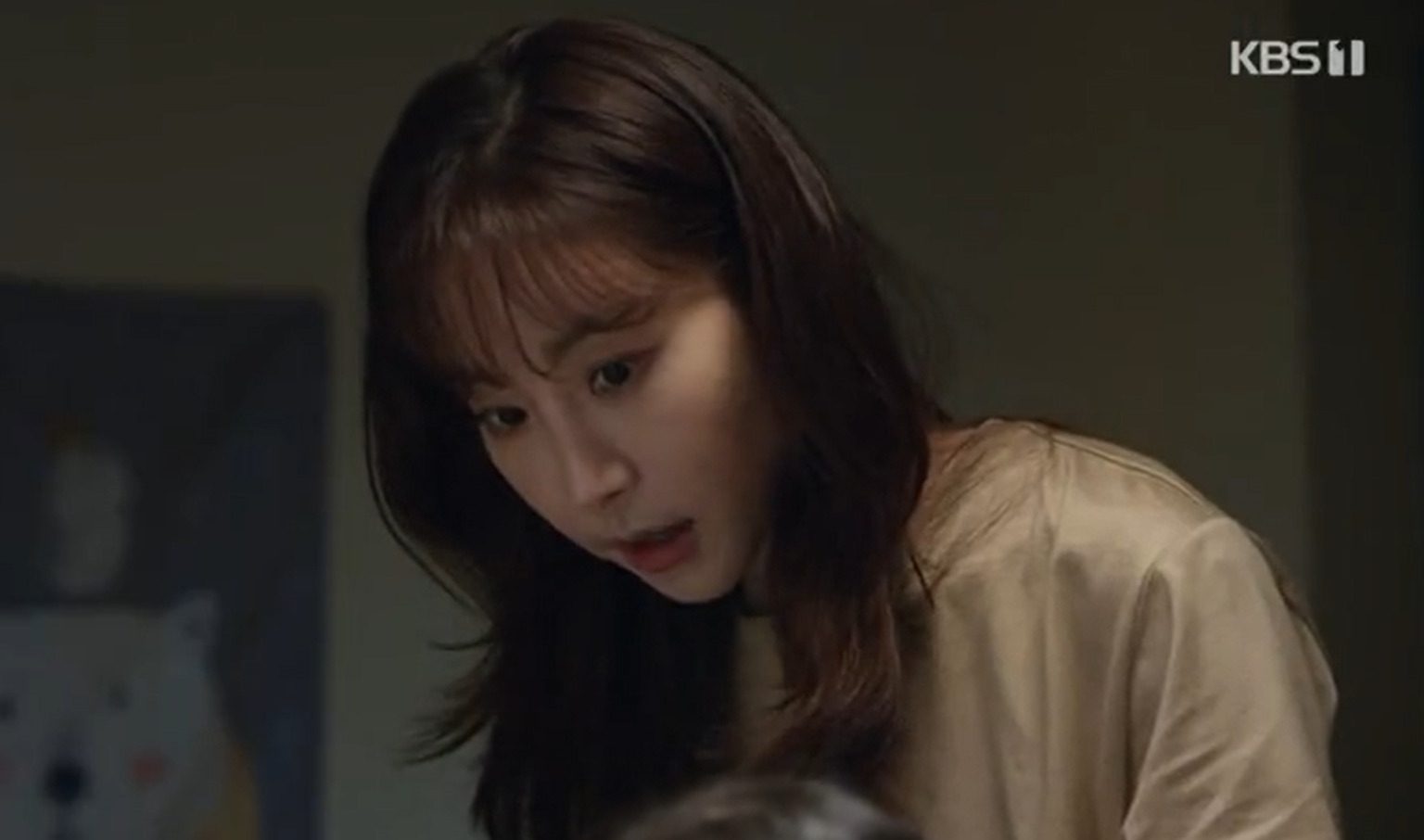 A still from “The All Round Wife”: Seo Cho Hee, trying to be the all-rounder woman and balancing everything on her own.

A Look At The Previous Episodes

At home, Cho Hee’s daughter also tells her that she wants to move to Gangnam as all her friends are from there. And they often make fun of her and go together to study at an academy. Not wanting her to feel left out, Cho Hee goes to the academy to get her daughter admitted. As her college friend, Won Joo spots her standing near the building, they plan to meet up for lunch. At lunch, Won Joo tries to provoke Cho Hee by calling her out. She tries to make fun of her family going bankrupt and says that she has done so many bad things to her. And leaves the place. Angrily, she leaves the place, and calls her sister, Bo Ri, as she asks her to visit a shaman with her.

Also Read: ‘What We Do In The Shadows’ Season 3 Episode 8: Release Date, Spoilers & Preview

What Happened At The Shaman?

The shaman tells her that Won Joo is her twin from the past life and that she was very mean to her. To buy a new house, she must make up with her and sort out all the problems. Or her family will fall apart, too. He also gives her an alternative to do the ritual and asks for 3000 Korean Won as the ritual fee. Taking the talisman from the shaman, she keeps it in a container in the kitchen cabinet. Coming back home, she scolds her mother-in-law over her not doing the house chores properly. But later apologizes. 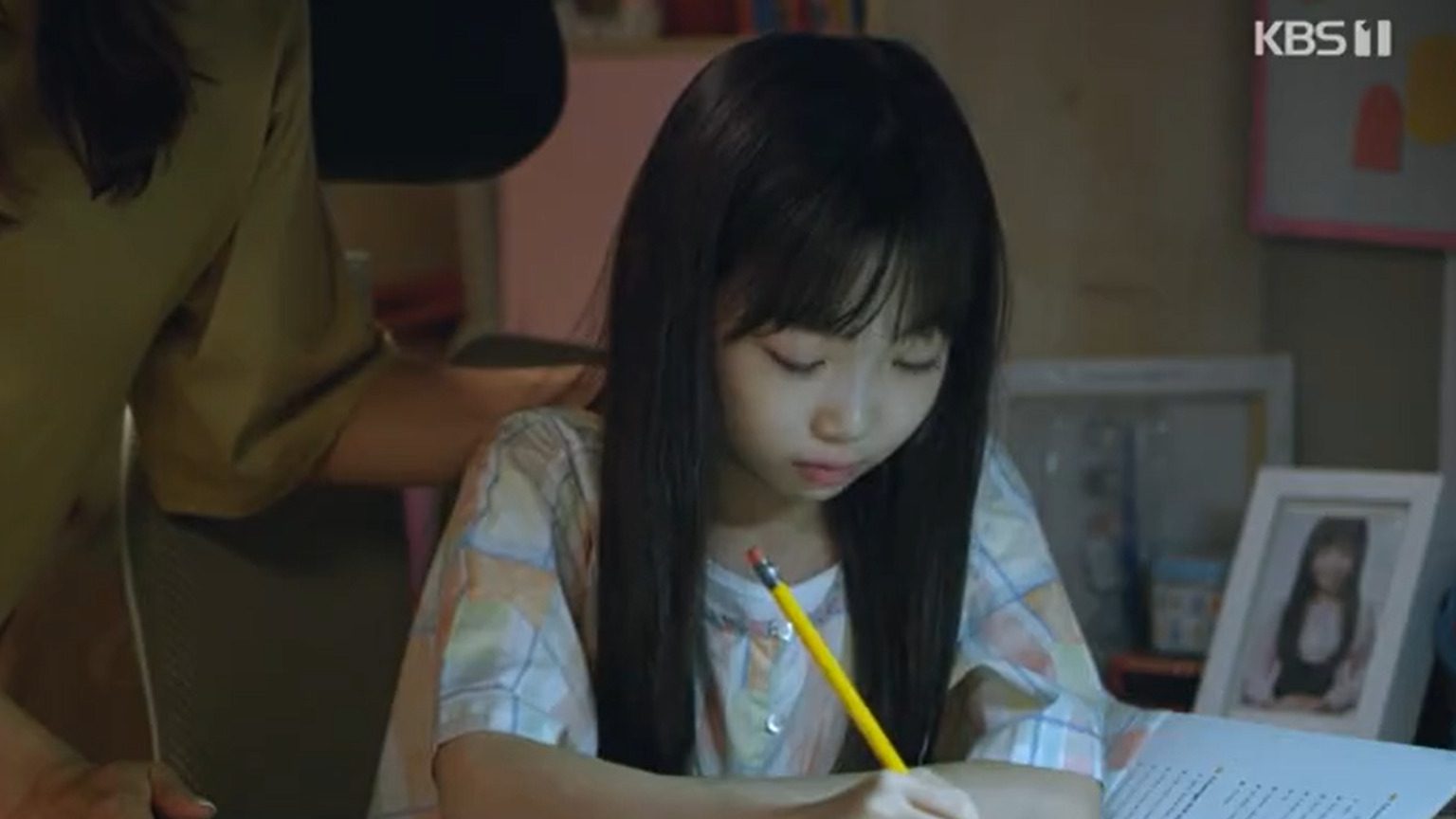 A still from “The All Round Wife”: Seo Cho Hee’s Daughter Ri An asking her mother why can’t they move to Gangnam.

In Cho Hee’s office, as her team members leave, she starts looking at apartment complexes in the city. And goes on to visit one of opening announcement event for an upcoming construction project. Reaching inside, she spots Won Joo standing there. Trying to run away, she runs into her husband and soon Won Joo sees her too. Talking to her, she gets to know that the construction project is under Won Joo’s husband’s company. As she is processing the facts, Won Joo says that she will help her buy a house in the building.

As they sit in the office together, Won Joo asks her about the documents and bank credit. Telling her that she can only help once she knows everything is alright with what is needed. She asks her to go to the bank and get a list of all the assets she had and submit it to her. Going home, she talks to her husband about everything they have in the bank. Indirectly pointing to the fact that she has been wanting to move back to Gangnam and looking at construction projects. But her husband doesn’t really pay attention to her. As he shrugs her off, he goes to sleep. 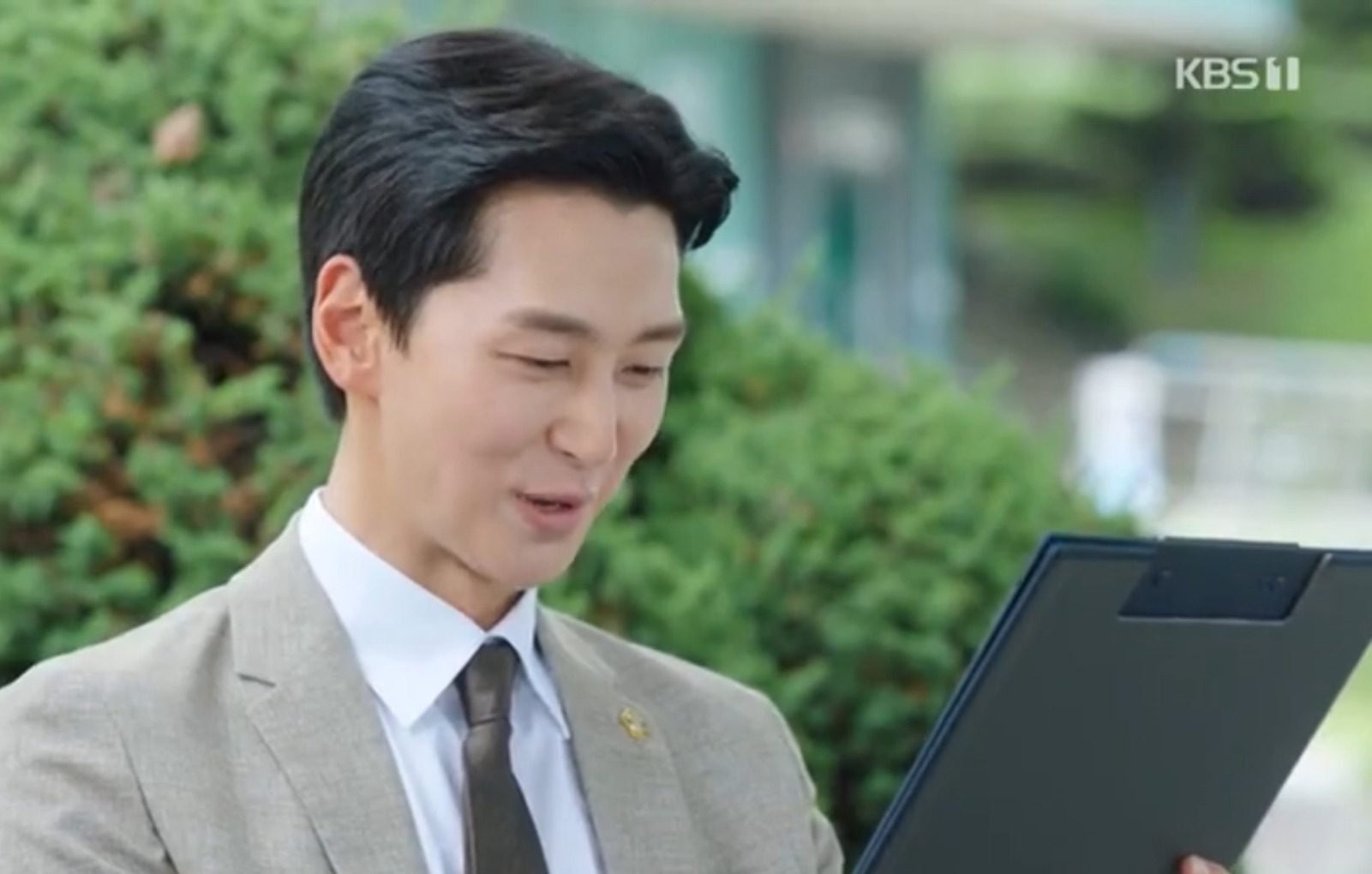 A still from “The All Round Wife”: Seo Cho Hee’s brother, Seo Kang Rim, at the university campus where he teaches law.

The Other Side of The Family

On the other side, Cho Hee’s mother is worried about her son, Kang Rim, not getting married. Known as the clean freak, Seo Kang Rim is an attorney and law professor at a university. To make her happy, her sister and daughter go to the matrimony office to sign him up for blind dates. As Kang Rim is on his way to college for the lecture, his sister asks her to drop her off, too. But as he gets a bit distracted on the road, he crashes into one of his students. Looking that she hurt her leg, he tells her to get in the car and takes her to the hospital. With his sister complaining about getting late. He shrugs her off by giving her money for a taxi, so she would leave him alone.

As his student returns, he sees her walking with a crunch. And tells her to take it easy and her time for the group project he assigned to the class. And gives her his business card before leaving. After reading her assignment, when he spots her at the campus, he goes on to make her sign a contract about the little incident they had on the road.

Also Read: Why Was Bilal Skaf Released From Prison? Everything About Notorious Criminal

As an annoyed Bo Ri returns home, her mother asks her how her day went. She tells them that she reached very late today and she had to herself figure out her ride to the place. As her aunt asks that she leave with her brother, what happened to that. She tells them that even though they went out together. They got into a car accident on the way and he almost hit one of his students with his car. She is in a cast right now. 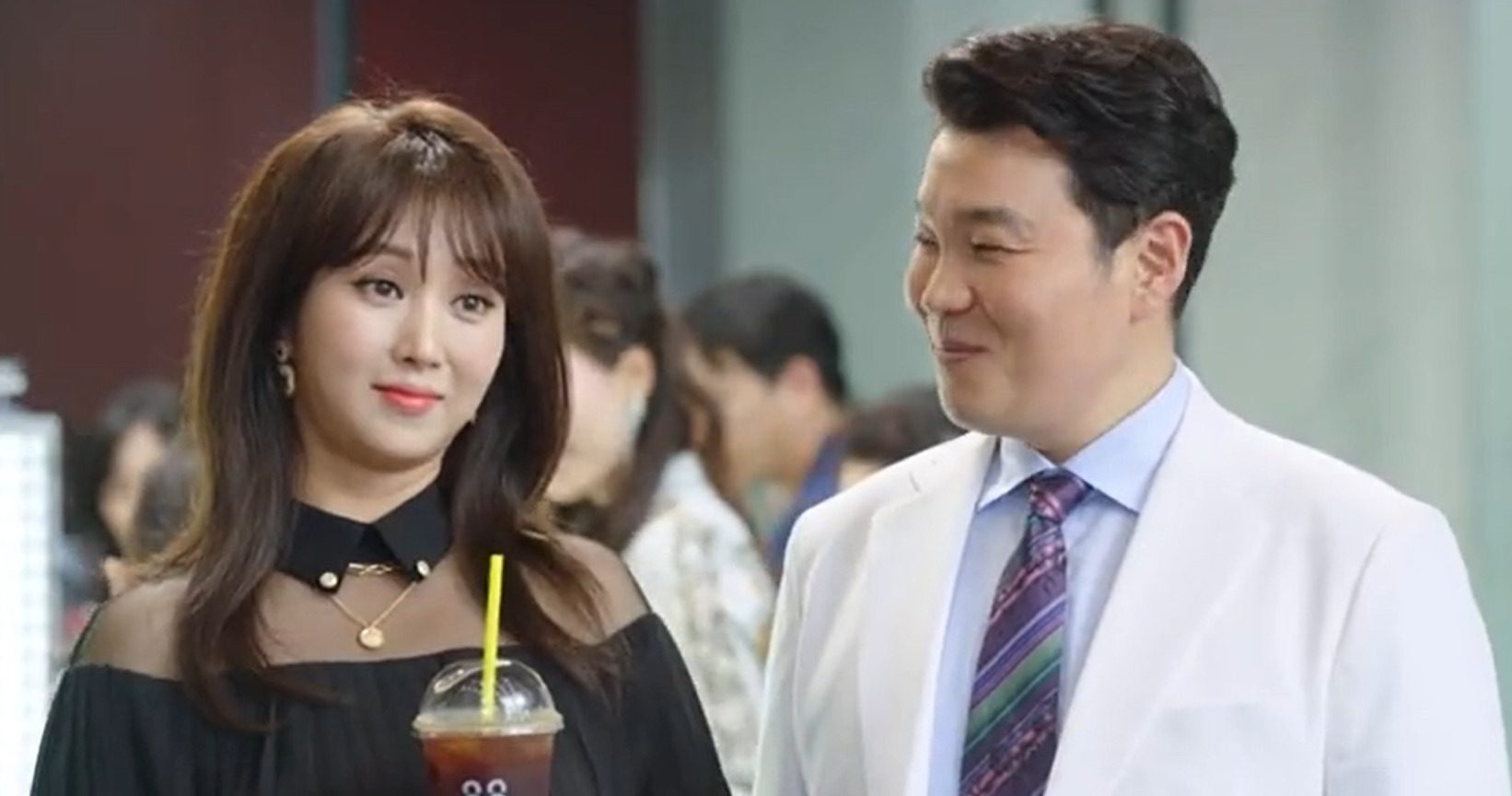 A still from “The All Round Wife”: Seo Cho Hee’s frenemy, Won Joo and her husband at the announcement event of the new apartment complex construction.

The All Round Wife Episode 6 Release Date and Where To Watch?

“The All Round Wife” Episode 6 will release on October 11 at 5pm KST. The upcoming episode will be available on cable TV channel KBS2. And for global online streaming, the show is available on Rakuten Viki. Being a daily soap, The All Round Wife will release its episodes Monday to Friday, every week. The show will have 12o episodes in total and will continue till next year. The show casts “Gracefull Friends” Han Da Gam as Seo Cho Hee. Han Sang Jin from “Mysterious Personal Shopper” plays Cho Hee’s husband Kang Nam Goo. While “Love To The End” fame Shim Ji Ho plays Cho Hee’s brother, Seo Kang Rin. The supporting cast includes names like Kim Tae Yeon, Jung Bo Min, Geum Bo Ra, Jo Hyang Gi, Yoon Da Young, and a lot more.

What To Expect From The All Round Wife Episode 6?

As Cho Hee is trying to catch a mukbang influencer for her office work. She gets a call from her daughter that nobody came to pick her up from the academy. Telling her to wait at the convenience store; Cho Hee finds no one but Ri An’s stuff and half-eaten foon on the table. On the way to picking her up, she calls her husband. And finds him sleeping at home, and having no idea where their daughter is. Not knowing where she went, she starts thinking about the worst thing that could happen. We will also see Kang Rim going on his first blind date that he is unaware of. While Cho Hee’s mother-in-law also finds the talisman she hid in the kitchen. And starts accusing her of all the bad things that have been happening to them. As Cho Hee gets a hard time at both, her office and home, she also gets in a fight with her husband.