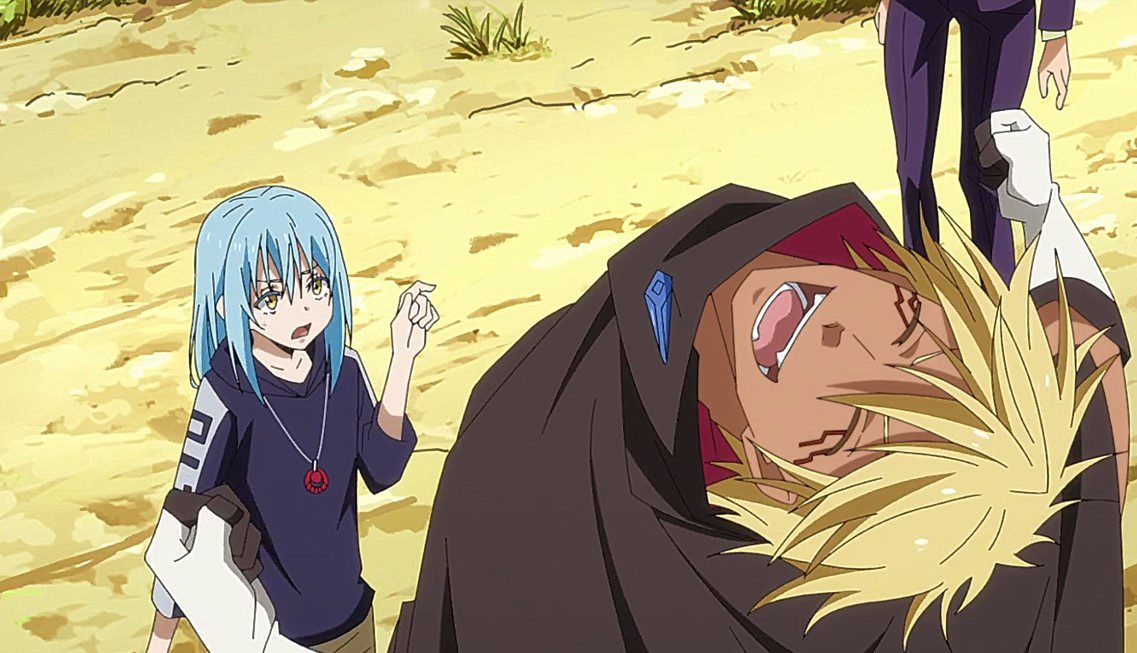 That Time I Got-Reincarnated-As A Slime Season 2 Part 2 Episode 19 releases a new episode soon. Great Rimuru, the leader of Jura Forest Tempest, had allied with other kingdoms to take down the Demon Lords against them. They realize that the Walpurgis is about to begin, and Rimuru plans to teleport the warriors to battle against Demon Lord Clayman’s army. In the morning, Rimuru assembles the team and their leader to send them to the battlefield. He cast a teleportation spell and send all the soldiers to the battle.

Ranga, Veldora, and Shion arrives and compliments Rimuru. Veldora asks Rimuru if he is sure that he wants him to join the battle. Rimuru replies that he wants to keep Veldora a secret until Walpurgis starts. Veldora replies that he forget about that, and Rimuru reminds him not to forget again. Rimuru realizes that Benimaru’s forces headed to the Animal Kingdom of Erazania to fight Clayman’s Army. In addition, Gazel’s group headed for Dwargon, and Erald’s group returned to Thalion, and Youm’s gang set off to take over Falmuth.

Rimuru realizes that taking over a country won’t be an easy task and told the others to get ready for Walpurgis. The episode title is ”Demon Lords.” Demon Lord Clayman communicates with his man asking about their status. The guy reveals that The Animal Kingdom of Eurazania got completely deserted; Clayman told his man to investigate the area and find the citizens. Clayman realizes that the citizens have to be found since they are necessary sacrifices for his plans to revive the mighty Demon Lord.

Previously on That Time: I Got-Reincarnated As A Slime Season 2 Part 2 Episode 18

The guy told Clayman that one of the soldiers heard something interesting from a peddler they met during their march. The peddler spread the news that the Storm Dragon Veldora has returned, and Falmuth’s forces were collateral damage in Veldora’s resurrection. Clayman asks his guy if it was the Storm Dragon’s doing, and the guy agrees, stating that since Veldora got resurrected, he is not that powerful since his energy has dropped low. The two had no clue that Rimuru suppressed Veldoras’s powers. 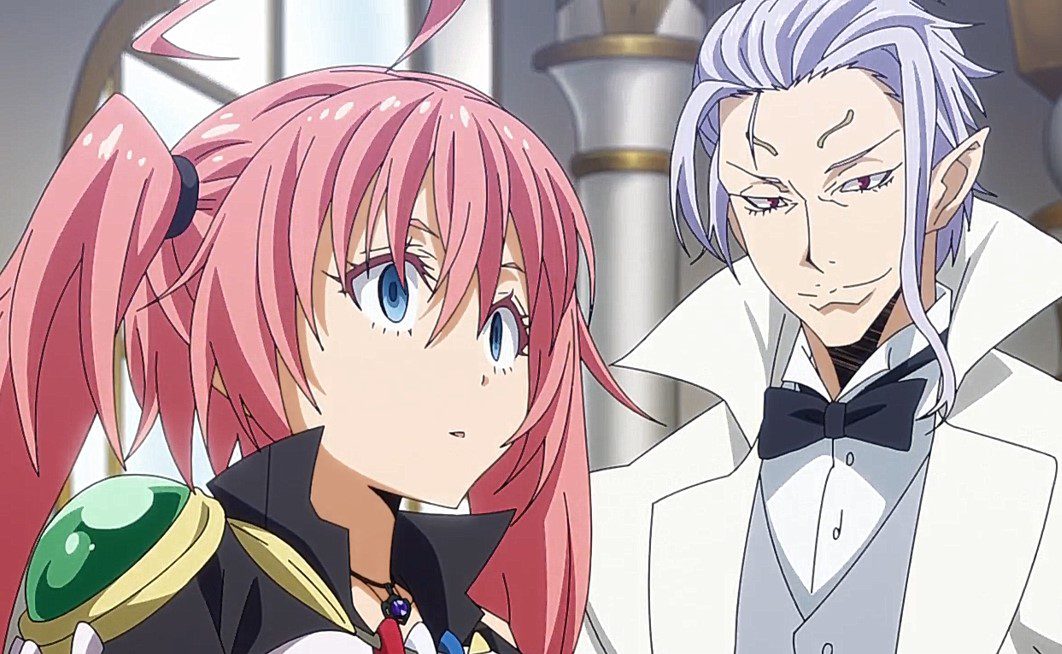 Clayman realizes that he has lost contact with Pirone and the marionettes he sent to Falmuth since they might have met with the chaos of Veldora’s resurrection. Clayman believes that a mere ”Slime” could never defeat Falmuth’s army. But now, dominating the Evil Dragon will be a simple task. Clayman thinks that he will beat Veldora and make him one of his pawns, and thanks to his guy Yamza for giving him that special report. He comments that he thought he fell for Rimuru’s bluff, but the truth will never remain hidden.

Clayman raises his wine glass and comments that ”Slime borrowing the Evil Dragon’s authority, you should feel honored.” Clayman vows that he will crush the ”Slime” with his two hands. A voice told him not to lose his guard on Demon Lord Milimi. Clayman realizes it is Laplace and told him not to worry since everything is under control and he will win. The Demon Lords are ready for the upcoming Walprugris, and Milimi met with Frey. Later in an ice castle, two Demon Lords talk about Rimuru. The episode ends with the Demon Lords deciding that they are heading to Walpurgis.

Where To Watch That Time I Got-Reincarnated As Slime Season 2 Part 2 Episode 19?