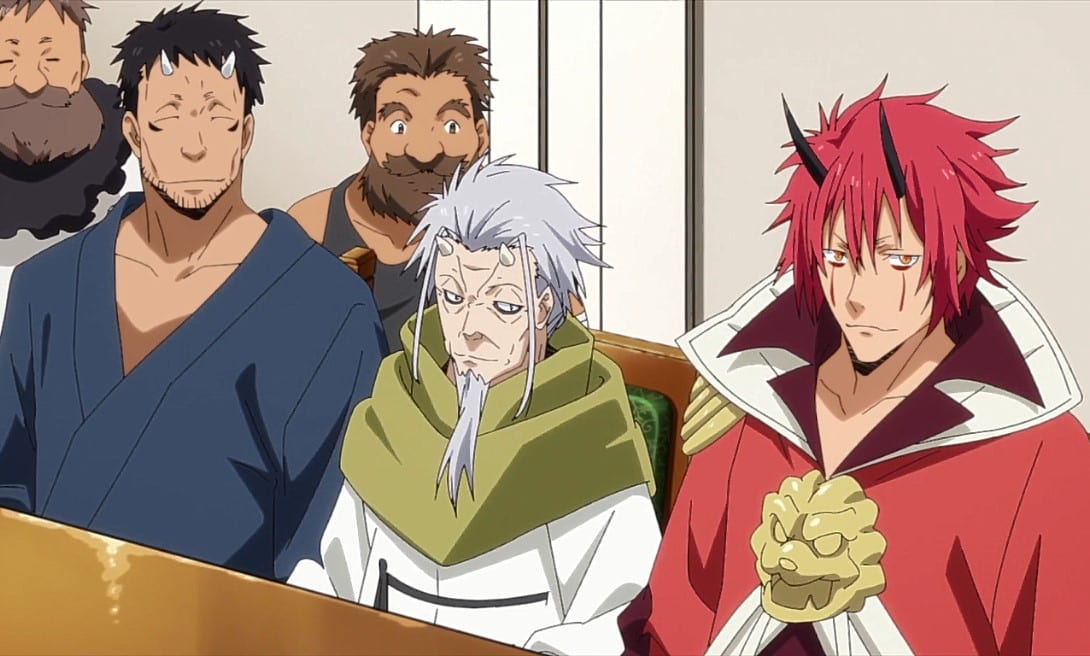 The Great Rimuru continues with another adventure in That Time I Got Reincarnated as Slime Season 2 Part 2. Let’s find how the story of the monsters in Jura Tempest continues. The episode starts with the mysterious, powerful guy who reveals that he is the Storm Dragon, Tempest, and fully revived. Storm Dragon vows that all who defy him will get slaughtered. The Great Rimuru arrives and asks Storm Dragon where he stole that line. Storm Dragon replies that he got bored and analyzed Rimuru’s memories.

Storm Dragon asks Rimuru if he will joining him to play the shogi at the master level. Since he is Storm Dragon, he reached the Ryuo level.  Rimuru comments that he is glad that Storm Dragon enjoyed living in another world. Storm Dragon feel said and said he is back after so many years and Great Rimuru is cold towards him. Storm Dragon said Rimuru is his BFF. The two fist pumps their fists, and Rimuru said BFF is old. Rimuru wonders if this guy got his gift. Storm Dragon thanks Rimuru that he evolved to Faust.

Great Sage interferes and analyzes the remains of Veldora and also talked about the ultimate skills that Veldora. The two enjoyed spending time together and head out together. Storm Dragon said he is happy to see the world for the first time and enjoy smelling an enormous aura. Rimuru advises Storm Dragon to lower his powers since the citizens will get scared seeing him at his full capabilities. Storm Dragons hides his powers, and Rimuru replies that they are good to go. Rimuru notices that Storm Dragon is saying the lines that he read from the manga. Later they both arrive at the Tempest and finds the monsters waiting for them.

Rigur approached Rimuru and said he got worried after sensing the signs of the return of the Storm Dragon, Veldora. Rimuru told the monsters that they can call this guy Veldora and tries to befriend him. The monsters look at Veldora, and one of the Archdemons smiles. Veldora said he is not shy around new people. Treyni arrived and said Lord Veldora is their guardian and congratulates him from the bottom of her heart.

Veldora wonders if this lady is Dryad and thanks to her for taking care of the Jura Forest. Treyni talked about the time when her sister got separated from the Queen of Spirits. The monsters realize that this guy is their Lord and kneel, saying that he is the real Storm Dragon. Souei is surprised that this guy is their Lord. Rigur, on his knees, asks Lord Veldora about his relationship with Great Rimuru. 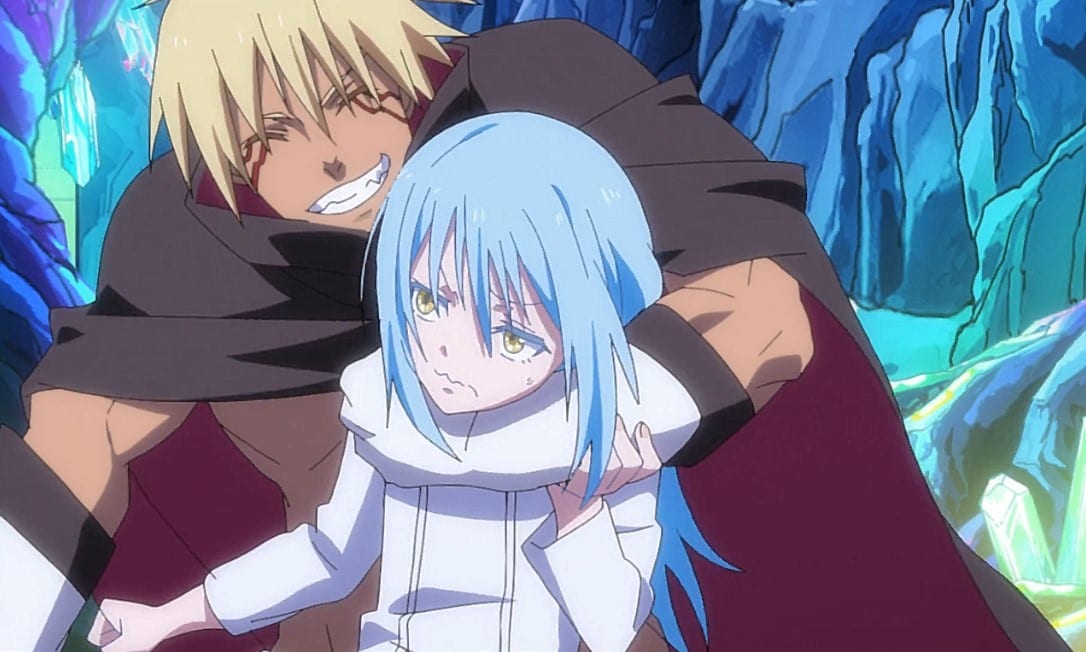 That Time I Got Reincarnated as Slime Season 2 Part 2

Lord Veldora pointed to the sky and said Rimuru is his sword friend. The nations celebrate and said that Rimuru’s friend is not only Lady Milimi but Lord Veldora, as well. Benimaru realizes that this guy is a real deal, and Gobta shouts that Rimuru is fantastic. Lord Veldora started to show off his muscles and said his body is the work of Rimuru.

Rigur confronted Rimuru and said that it means Rimuru appeared after Lord Veldora vanishes. Rimuru replies that he thought it would take 100 years to free Veldora. They wonder who would come after Rimuru since the Legendary Dragon got released. Sion and Shuna told Rimuru that the preparation of the feast is ready. They both hold the mini barrel of beers and wait for Rimuru to give his speech to welcome Veldora.

Rimuru reminds his people that they can eat and drink without worrying about the past. They enjoy the feast, and Ranga howls like a wolf. The evening became a massive party, and they play around. Everyone is happy to reunite together after facing death in the past. Lord Veldora tells the monsters about the stories in another world. The next day they had a meeting, and Rimuru announced that he has decided to become the Demon Lord. Later, other kingdoms arrived to ally with Tempest.