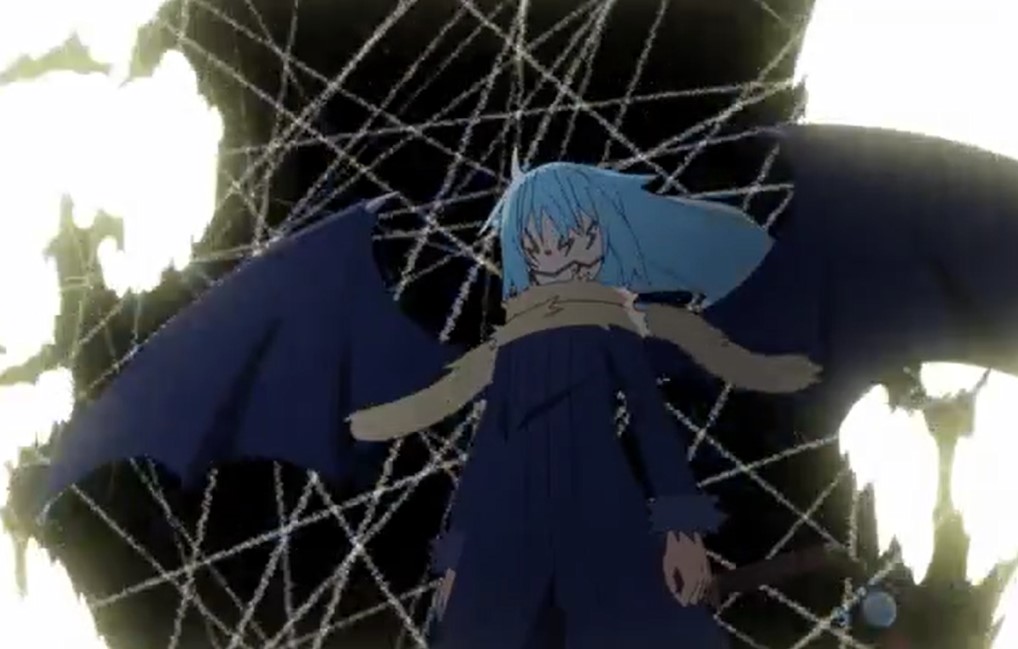 The great war is about to start as Benimaru arrives at the enemy’s territory. Rimuru wants to kill ten thousand men as a sacrifice to become a Demon King. After becoming a Demon Lord, he wants to resurrect Shion and the others. Rimuru is ready above the sky with his flying monster’s nation. They are both carrying weapons ready to attack their target. That Time I Got Reincarnated a Slime Season 2 is arriving at episode finale next week. Find more below.

Previously on That Time, I Got Reincarnated a Slime Season 2 Episode 10

Edmaris Falmuth is dozing off inside the tent while Rimuru is watching everything from the sky. Rimuru looks down and comments that they are the ones that killed Shion, and he won’t forgive them. Rimuru said that they will be food for him, and he wears his face mask. The warrior of Falmuth spots Benimaru. The head told the warriors to prepare for combat.

They told Benimaru if he comes closer, they will show him no mercy. Benimaru replies that he will be the one who will be showing no mercy. He told them that he would be taking his rage on all of them. Benumaru pulls out his word that is flowing with magic. He killed all the warriors with a single swoop, and the last one said no one told him that there was a beast like this one. The guy died after commenting on those words. Benumaru cuts the magic crystal and said the mission is complete. 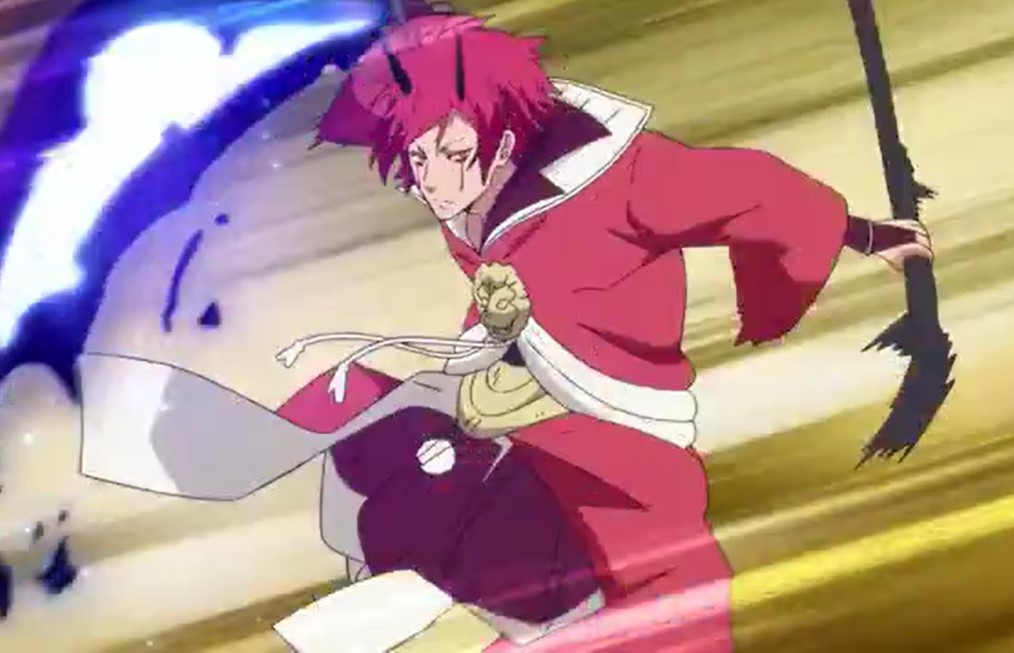 He said there was no one left struggling since he has burned all the warriors into ashes. When Benumaru’s sword touches the worried, they burnt to ashes due to the magic that flows on the sword. The leader of Dragonewt warrior told them to follow his lead. They started to attack the Falmutha warriors who were not aware. The Falmouth warriors try to block attacks using anti–ariel defense formation. But the Dragnwets burn them using fire cannons coming for their mouth.

The Anti-aerial defense formation got broken, and the leader raises his spear. He reveals that his name is Gabiru. Gabiru told the warriors that he is taking them to the underworld. He flies up like a rocket and turns back with a massive blow that destroyed everything on the ground. Meanwhile, Souei also destroys the enemies on his side. He notices that the other enemies have headed to the west. On the west side, the enemies spotted Gobta, Hakurou, and two other allies.

Shogo is excited that he will get his hand on them since he was waiting for them. He said his hands are itching to kill the monsters. Gobta and Gelda killed half of the warriors in a blink of an eye. Geld attasks with an Earthquake Stomp and blew the warriors who were left. Gobta saw Shogo and said Shogo is the guy who killed Gobzo. Shogo said he likes it since they have come back strong. Geld told Gobta that he would crush Shogo flat. While Hakurou battles with a sore loser who cut him on their first battle. 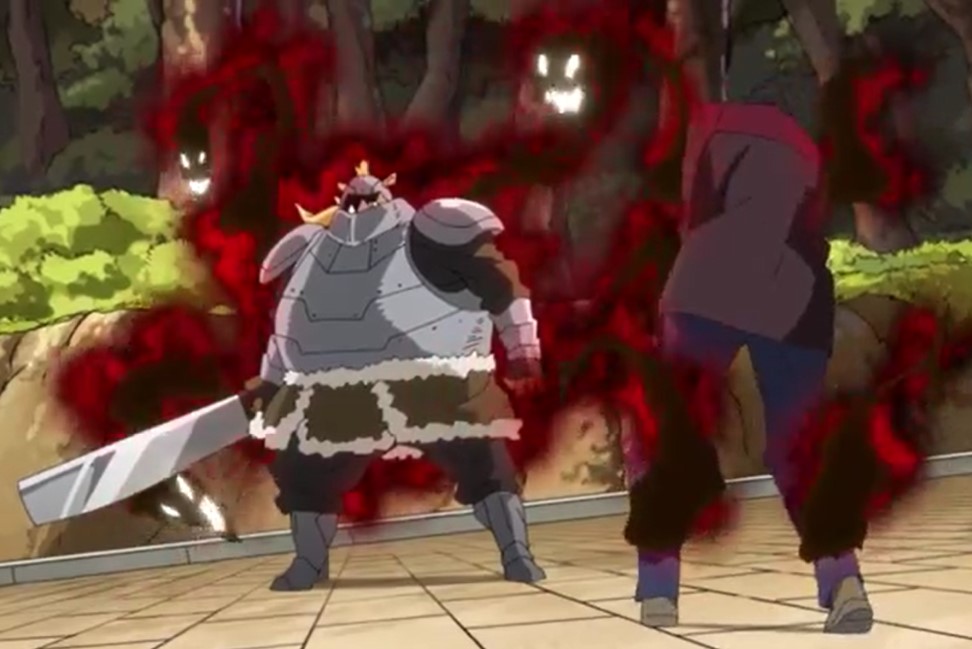 The punks comment that he will cut Hakurou again. Hakurou told the brat that he will show him the essence of the sword. Hakurou uses a Creswater Slash and cuts the brat’s head. He holds the head of the brat and comments that it is over. Only Shogo is left alive, and he wants Geld to fight him with his bare hands. Shogo attacks, but he got defeat by Gelda’s rot powers. Hakurou arrives, and Shogo asks where Kyoka is. Hakurou throws the head of Kyouka toward Shogo.

Shogo escapes commenting that he will get killed. He came back after taking Kirara’s powers, and Gelds told him that he is not a warrior. Shogo told Geld that no matter how many times he kills him, he will keep on regenerating. Geld challenges Shogo to a bare hand combat and showers Shogo with barges of punches. Shogo apologized after receiving a hammer blow and said he was joking. When Shogo’s head was about to be cut, Razen arrives. He blocks Geld’s attack using his magic.

Razen switches on the light in his eyes and discovers that he is fighting with the Orc Lord Geld. He realizes that Geld is too powerful and told Shogo that they have to withdraw for now. The two escape, but when they reach their territory, Razen killed Shogo. He reincarnated in Shogo’s body since he realizes that Hakurou strikes them before they escape. Rimuru strikes with the Megiddo that started to kill the knight while counting until it reached 100000. The new Demon Lord is about to be born.

Don’t miss the Birth of Demon Lord next week on the episode finale. Read That Time I Got Reincarnated as a Slime Season 2 Episode 10.