Teyana Taylor’s Net Worth: How Much The Actress Earns?

Taylor is married to Iman Shumpert, and together, they have two children. 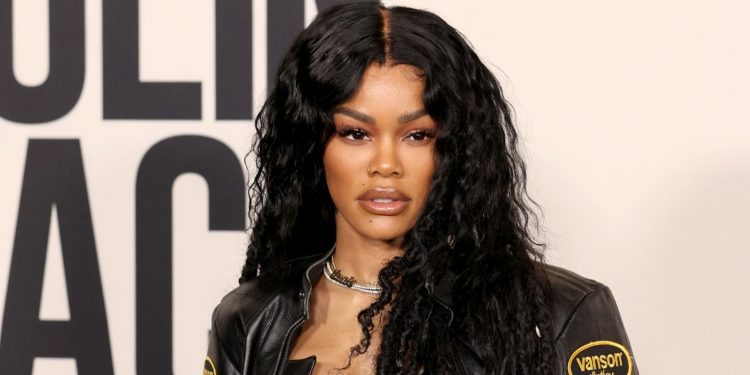 The singer, actress as well as choreographer Teyana Taylor caught national attention with her award-winning performance in Kanye West’s music video “Fade.” The musician, who is also known for her public relationship with the NBA basketball player Iman Shumpert, recently became the first black woman to be crowned Maxim’s Sexiest Woman Alive. The couple returned to the reality series for E! ‘s titled We Got Love Iman & Teyana after welcoming her second child with Shumpert. What is Teyana Taylor’s net worth in 2021?

On December 10, 1990, Teyana Taylor was born in New York. The name Taylor’s parents were Nikki Taylor and Tito Smith. She belongs to the descent of Afro-Trinidadian. Her mother had raised her and had supported her throughout her life. She started performing when she was just 9 years old. Taylor has participated in many different talent competitions, including the Apollo Theater National All-Star talent. While growing up, she was heavily influenced by Lauryn Hill, Brandy, Stevie Wonder, Janet Jackson, and Michael Jacjackso.

Teyana Taylor’s net worth is approximated to be around $5 million as of 2021. She has amassed this fortune from her career in the music industry. Taylor’s musical journey began in the year 2006. Taylor made her debut as a choreographer in the music video for Beyoncé’s single “Ring the Alarm.” In the year 2007, she was signed by the record producer and recording artist Pharell Williams for “Star TrakEntertainment,” a division of Interscope Records.

That same year, she made a giant entry in a Barbie doll box in the fourth season of My Super Sweet Sixteen. The MTV series includes lavish birthday parties for wealthy teens. In 2012, Taylor signed a joint venture agreement with GOOD Music and The Island Def Jam Music Group. She also made her appearance on the compilation album Cruel Summer by GOOD Music.

The following year, Adidas offered her a contract to design and launch two pairs of sneakers. In 2014, Teyana released her debut studio album under GOOD Music entitled “VII.” The album peaked at number 19 on the Billboard 200. In 2016, Taylor released Freak On, the lead single from her forthcoming second studio album. The following year, she began an exercise program, and her dance routine was included in Kanye West’s music video “Fade.” And, in the year 2018, she released her second album, which was titled KTSEKTSE. The same year, she starred as Bl’asia in the Netflix film The After Party. She had also featured in the 2019 film The Trap.

Taylor is married to Iman Shumpert, and together they have two children. After meeting in 2014, the couple started dating, and in 2015 they welcomed a girl together, Iman “Junie” Shumpert Jr. They, then, married in October 2016. Two years later, they appeared on the reality show Teyana and Iman, which is centered on their lives to reconcile career and marriage and at the same time raising a daughter.

Despite positive reviews, the series lasted for only one season. In 2020, the two publically revealed the pregnancy of their second child in their music video for “Wake Up Love” and met Rue Rose in September of the same year. In May 2021, the couple announced their return to the reality show with E! We have love Faith &Teyana.

Iman Shumpert is an American basketball player who plays for the Brooklyn Nets of the National Basketball Association (NBA). Shumpert was probably picked by the New York Knicks in 2011 with the 17th overall pick in the NBA Draft. Shumpert won the NBA championship with the Cleveland Cavaliers in the year 2016. Iman Shumpert was welcomed to the world on June 26, 1990, in Oak Park, Illinois, located in the USA. Shumpert’s birth name is Iman Asante Shumpert, and she is currently 31 years old. His father’s name is Odis Shumpert, who is an insurance broker, and his mother’s name is L’Tanya Shumpert, who is a professor. He has three siblings, namely Kasani Schumpert, Odis Jr. Shumpert, and Ahrii Shumpert. Iman is a US citizen, but his ethnicity is unknown. His birthmark is cancer.

Speaking of his professions: Faith Schumpert was voted 17th overall by the Knicks. After his first game in the Knicks, his teammate Jared Jeffries praised him and rated him as one of the best defenders in the NBA. In 2012, Iman was selected to compete in the NBA All-Star Weekend Slam Dunk Contest. After returning in April 2012, he injured his knee while playing against the Miami Heat. Iman Shumpert played his debut game of the season on January 17 against the Detroit Pistons in London. In the same game, he ended up scoring 8 points with 3 rebounds and 1 assist.

Where Is The Notebook Filmed? Filming Locations & Plot

Will Goku Die in Dragon Ball Z? Everything To Know