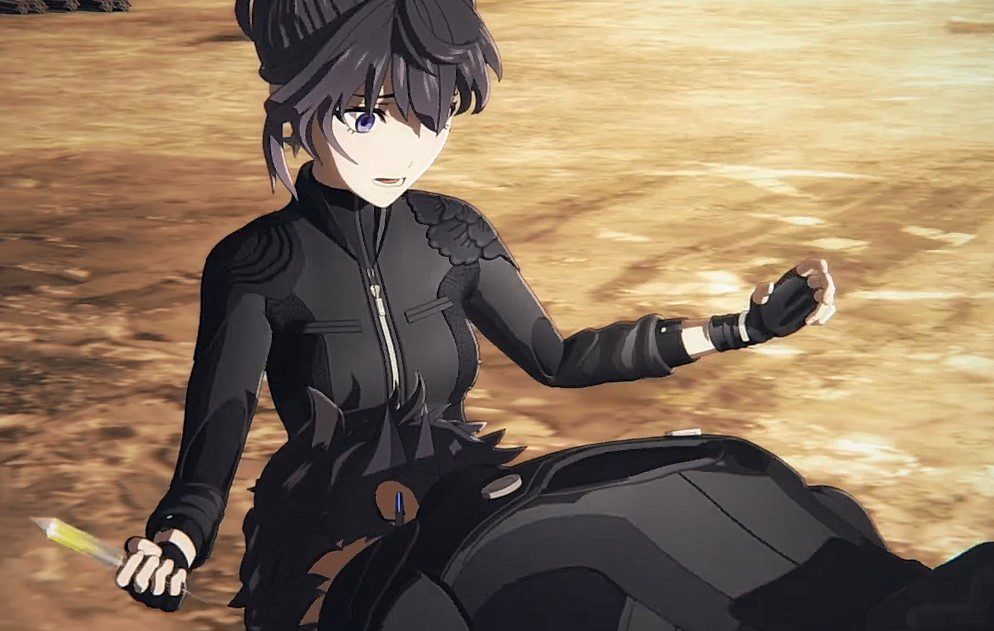 Tesla Note Episode 7 reveals a mysterious sniper who tried to kill Botan since she is the backbone of Mission T. Kuruma noticed the guy from a distance and dived with Botan before he took her out. The mysterious sniper sends a message to his team that sniping failed, but he is withdrawing. Botan sees blood and realizes that Kuruma has been shot. From Tesla Note’s latest episode, Himi na, the crew inside the car saw a suspicious guy flying from the tall buildings and lands on the moving car. Himi wonders what is happening and receives a message from Botan that Kuruma has been shot.

The guy that was flying from the tall building was the mysterious sniper. Himi and the team arrive at the scene and see Botan trying to wake up Kuruma. The American Agents told Oliver to contact the Asclepios. Mikey is glad that the Shard of Tesla is safe and the crew is trying to get an ambulance for Kuruma. The helicopter arrives and picks up Kuruma. Botan is worried that Kurama is on the brink of death and tells them to hurry. They arrived at a longship with a hospital inside.

The doctors begin to treat Kuruma, and Botan talks with the American Agents and apologizes for being too emotional. Oliver heads out with Mikey and wonders why Ryo is helping Kuruma. Mikey realizes that he saw the Lighting Shard, and it is with Himi since Kuruma is hospitalized. His eyes are on that Lighting Shard, and he promises Oliver that they will take it and head back to America. The two talk about the incident, and Oliver reveals that he would have also looked for the culprit if it were his partner.

Mikey met with the boss, who asked him if he had failed the mission. Mikey reveals that the mission is still on since Himi and the others have brought the Shard under CIA jurisdiction. He promised that he would retrieve the Shard, and the boss asked them if they had info about the guy who shot Kuruma. Mikey realizes that few people can snipe from that distance, and those people might arrive to get the Shard. But Mikey has set traps for them since they have set Tempura as bait.

The boss reminds Mikey to take the Shard of Tesla and dispose of A Small House. Botan is still worried that Kuruma took her bullet and the team told her not to worry about that since they are in the heart of the enemy. She wonders if the CIA is still after Kuruma even though they rescued him. Ryu thinks that Kuruma might have been killed as they speak. Botan scolds Ryu for saying that since she believes that Kuruma will live. Himi stops the two from quarreling. Botan heads out to relax, and Himi talks Ryu about his speech. Mikey sends a guy to Botan and uses a mind-control spell.

Mikey wants Botan to get Shard of Tesla from Himi and give it to him. Botan heads back to the room and confronts Ryu and Himi. Mikey knows that they will fight with each other. Inside the room, Botan wants Ryu to apologize and hits Himi with a pillow. Ryu notices that Botan is acting strange and wonders if the CIA did something to her. She took the Shard of Tesla and decided to toss it on the ocean. Mikey realizes that things have changed, and Botan should have given it to him.

Tesla Note Episode 7 will release on 14 November 2021. Botan heads out and locks the door, but Himi tries to get out. The boss sends the message to Mikey that they have discovered two bodies in the engine room. Mikey and Oliver realize that there is an intruder. Botan got kidnapped by the mysterious sniper, and Himi with Ryu rescued her. Kuruma also recovers and joins the team. Let’s look at Tesla Note Episode 7 official updates.

Also Read: Anime Characters With Birthdays in November – All About Them

How To Watch The Return Of Superman Online?

The Night Beyond the Tricornered Window Episode 7: Release Date & Spoilers