Terminator: Dark Fate is a science fiction action movie released in 2019. This film is the sixth movie sequel in the Terminator franchise, which was released in 1984. The American action movie, directed by Tim Miller, starring Linda Hamilton, Arnold Schwarzenegger, Mackenzie Davis, Natalia Reyes, Gabriel Luna, and Diego Boneta. After the events that took place in “Terminator 2: Judgement Day,” the protagonist of the film Sarah Connor, played by Linda Hamilton, feels the nightmares she had before about the world getting damaged by machines are no longer valid as she destroyed Cyberdyne System Corporation. Sarah and John (her son), in 1998, were enjoying their time by a beach, they got challenged by T-800 Terminator. Despite Sarah’s attempt to save her son T-800 kills John.

The movie then proceeds to the year 2020, where a naked woman named Grace gets dropped from a source of light. As the locals go to approach her, she shows her astonishing skills and runs away.

The next day, Dani Ramos, played by Natalia Reyes, and her brother Diego played by Diego Boneta goes to work, and they see a machine taking Diego’s place in the automobile office. Dani tries hard to save her brother’s job, and when she returns, she sees that Grace shots bullets at her father, Vicente played by Enrique Arce (who is actually REV 9, who is disguised as her father). Rev-9, with the help of his power to split into two distinct entities, kills Diego, cornering Dani. Sarah comes and temporarily disables Rev-9’s s power.

Dani finds out that Grace is a cybernetically enhanced soldier who came from the year 2042 to fight the terminators. Sarah discloses that she received encrypted messages about the arrival of Terminators, which ends with the words “For John”. She, with the help of messages, destroys the terminators before they become a threat. She also says that she had stopped Skynet from creating Judgment Day.

Grace uses her enhanced cybernetics to hack the messages and finds that the texts are sent from Laredo, Texas. Dani suggests them to visit their uncle’s house expecting some help from him. Dani enquires about the future of Grace, and she says that Dani is going to be ‘The new Sarah’ and her child is going to be the savior of the world.

Meanwhile, Rev-9 revived his abilities and tried to track the girls. Dani’s uncle manages to help them and send them to the border, but Rev 9 finds them with his abilities and attempts to kill Dani. But Grace Fortunately saved her, but she ended up being severely injured.

The three women were taken to three different places by the terminators. Dani ends up in cages, Sarah ends up in jail because of her criminal records, and Grace has been checked by medical representatives. Somehow, Grace managed to escape and meets Dani, and plans to flee. Dani disagrees with going without Sarah. Fortunately, Sarah, on the other hand, was successful in rescuing them too and found them out, and three of them escapes in a helicopter.

They find out the origin of the messages that Sarah had and get to know that the other terminators were sent by T- 800, the same terminator who killed John. T-800 at that time was aimless, as his mission was complete, and he learned humanity and developed conscience and emotions by staying with humans. He was living as a human named Carl along with a human family and spending his time happily.

On meeting them, Carl decides to help them against fighting Rev 9, though Sarah denied believing in it initially but agreed later. They seek out military-grade EMP and get ready for the battle. In the battle, Carl and Grace throw Rev-9 into a spinning turbine, which resulted in an explosion that damages the two Terminators, and ends up wounding Grace. A dying Grace asks Dani to kill Rev-9 with her power, and Dani kills him.

After the incidents get over, Sarah and Dani spot a ten-year-old girl, Grace, playing on the ground with her friends and living with her family happily in the present time. Everything seemed temporarily fine, and Dani decides to stay with Sarah. And they hope that there are no more Terminators left and the Judgement day never comes.

Casting and the character portrayals

Sarah Connor, played by Linda Hamilton, is the mother of the former leader of Human Resistance. She is featured as a strong woman, who battled with the death of her son, tracked messages of the Terminators, and helped Dani in destroying the terminators. Arnold Schwarzenegger, here is T-800, an aging terminator, who, after killing John and completing his mission, developed emotions, and fell in love with a woman, and started a family. Dark Fate movie being the first film in the Terminator series where Schwarzenegger appears as the nominal character yet does not receive the top position. 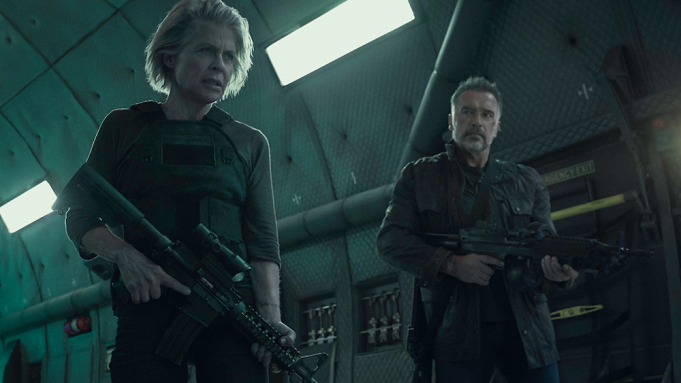 Linda and Arnold reunite as actors together after 23 years, after Terminator 2. They get huge praise for their acting as they gracefully hold onto their characters, and it was a treat to see them back in action. 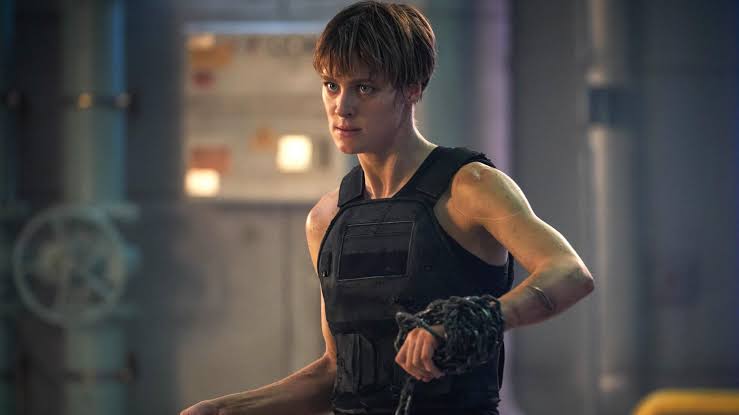 The film is directed by Tim Miller and produced by James Cameron and David Ellison along with Paramount Pictures, Tencent Pictures, 20th Century Fox. The movie was released on October 23, 2019, in Europe. Miller, who had gained popularity because of the huge success of ‘Deadpool’, made a powerful comeback after Terminator.

The 128 minutes long film has a budget of $185–196 million and a box office of $261.1 million. The plans for future films were canceled as they lost $130 million against the production budget. The cinematography is done by Ken Seng, and music is production is done by Tom Holkenborg.

Critics review and the movie’s impact on its audience

The first sequence of Terminator was released in 1984, which was a huge success that made James Cameron add more sequels to it. Followed by that, Terminator 2 too received success. However, Terminator: Dark Fate failed to impress Terminator’s fanbase in a wide-angle. The movie seemed like a do-over and stayed in its classic storyline.

The screen presence of Linda at the age of 63 is seen in rough hair and aviator shades, and Arnold, at the age of 70, the journey from seeing our young childhood hero to an older man fighting the Terminators are undeniable and unmatched. Their physical presence was nostalgic and highly appreciated by the fans.

Reyes and Davis also gave a power pact performance and caught the audience’s attention. The powerful women trio made the movie more attractive. And keeping them at the center of the film and giving them extreme action is really praised. The fighting scene between Grace and Rev-9 is innovative, intense, and acrobatic choreographed. 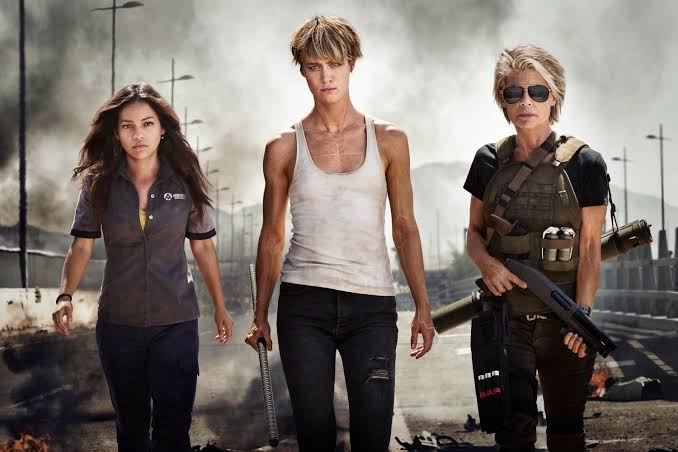 But, the film could not totally touch the expectations of its audience as the powerful duo returns. Dark Fate is surely better than its three previous movies, but it also does not matches the hype Terminator and Terminator 2 created.

A lot of parts had a slowed-down narrative which failed to keep the audience in the grip. Tim Miller has the power to make the action scenes and visual effects look impressive with special and VFX effects. The movie also has a mix of emotions in it. But, it lacks proper storytelling, was quite predictable, and did not have too much to offer.

Dark fate is the third best movie of the Terminator franchise, as it is an action-packed, tough sequel, and it improved a lot from its previous three sequels. The actors, their performances, strong dialogues, last action scene, visual and sound effects are big thumbs up of this movie and make it worth watching.

Overall, the film serves as a mediocre conclusion to the first two sequels of Terminator. My ratings for Terminator: Dark Fate is 3.8/10.

Valtteri Bottas Divorce: Has The Racer Separated From His Wife?

What was the reason behind Valtteri Bottas Divorce? Well, Valtteri Viktor Bottas, who is also well-known as Flying Finn, is...

Was Beck Cheating On Joe? Know About The Netflix Series ‘You’